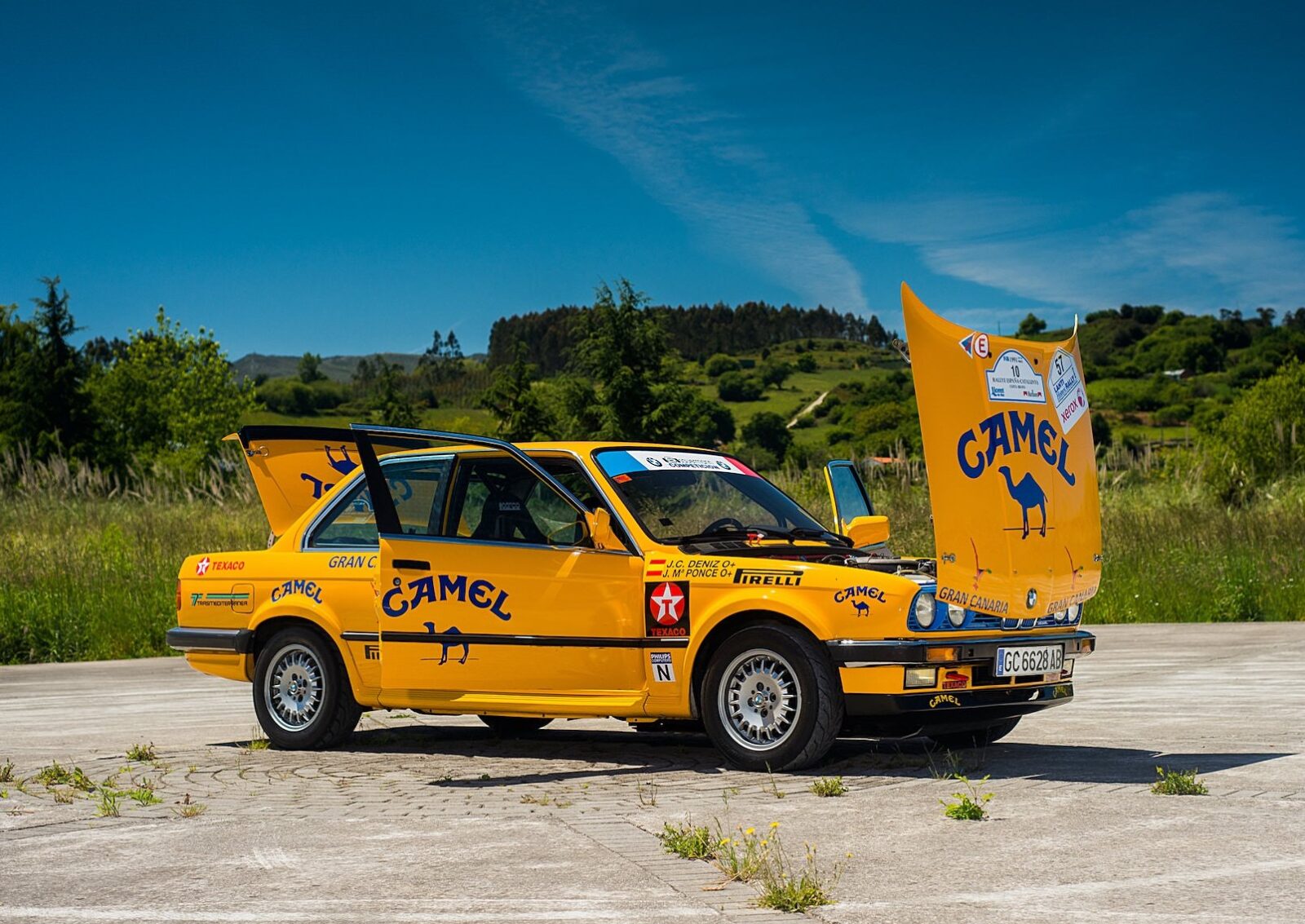 The BMW 325 iX was the first BMW road car to be offered with all-wheel drive, it was first released back in 1986 as an answer to the Audi Quattros which were dominating in the world of rally and enjoying a sales boost as a result.

Development Of The BMW 325iX

Rather than developing an all-new AWD car from scratch BMW’s engineers created a new version of the popular E30 with a newly developed center differential to send power both forwards and backwards with a 37/63 front/back split.

Complex computer controlled traction systems did exist in the 1980s however they were beyond the scope of the BMW iX project. BMW instead fitted the car with a Ferguson-type viscous coupling filled with silicon to split the torque front and rear, with a second silicone filled viscous coupling in the rear to act as a limited-slip differential.

Although relatively simple by today’s standards, the central viscous coupling could send up to 90% of torque to the front or rear depending on which wheels had the best traction and it was lauded by journalists in period magazine reviews.

Rather than going into too much detail about how the drive system worked I’ve added an excerpt below from the comprehensive history on the BMW iX from the (highly recommended) Bimmer Forums below:

“Two “limited-slip” Ferguson-type viscous couplings are fitted on the 325iX. These are filled with silicone and are not computer controlled. The one behind the transmission splits torque front to rear (nominally 37/63%). A series of plates with holes and slots turn in the silicone fluid. Some plates are attached to the front axle driveshaft and some are attached to the rear axle driveshaft.”

“Normally the plates turn at the same rate without relative motion. The silicone becomes very viscous as soon as it is heated by friction and shear caused by differences between the motion of the plates. This tends to lock the driveshafts. If the rear wheels and driveshaft are slipping and turning faster than the front, friction between the plates increases, slippage is reduced, the rear wheel spin is reduced and the power from the input shaft is transferred to the front.” 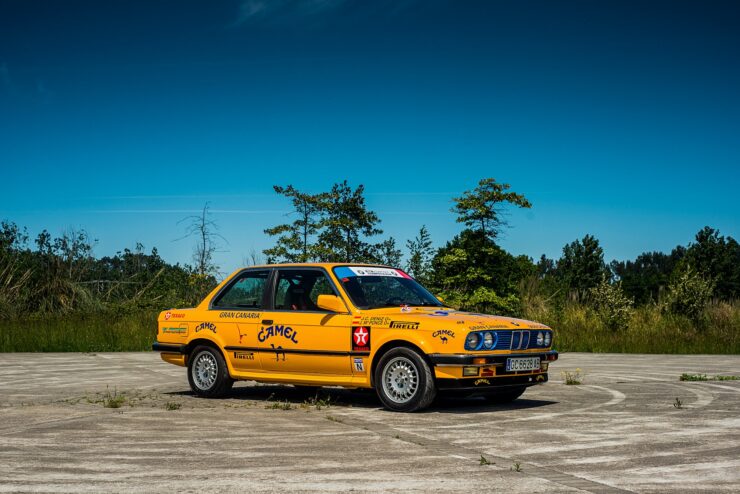 Above Image: The 325iX has slightly wider wheel arches than the regular 325i, there are a number of other significant changes under the skin too, all to get the AWD drivetrain to fit in.

Although from the outside the BMW 325iX looks almost indistinguishable from the regular BMW 325i there have actually been significant changes made. The track width of the iX is slightly wonder and so the wheel arches are wider, the ride height of the car is about 20mm higher as well, and the front suspension was modified to fit the new front drive system in place which is immediately noticeable when you open the hood.

In the years that have passed since the 325iX was introduced the model has proven reliable, particularly remarkable when you remember that this was the first all-wheel drive production BMW and many of the engineers were designing these system for the first time. Once notable difference between the iX and the regular car is that the iX needs to have its viscous couplings rebuilt approximately every 70,000 miles.

Over the course of the 1986 to 1991 production run a little over 15,000 examples of the iX were built, all left-hand drive save for a few that were converted after leaving the factory. Both two and four-door versions were offered and some of these cars were converted by their owners into rally specification to try their hand at racing.

In the years since the 325iX left production BMW has released dozens of all-wheel drive vehicles, all of which can trace their lineage back to the boxy little modified E30 from 1986. It’s not known how many 325iXs have survived, many succumbed to rust and neglect, a few were put sideways into trees by owners who found a gravel road and decided to try their hand at being Walter Röhrl.

The car you see here was driven in the 1991 Spanish Rally Championship by José María Ponce with co-driver José Carlos Deniz finishing second in class at the 1991 Rally de Catalunya.

It’s accompanied by FIA Historic Technical Passport and homologation book sheet, along with a raft of photographs documenting its life as an active rally car.

It’s not everyday we see a 325iX come up for sale that was raced in-period, and the fact that this car comes with its FIA Historic Technical Passport means that it will be eligible for a slew of vintage motorsport events should the new owner wish.

The car is currently being offered for sale by Collecting Cars and you can click here if you’d like to read more or register to bid. 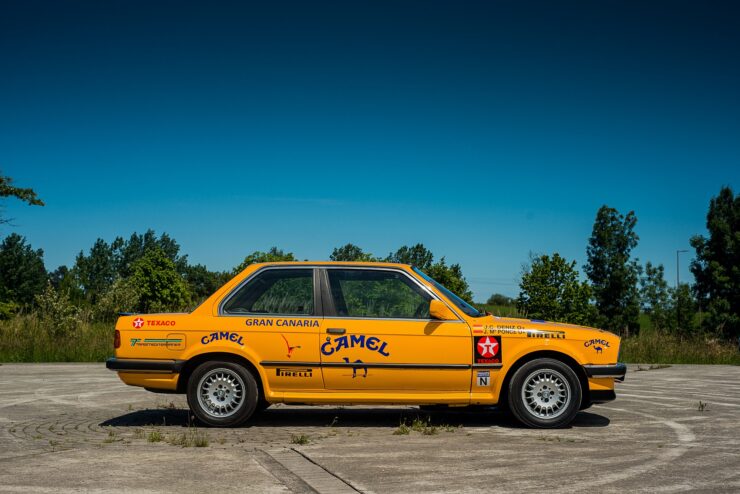 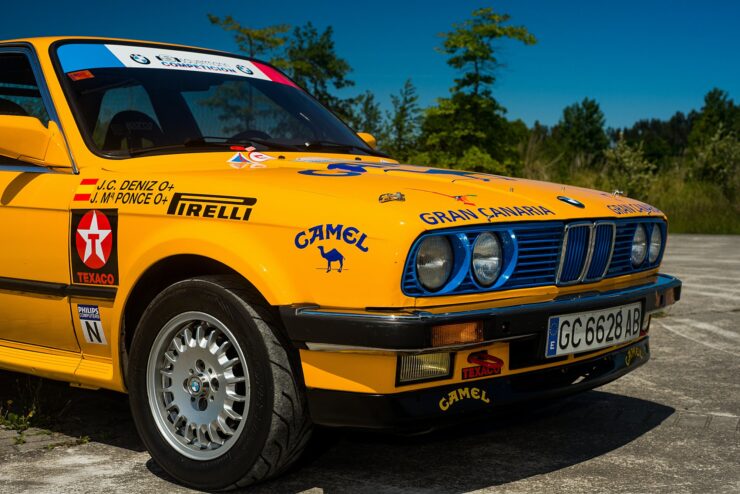 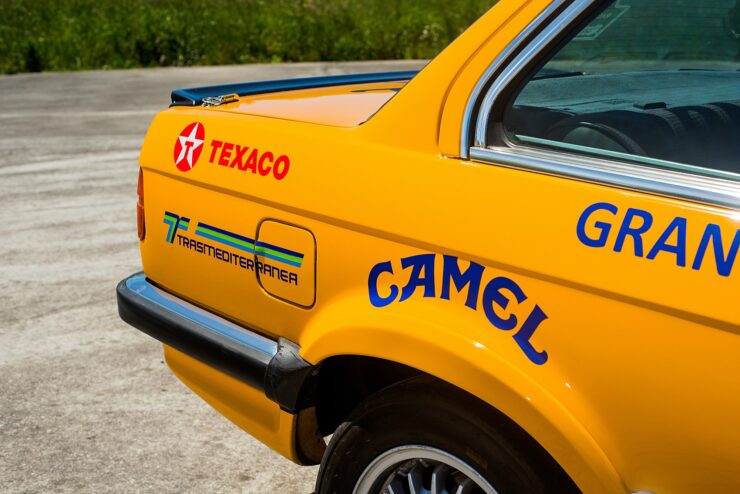 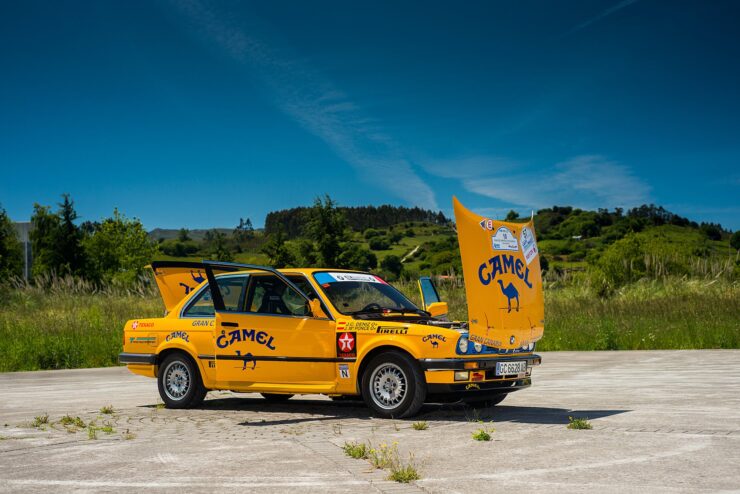 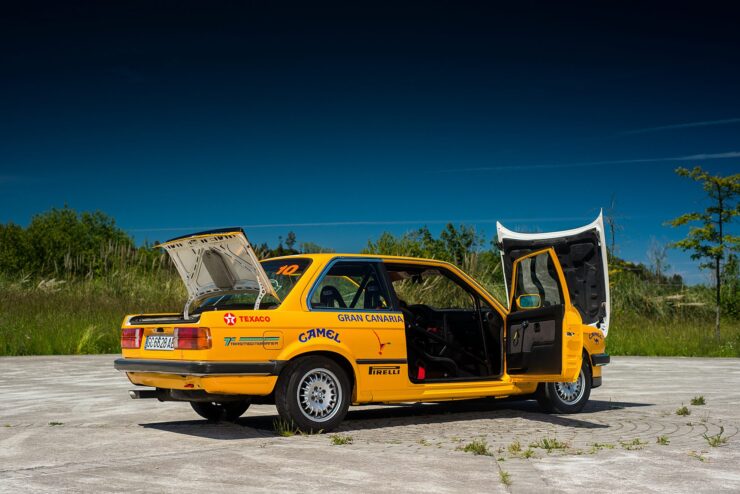 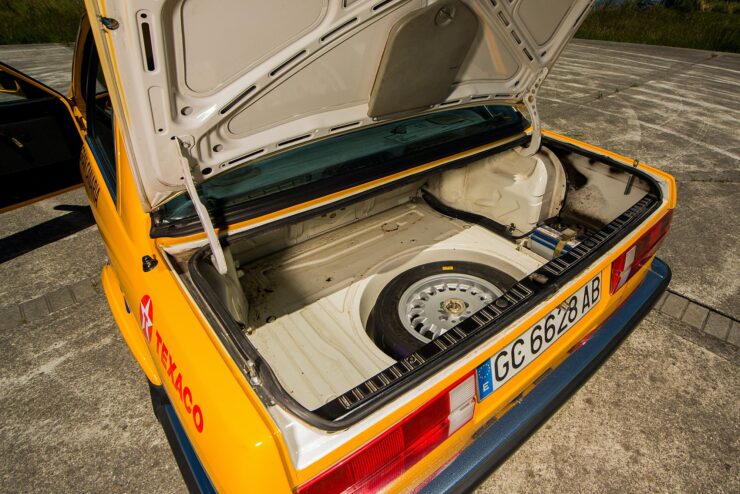 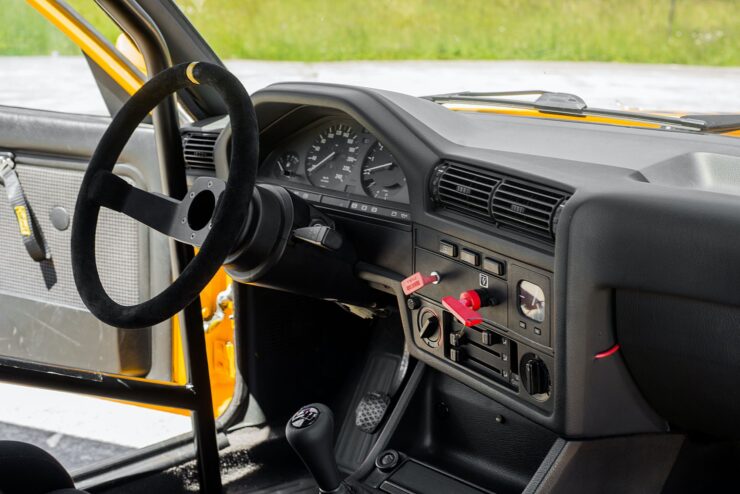 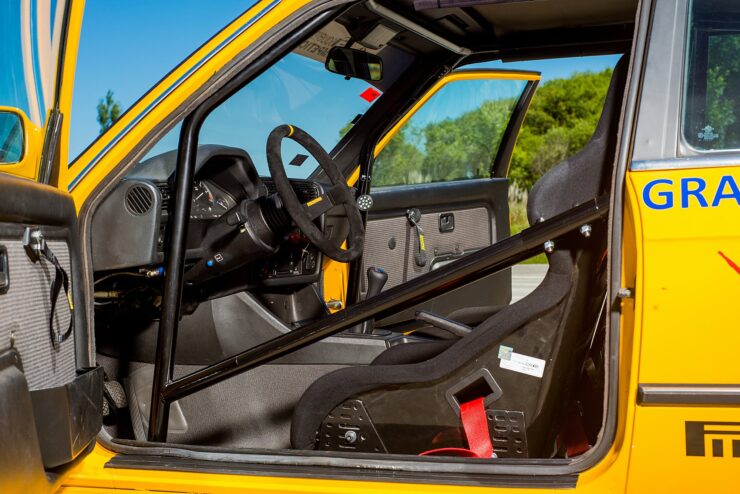 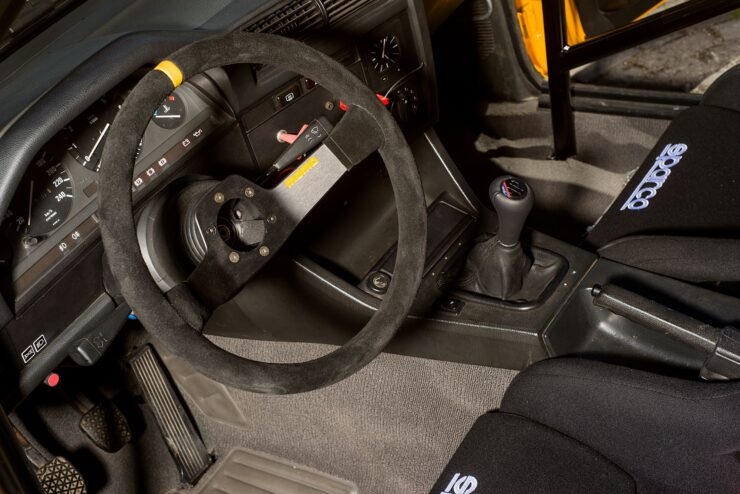 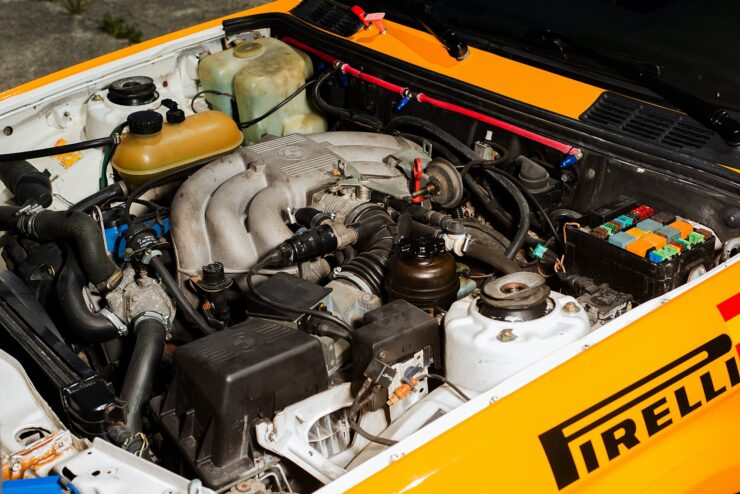 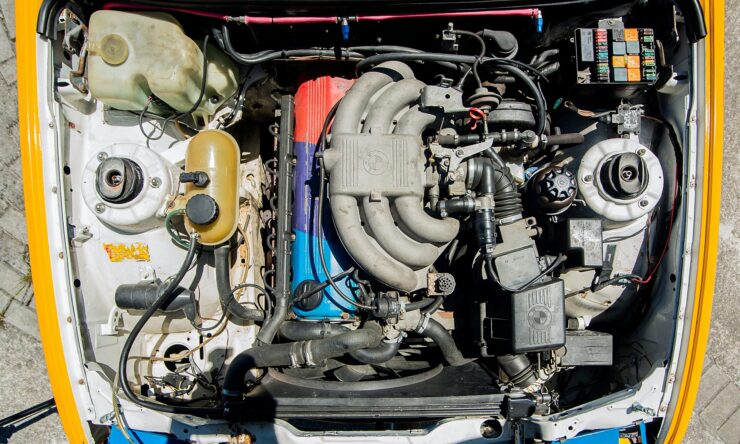 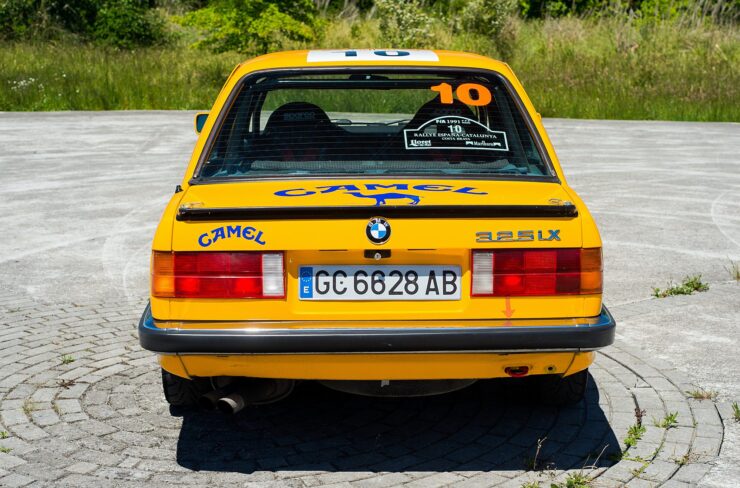 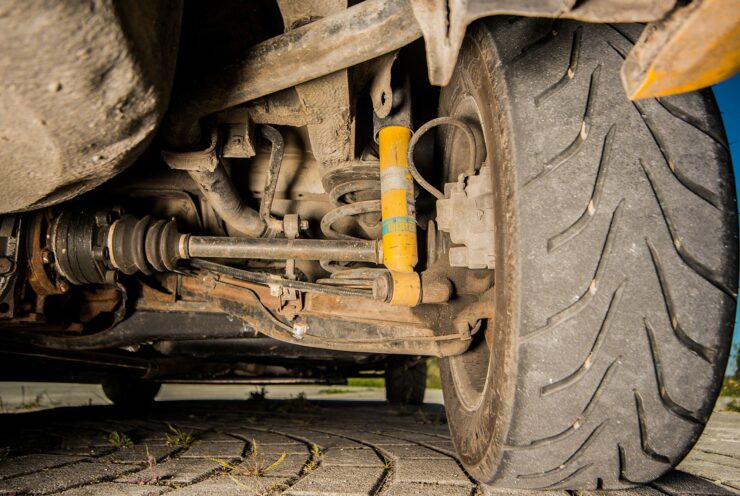 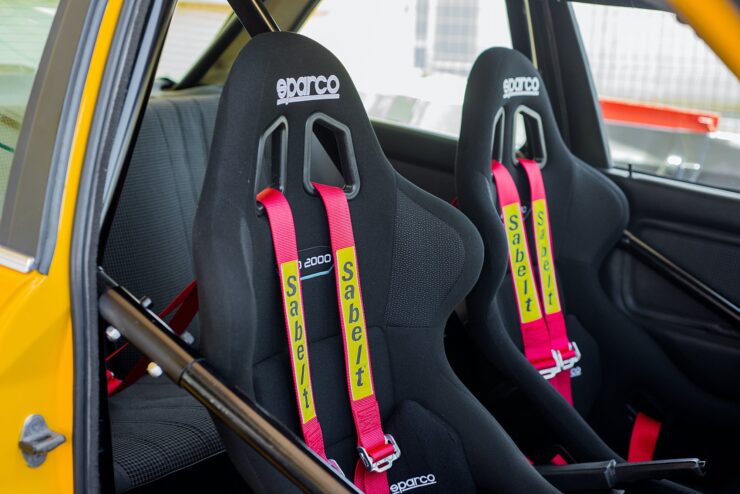 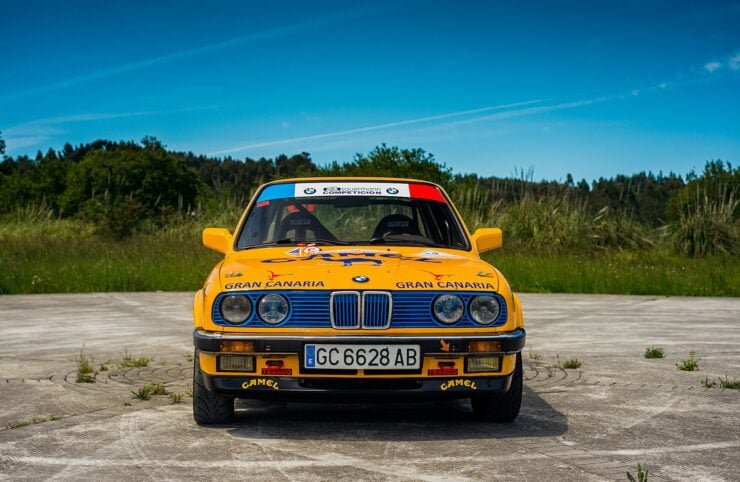