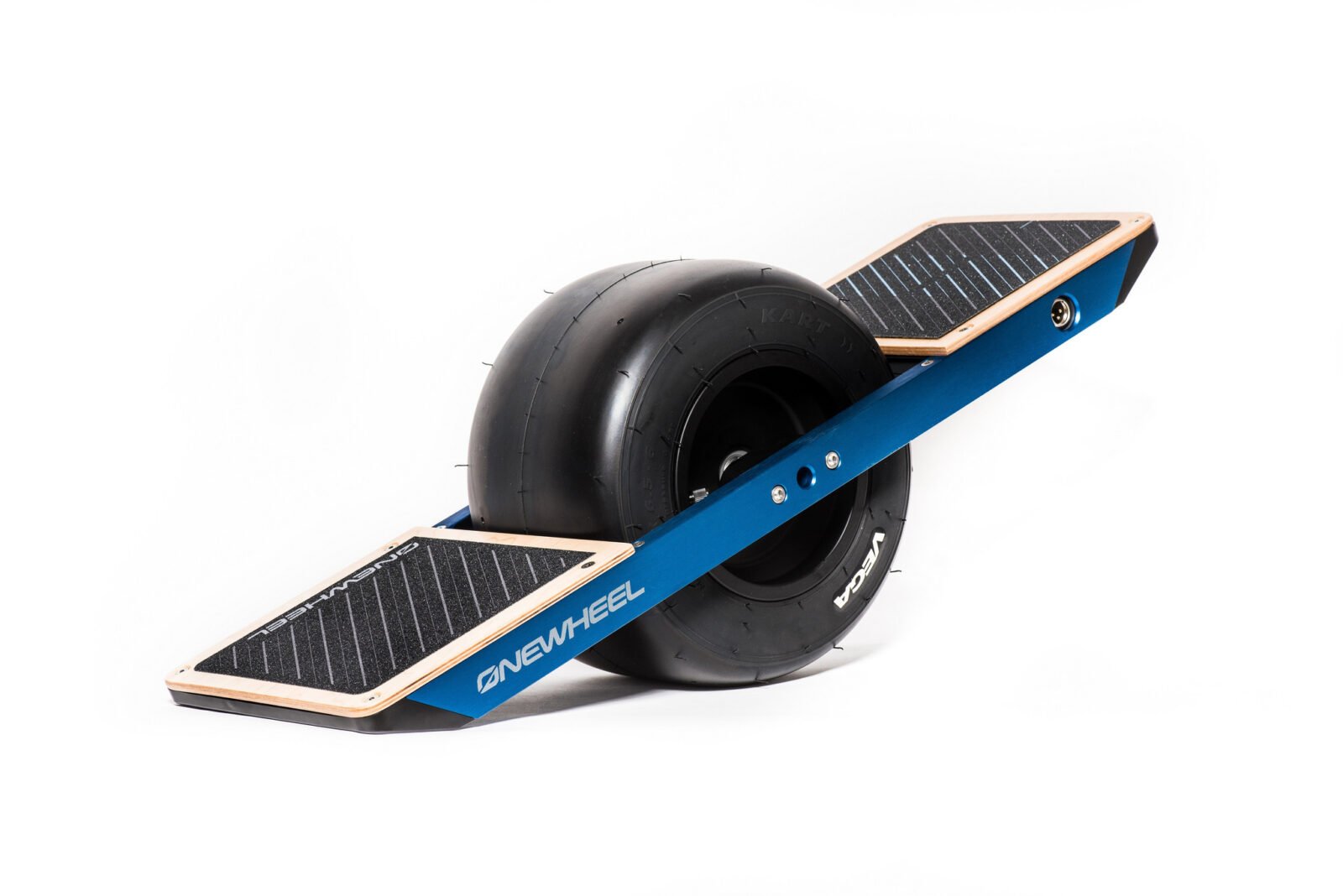 The Onewheel is an electric skateboard with a difference – it only has one wheel. Although the sharper amongst you may have surmised that from the name.

With a top speed of 15 mph, the Onewheel has similar capabilities to a standard off-road electric skateboard. The large centre wheel allows it to cross uneven and varying terrain reasonably easily, with the rider accelerating and decelerating by either leaning slightly forwards or backwards – the complex onboard computer does the rest and applies torque as required.

Each Onewheel has front and rear lighting, a built-in lithium-ion battery pack with a range of 7 miles per charge, and an Ultracharger that plugs into any standard socket. 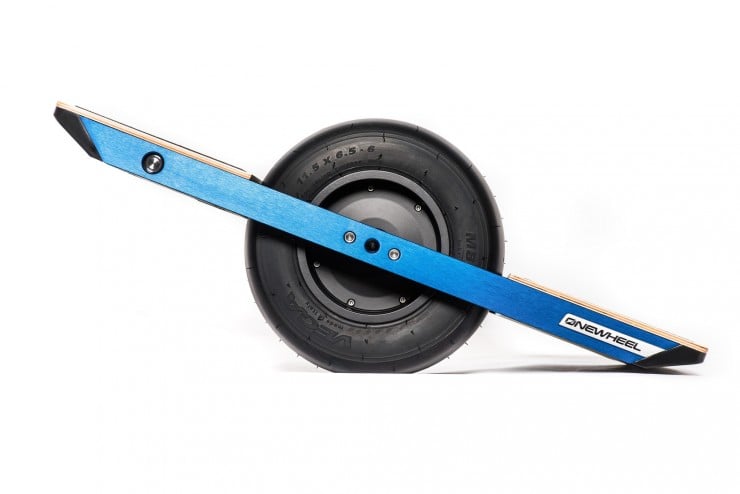 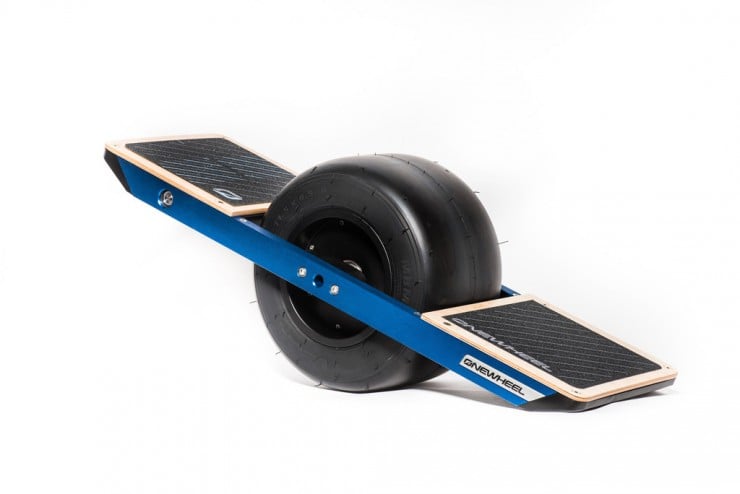 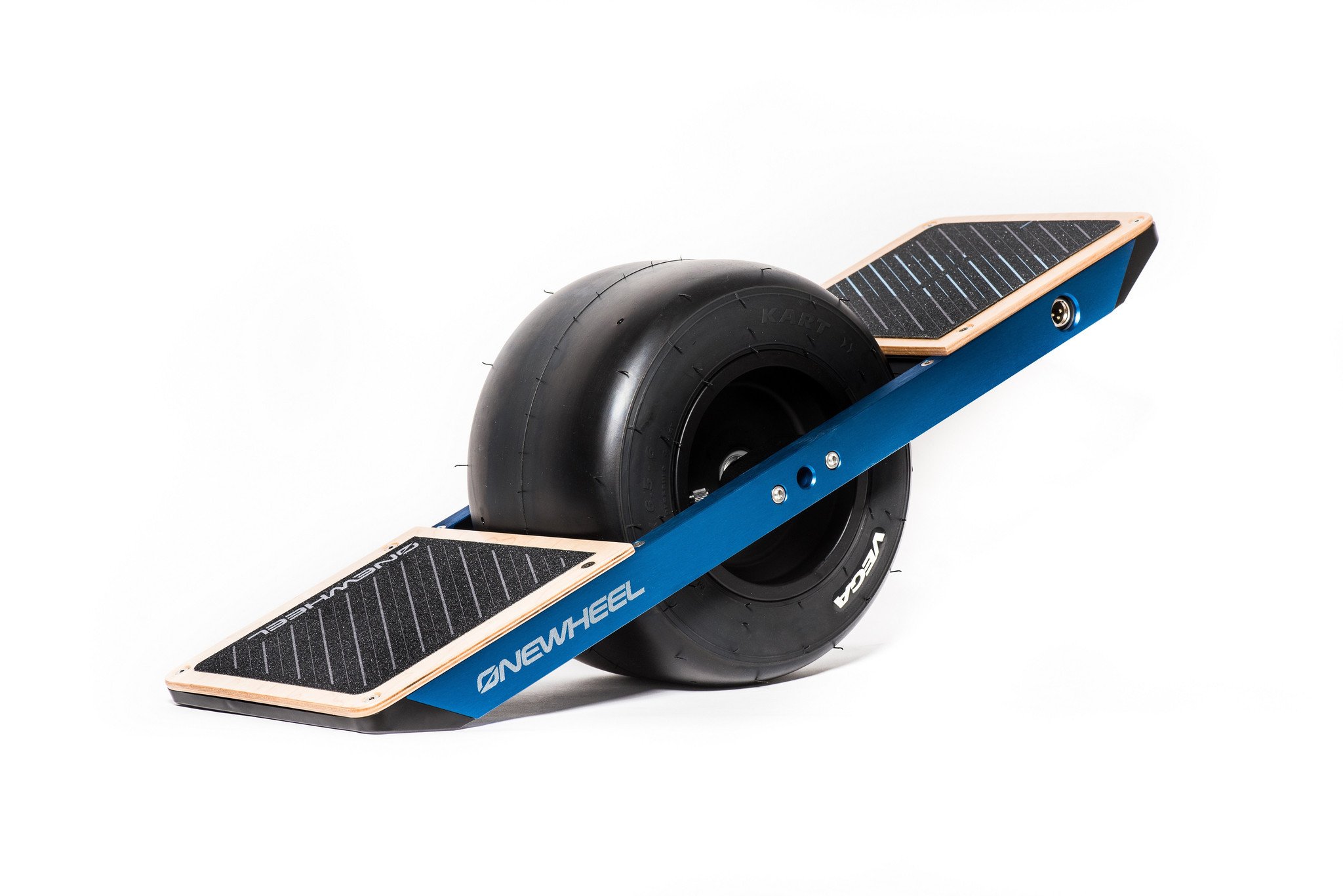