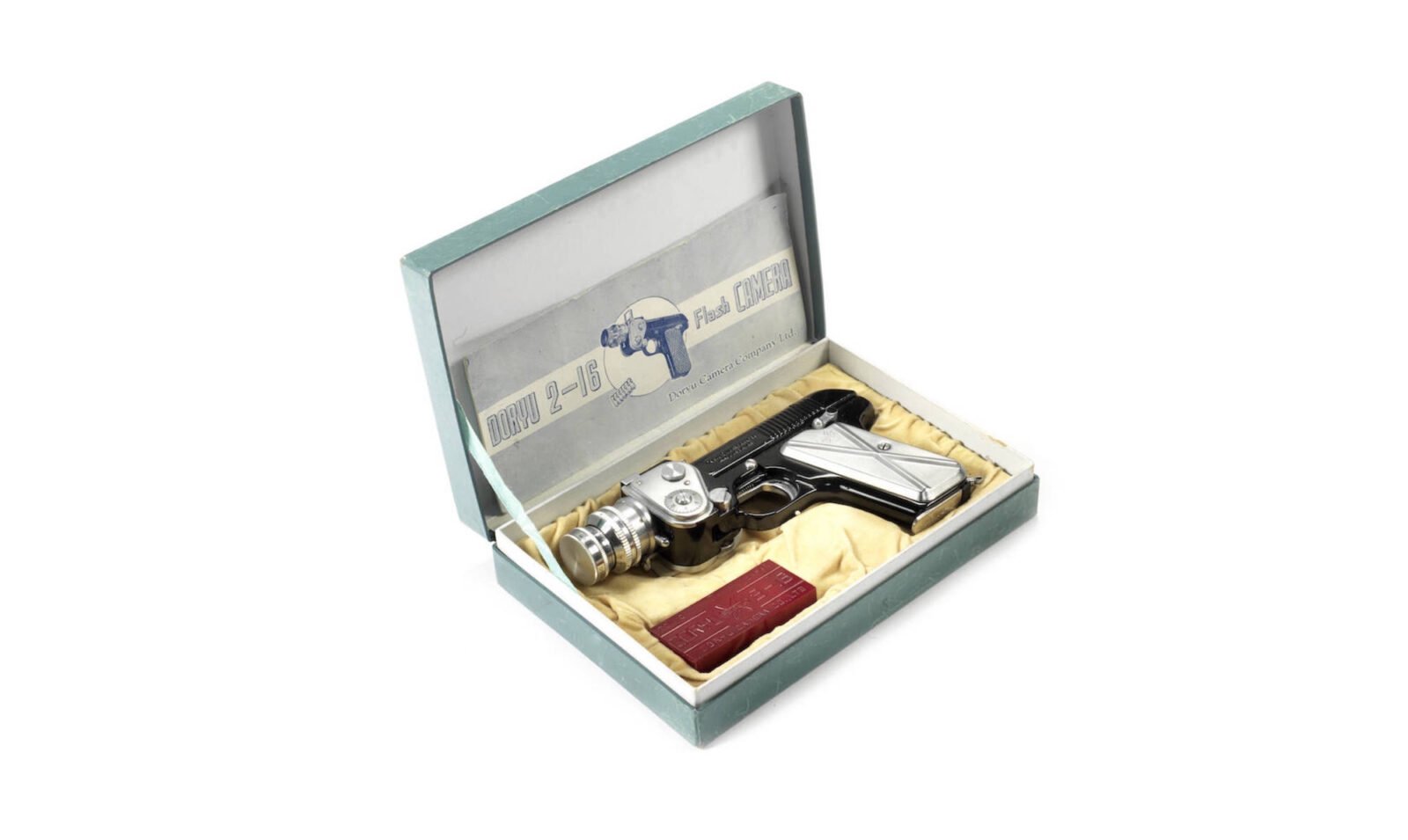 The Doryu Camera Company developed two generations of pistol cameras for police and surveillance tasks – although exactly why the police would need a camera that looks like a semi-automatic handgun is lost on me.

This is the 16mm version of the model, called the Doryu 2-16. It has an f/5.6 30mm lens and comes with the original leather holster. It’s thought that only 600 or so were produced so the surviving examples are in high demand, this one has an estimated value of between $18,000 and $26,000 USD and will be sold by Bonhams on the 3rd of December. 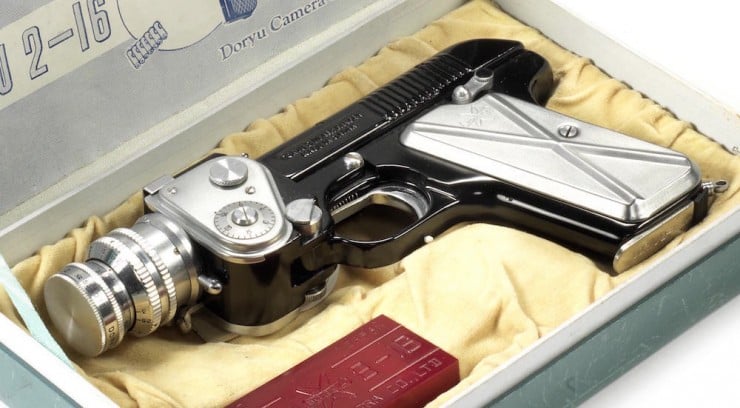 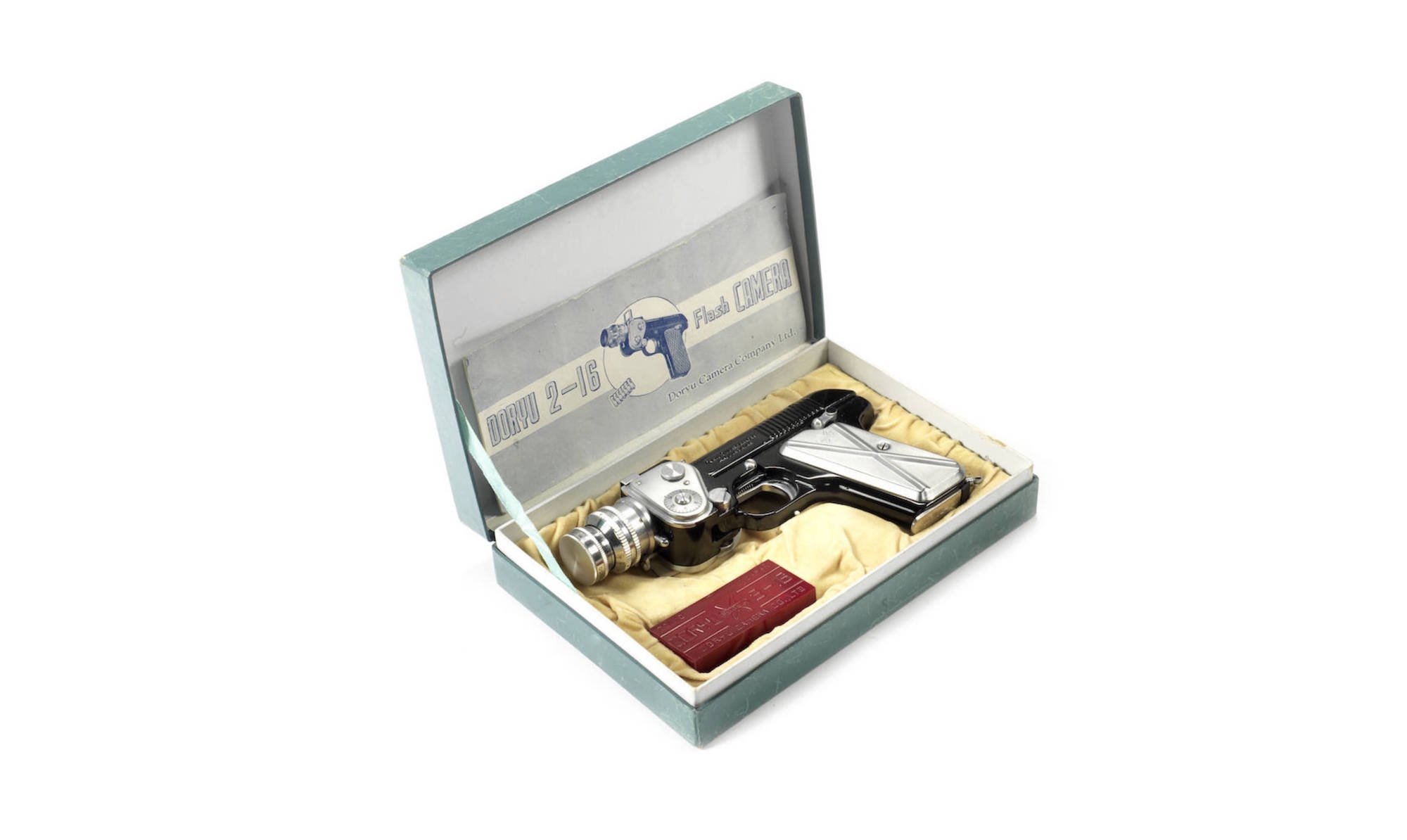