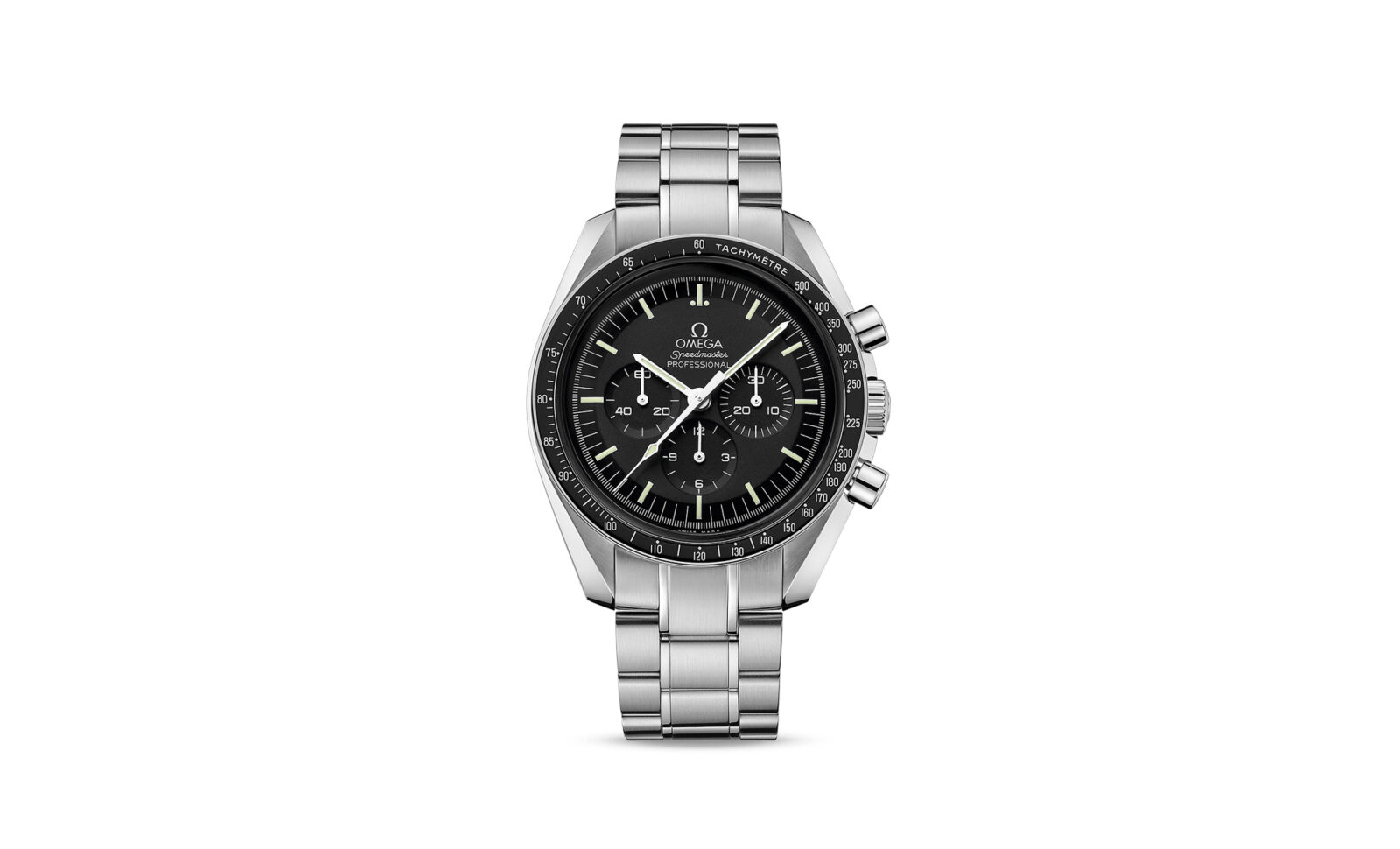 The Omega Speedmaster Professional Moonwatch is a modern re-issue of the Omega 1861 calibre manual-winding chronograph movement that was worn on the Moon by each of the Apollo astronauts from the 11th mission onwards.

Omega ships the Moonwatch in a presentation box which contains a “NATO” strap, a strap for astronauts (you never know when you might need that), a tool to change the bracelet, and a book that tells the Speedmaster’s story. 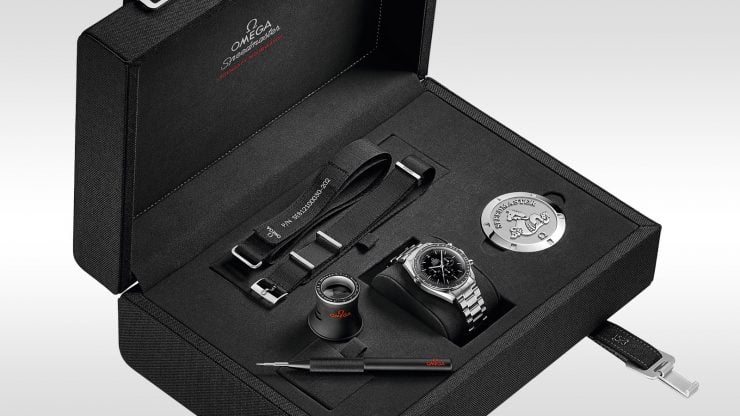 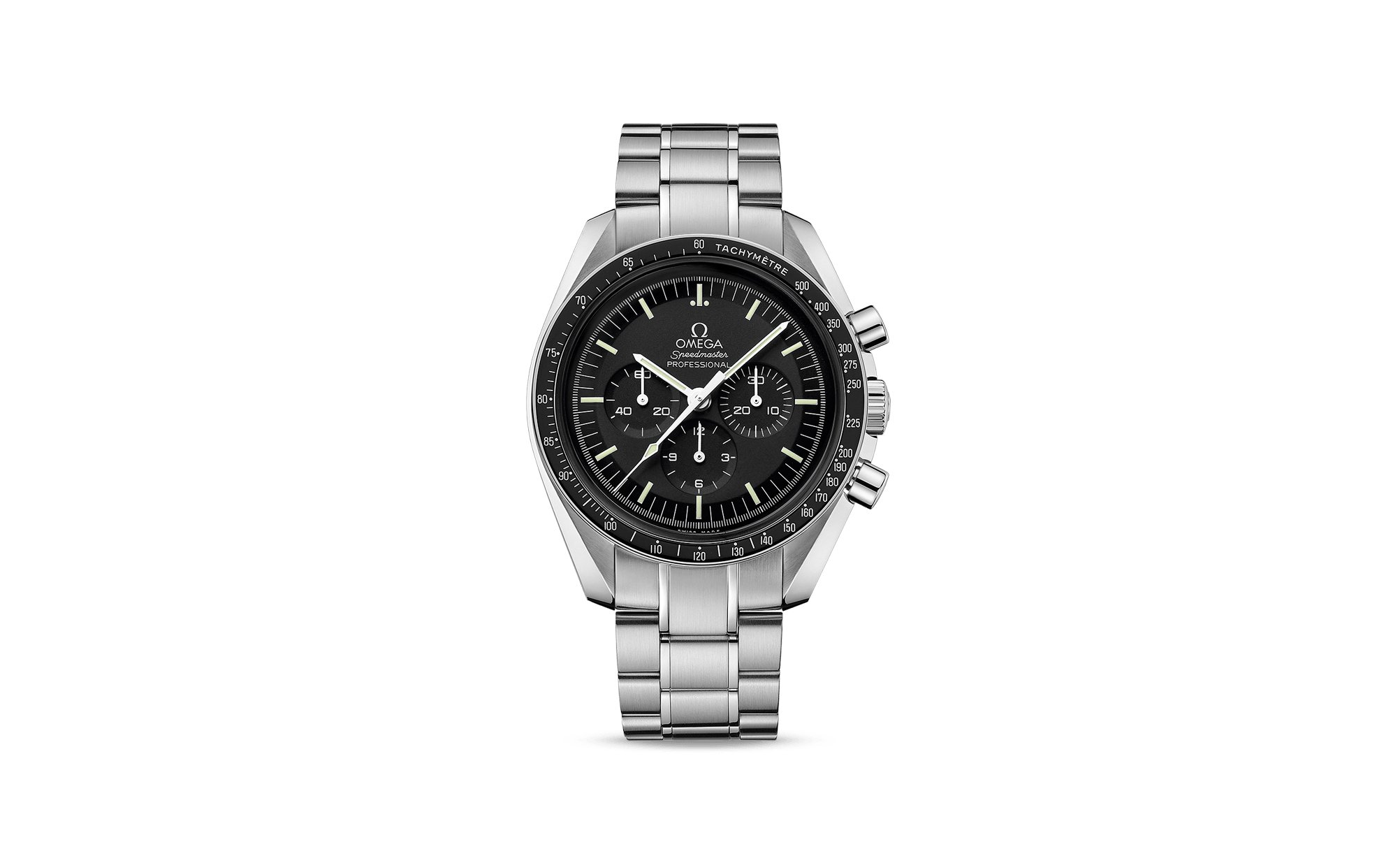