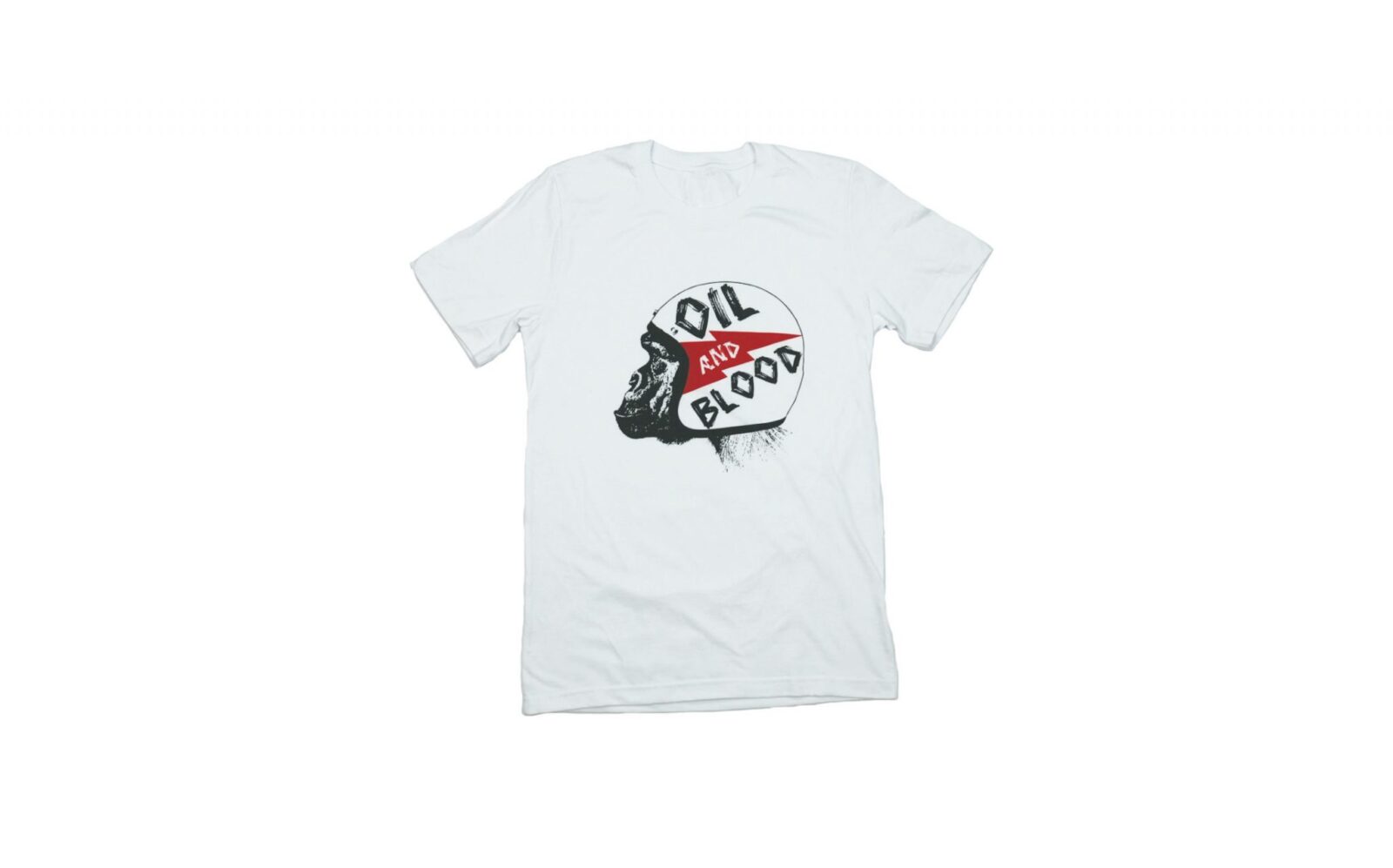 Steve Carter and Luke Andrews are a pair of blue collar boys from Las Vegas who have a deep-seated love of motorcycles and the surrounding culture. They recently started Oil & Blood Garage as a way to combine these two passions and this tee is one of their most popular designs.

The Chimp Tee is currently on sale for $19 USD and it’s available in sizes ranging from S right through to XXL.