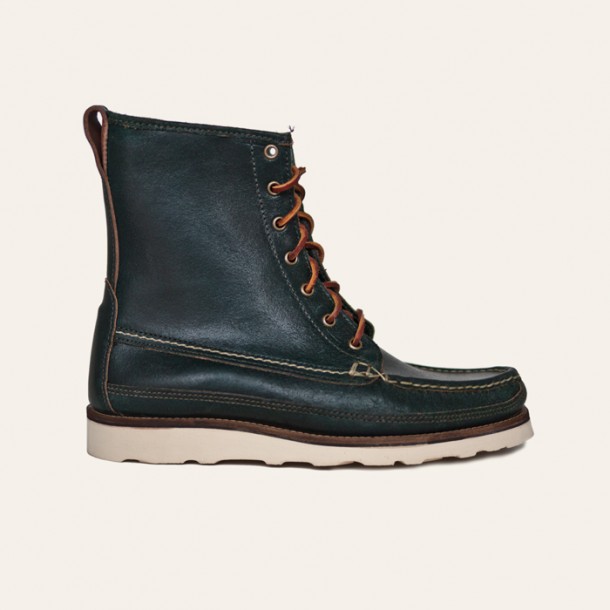 Oak Street Bootmakers is a small company that makes the kind of boots our grandfathers wore, by hand, one at a time. Founder and designer George Vlagos apprenticed in his father’s shoemaking company as a child and founded Oak Street as a way to keep the old methods alive for another generation.

Each pair of boots is designed in Chicago and handmade in the USA using Horween Chromexcel leather, check out their well appointed online store here.