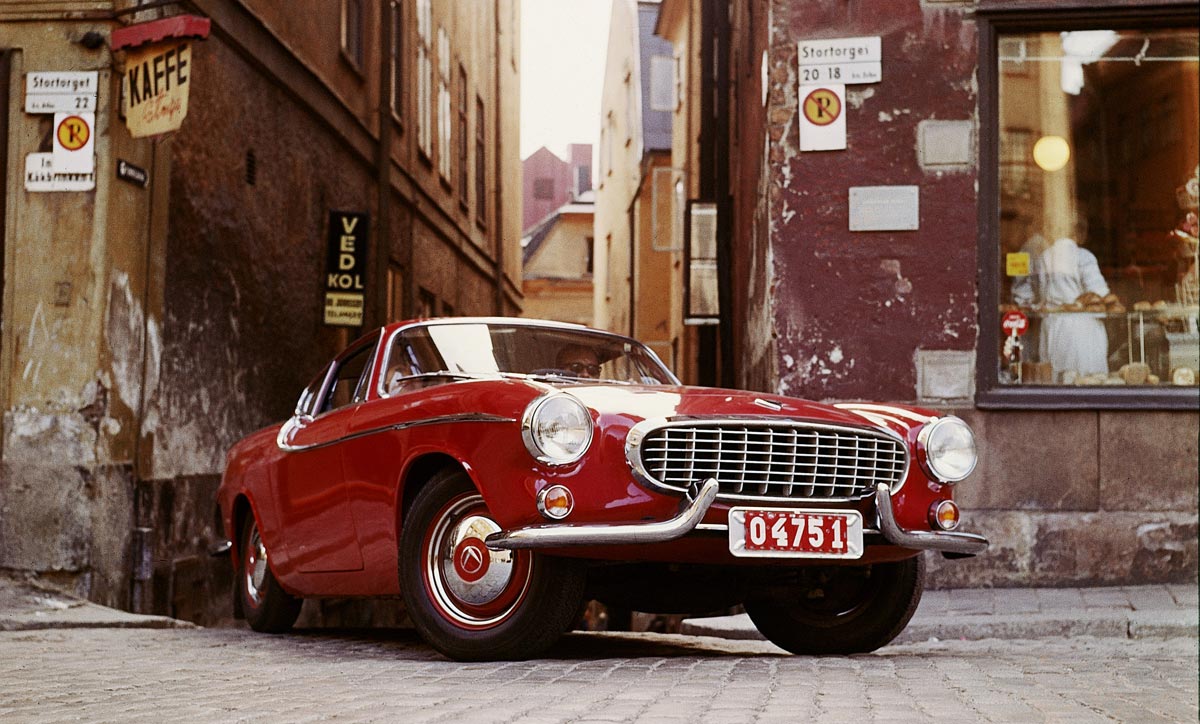 The Volvo P1800 is one of those classic cars that very nearly never existed, Volvo had contracted Karmann to build the beautiful coupé however before full production began Karmann received an ultimatum from VW clearly stating that if they built the P1800 for Volvo, VW would cancel all contracts with them. This left Karmann with no choice but to abandon the P1800, which in turn left the future of the P1800 on very thin ice.

Somewhat by accident in 1958 a Volvo brochure was released that included pictures of the P1800 prototype, the world hadn’t seen the car up until this point and the staggering amount of interest it generated forced Volvo to both admit it’s existence and find a way to get it built.

British automaker Jensen was contracted to build the car and production began in Scotland with final assembly taking place in Bromwich, England. The P1800 went on to feature in the TV series “The Saint” featuring Roger Moore, Moore fell in love with the sporty little Volvo and bought one for himself after the first seasons filming was wrapped up.