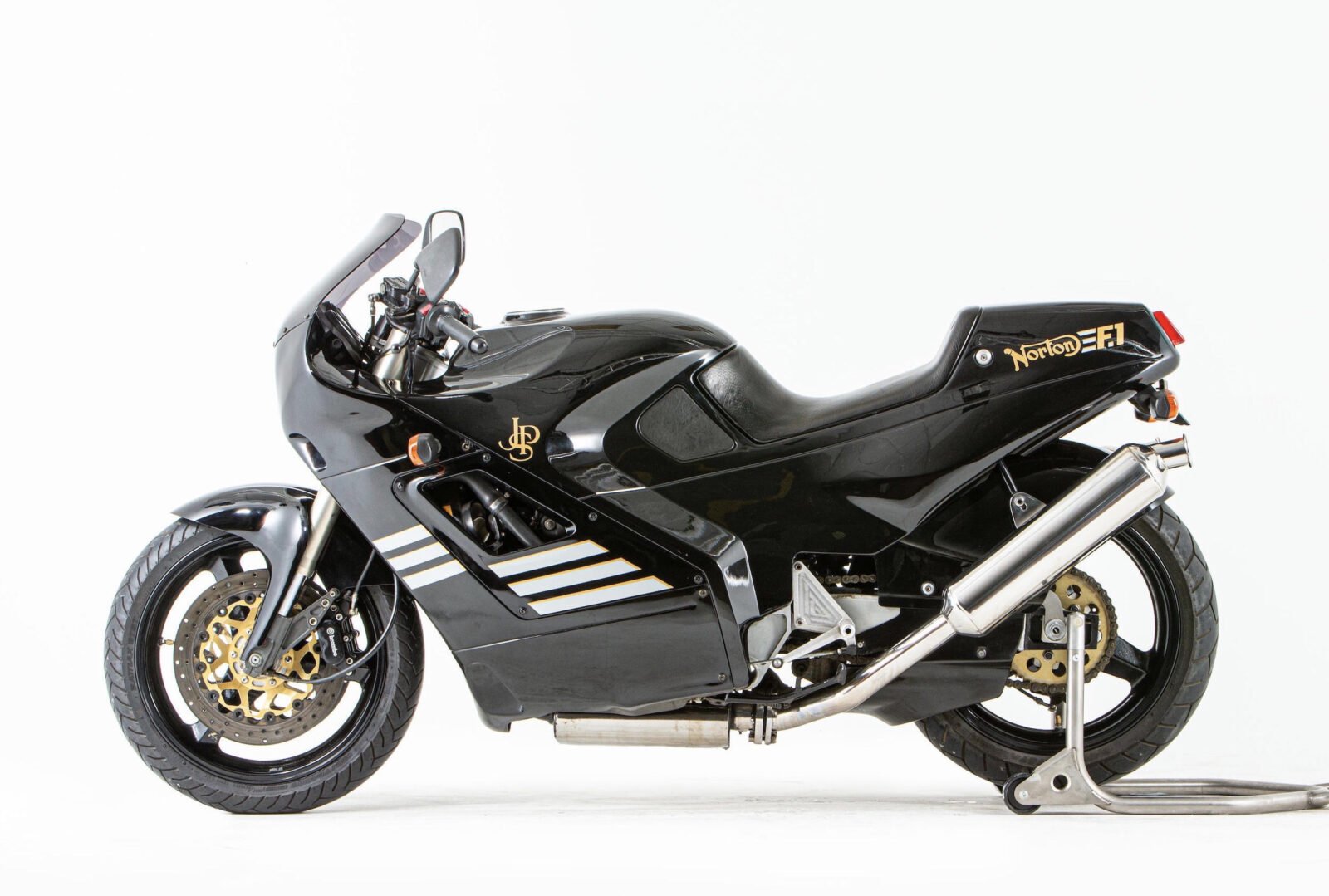 The Norton F1 was released in 1990 as a road-going version of the Norton RCW588, a superbike that would shock the world by taking a slew of wins including including first place in the 1992 Senior Isle of Man TT race.

It also took popular wins at the Cadwell Park, Mallory Park, and Thruxton, with its most famous successes being winning the 1989 British Formula One (Motorcycle) Championship and the 1994 British Superbike Championship.

The reason this was a shock to many is because much of the motorcycling world had written Norton off years earlier. The company had gone bankrupt in the 1970s due to a combination of poor management, a lack of innovation, and increased competition out of Japan.

The 1970s and 1980s had been a hard time for the cash-strapped company however all was not lost, an engineer named Brian Crighton had been working on further developing the Wankel engines developed by David Garside at BSA in the 1970s. Crighton received no backing from Norton factory management and instead had to work on the engine using his own time until the late 1980s. 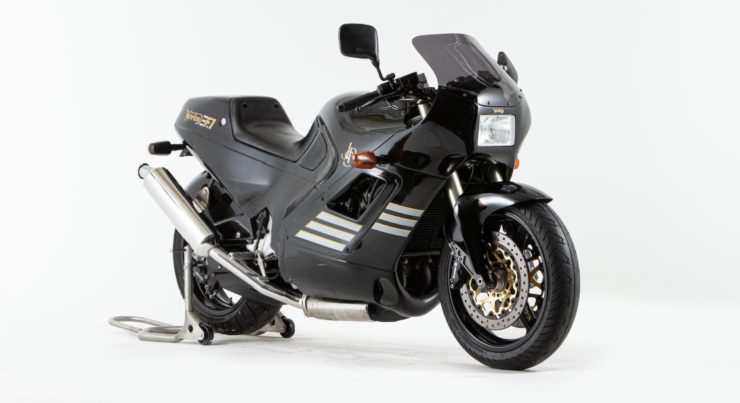 In 1987 he finally received approval from Norton management and a prototype racing motorcycle was developed, the pace of further development was lightning fast – just two years later they took their first national racing championship with the aforementioned 1989 British Formula One (Motorcycle) Championship.

In the 1970s and 1980s it looked to many as though the Wankel rotary engine may very well be the way of the future. The incredibly simple design of the Wankel engine with its very few moving parts combined with the fact that the rotors move in a (somewhat) circular motion rather than a reciprocating motion seemed to suggest it was only a matter of time before it became the dominant engine type.

By the 1980s Mazda had already been pass-producing Wankel rotary-engined cars for many years and a few motorcycle companies had tried their hand at it too. Ultimately there were a few issues with the Wankel design that meant it wouldn’t see much of a future in an increasingly emissions-controlled world. Much as with two-stroke engines lubricating a Wankel engine required oil mixed with fuel, and apex seals at the tip of each rotor typically wear out and they require a full engine disassembly to replace.

Neither of these key shortcomings are a major concern for racing however, and Norton used the engine’s inherent advantages to take a slew of wins including their first win at the Isle of Man since 1961 – a place they had formerly dominated.

When the Norton F1 was first offered for sale in 1990 it was clear that it had been designed to look a lot like the RCW588 racing motorcycle. It was a largely new design however that used a modified version of the 588cc liquid-cooled, twin-rotor Wankel engine mounted in an aluminium, twin-spar, perimeter frame.

If you’d like to read more about this Norton or register to bid you can click here to visit the listing, Bonhams estimate that it’ll sell for between £20,000 and £30,000. 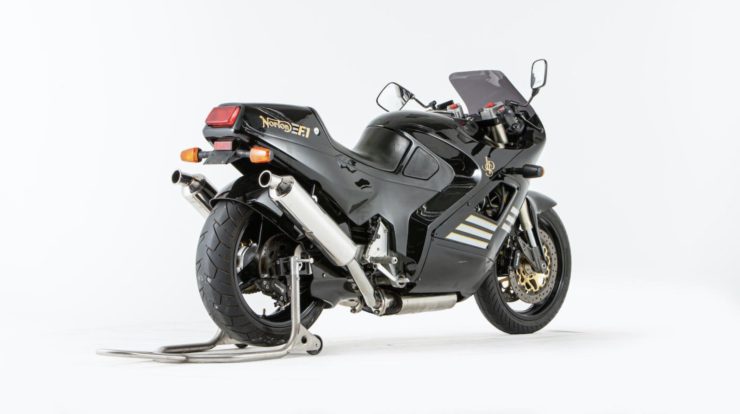 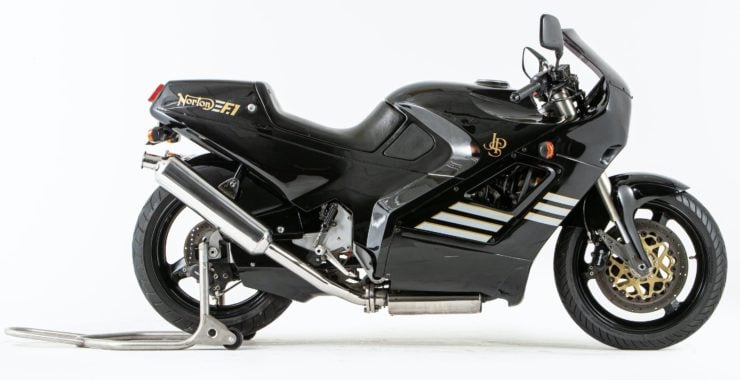 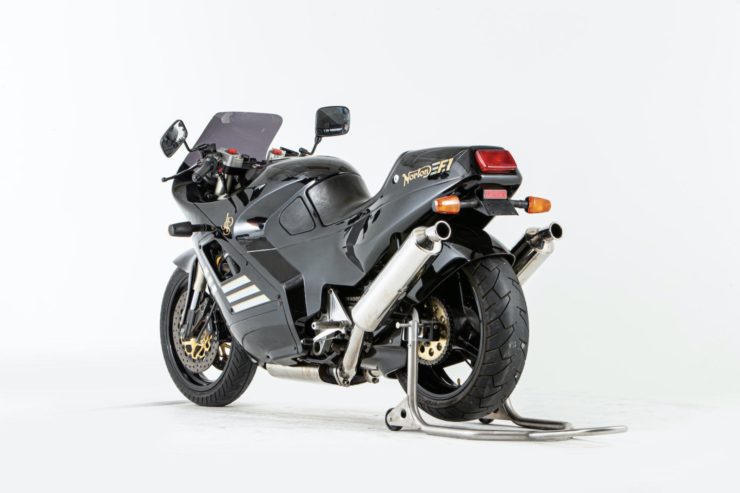 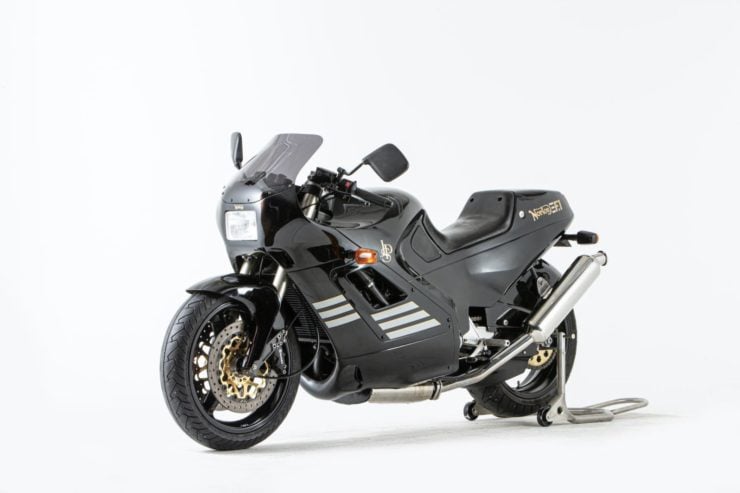 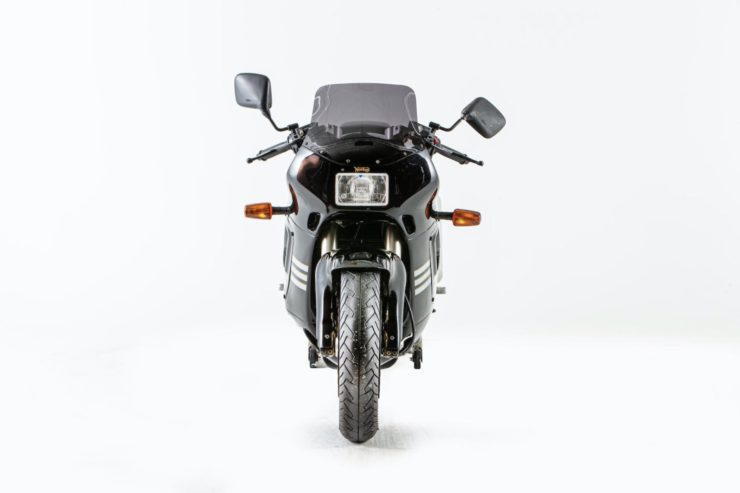