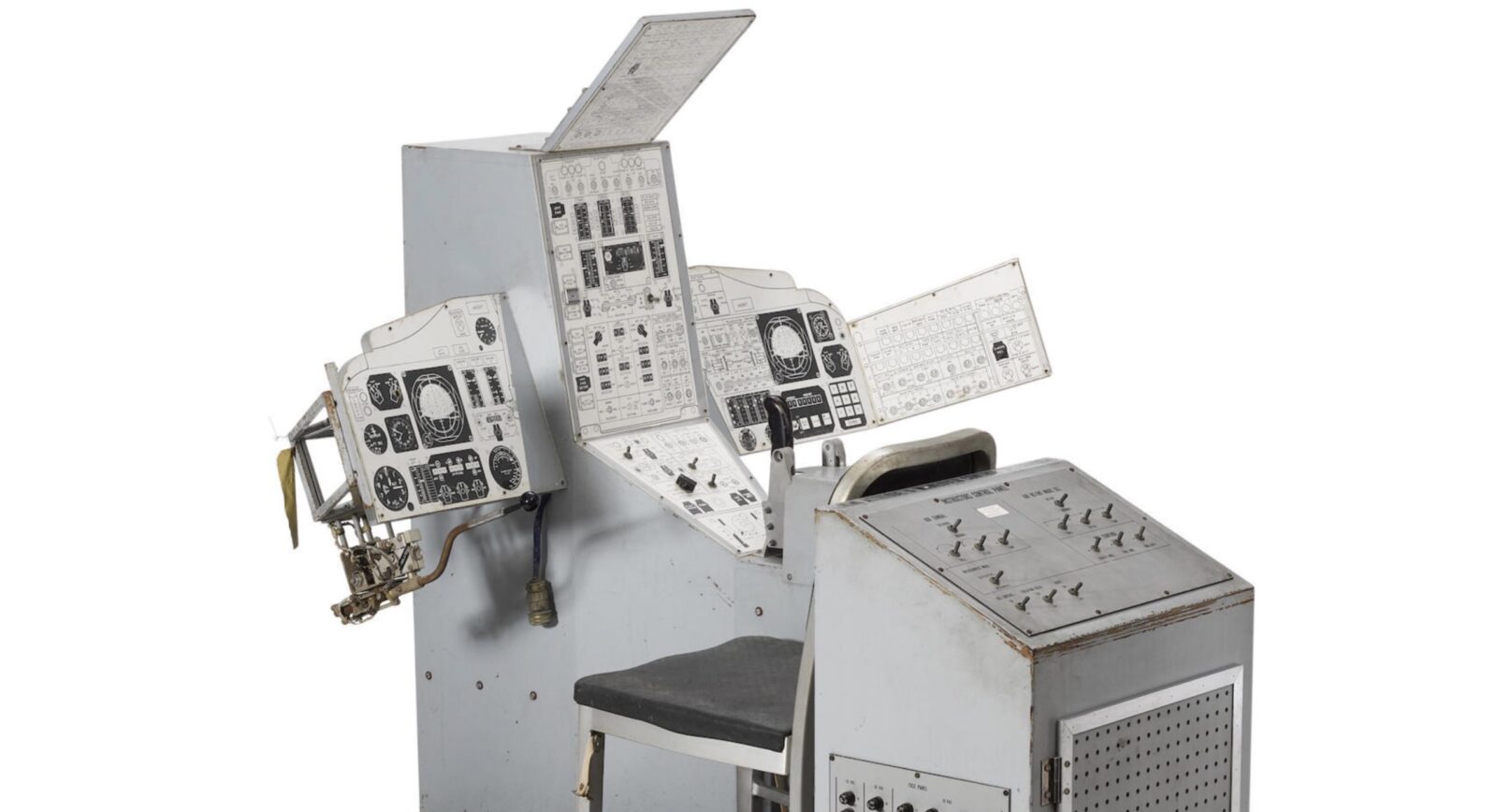 Consoles like this were used extensively in training by astronauts, they obviously had to know the location and function of everything in front of them, as well as important bug fixes and work arounds. The Gemini missions took place between 1961 and 1966, their objective was the development of space travel techniques that would later be used by the Apollo 11 mission to land astronauts on the Moon.

Without Mercury and Gemini there could have been no Apollo, and many of the astronauts who flew in the Gemini spacecraft would go on to fly in the Apollo missions as well. 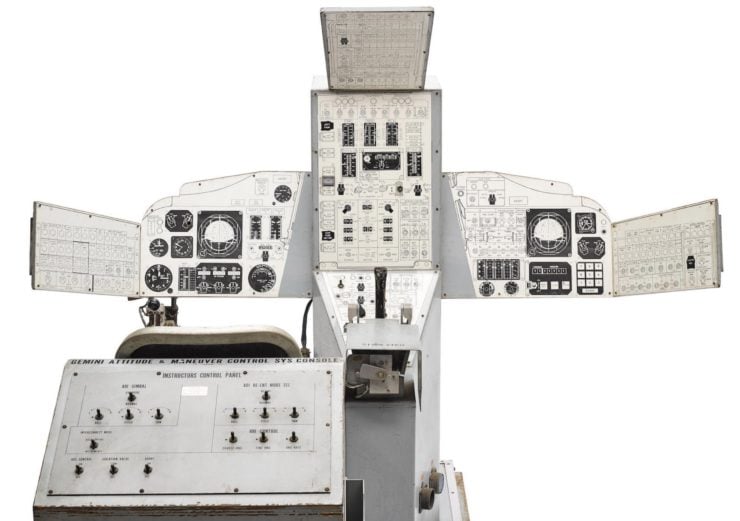 This console was used to train the Gemini astronauts at the Manned Spacecraft Center in Houston, it’s essentially a duplicate of the display panels and instruments found inside the Gemini spacecraft. It was used to learn the Attitude Control and Maneuver Electronics System (ACME), the Orbit Attitude Maneuvering System (OAMS), the Time Reference System, the Sequential Circuits, the Landing & Post landing Procedures, use and control of the Power Source, among many other skills.

It measures in at 5 feet 8½ inches at widest point and it sits on a 6 x 3 foot base with casters, it was built by Burtek Inc. for McDonnell in 1963. Critical pieces of space history like this come up for sale rarely so we would expect that this lot will have a lot of interest when it crosses the auction block on November 5th.

It’s coming up for sale with Bonhams with an estimated hammer price of between $20,000 to $30,000. If you’d like to read more about it or register to bid you can click here to visit the listing. 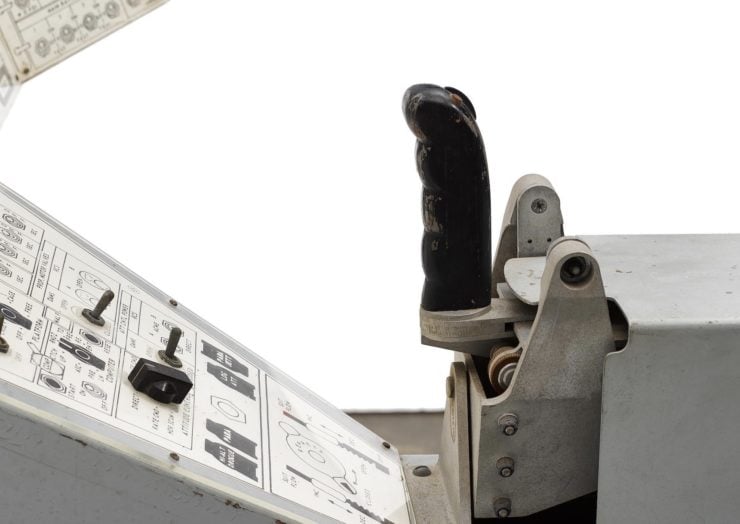 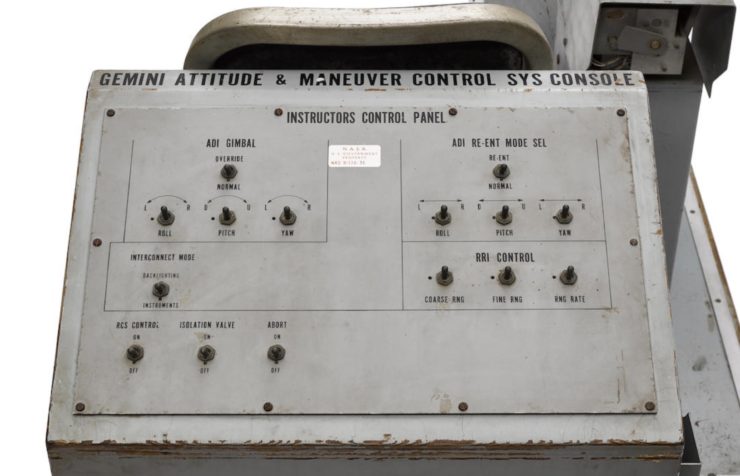 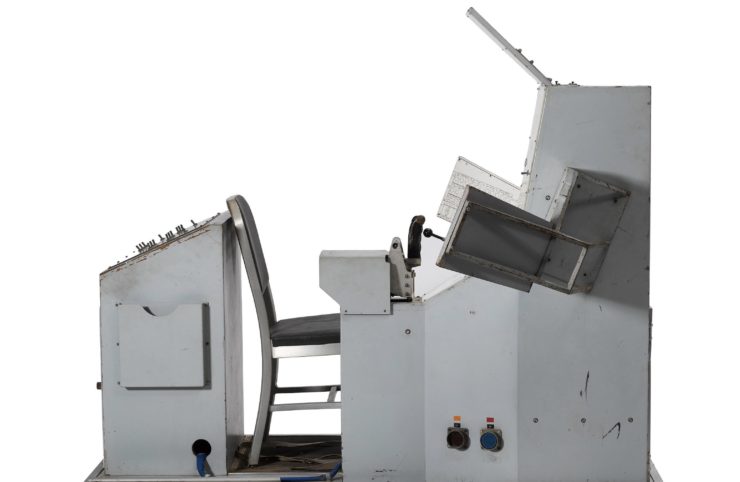 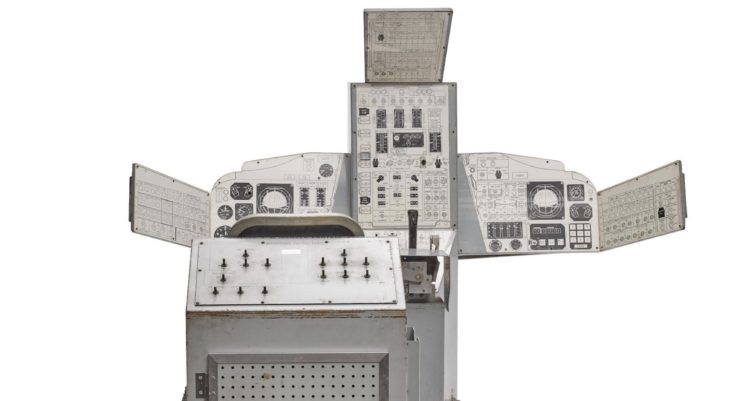 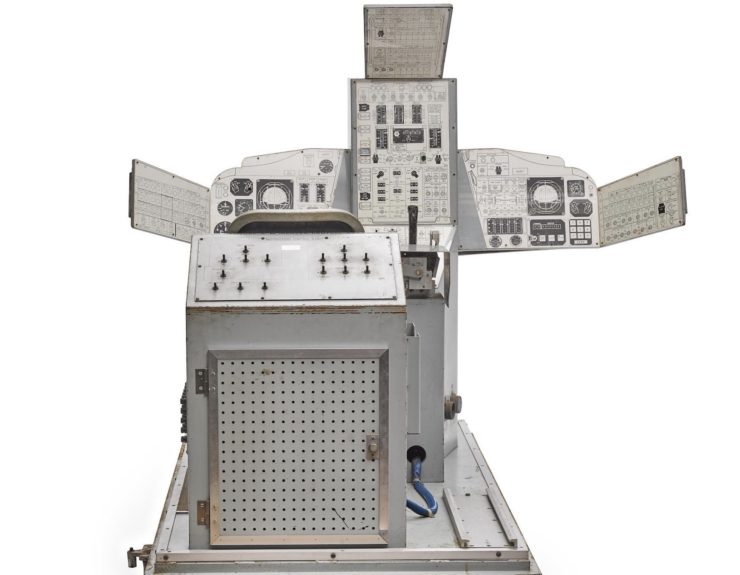