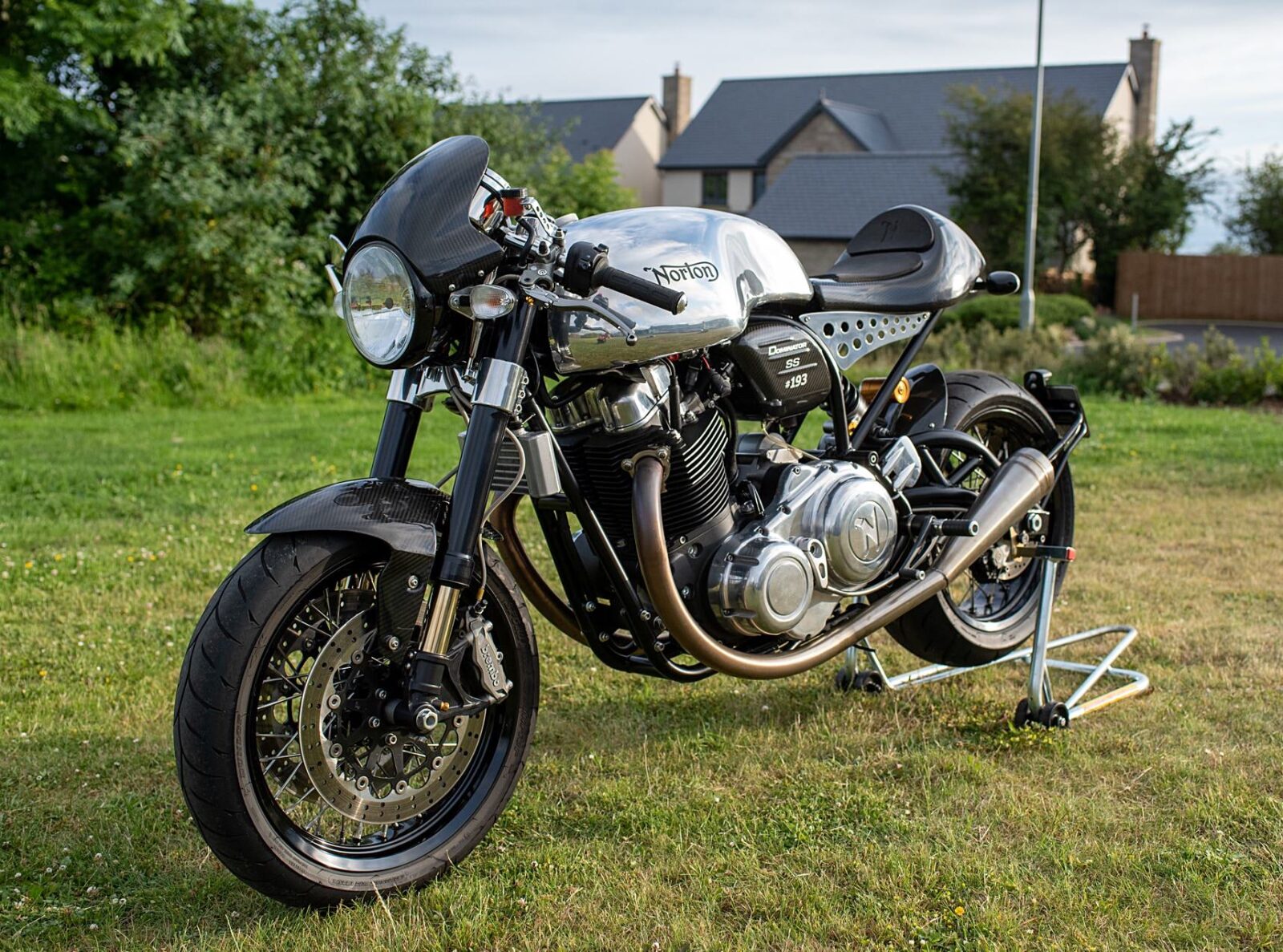 This is one of just 200 examples of the Norton Dominator SS that were built and despite its somewhat vintage appearance, it’s a 2016 model that was built under Norton’s previous ownership at Donnington Hall in England.

The Norton Dominator SS was introduced in 2015 as a 2016 model, it was based largely on the earlier Norton Domiracer model of which just 50 were built, and they sold out in a matter of days despite their £24,000 price tag. Not long after this they started popping up for sale with prices close to £40,000.

When the team at Norton set out to create the Dominator SS they did so to answer the huge demand for the original Domiracer without actually building any new Domiracers and upsetting those first 50 buyers who had been assured exclusivity.

What they did was take the same new “Featherbed” frame and Commando 961-derived parallel twin and create a slightly more approachable bike – a bike you could ride every day or every weekend.  Whereas the Domiracer is a motorcycle that most owners ride infrequently, the Dominator SS is something you could ride to work in the morning or off to the Cotswolds for a vacation. 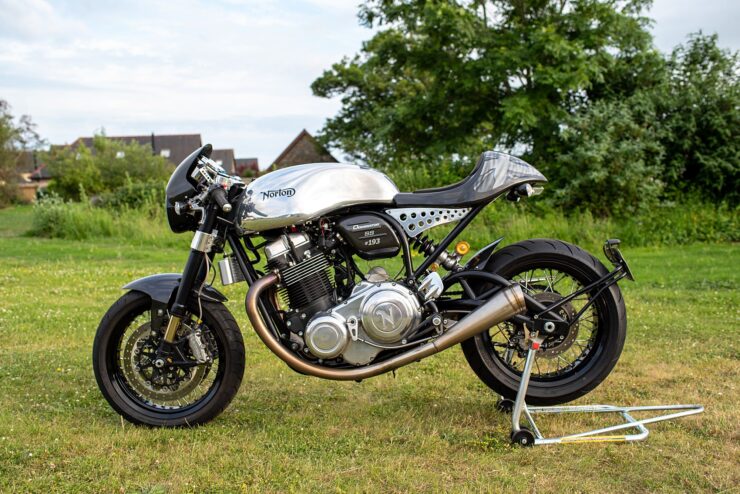 Above Image: You can see the characteristic rear curve of the Featherbed frame, an homage to the original from the 1950s.

That’s not to say that the Dominator SS is any less appealing than its older sibling. It’s still fitted with dual Brembo brakes up front with a single on the back, it has Blackline Ohlins forks up front with and TTX36 shock absorbers at the rear.

There’s an unmistakable howl from that 84 bhp air and oil-cooled 961cc parallel twin that’s been winning the Norton Commando 961 fans around the world for over 15 years.

Those of you familiar with Norton’s history will know that the original Dominator was released back in 1949 using a similar recipe to its modern counterpart.

This first Dominator used a the original Featherbed frame from 1953 onwards, and it was fitted with the famous Bert Hopwood-designed Norton parallel twin engine that had first been unveiled in 1949 in the Model 7.

This core design, of a Featherbed frame with Norton’s parallel twin, would remain in production with the company from 1953 right up until the Norton Mercury went out of production in 1970 – a remarkable 17 year run.

It was this heritage that Norton wanted to recapture for the 21st century, for a motorcycle buying public who may never have heard of the Dominator or its Isle of Man TT winning Featherbed frame. 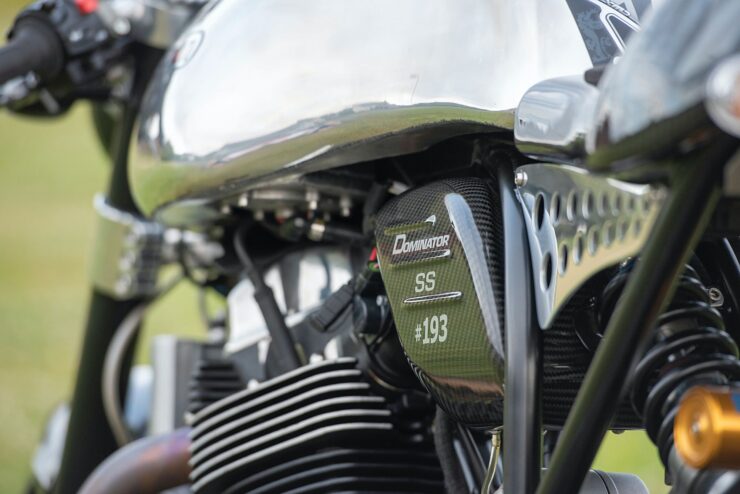 Above Image: The Dominator SS is powered by a modified version of the Commando 961 parallel twin.

The Norton Dominator SS you see here is a 2016 model that has only accumulated 1,885 miles since it was delivered new. This bike is number 193 of the 200 that were built, and one of just 50 that were reserved for the UK market.

Due to the very low mileage just one servicing has been completed, the 1,000 mile servicing which saw the engine oil and filter changed and the bike inspected from tip to tail.

There has been some concern surrounding Norton motorcycles recently because the previous incarnation of the company went bankrupt in early 2020. Since that time the company has been bought by TVS and millions of pounds have been invested to bring the company back onto its feet and into production.

This has largely alleviated concerns that many had about securing access to spare parts for modern Nortons like the Dominator SS.

This beautifully presented Dominator SS is now for sale through Collecting Cars, it’s being auctioned live at the time of writing with the bidding currently sitting at £13,500. If you’d like to read more about it or register to bid you can click here to visit the listing. 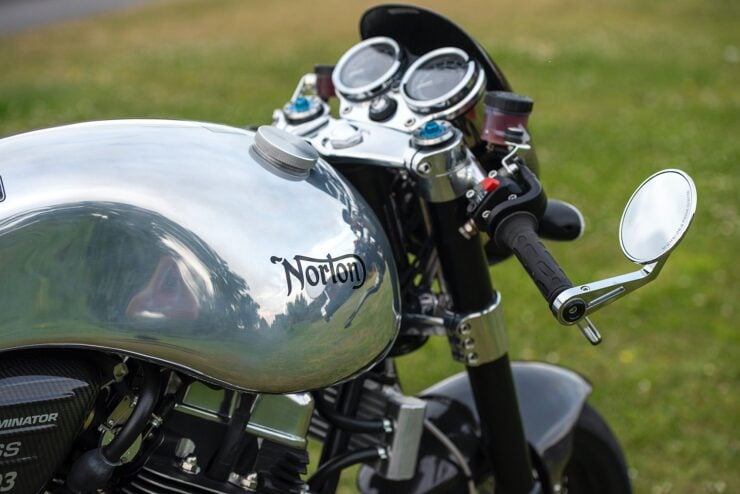 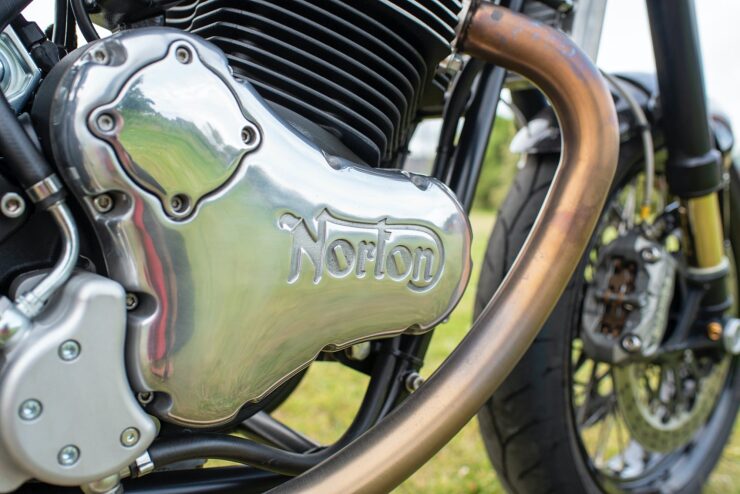 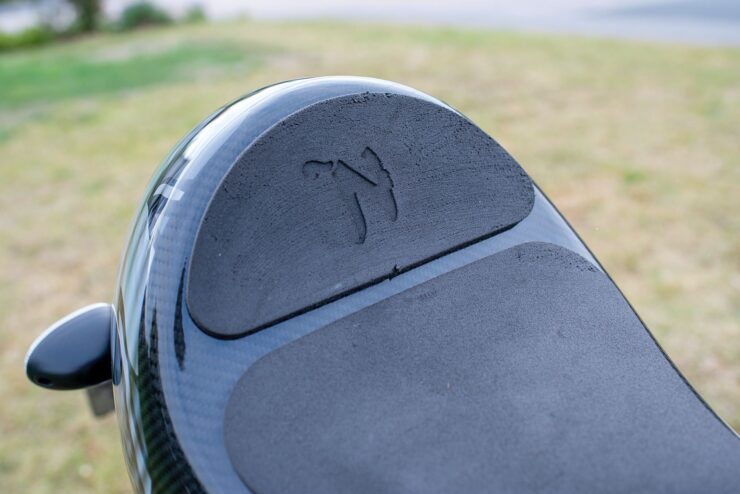 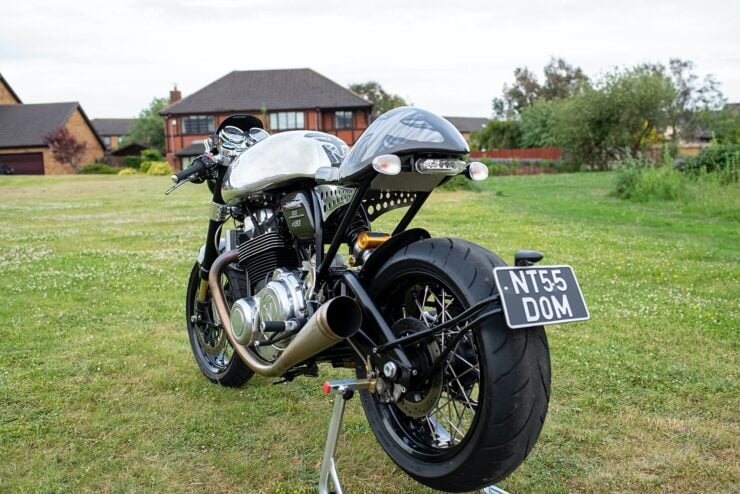 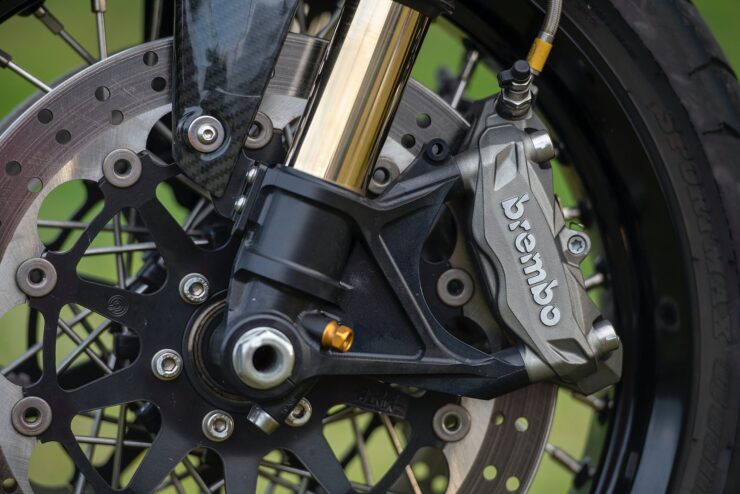 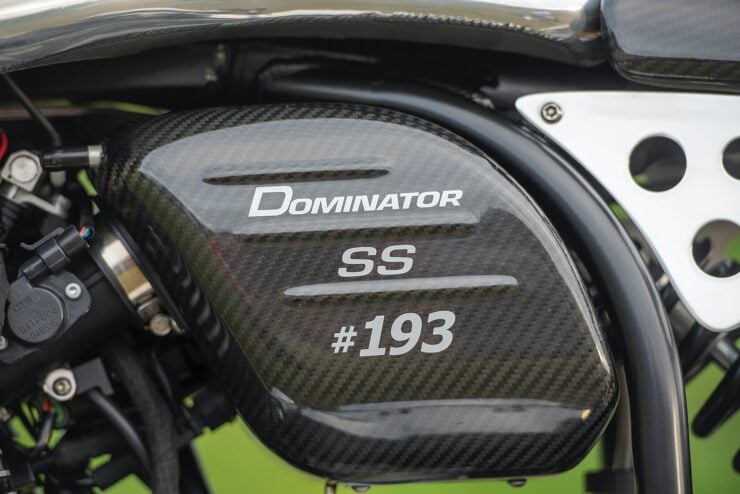 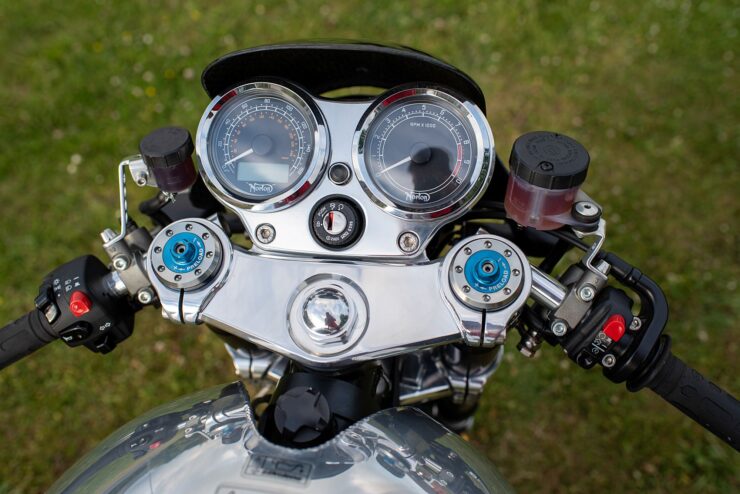 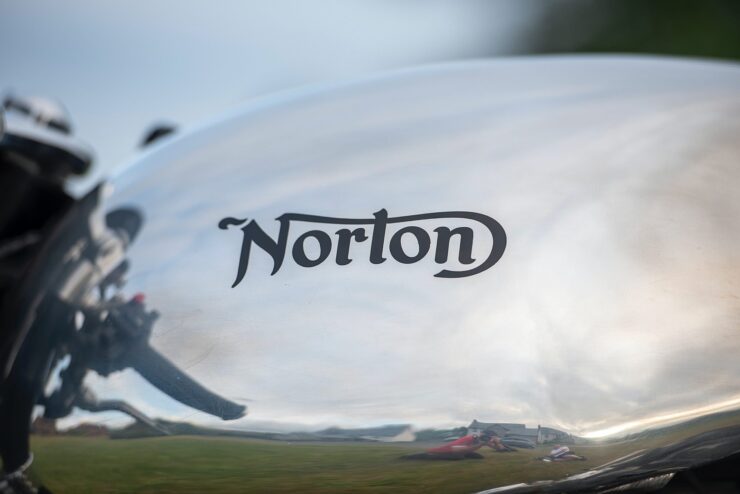 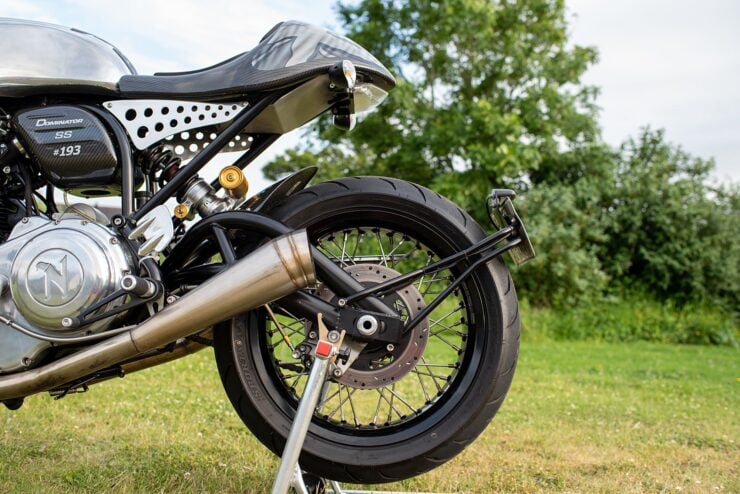 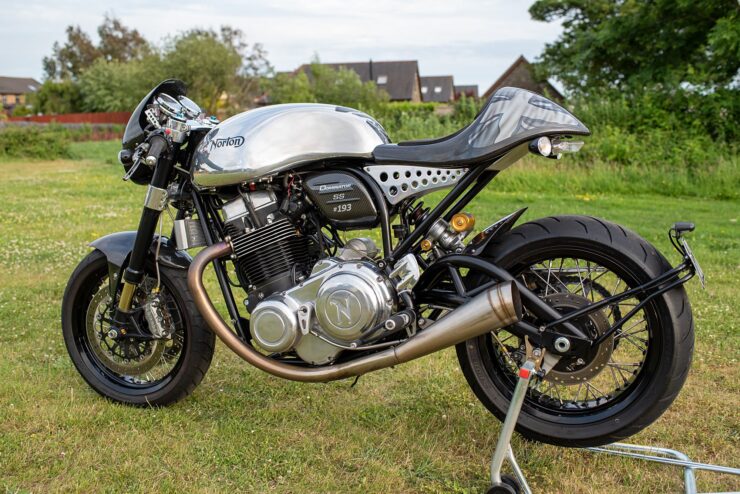