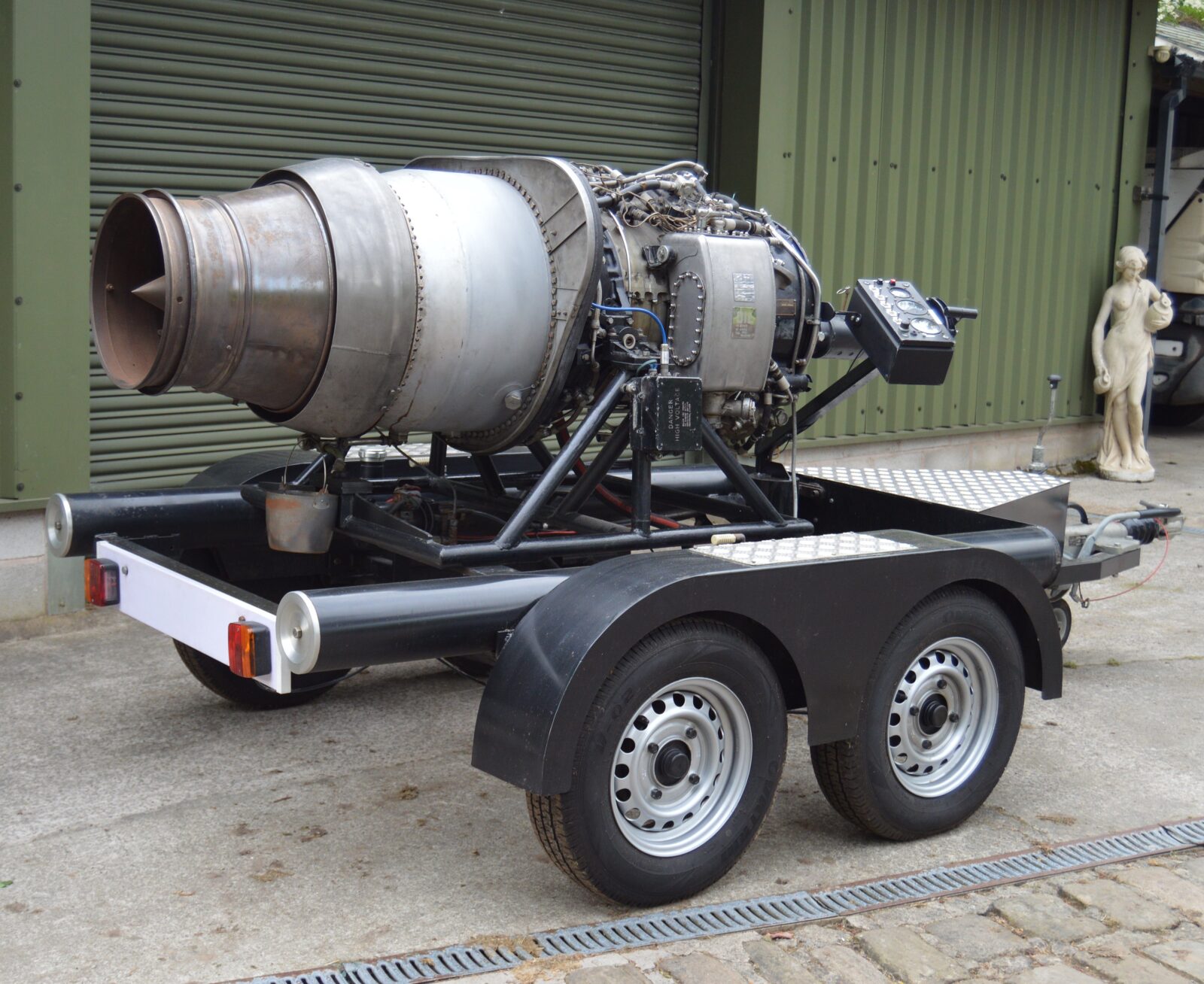 This is a fully functional Bristol Siddeley Viper turbojet engine, it’s the only known example in working condition with an afterburner installed, and it’s currently fitted to a trailer for easy transport and display.

The trailer that holds this engine is essentially a mobile test rig, with kerosene fuel tanks, batteries, and control links to a central operating box including a throttle control which allows the engine to be started and run for display.

The Bristol Siddeley Viper is one of the longest-serving jet engines to come from Britain. It was a Brit named Frank Whittle who originally invented the jet engine back in 1928, though the idea was first put to use in an aircraft built by the Germans – the Heinkel He 178 in 1939.

The engine would change names twice after this, as the company became Bristol Siddeley, and the designs were then acquired by Rolls-Royce. The engine first entered service in 1953 and amazingly it would remain in service until 2011 – a service life of 58 years. 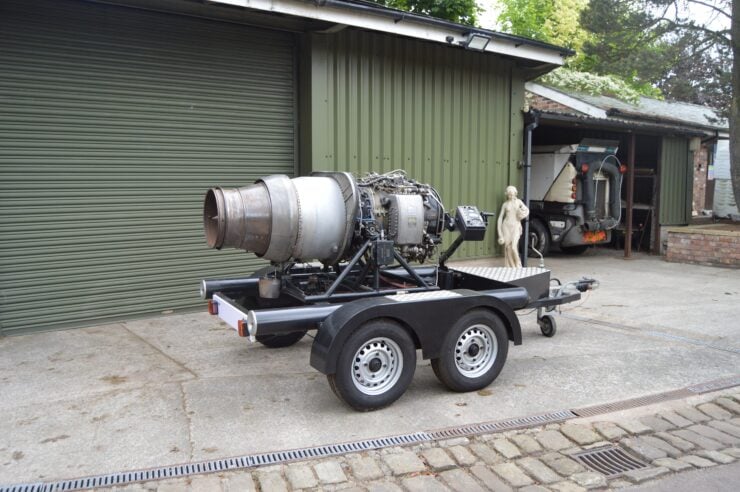 Above Image: The jet engine is mounted to a testing rig trailer from where it can be operated, including the afterburner that can send flames extending 10 feet out of the back.

The engine you see here was rebuilt and set up by a qualified avionics engineer, it comes with detailed instructions about starting and running the jet and its afterburner, which will come in handy for the new owner. That afterburner is said to be capable of shooting 10 foot flames out the back.

The new owner will likely use the engine for display purposes, although tempting it would be ill-advised to start the jet while towing it to see how fast you could go. It would be one surefire way to get YouTube famous though.

If you’d like to read more about this unusual trailer mounted jet engine or register to bid you can click here to visit the listing on Collecting Cars. It’s being auctioned live at the time of writing with the bidding currently sitting at 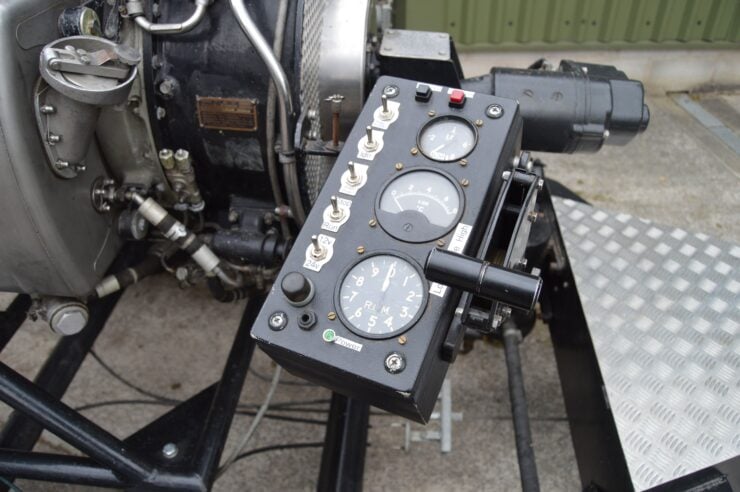 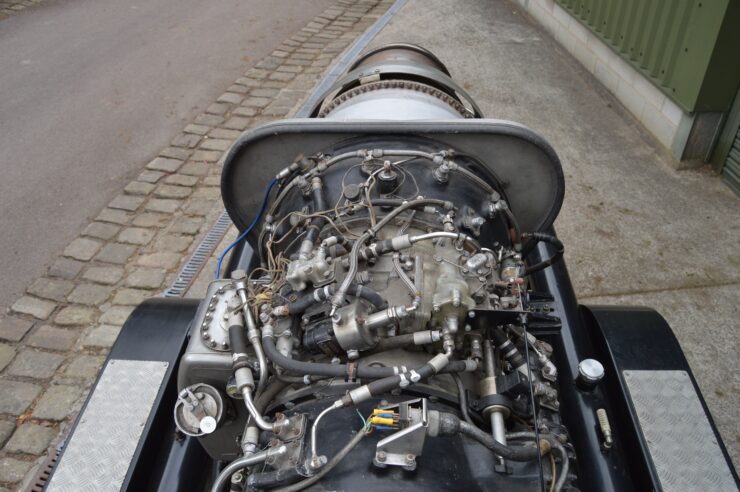 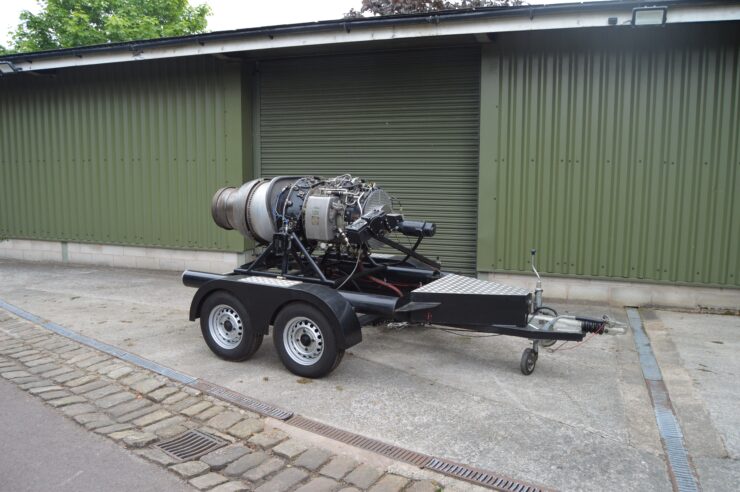 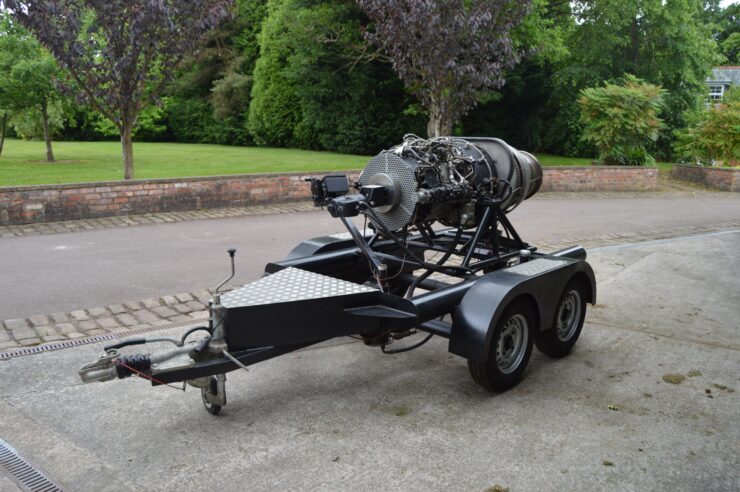 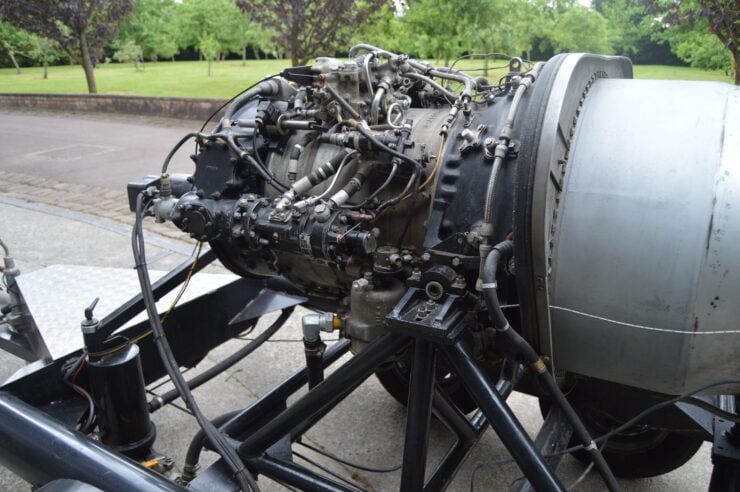 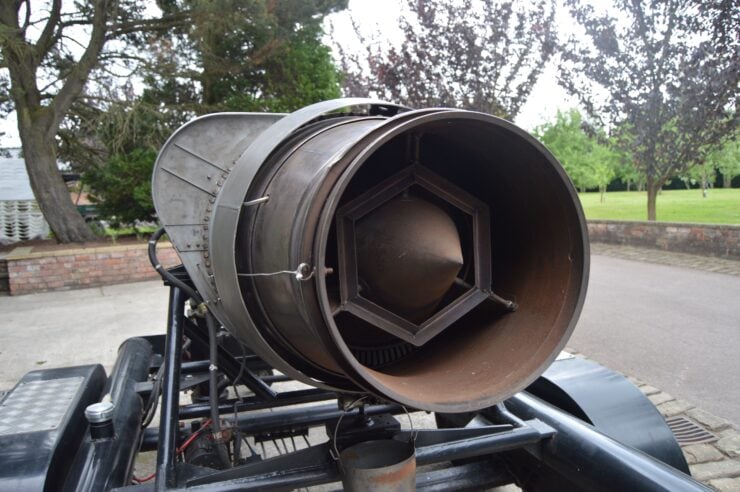 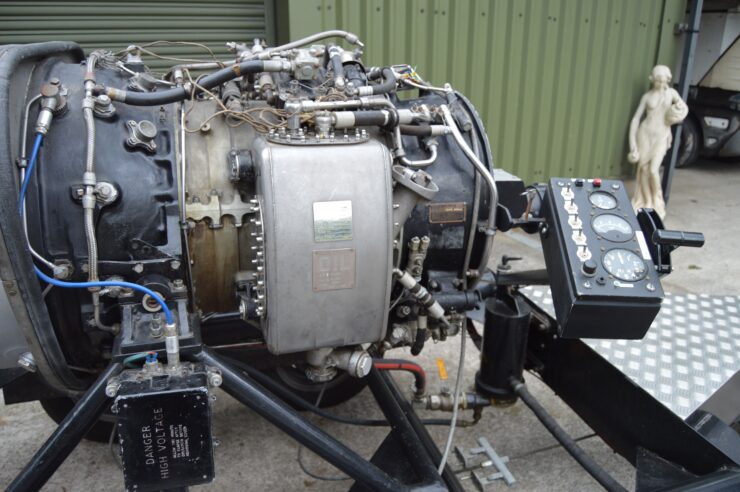