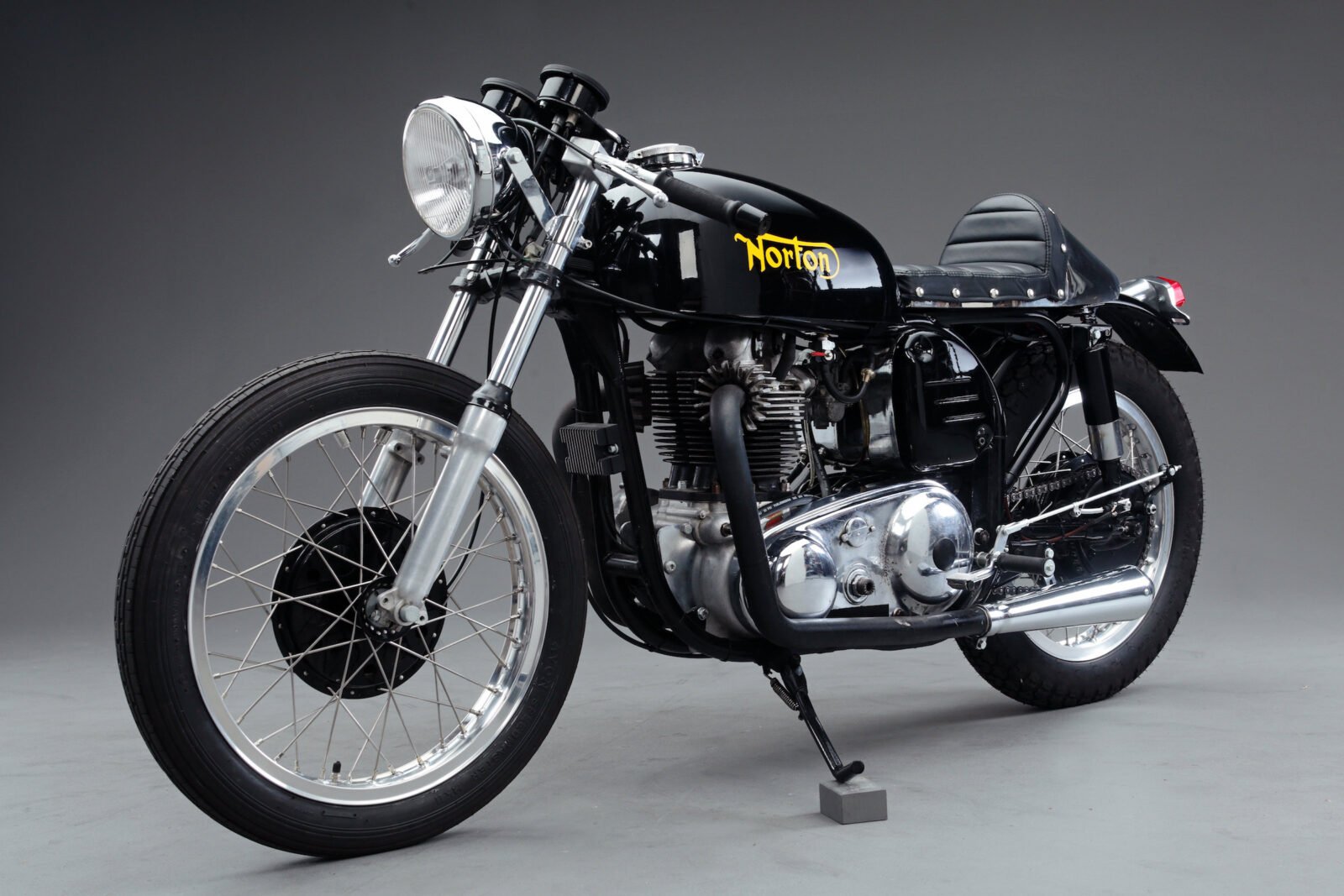 The Norton Atlas was released in 1962 as the replacement for the venerable Norton Dominator. British motorcycle manufacturers were all targeting the colossal American market at the time, typically by appealing to their love of power and speed.

With this in mind, the engineers at Norton set about increasing the capacity of their famous parallel twin from 650cc to 750cc (actually 745cc) – a significant increase over the volume it started out at back in 1949 – at just 497cc. In 1973 Norton would increase it one more time to 838cc (referred to as 850), and private tuning companies would go even further, boosting it to 920cc and from there up to over 1000cc.

In some respects, the Norton Atlas was a motorcycle in the Goldilocks-zone. It was fitted with Norton’s famous parallel twin bolted to Norton’s legendary Featherbed frame – almost certainly the most famous motorcycle chassis of all time, even today many decades later it’s still in production with small specialist companies around the world.

When it was introduced the Atlas was fitted with almost all the parts Norton had on hand, including the aforementioned engine and Featherbed frame. Up front there was a pair of Roadholder forks, the rear was held aloft on a set of adjustable Girling shocks, the front and rear drum brakes were sourced from the Dominator parts catalogue, along with the fuel tank, oil tank, and gearbox. The phrase “better the devil you know” largely ruled the British motorcycle industry at the time, particularly as funding for new designs was hard to come by. 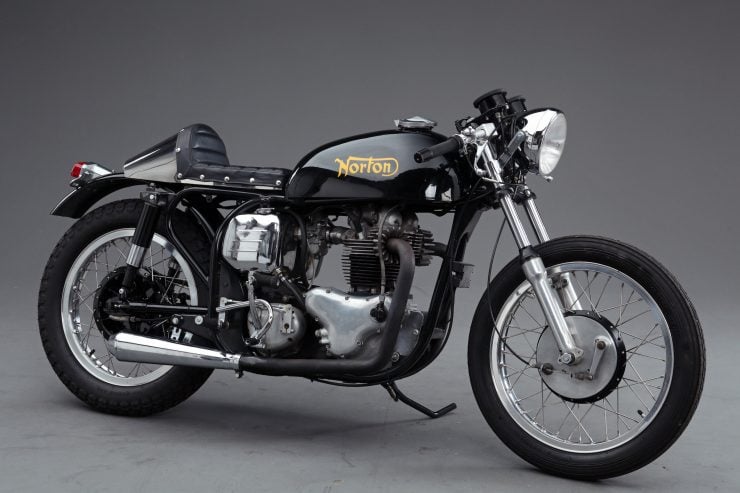 The 59 Club and the Cafe Racer

In 1959 the 59 Club had sprung into being, popularizing the cafe racer motorcycle genre, named because the riders based themselves at the famous Ace Cafe in-between illegal road races – a humble transport cafe in Stonebridge, north-west London that would become a global phenomenon.

The term cafe racer doesn’t have a list of required features that are set in stone. The styling has changed somewhat over the years, but the original cafe racer motorcycles typically had some variation of the following: clip-on or clubman handlebars, a single seat with a bump stop, a fuel tank with knee indents on either side, no fenders (or minimal fenders), and an engine tuned for speed at the expensive of everything else.

The motorcycle wing of the club had been started by Reverend Bill Shergold at the Eton Mission in London in 1962 – the same year the Norton Atlas was first sold to the public. It’s easy to see that it was almost a foregone conclusion that the new, bigger-engined Norton would find its way into the ranks of the Ace Cafe faithful. 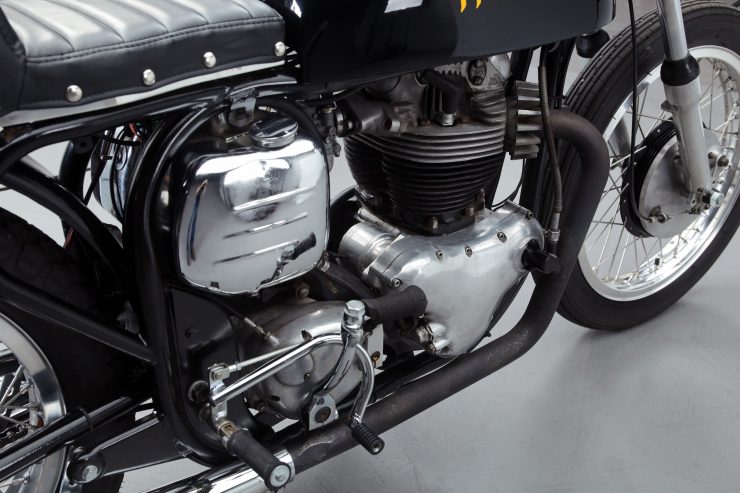 The motorcycle you see here is a very well put together Norton Atlas cafe racer. Many cafe racers of the era used the Featherbed frame, as it was considered the best in England (perhaps even the world) at the time. Some kept the Norton engine in place and some swapped it out for a Triumph parallel twin – creating the “Triton”.

This motor has been rebuilt, with higher-compression Norton Commando pistons and connecting rods for more power. It also has a Tri-Spark ignition fitted for more reliable running and easy starting, as well as a Mikuni VM carburetor – also offering easier starting and more reliable operation.

Importantly, the electrics have been significantly improved with a solid state regulator/rectifier, an updated stator, and a complete harness upgrade to negative earth.

Flanged aluminum rims have been fitted front and back, with new tires and new stainless/nickel spokes and nipples from Buchanan’s. John Tickle headlight ears are installed, along with Buzz Kill custom clip-ons, and Norman Hyde rearsets.

With just 11,350 miles on the clock since the build this Atlas has the overwhelming majority of its life ahead of it. It’s currently for sale on the new motorcycle auction website MotoAuct, and it’s based in Belgium, Wisconsin. 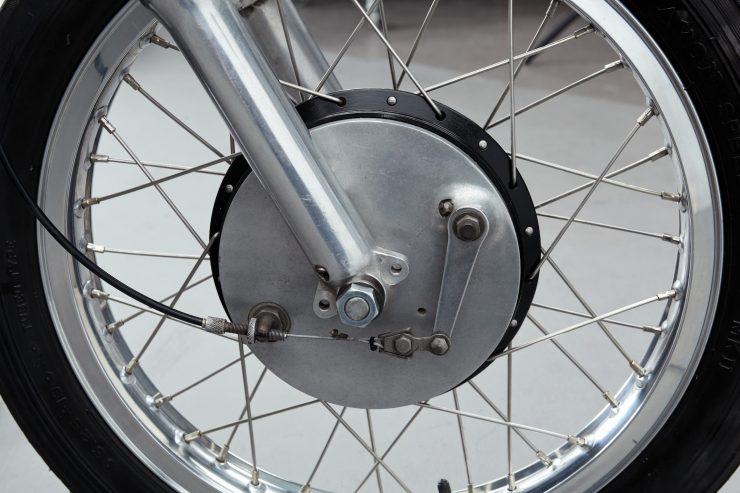 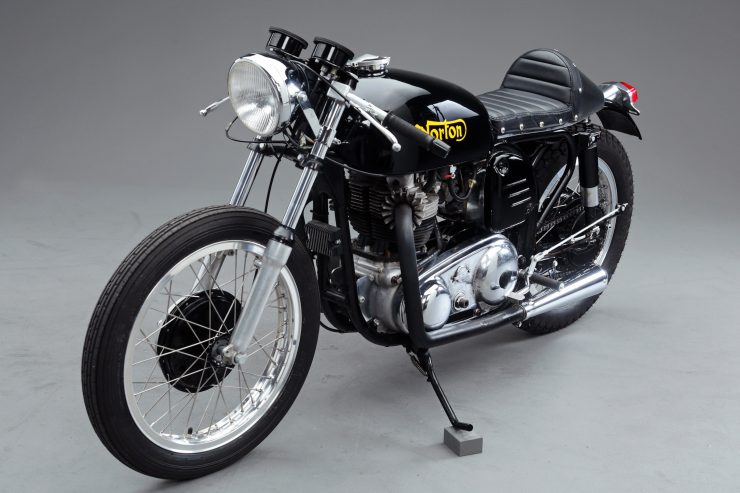 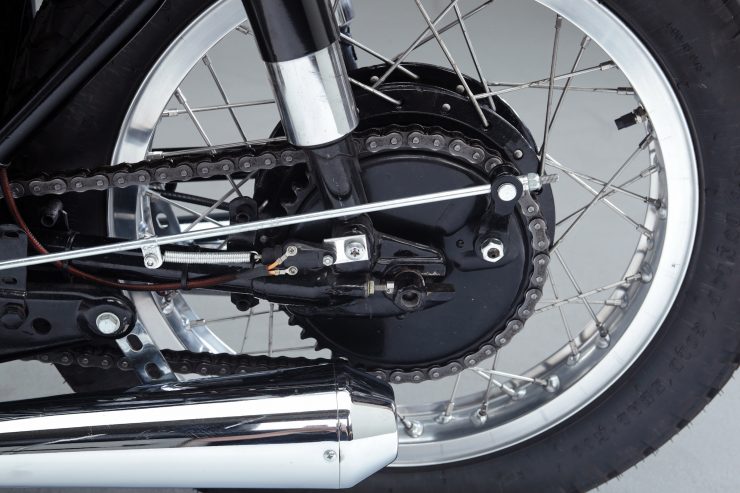 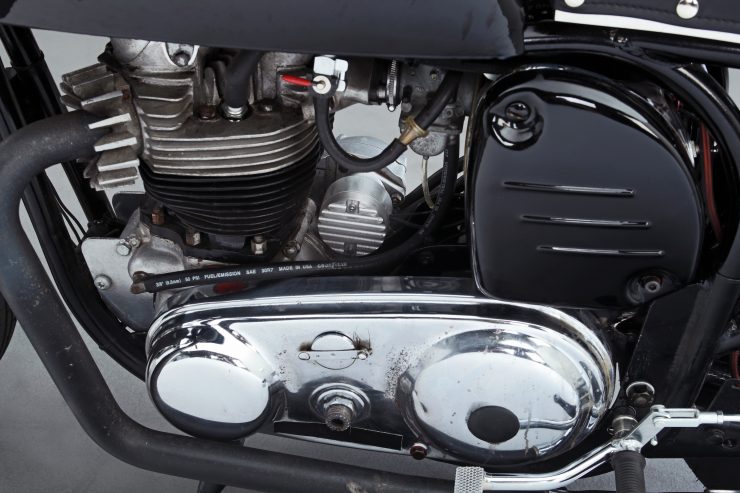 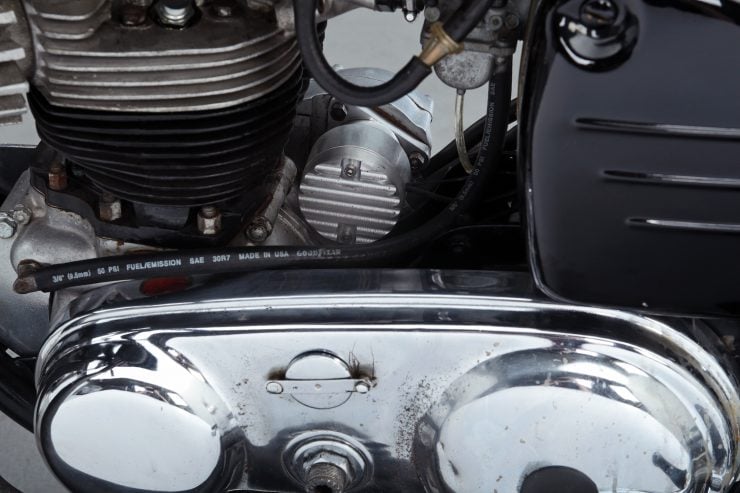 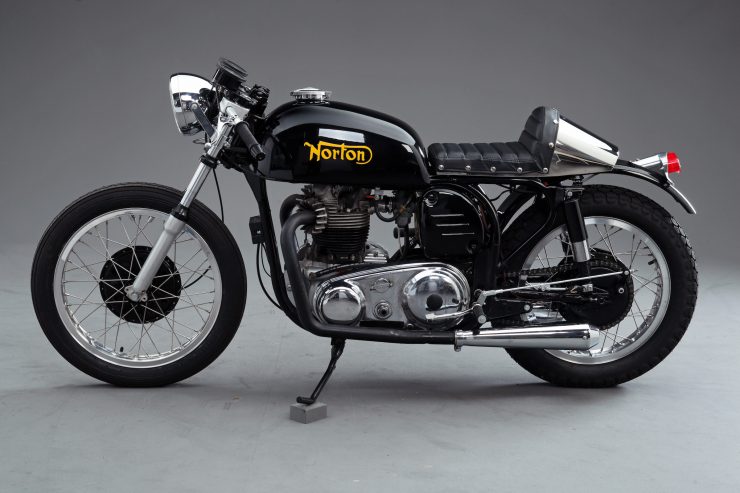 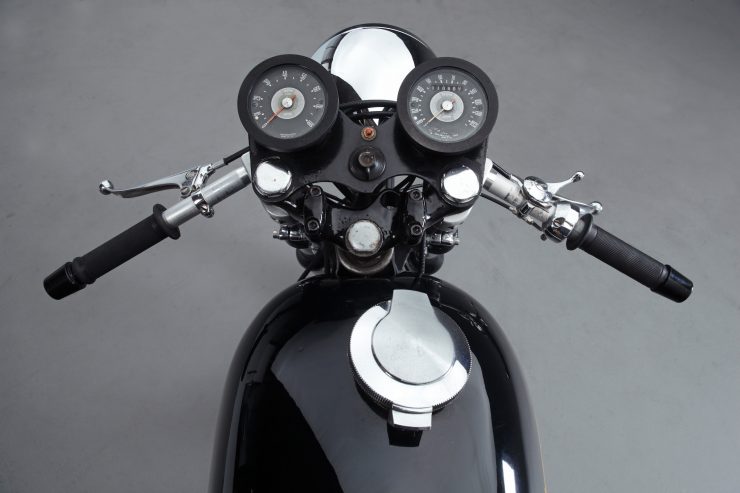 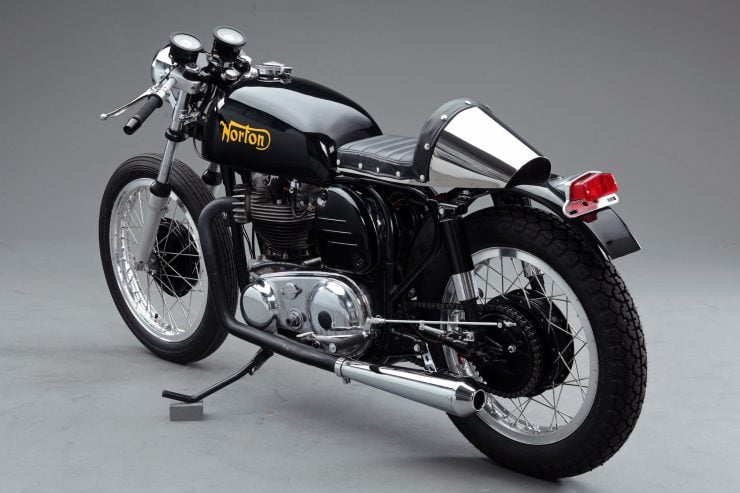 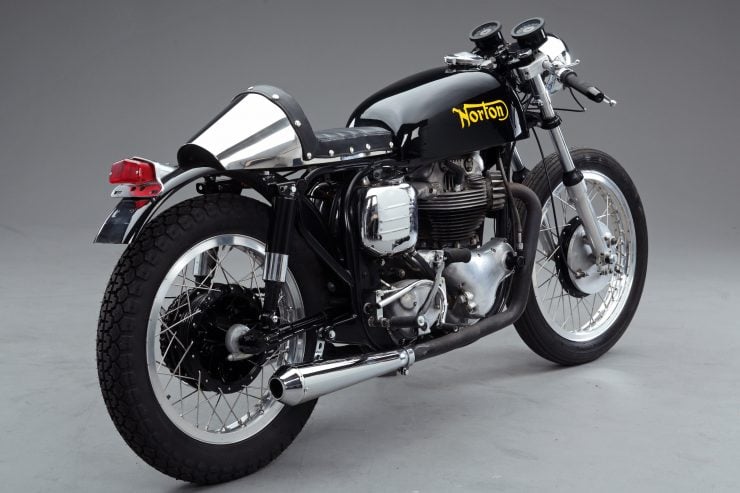 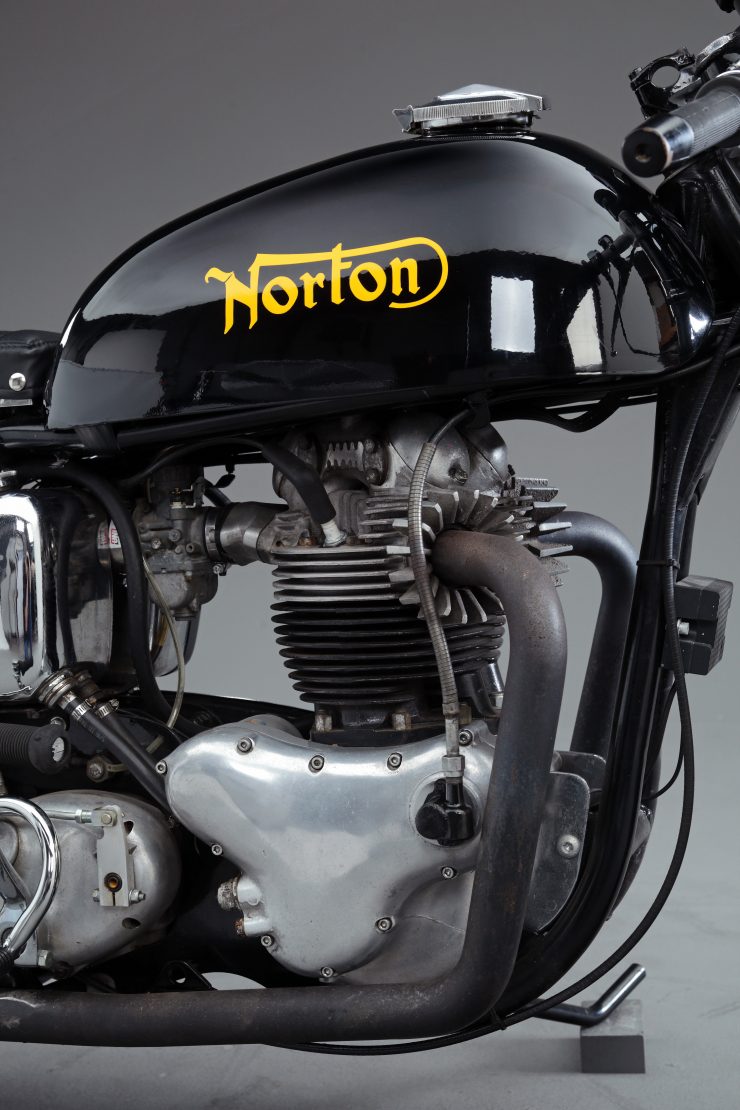 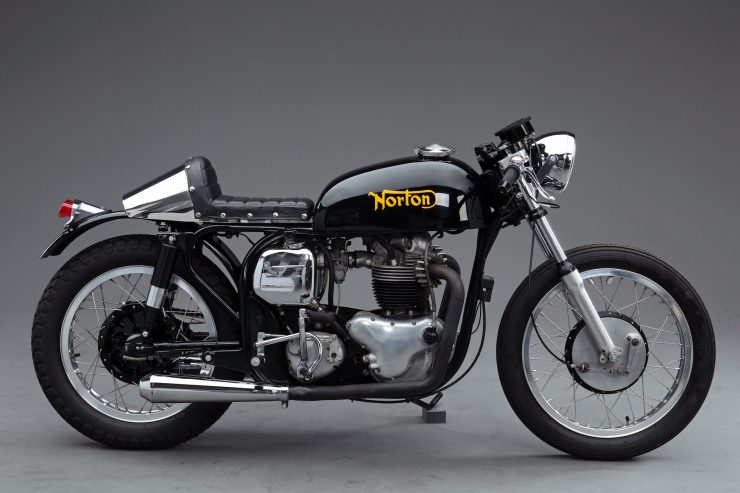 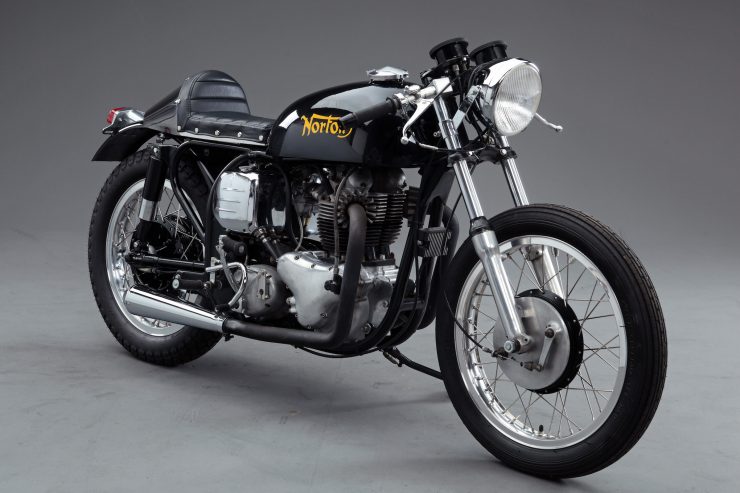 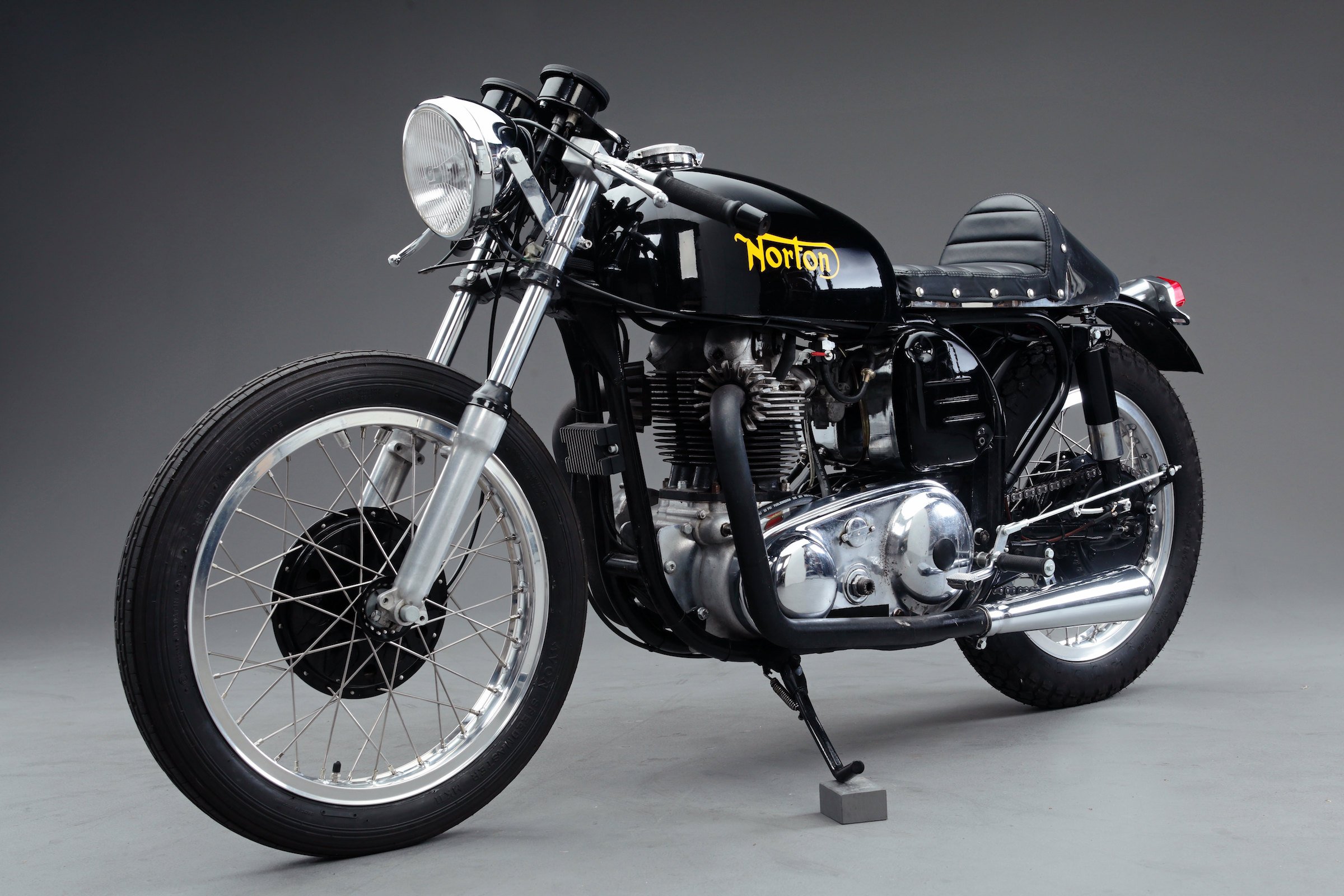