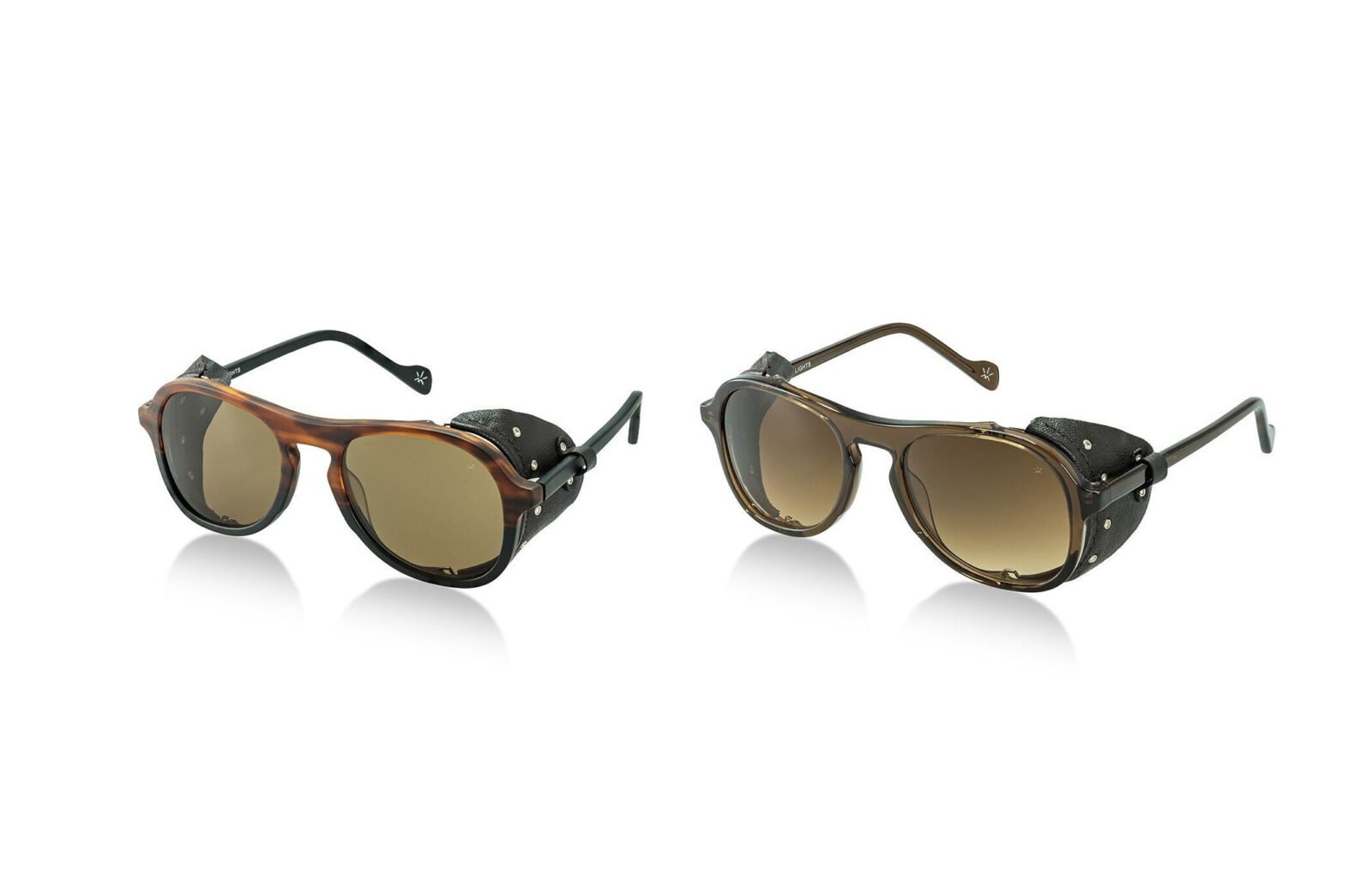 The NL 24 Sunglasses by Northern Lights Optic feature a hand-laid acetate teardrop aviator frame with removable leather side shields – the shields are useful when out in the snow or in high-glare areas.

All of the glasses and sunglasses made by Northern Lights Optic are designed in the mountains of British Columbia in the spirit of mountaineering glasses used by the likes of Sir Edmund Hilary, Tenzing Norgay, Jim Whittaker, and many others.

The NL 24 model uses the highest optic quality Aurora™ CR39 lenses which can be swapped out for corrective lenses by your optometrist if required. 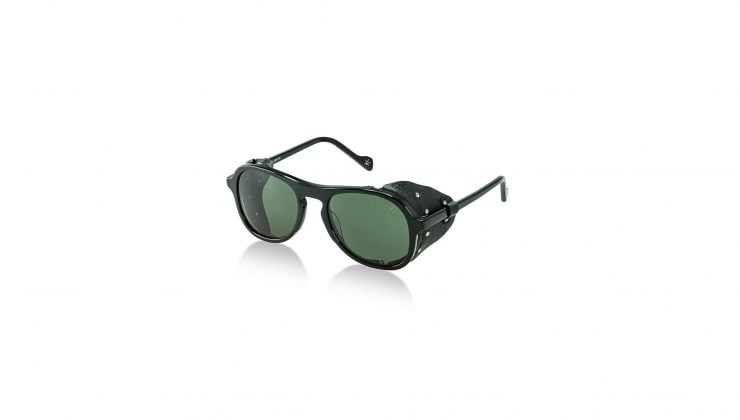