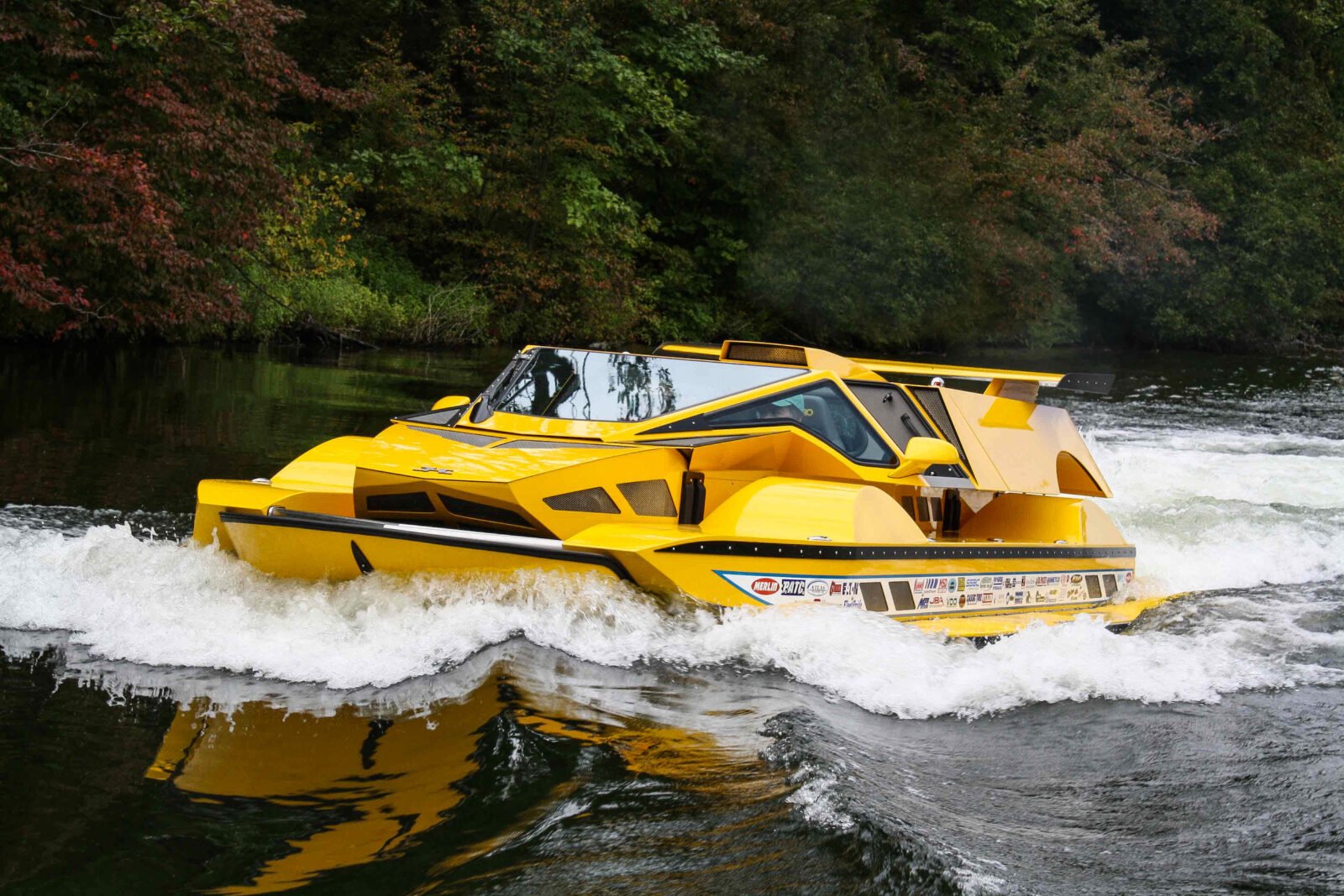 The Dobbertin HydroCar is an amphibious vehicle that took 10 years to develop with over $1 million USD invested in research, development, and construction.

The HydroCar can be driven on land for extended periods thanks to its articulated sponsons (side pontoons) that can be raised or lowered. In the raised position the four wheels are in contact with the ground, and in the lowered position the sponsons form a tunnel-hull speedboat.

The unique amphibious vehicle is the brainchild of famed car designer, car builder, and previous amphibious car designer Rick Dobbertin. Rick spent most of his career building high-performance cars, he won the Hot Rod Magazine’s 1982 Street Machine of the Year and the 1982 (and 1983) Car Craft Street Machine Nationals.

Rick went on to win the Hot Rod Magazine’s 1986 Hot Rod of the Year award and won all four of the major national magazine-sponsored shows in 1986 – The Hot Rod Supernationals, The Popular Hot Rodding Super Street Meet, The Car Craft Street Machine Nationals, and the Hot Rod Super Cruise. 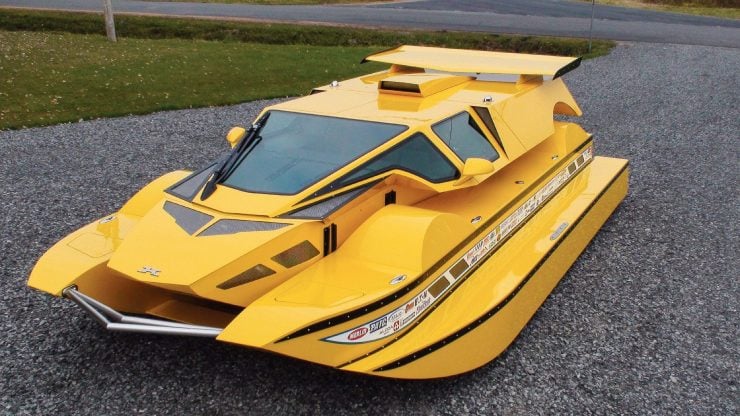 After this staggering slew of successes Rick turned his attention to designing and building one of the most remarkable vehicles of its time – the Dobbertin Surface Orbiter. This huge cylindrical amphibious machine was designed to circumnavigate the Earth – over land and sea with no outside assistance.

Rick and Karen Dobbertin covered 27,300 miles on land, 3,000 miles in the water, and visited 28 countries and 38 states before they ran out of funds and had to shelve the project. They had proven the capabilities of the Dobbertin Surface Orbiter, and with a couple more 0s on the end of their bank balance there’s little doubt they would have made it. 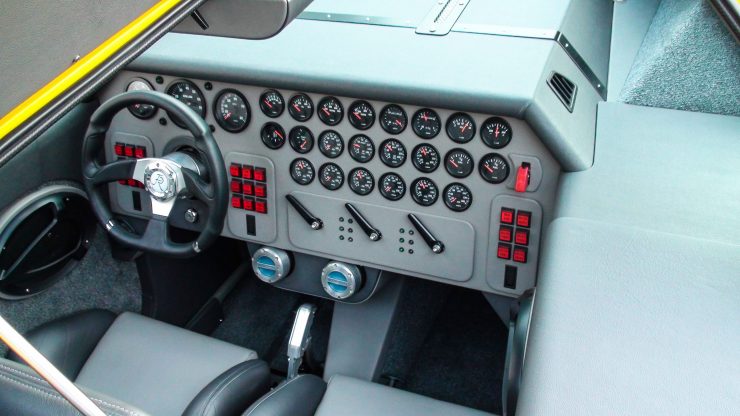 The Dobbertin HydroCar was designed by Rick using the lessons learned with the Surface Orbiter. This new vehicle wasn’t intended to circumnavigate the world – it was intended to be a cross between a GT car and a speedboat, and Rick Dobbertin is one of the few people on earth capable of making it a reality.

The central body section of the HydroCar is a space frame, with marine-grade 5086 aluminum used to create the frames inside the sponsons. The bodywork is attached to the spaceframe, giving both a low weight and excellent rigidity.

The HydroCar is powered by a Bill Mitchell Racing 762 hp V8 engine with a four-speed manual Quadzilla 4L80-E transmission, it has pneumatic suspension, and four-wheel power disc brakes. Behind the transmission there’s an Atlas gear-driven transfer case that can send power forwards to the front wheels for land mode or backwards to the prop when it’s in water mode.

Rick designed the HydroCar to have a potential top speed on land of 125+ mph, with a top speed on water of 60+ mph – though so far as we’re aware the top speeds haven’t yet been fully explored.

Inside the cockpit of the HydroCar you’ll find two seats and a dashboard that has strong aviation design influences, with 45 control switches, 16 LED monitoring systems, and 25 VDO gauges, while three hydraulic levers control the up and down movement of the sponsons, axles, and wheel-well doors.

The HydroCar is due to roll (or float) across the auction block with Worldwide Auctioneers on the Auburn Auction on the 1st of September, there’s currently no price estimate, and there’s no reserve. If you’d like to read more about it or register to bid you can click here to visit the listing. 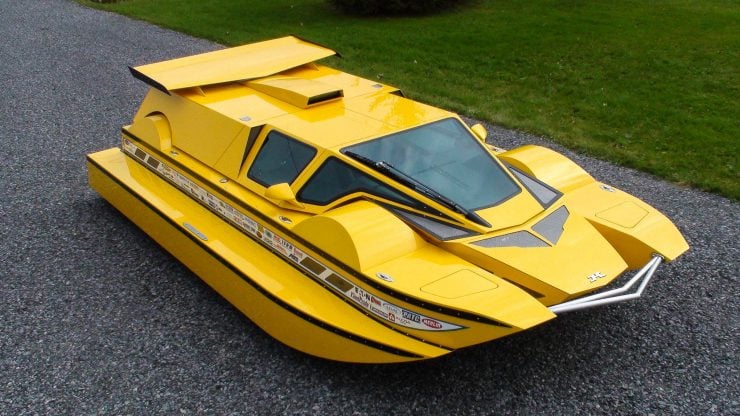 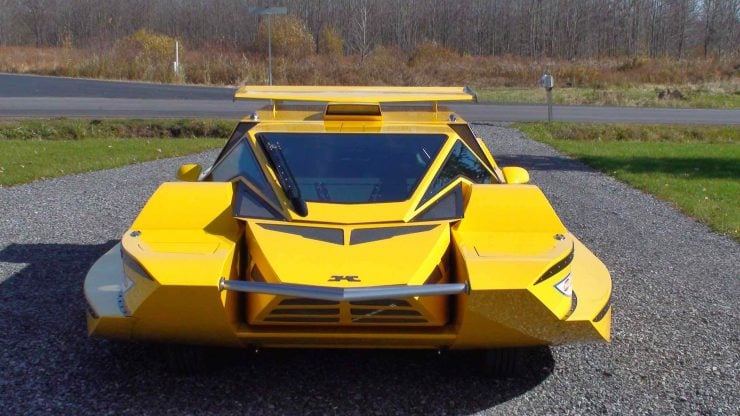 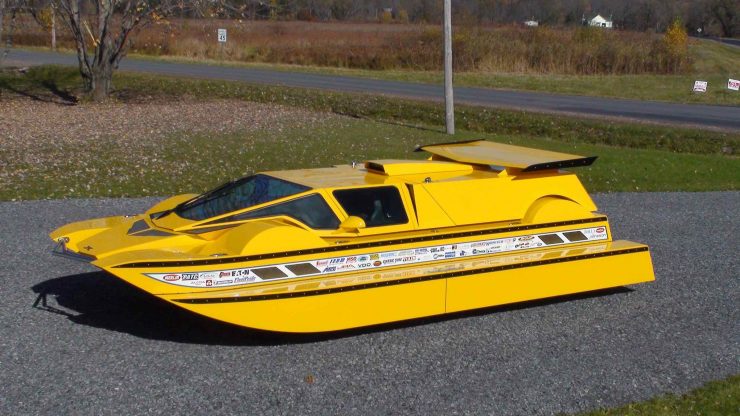 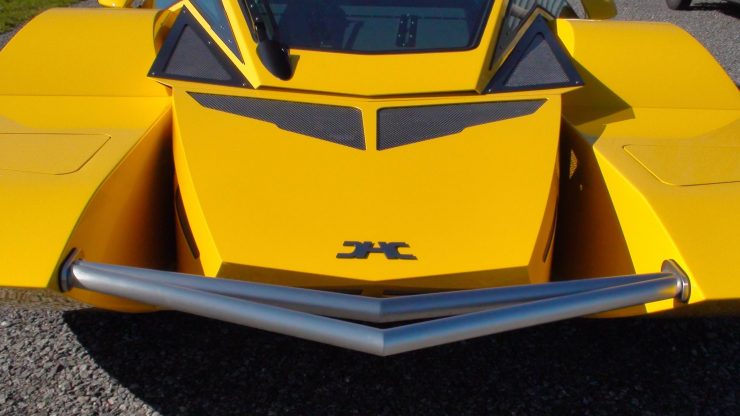 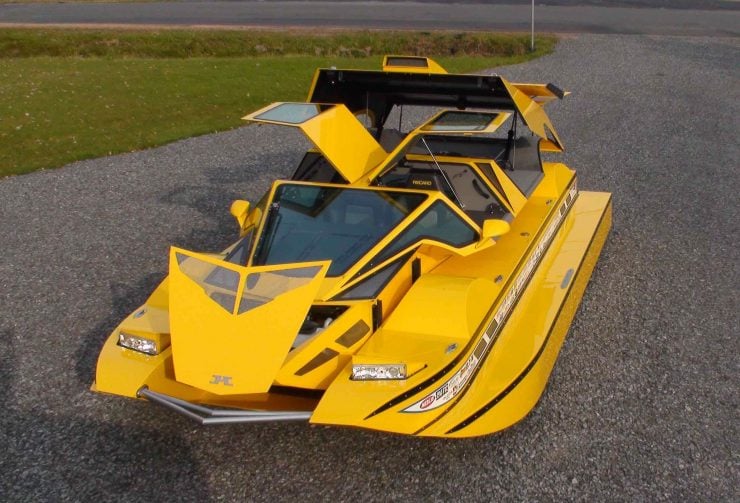 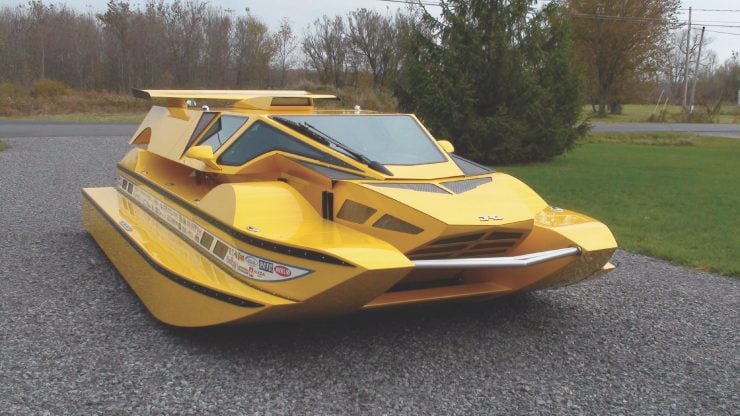 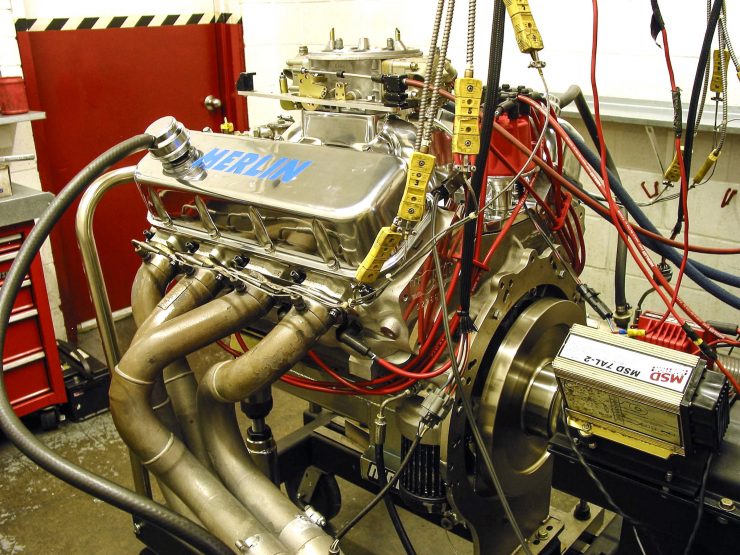 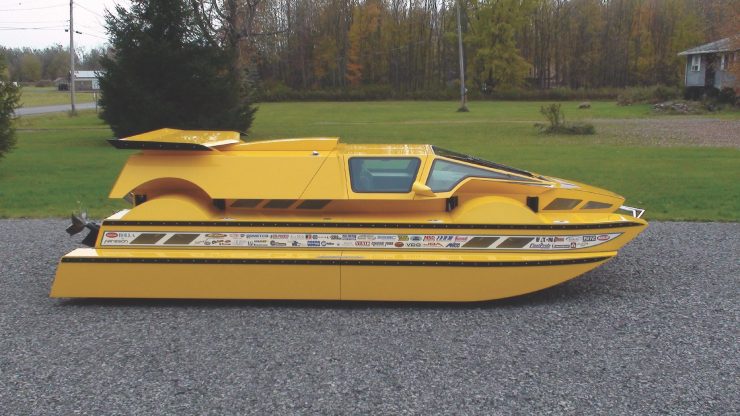 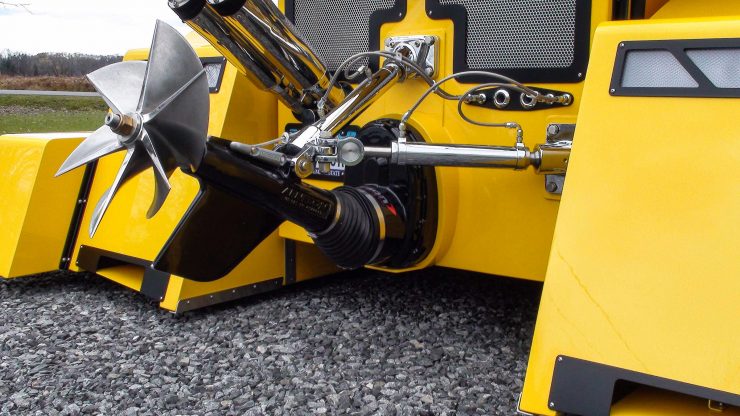 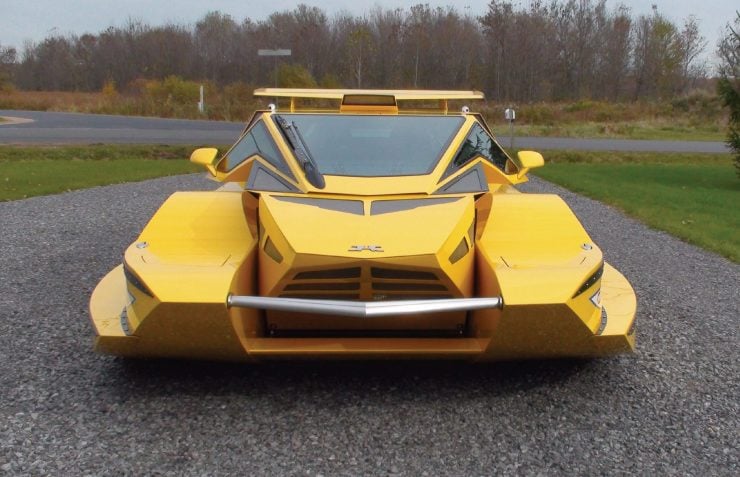 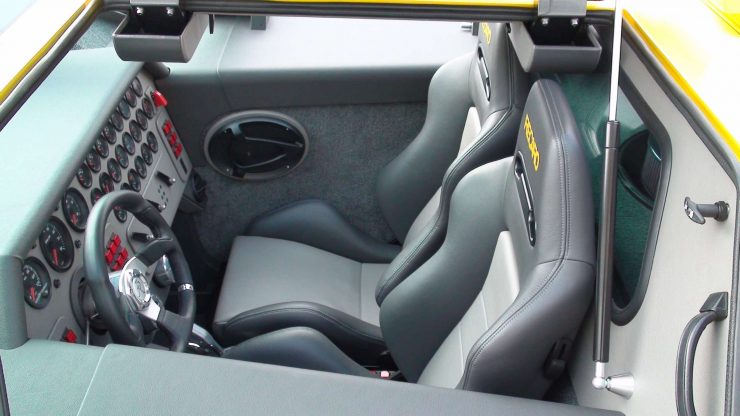 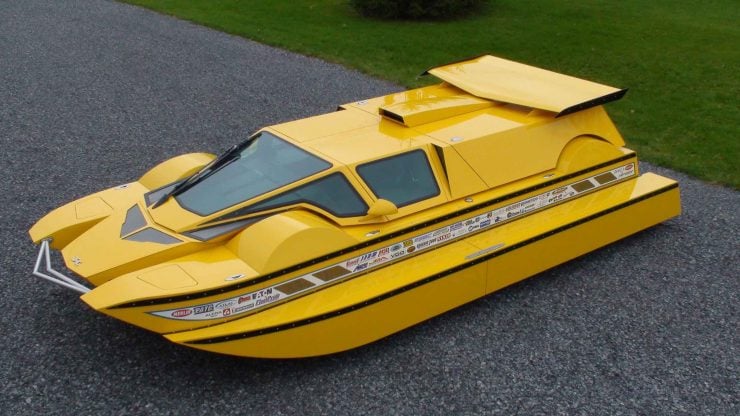 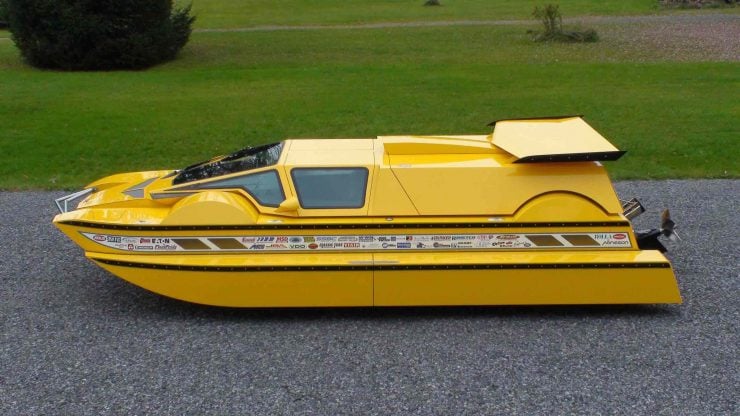 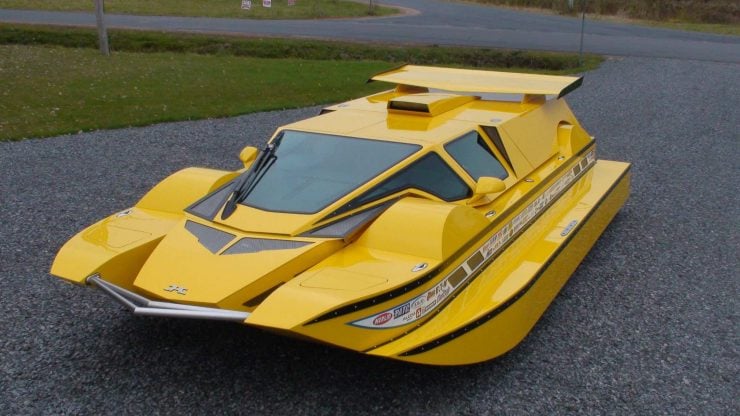 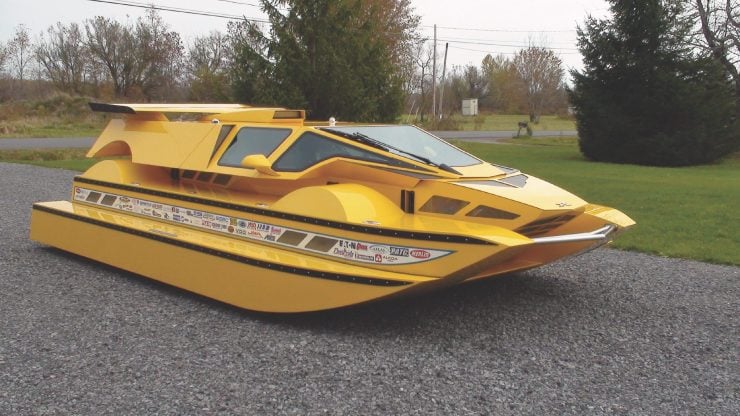 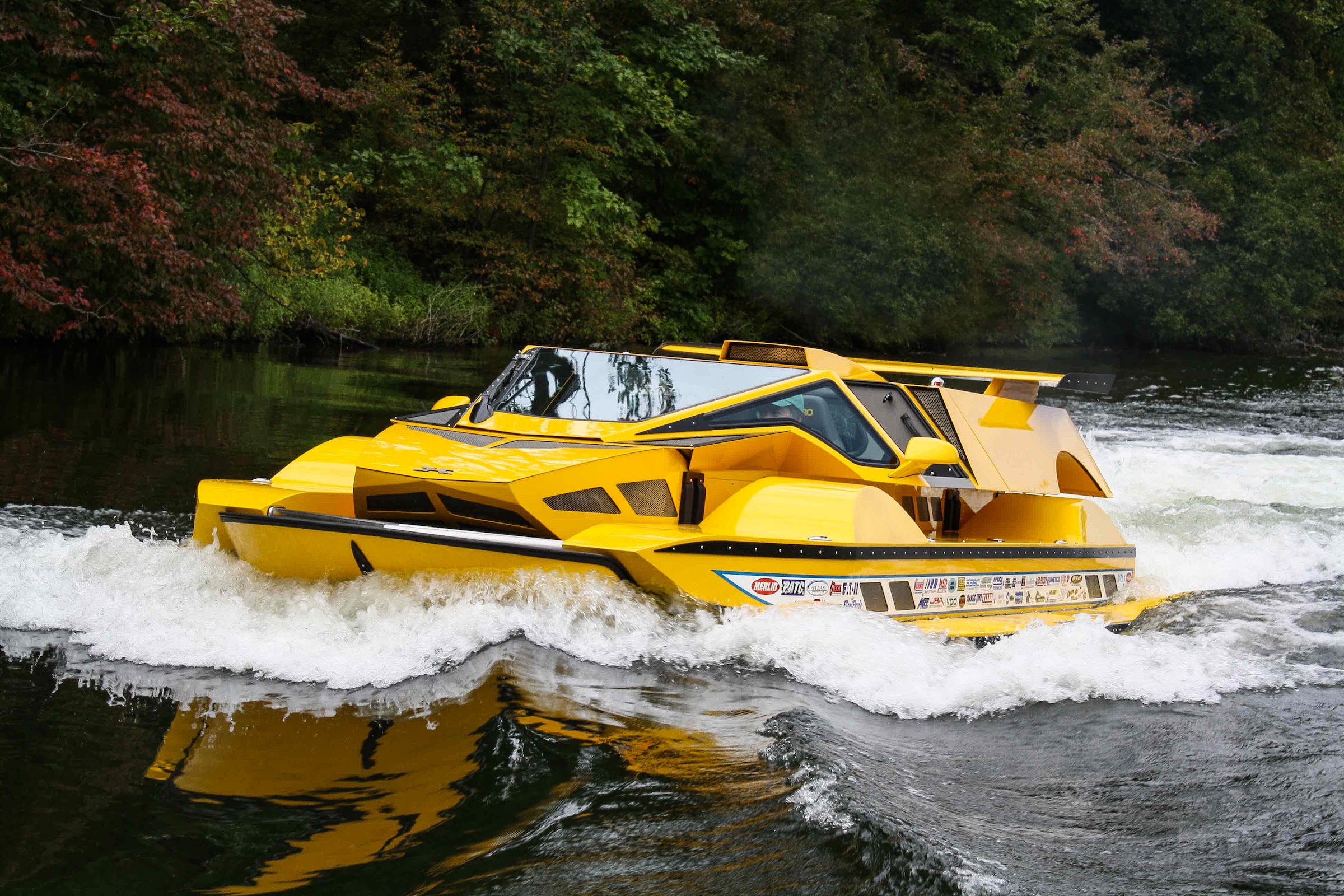 This Toyota FJ45 Land Cruiser Pickup was given a comprehensive restoration back in 2003, the…

Adam Ambro grew up in a three bedroom house with a five bay garage, perhaps an…