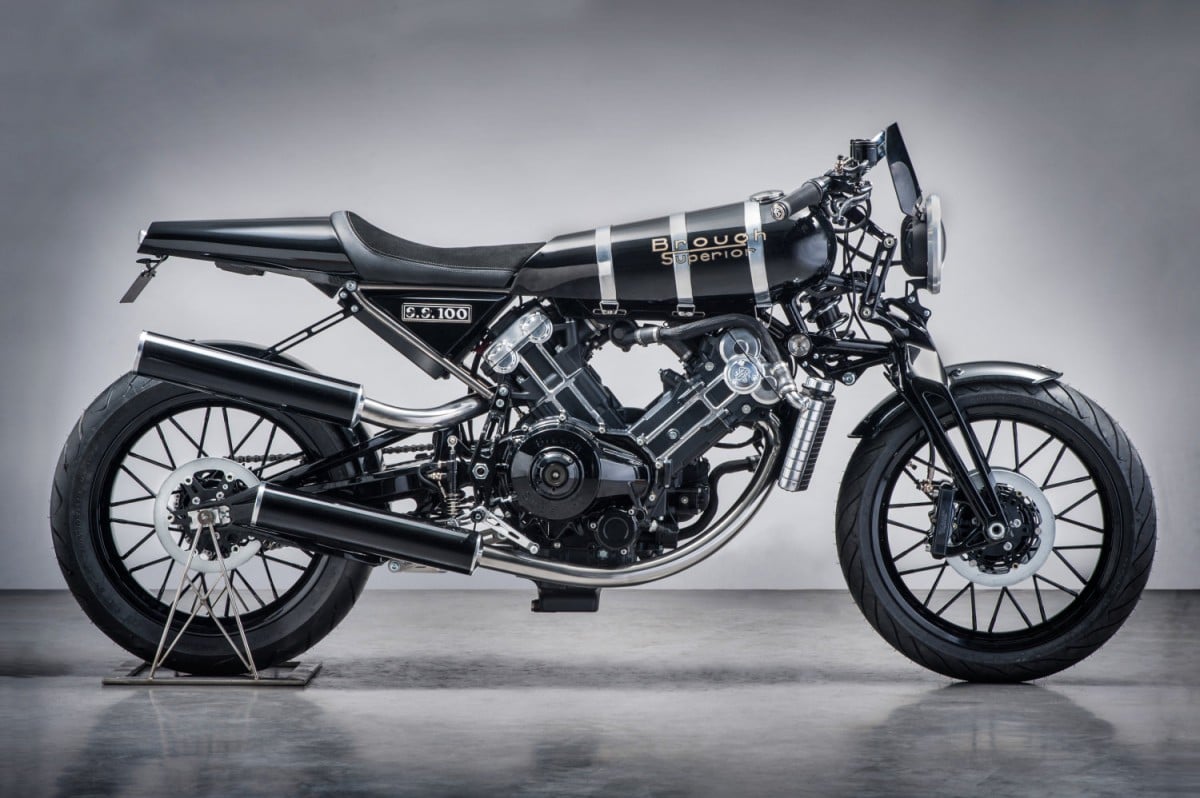 The original Brough Superior SS100 is a motorcycle that needs no introduction to anyone well versed with British history, T.E. Lawrence (Lawrence of Arabia) famously met his end whilst riding an SS100 and swerving to avoid hitting two boys cycling on the road.

The company’s creations were famously built to such an exacting standard that they became known as the “Rolls-Royce of motorcycles” – a title that was officially permitted by Rolls-Royce after a visit to the Brough Superior factory by the automobile marque’s executives in the 1920s.

At the top end of the Brough Superior range was the SS100, a motorcycle built from parts sourced from manufacturers around Britain and the USA, which allowed George Brough to pick and choose the best elements he could find and switch suppliers quickly if a new or better version of a part became available. This became apparent in 1936 when Brough Superior switched engine suppliers from J.A. Prestwich (J.A.P.) to Matchless when George Brough decided that the newer Matchless engine was a better unit.

Brough Superior was active from 1919 till 1940, the marque then lay relatively dormant until it was bought and rebooted by Mark Upham in 2008. The first order of business for the newly revived marque was to restart production of the classic SS100, these bikes were labelled replicas but they were built to the same exacting standards as the originals by the official owner of the marque, so it could be argued that they would be better described as continuations.

Whilst producing these replicas Upham was working quietly on a project with Thierry Henriette to bring Brough Superior firmly into the 21st century with an entirely newly engineered SS100 Mark 2 that was developed to not only look the part, but perform at a level you’d expect from a high-end sports motorcycle in 2014/2015. 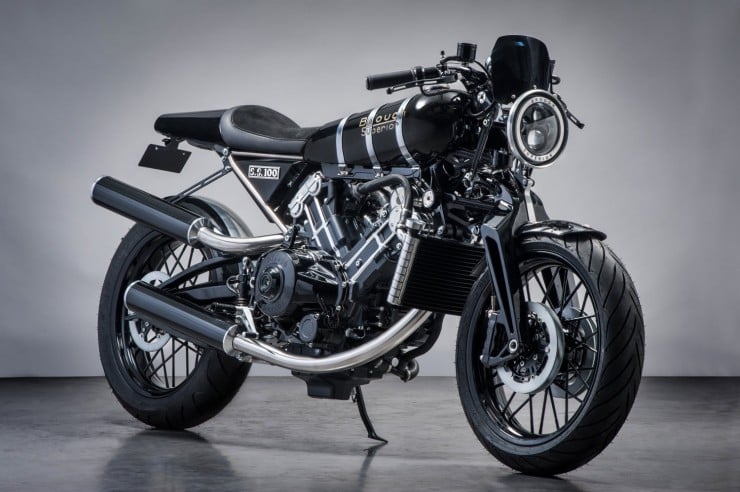 This new SS100 MK2 would take its aesthetic direction from the original George Brough design but would make up 100 years worth of engineering advances in a single model iteration – a feat never previously attempted by a motorcycle manufacturer.

The core skeletal structure of the new Brough is a 100% titanium frame engineered from flat plates rather than tubes with an integrated Öhlins mono-shock at the rear coupled to twin titanium swing arms. The front suspension is provided by an unusual Fior double wishbone arrangement with an Öhlins mono-shock tucked behind the headlight, front and rear braking is provided by advanced aluminum-ceramic Beringer discs with sintered metal pads.

As with almost any motorcycle, the part on the new SS100 that’s attracting the most attention is the engine, it’s a bespoke 88° V-twin DOHC, with 4-valves per cylinder and it’s both water and oil cooled. Depending on customer specification the engine can be tuned to produce between 100hp and 140hp, with compression ratios starting at 11:1 and torque at 125Nm.

Perhaps the most interesting specification is the dry weight, at just 180kg (395lbs) the new Brough Superior will offer a remarkably competitive power-to-weight ratio and assuming that the handling and braking is going to be well-sorted, it should be an exceedingly quick motorcycle.

Orders are being taken now for delivery in approximately 6 months (depending on specification) a refundable 30% deposit is required and the factory fixed MSRP is €49,900 (roughly $62,000 USD or £39,500). The production capacity of the factory is 250 units per annum and I suspect that Brough Superior is going to have clients lined up for every SS100 they can turn out, original production SS100s are now selling for hundreds of thousands of dollars and this is a marque with a reputation unlike any other. 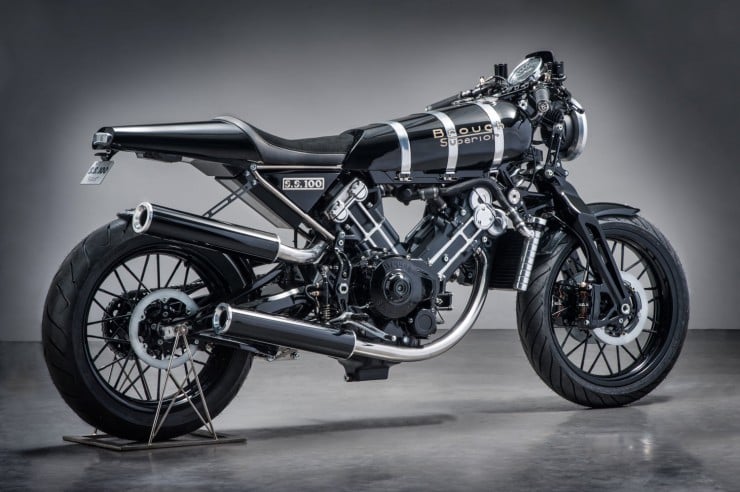 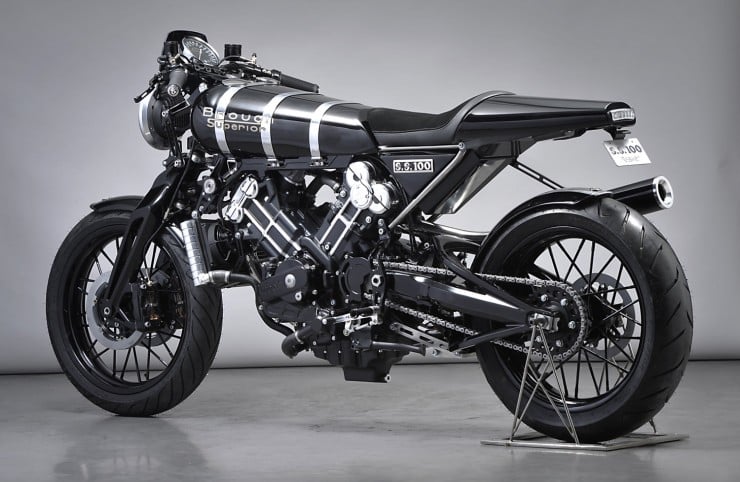 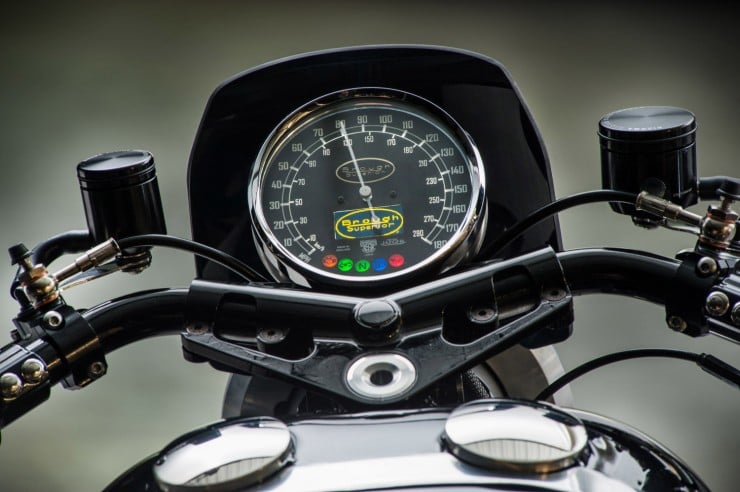 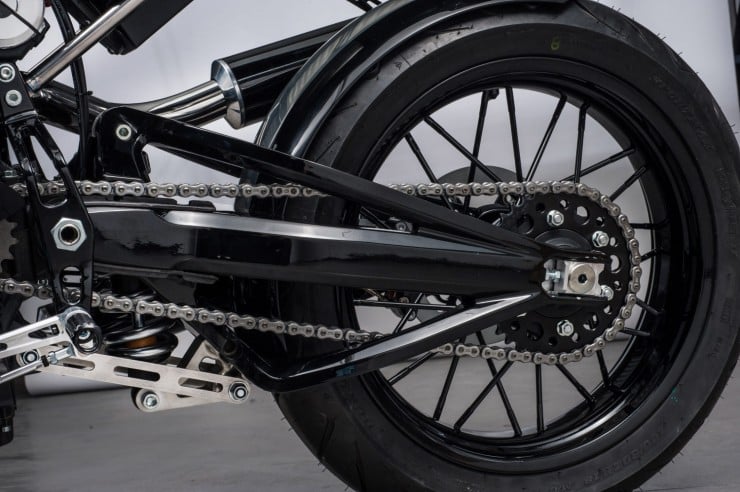 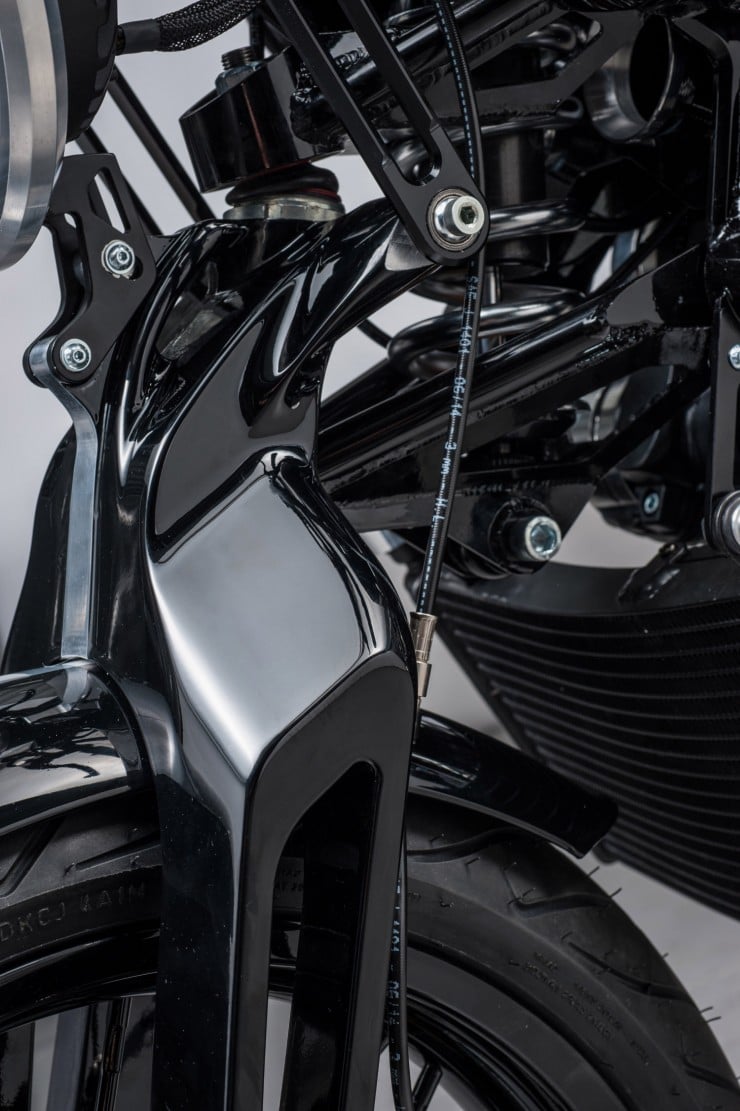 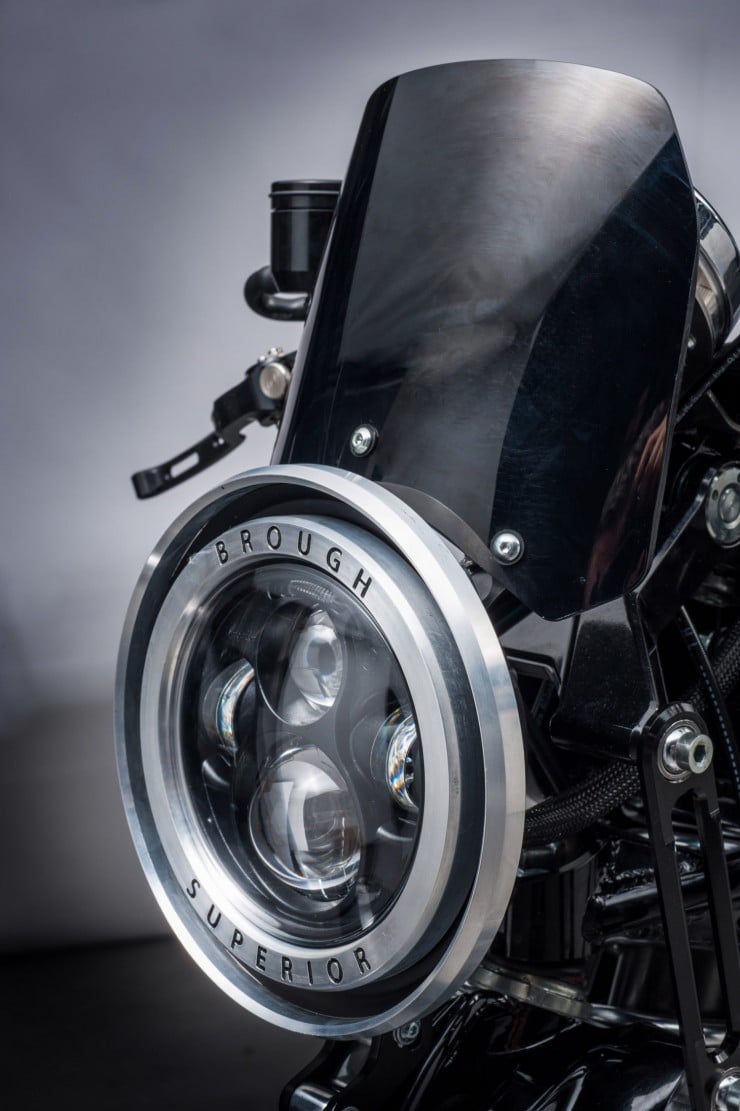 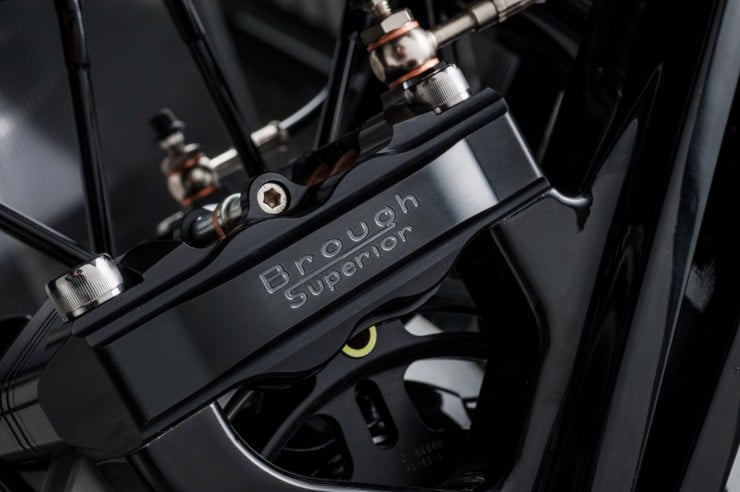 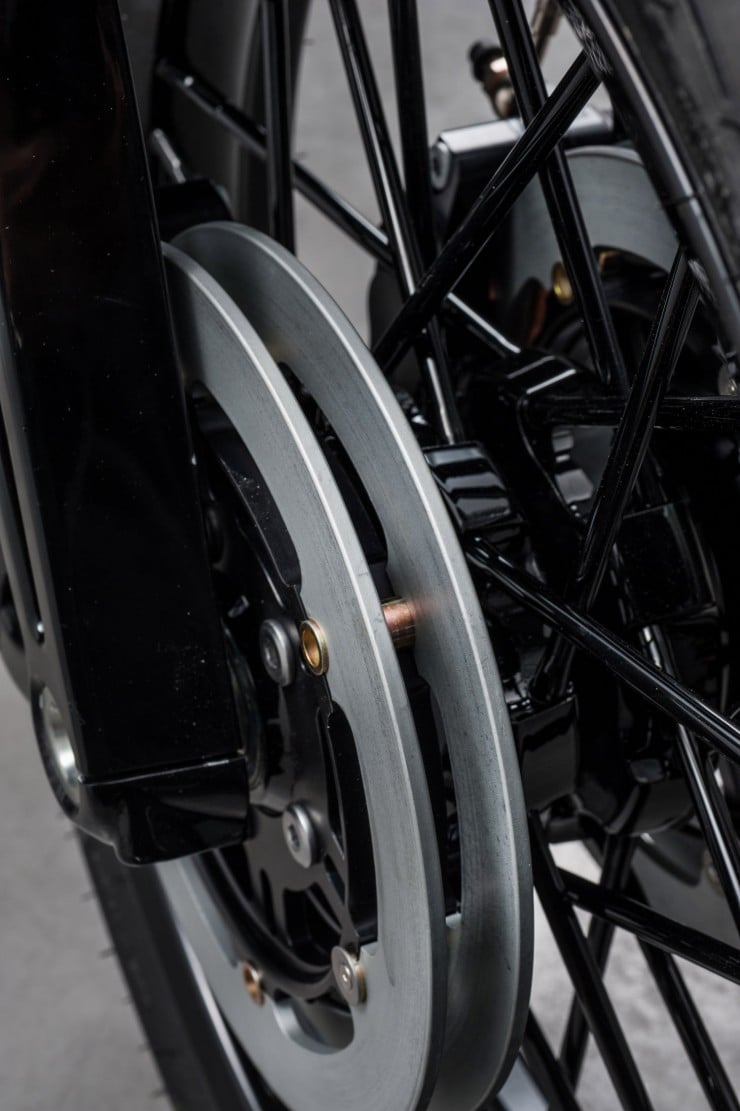 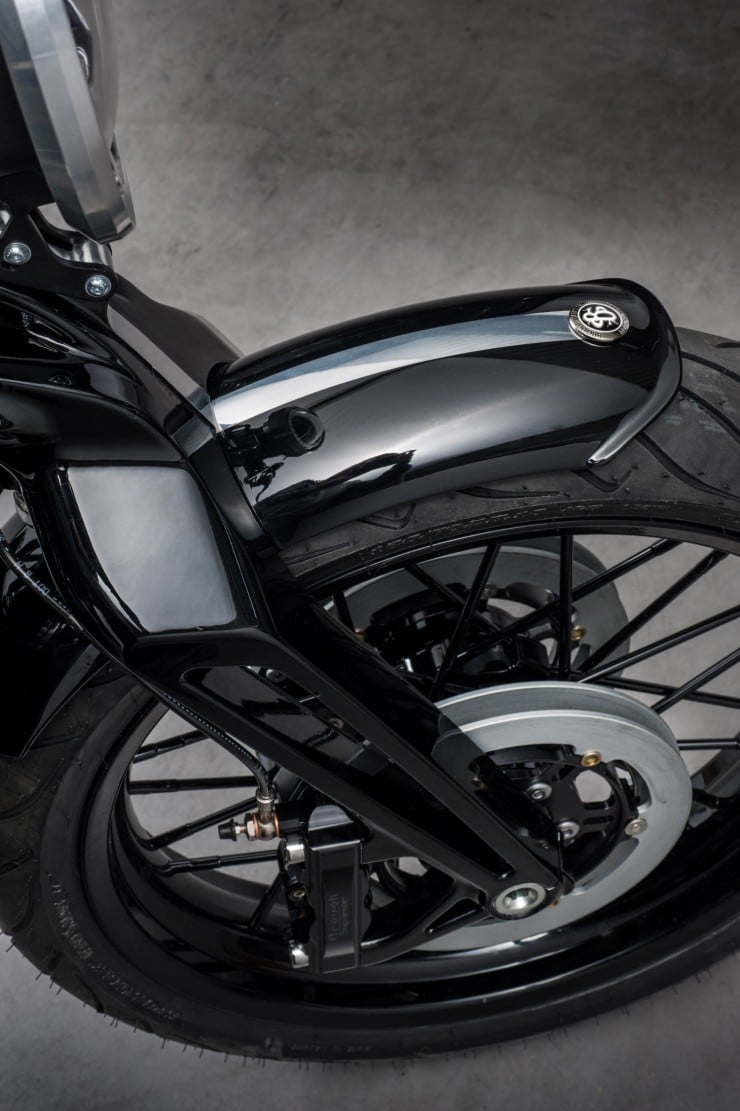 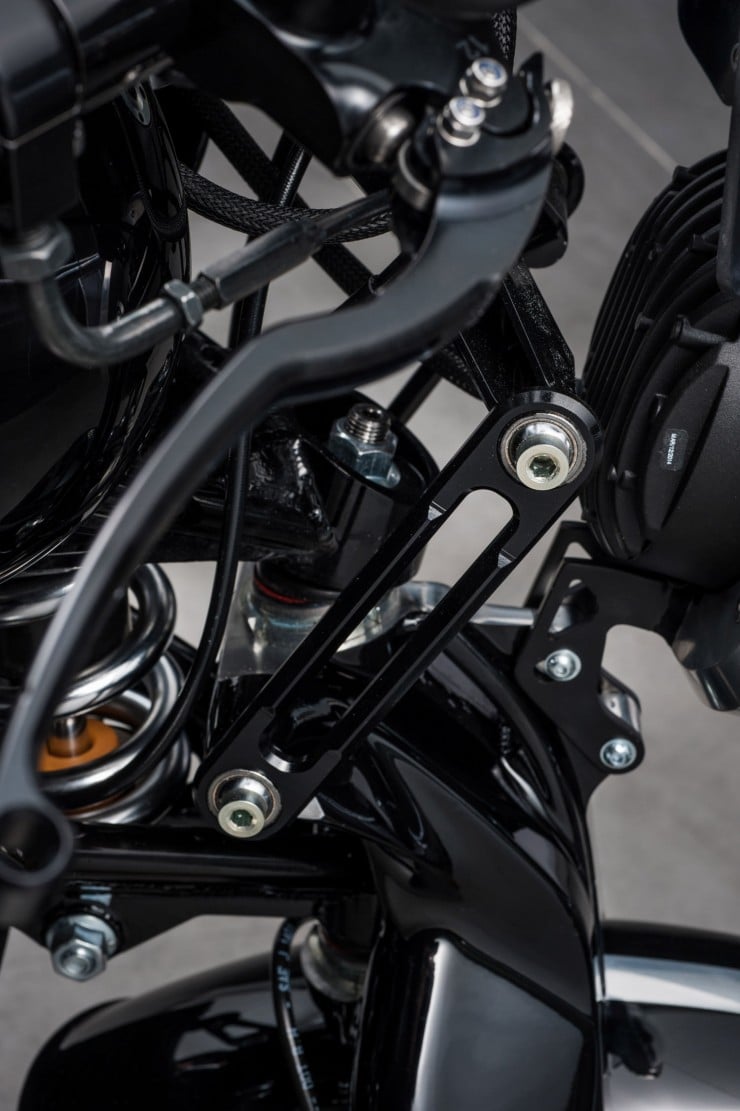 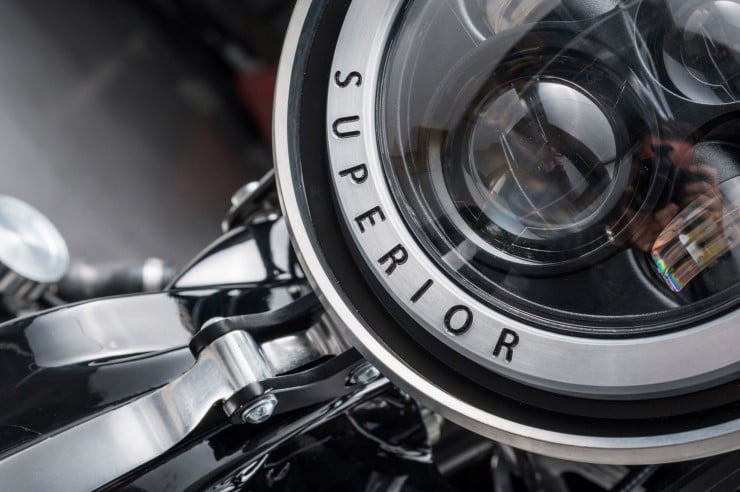 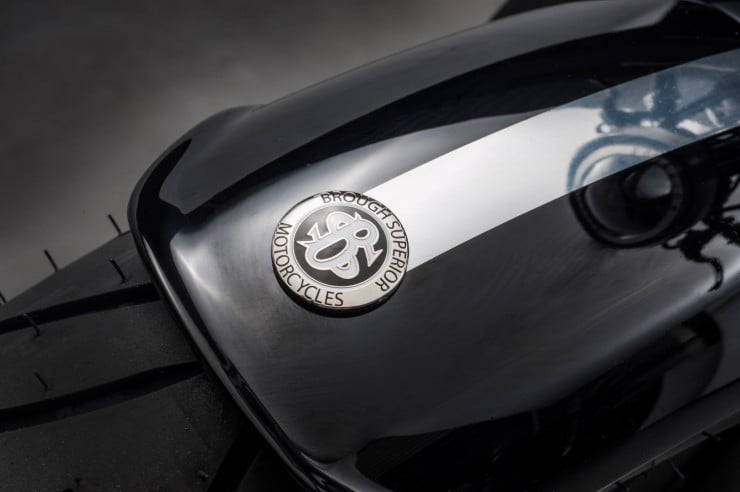 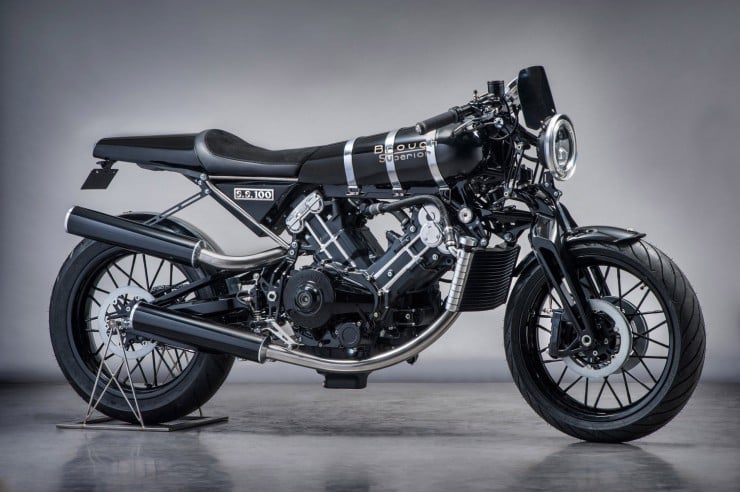 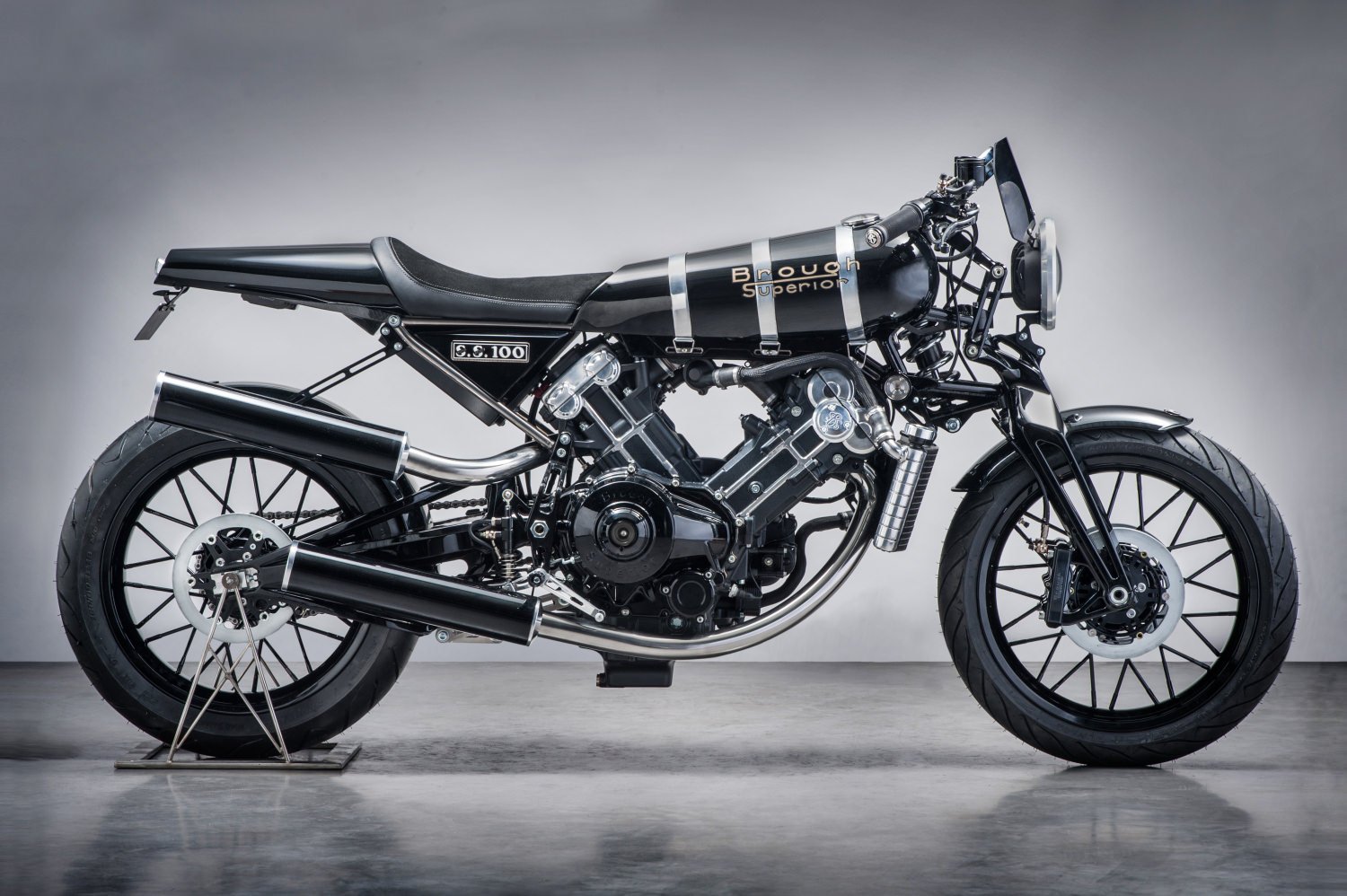