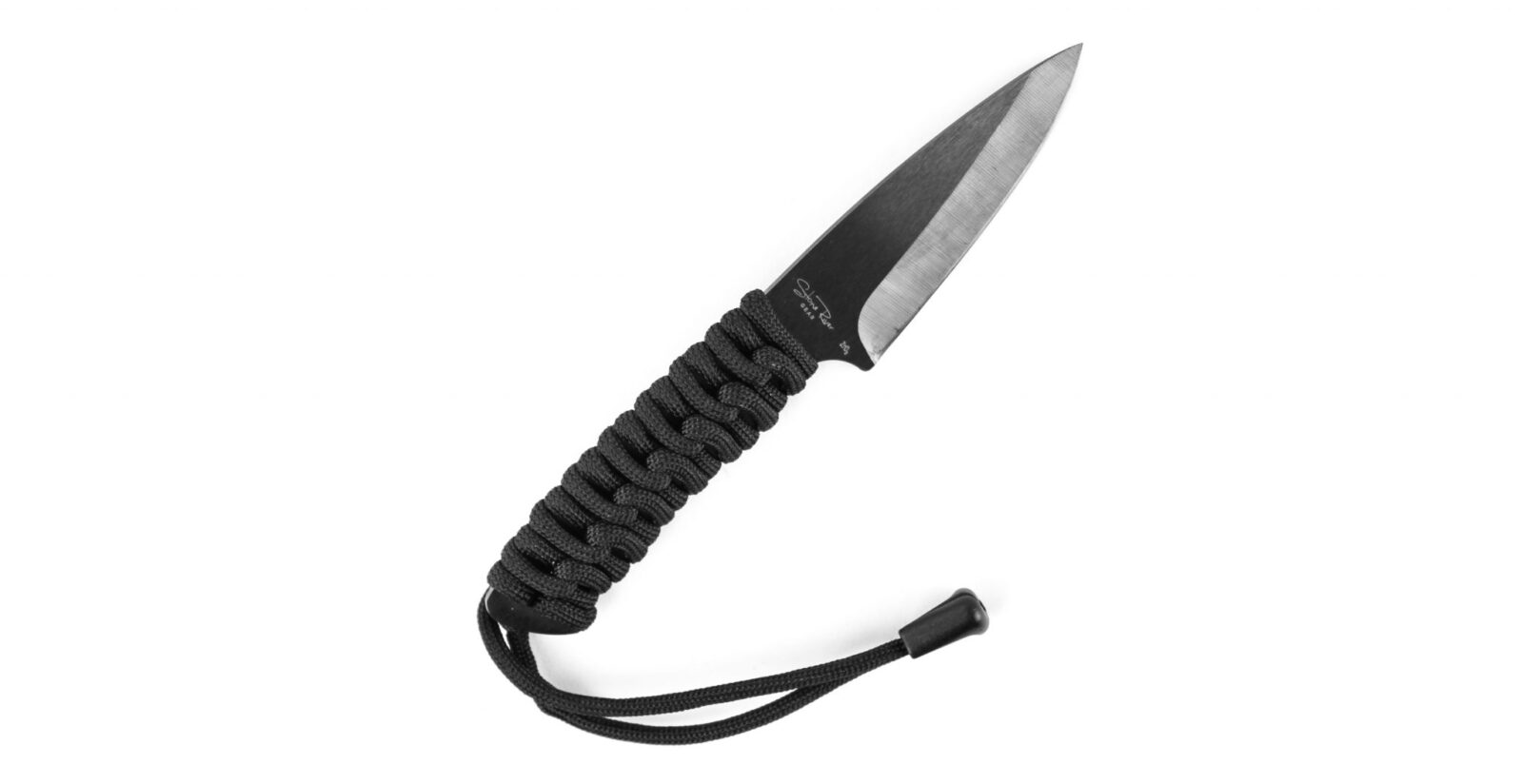 The neck knife is usually defined as being a small (under 4″ blade) that can be suspended around the neck with the tip of the blade pointing upwards. In order to make this safe the sheath is made from a blade-resistant material like polycarbonate, steel or (in this case) Kydex – so that if you have an oopsie you don’t inadvertently stab yourself in the brain.

The neck knife you see above is made in the USA by Stone River Gear, it’s made from zirconium oxide ceramic – which stays sharp 10-12 times longer than hardened steel. It has a handle covered in 550lb rated survival paracord and it comes with 2 sheaths – one for wearing it on your belt and one for wearing it around your neck. 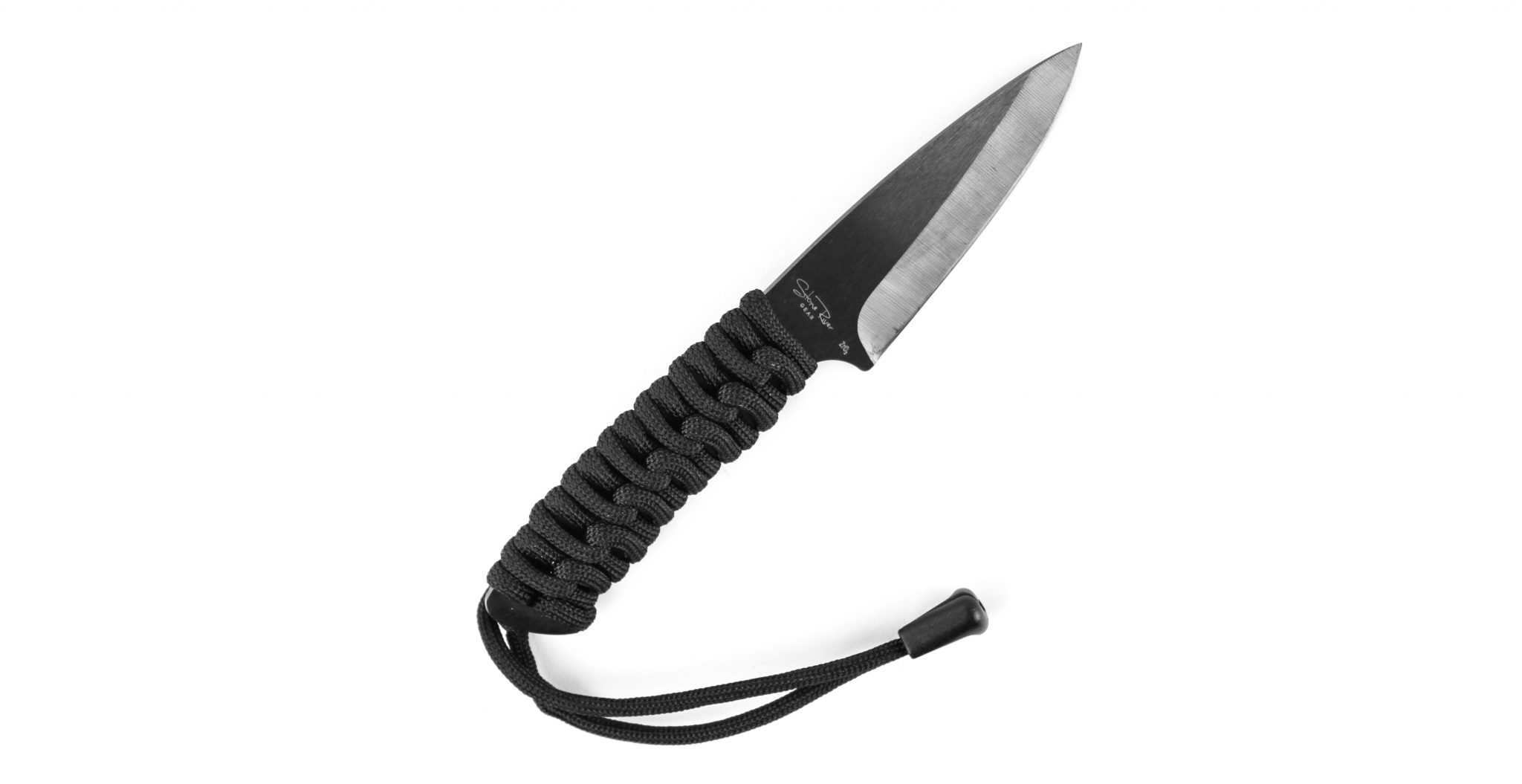