I sometimes upset certain types of vintage motorcycle enthusiast by telling them that the Harley-Davidson XR750 is one of the most beautiful bikes ever made, I know it’s not for everyone but its clean, function-first design always stops me in my tracks and makes me wish I had the $20,000+ required to add it to the collection.

The XR750 came about as a bit of a last minute project in 1969, the rules for the AMA Grand National Championship were slightly changed to allow both sidevalve and overhead valve engines – Harley had dominated the series when the rules favoured sidevalve engines but in 1970 the more modern British motorcycles would be able to enter, and the men at Harley knew this was going to be a problem.

An engineering team was assembled by Harley-Davidson’s racing manager Dick O’Brienand, and work began on a new flat track motorcycle, it was loosely based on the long running Sportster model but with upgraded heads, cylinders and oiling as well as modified (and simplified) electrics.

The XR750s produced in 1970 and 1971 encountered overheating problems, so for 1972 a newly designed aluminum alloy head was used – solving the issue and resulting in a motorcycle that would be the most successful in the history of American Motorcyclist Association Racing.

The beautifully presented 1972 Harley-Davidson XR750 you see here is due to be auctioned in Las Vegas on the 8th of January 2015 – giving you a few months to save up, or plan a bank heist. 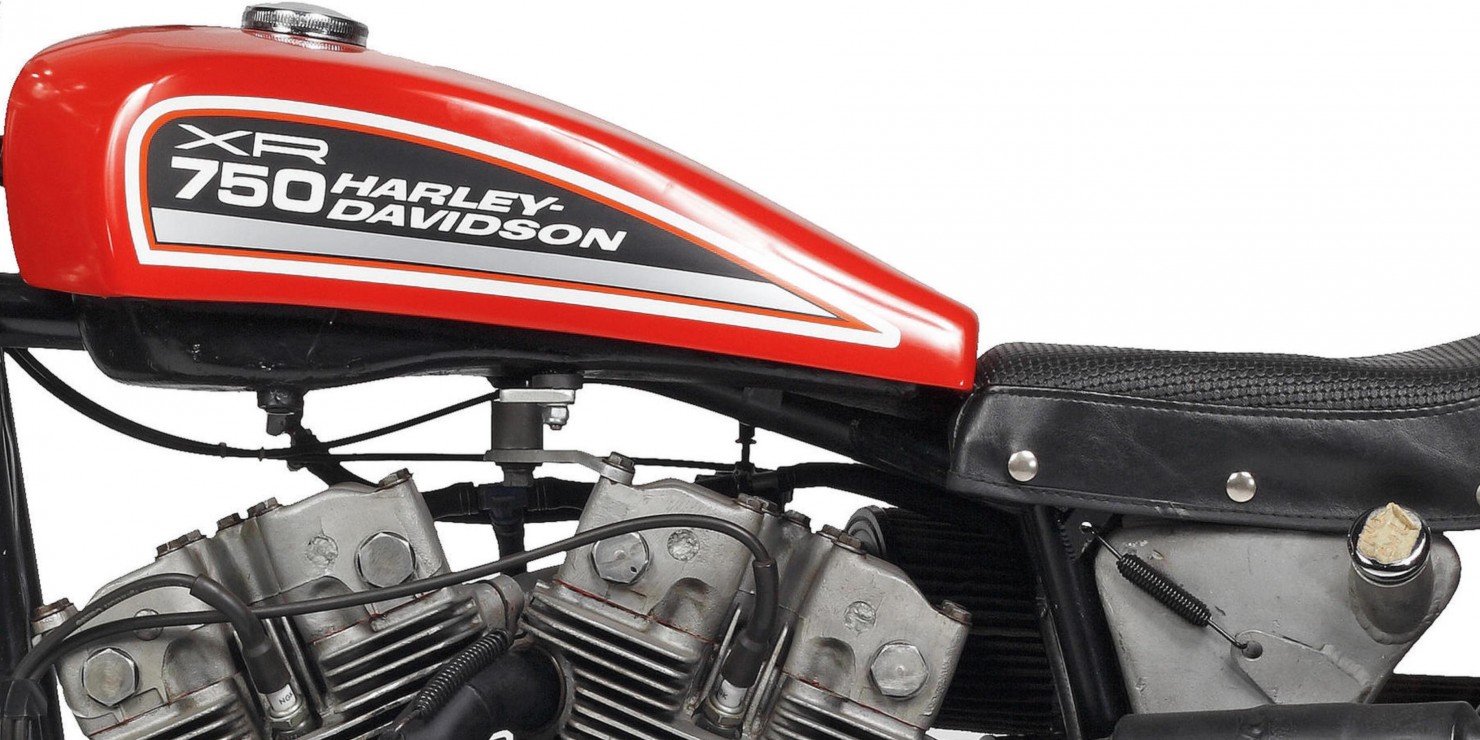 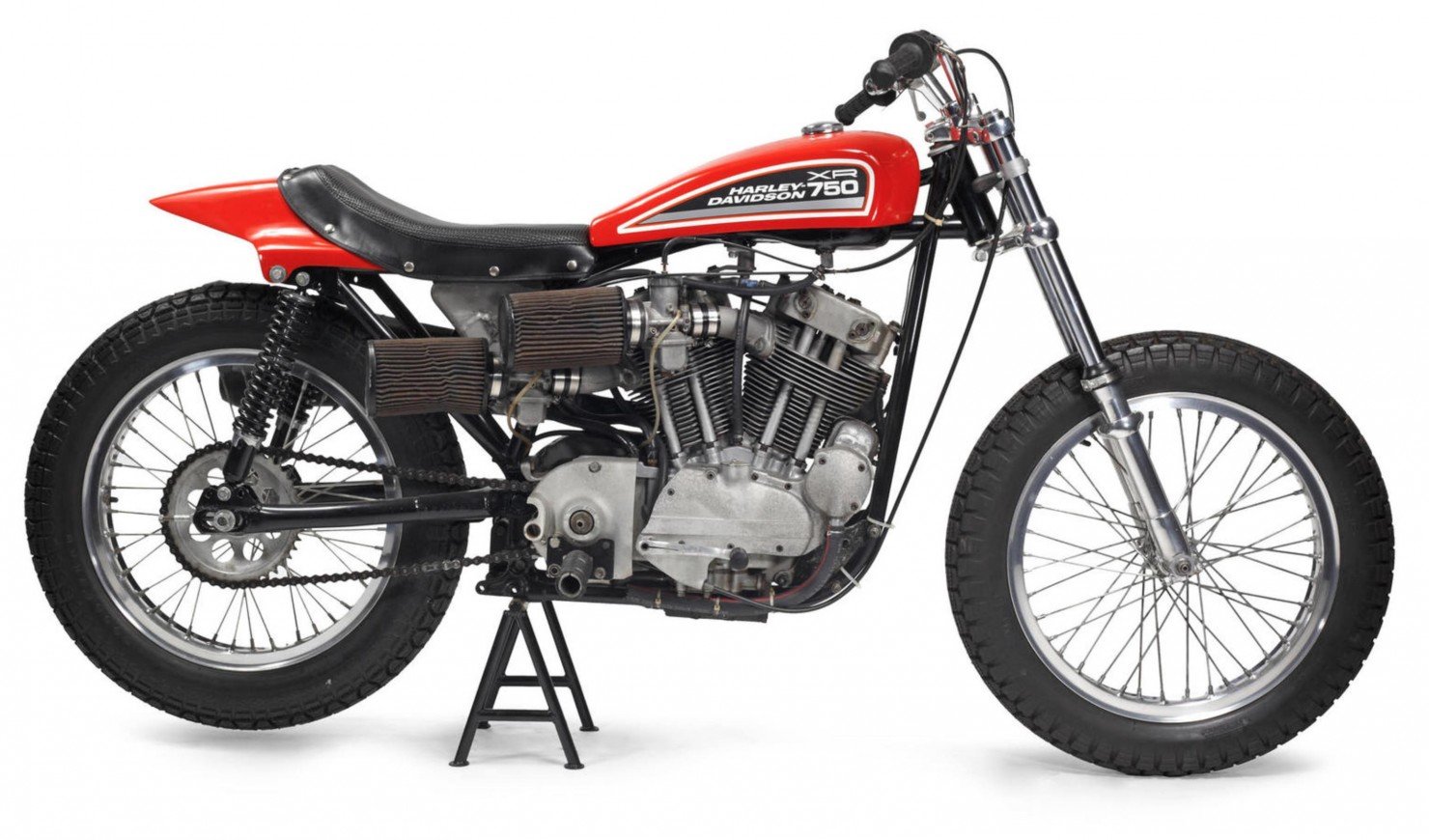 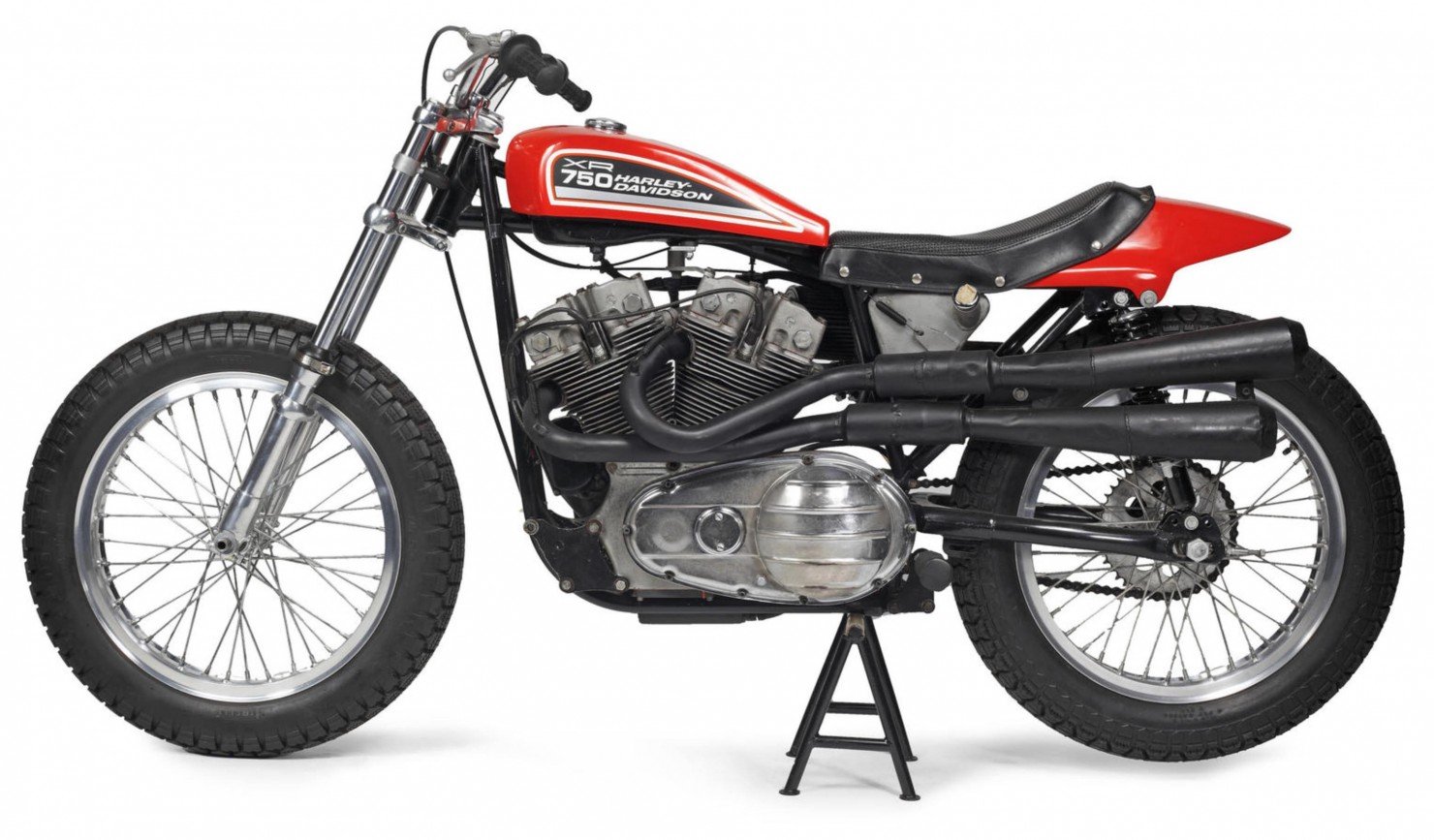 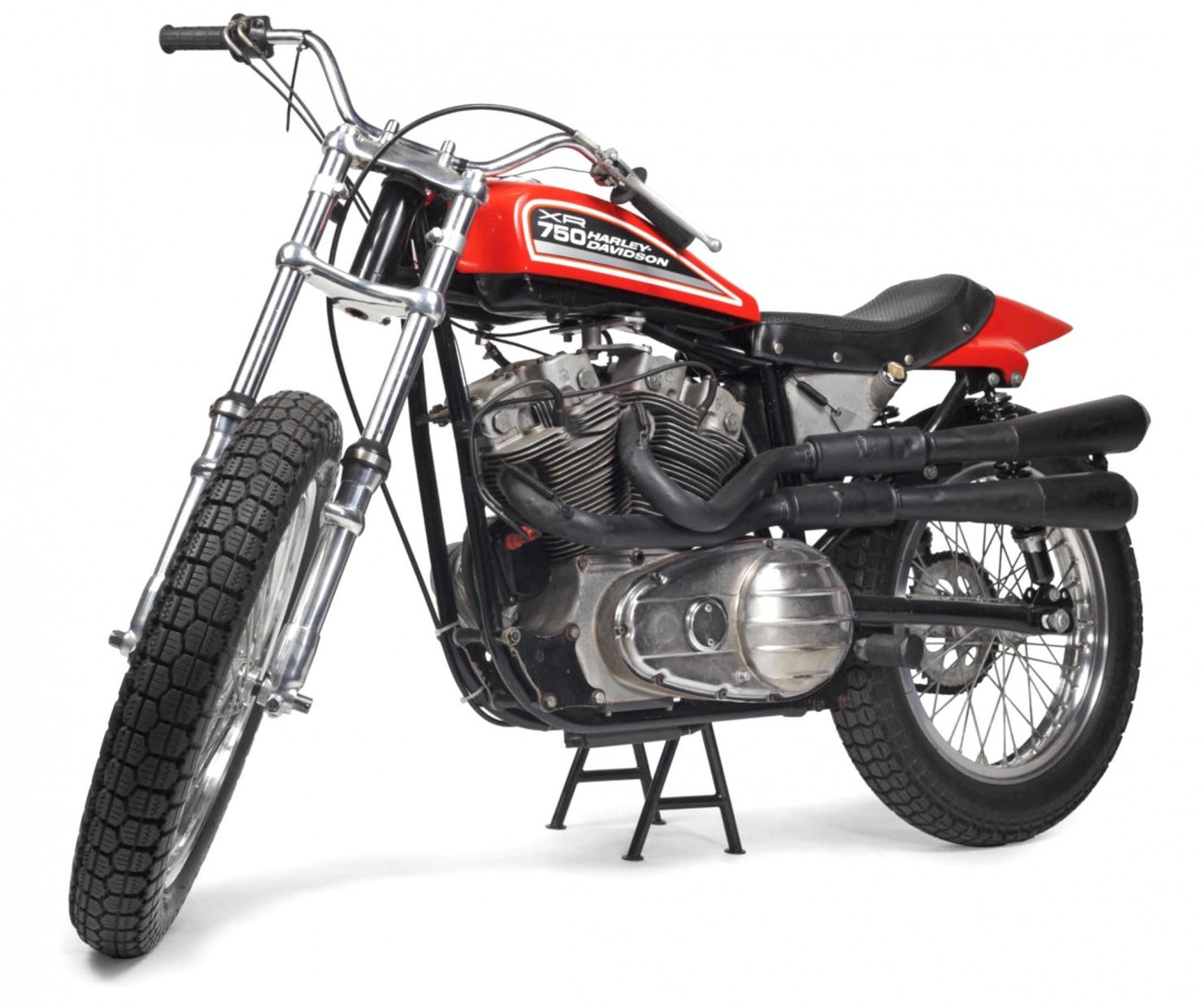