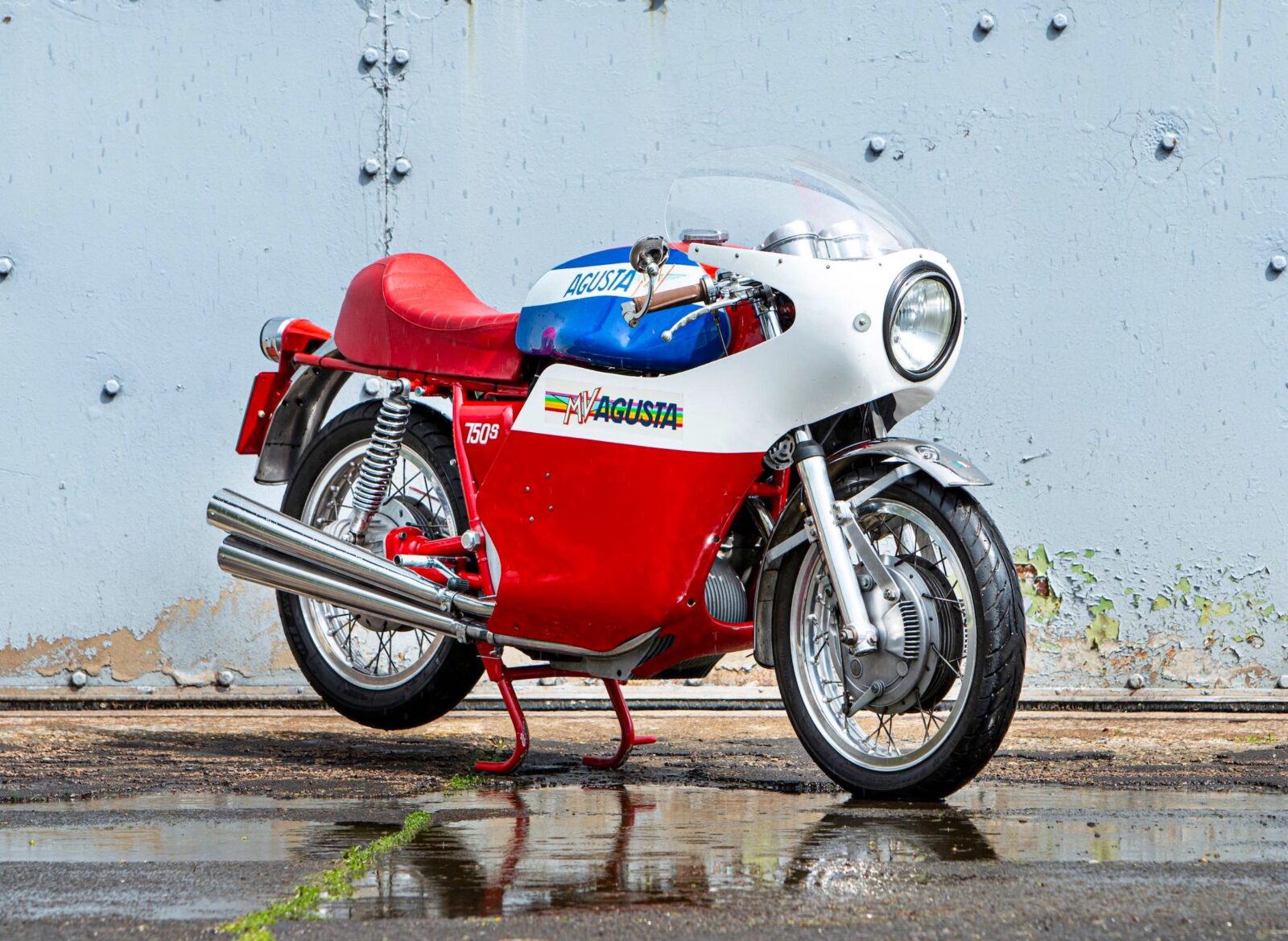 This low mileage is in large part due to the fact that it was owned by John Foulston, a gentleman racing driver and the owner of the Brands Hatch, Oulton Park, Snetterton, and Cadwell Park racing circuits in the United Kingdom.

Foulston kept this 750S in his private collection, which is why it only had 2,000 miles on the odometer when it was sold to its current owner, who then went out and put almost 10,000 miles on it, riding it exactly as the original designers had intended.

Over the course of the 1970 to 1975 production run, just 583 examples of the MV Agusta 750S were sold. This low production volume was largely down to two things, firstly the 750S was an expensive machine, and secondly, superbikes built by the Japanese were flooding into Europe and the USA with plenty of reliability and far more affordable sticker prices.

The motorcycles designed and built by MV Agusta have long been admired as works of art, and they weren’t just nice to look at – MV Agusta remains one of the most successful motorcycle racing marques in world history thanks to their near domination in the 1950s, 1960s, and into the 1970s. 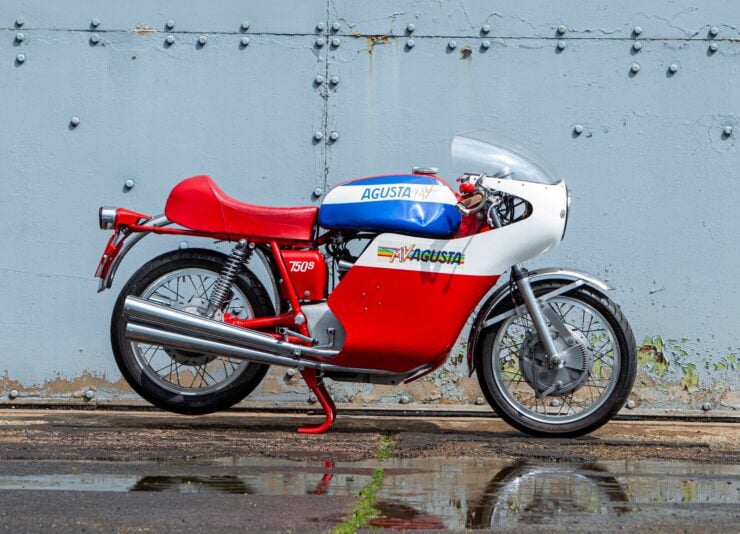 Above Image: The sculptural lines of the MV Agusta 750S has won it legions of fans over the past 50 or so years.

MV Agusta officially retired from racing at the end of the 1976 season after having amassed a staggering 270 Grand Prix motorcycle race wins, 38 World Riders’ Championship wins, and 37 World Constructors’ Championship wins. All achieved with some of the most legendary riders of the era including Giacomo Agostini, Mike Hailwood, Phil Read, Carlo Ubbiali, Gary Hocking, and John Surtees.

The motorcycles built by MV Augusta during this time were famous for the incredible engineering that went into them, with complex multi-cylinder engines that have been compared to Swiss watches.

It probably took longer than it should have for this grand prix engineering to make its way into the road bikes being offered by the Italian company. Their first production motorcycle with a transversely-mounted inline-4 cylinder engine and double overhead cams was the MV Agusta 600.

By all accounts the 600 was a sales flop, mostly likely due to the fact it wasn’t a sporting motorcycle by any measure, it was expensive, and it had a shaft drive to the rear wheels.

The one claim to fame that the 600 has is that it was the first production motorcycle in history with a transverse inline-4, an engine arrangement that would later become the de facto architecture of almost all Japanese superbikes beginning with the Honda CB750.

The motorcycle you see here, the MV Agusta 750S, was the immediate successor to the unpopular 600 and it clearly shows that someone at the Italian motorcycle marque was listening to the general public, though probably a little too late to do the company any good.

The new 750S used a 743cc version of the inline-4 from the earlier 600, keeping the shaft drive to the rear end which proved a controversial decision. The engine is an unusual looking four, with double overhead cams fitted inside the uniquely styled cylinder head. 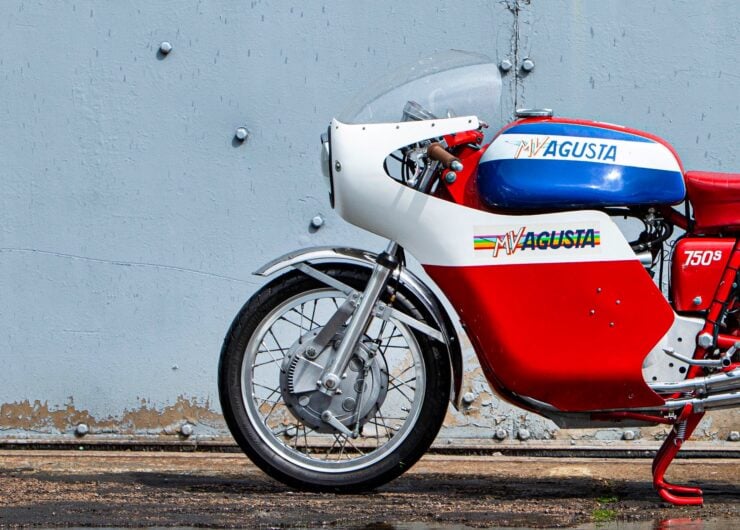 Above Image: The aerodynamic fairing was inspired by MV Agusta race bikes of the era.

It was clear that the 750S had far more produced sporting intentions than its forebear, with clip-on handlebars and a far more aggressive riding position. Period reviews of the bike were somewhat mixed as you can see below, however the model has become a bit of a cult classic in more recent years.

“Its paint and chrome finish is poor. The electrical controls stupidly inadequate, but with the soul of a grand prix machine as well as the basic requirements of a fast roadster, the MV has a quality denied to almost any other machine. The bike’s attraction lies wholly in its raw, almost crude appeal of pure speed suitability. Perhaps the one word that sums it up is ‘Sensuality.’” – a Cycle World road test from 1973

The 1973 MV Agusta 750S you see here is due to roll across the auction block with RM Sotheby’s on the 4th of July. It’s had only three owners from new with the current owner being a member of the MV Owners Club of Great Britain.

The bike is being offered with the original tool kit still under the seat, it also comes with a substantial history file containing correspondence, invoices, expired MoTs and tax discs, and old registration documents. 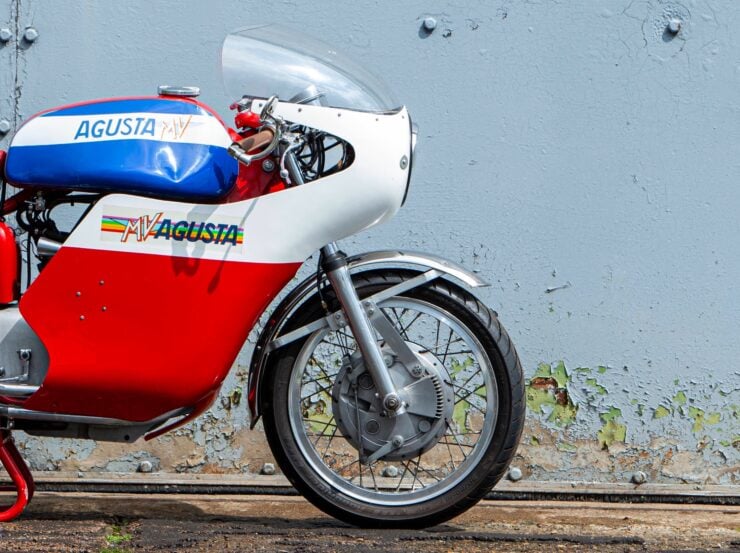 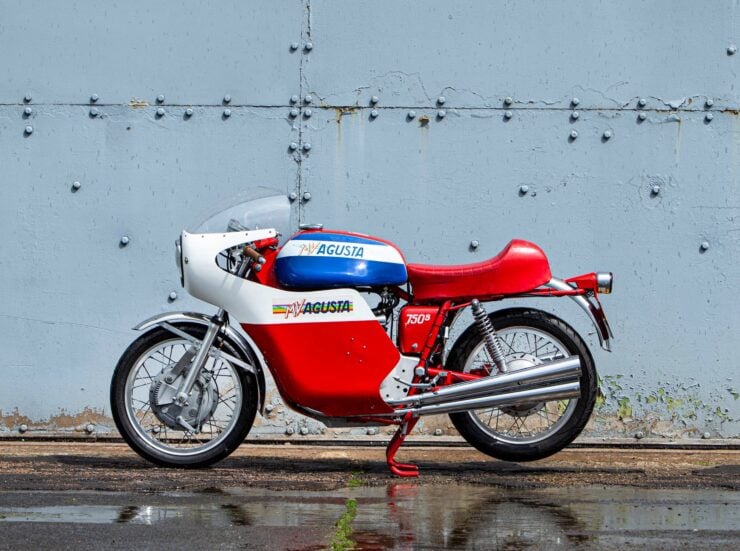 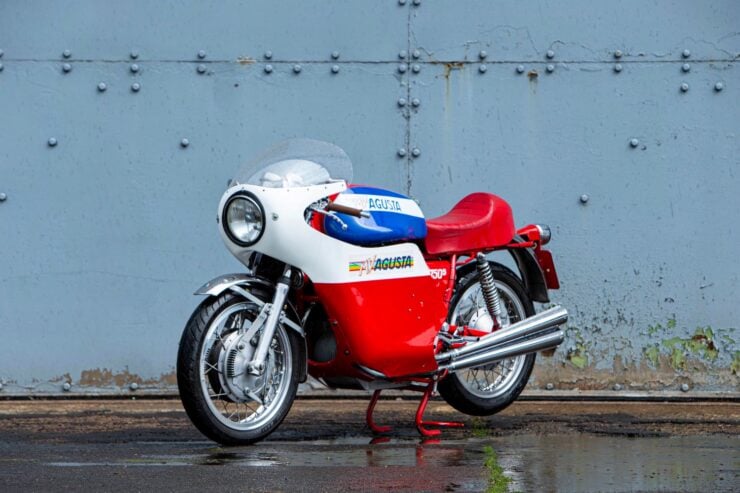 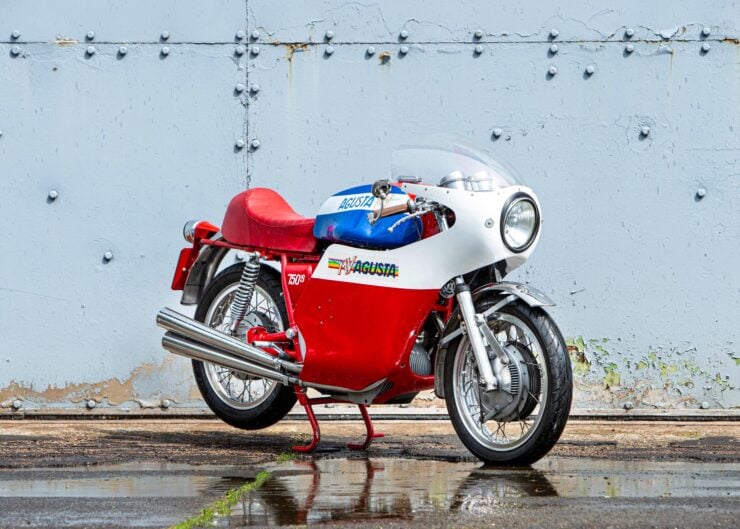 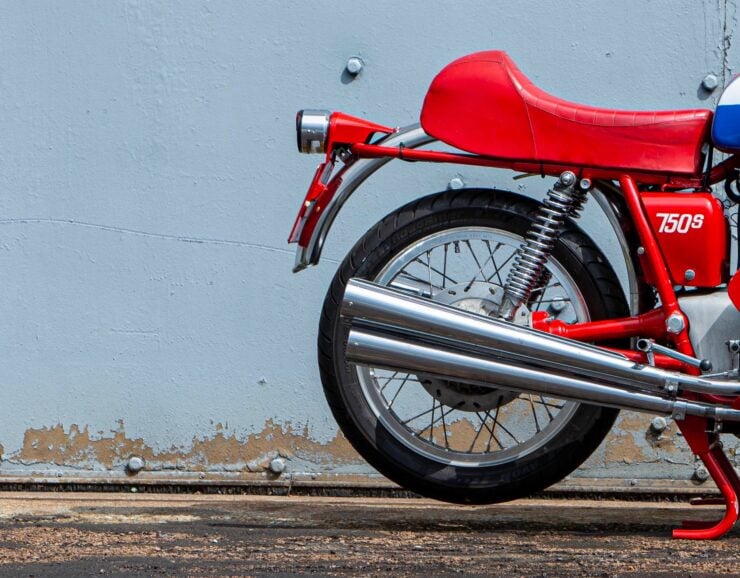 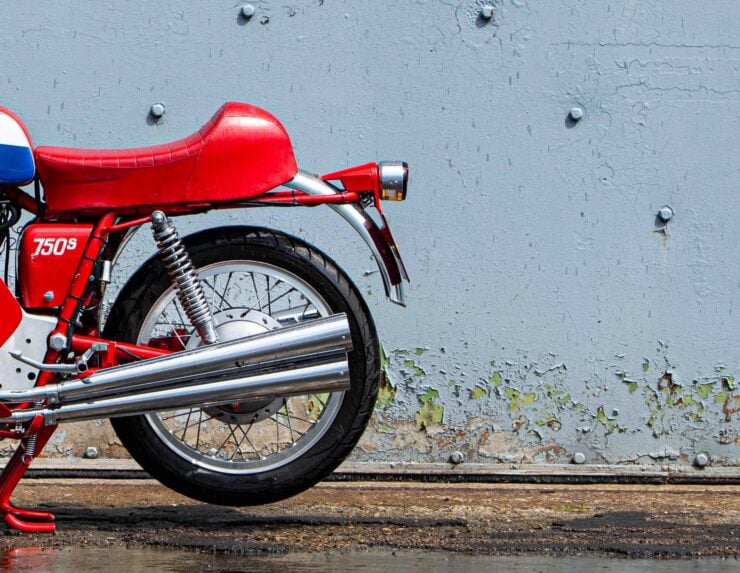 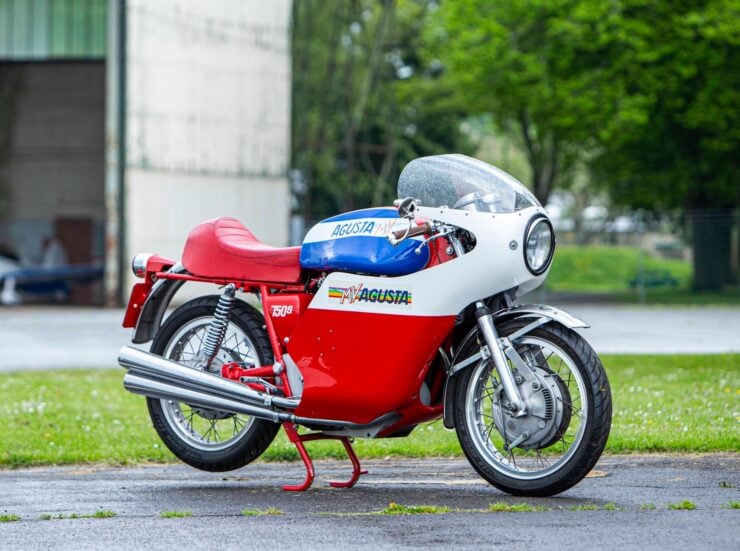