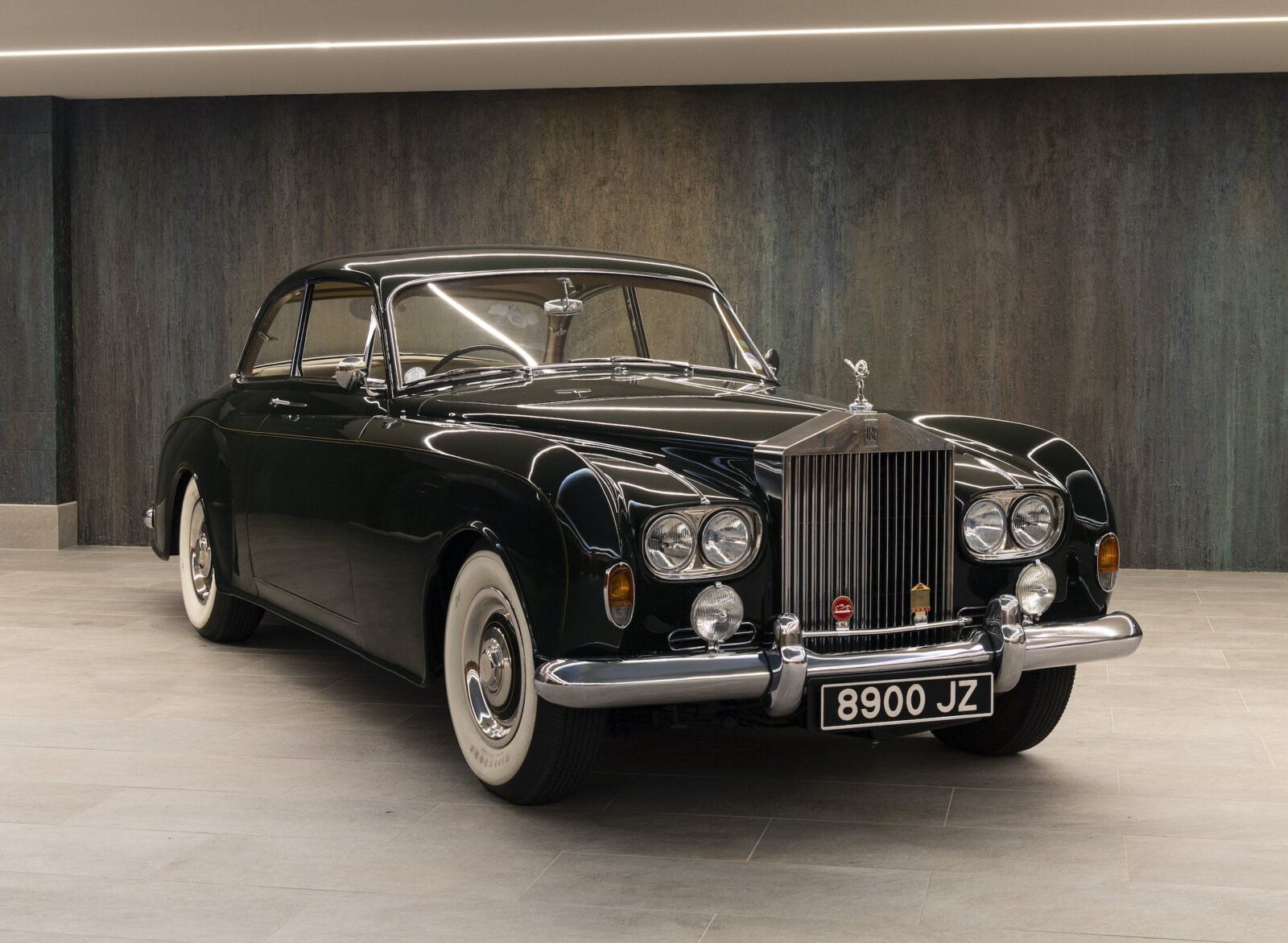 This is the Rolls-Royce Silver Cloud III bodied by James Young, just six of these were built by the British coachbuilder and when they were new in the mid-1960s they were among the most luxurious two-door cars available for sale anywhere in the world.

The Silver Cloud had been released in 1955 and sold until 1966 over three generations, the I, II, and III. As you would expect the final Mark III example was the most refined after almost a decade of incremental improvements had been made to the model.

The first Silver Clouds had been powered by a 155 hp 4.9 litre straight-six however this proved perhaps a little underpowered for the 2.3 ton car, a new Rolls-Royce 6.2 litre V8 engine would be fitted from 1959 onwards, greatly improving performance though slightly reducing fuel economy – though fuel economy wasn’t typically a high priority for those who bought cars of this nature.

The Silver Cloud III was released in 1963, it included a slew of improvements including uprated SU carburettors, a higher compression ratio (9.0:1), and a weight reduction of over 100 kilograms (220 lbs).

As a result of these changes this model was the fastest of the Silver Clouds, Rolls-Royce famously never liked to list horsepower figures for their cars, deeming it crass, however they did note that the Silver Cloud III was 7% more powerful than the preceding model. 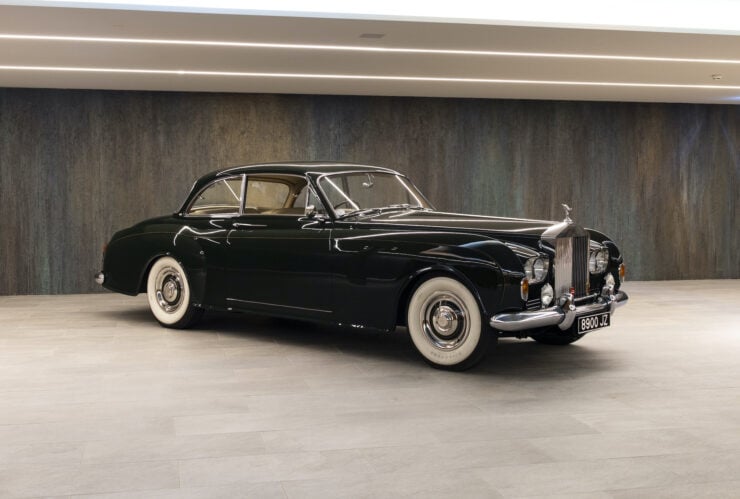 Above Image: The beautiful lines of many of the bodies built by James Young have resulted in them being highly sought after by enthusiasts.

James Young would become one of the most lauded of the 20th century British coachbuilders, the company was founded in 1863 when Mr James Young bought J. K. Hunter’s carriage-building business – 20 or so years before the invention of the automobile.

When the automobile did appear many carriage builders would switch to building car bodies, made relatively straightforward by the body-on-chassis design that was commonplace at the time. Over the course of the company’s history, James Young would build armored cars for the war effort during WWI and aircraft components during WWII – suffering two bombings during the war that destroyed all of the firm’s paper records.

The 1960s would mark the end of James Young’s long history, however the company went out with a bang, building some of the most beautiful and elegant Rolls-Royces of the era – like the example shown here. 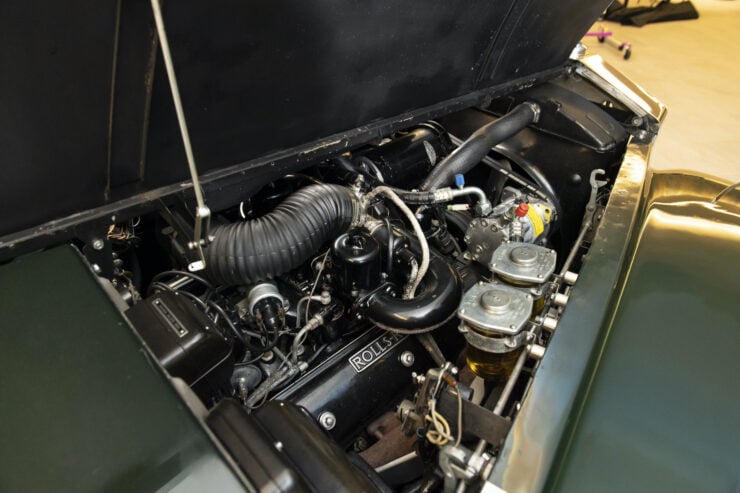 Above Image: This is the 6.2 litre V8 Rolls-Royce engine that provided ample torque, pushing the car on to a stop speed of over 100 mph.

James Young would build just six of these, known as the “SCV150” model the body was characterized by its elegant lines and opulent interior. This was a Rolls-Royce for a person who wanted to drive it themselves, not just to sit in the back while a driver does all the work up front.

This car was ordered new by Melville Thompson, Esq., of The Stone House in Portavoe, Donaghadee, in County Down, Northern Ireland who kept the car into the late 1970s. He specified that the car be finished in Brewster Green with beige hides, inside it has a radio with an electric aerial, folding tables to the rear of the front seats, an automatic transmission, with power steering and power windows.

Each of these bodies is said to have taken James Young craftsmen over 2,632 hours to complete. The car has passed through a limited number of hands in the years since it was first delivered and it’s now being offered for sale out of a prominent collection in Liechtenstein. 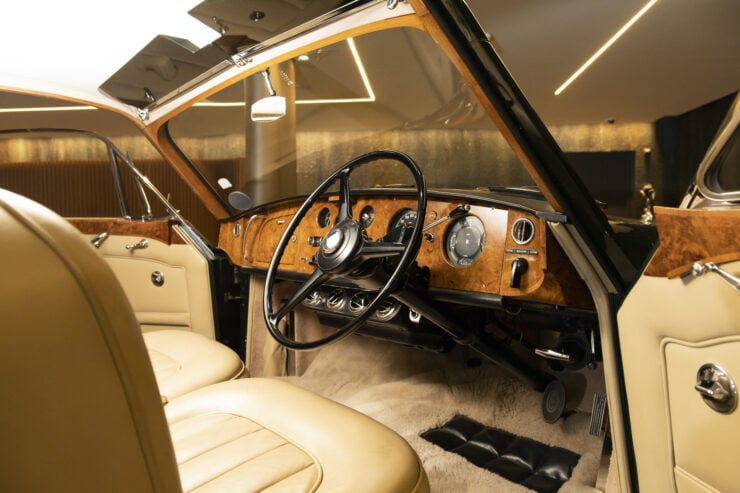 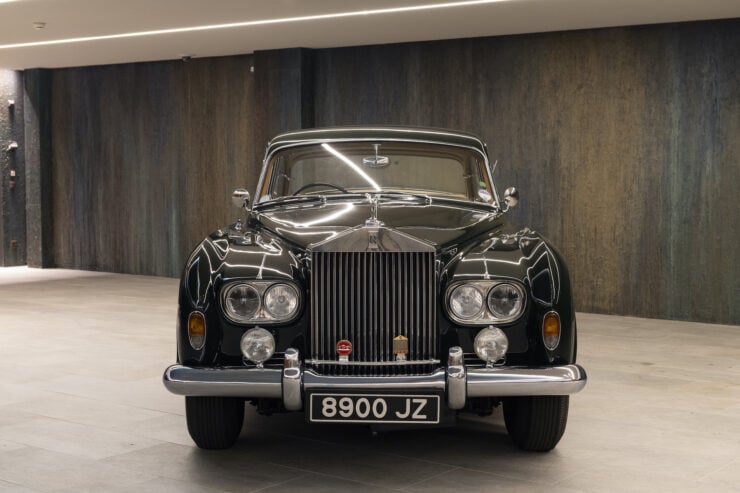 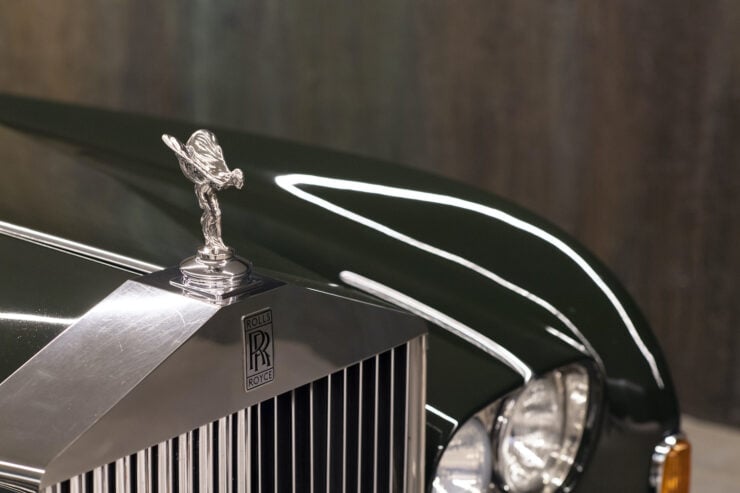 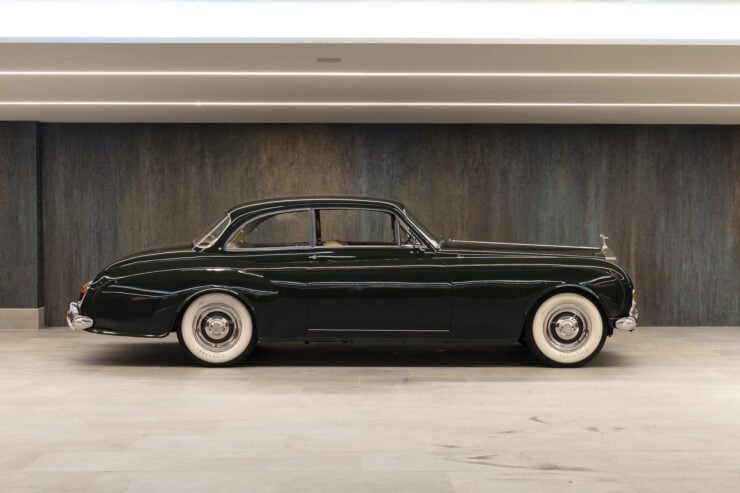 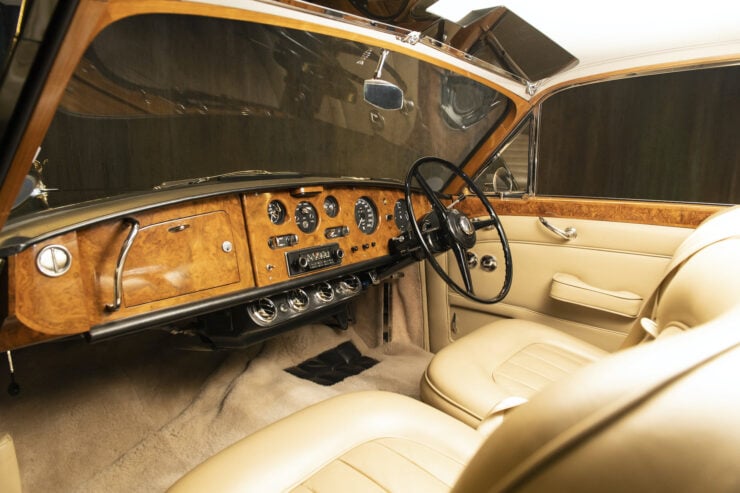 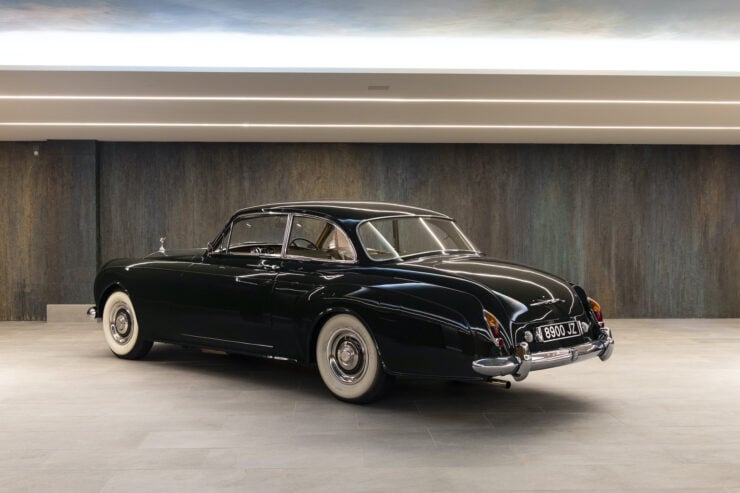 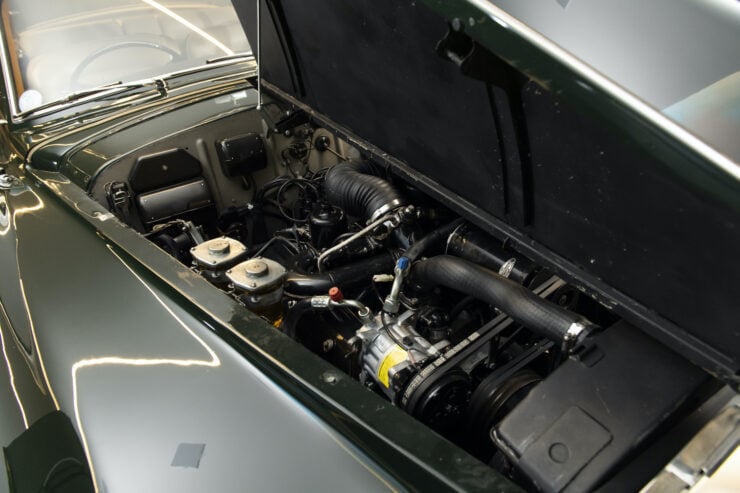 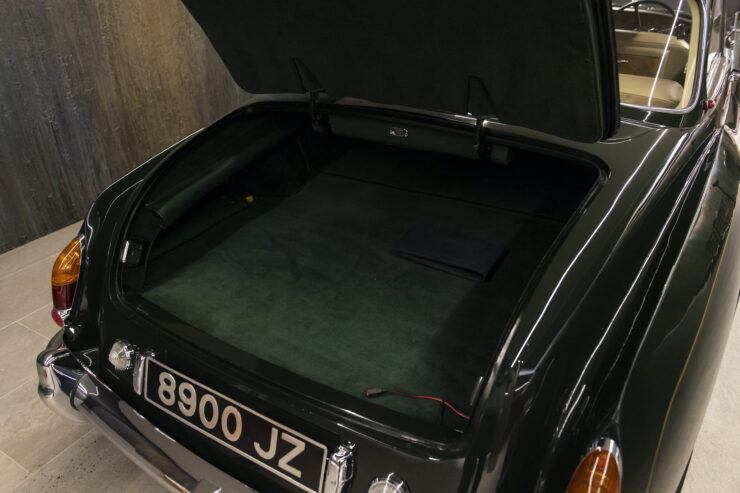 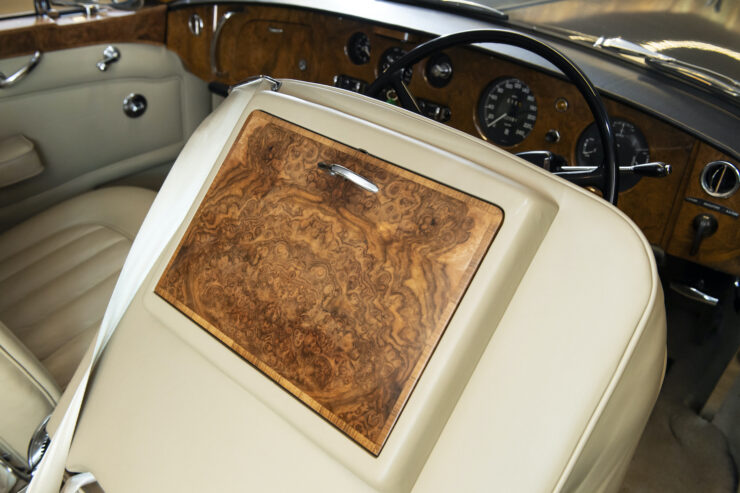 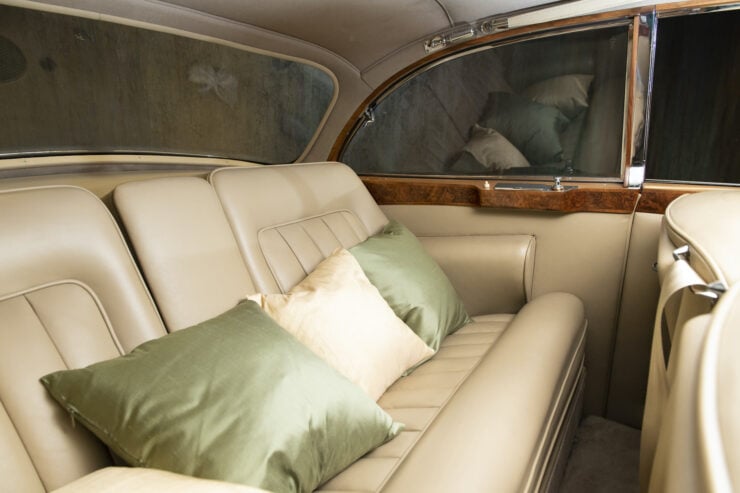