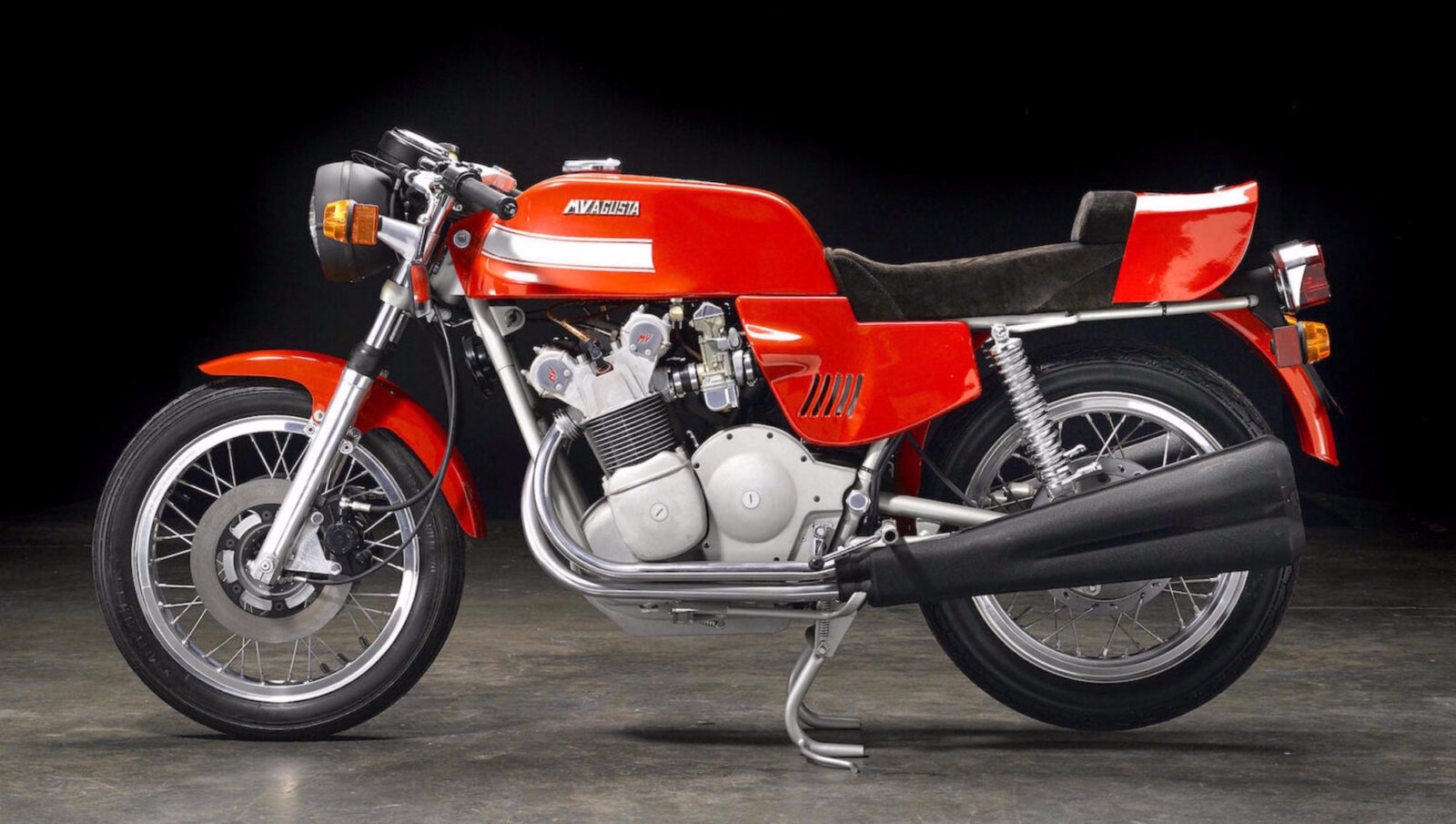 The MV Agusta 750S America is a motorcycle that was built to fulfill a request from Chris Garville and Jim Cotherman of Commerce Overseas Corporation – the primary US importer of MV Augusta motorcycles in the 1970s.

Garville and Cotherman believed that there was a gap high in the market for an expensive and highly capable sports motorcycle. They were wrong. But sometimes it’s good to be wrong, because we get cars like the BMW 507 Roadster, the DeLorean DMC-12 and motorcycles like the MV Agusta 750S America.

With a displacement of 789cc, the DOHC inline-4 was capable of 75 bhp and had a red line of 8500 RPM – largely thanks to the hard-earned grand prix experience that had been rolled into the engine’s development.

Many draw parallels to the Honda CB750 and they aren’t unfounded, both bikes had a similar layout, capacity and kerb weight. But the performance of the MV Agusta 750S America was in a league of its own. Although to be fair, so was the price tag – the CB750 retailed for $2,190 and the MV cost $6,500.

The performance figures for the 750S America were only surpassed by the two-stroke superbikes of the 1970s, and even then not by much more than a whisker.

A 13.06 second standing quarter-mile with a 105.14mph terminal speed was achieved by Cycle Magazine when they tested the bike in the mid-1970s, and the top speed was rated as 130.4 mph.

The racing pedigree of the MV Agusta marque is often forgotten nowadays, but from 1952 to 1973 they won 37 world road-racing championships including 16 500cc titles in just 18 years – a record that still stands and doesn’t look like it’ll be broken any time soon.

The 750S America that you see here is a matching-numbers example that has just 41 miles on the odometer – the story goes that the current owner bought it, shipped it to his house still in its crate, rode it for 41 miles and then parked it. Possibly out of fear for his life.

It’s now being offered for sale by Bonhams at The Las Vegas Motorcycle Auction on the 7th of January with an estimated hammer price in the $120,000 to $140,000 USD range. It might have been more expensive than the CB750 when it was first made, but it’s certainly appreciated well over the years.

Click here to visit Bonhams to read more about this bike or to register to bid. 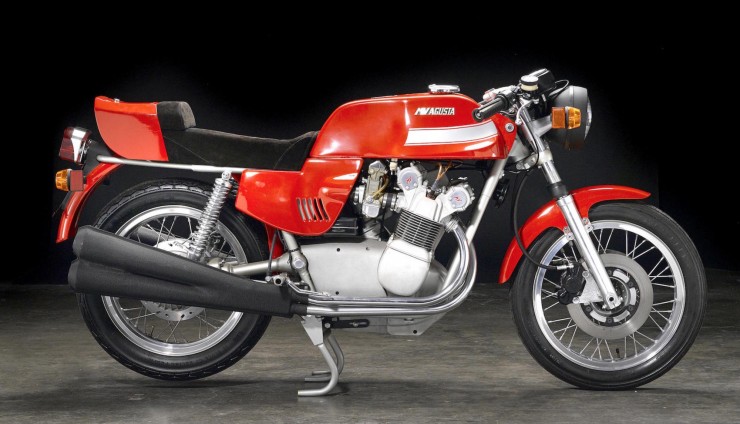 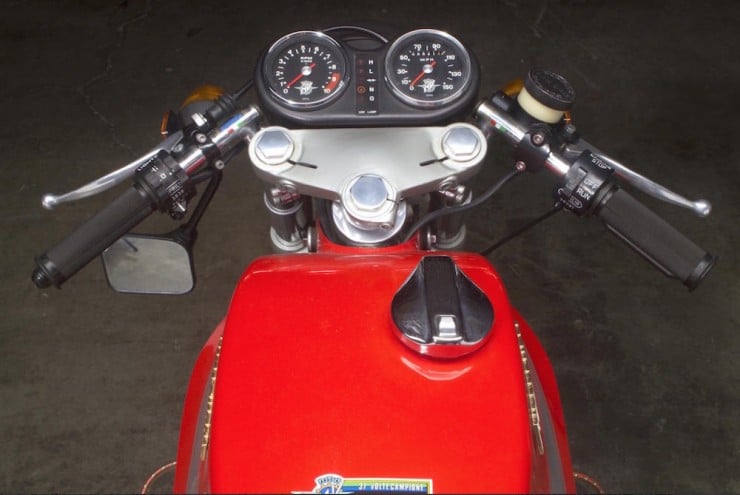 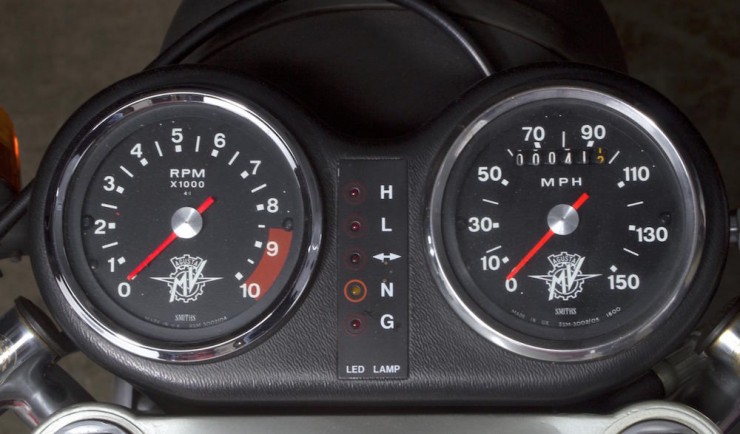 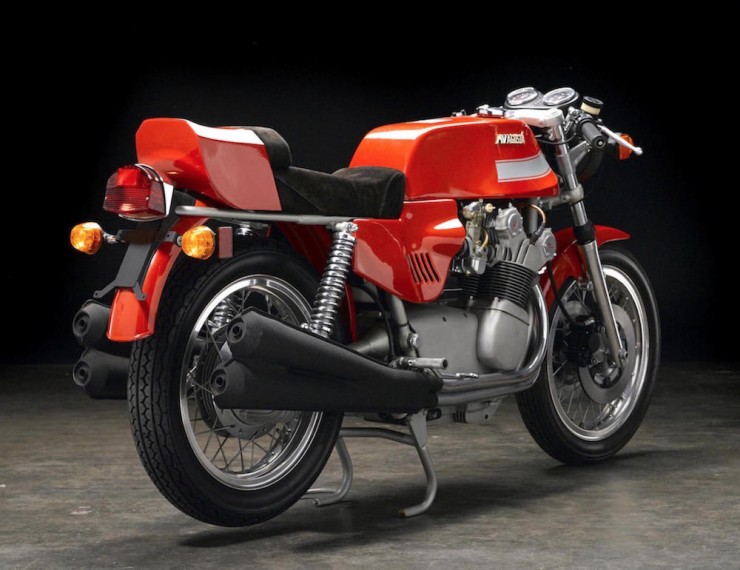 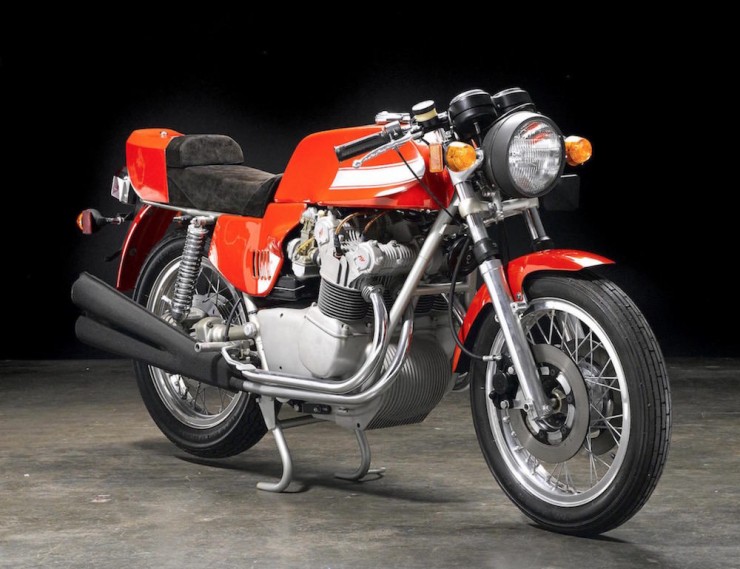 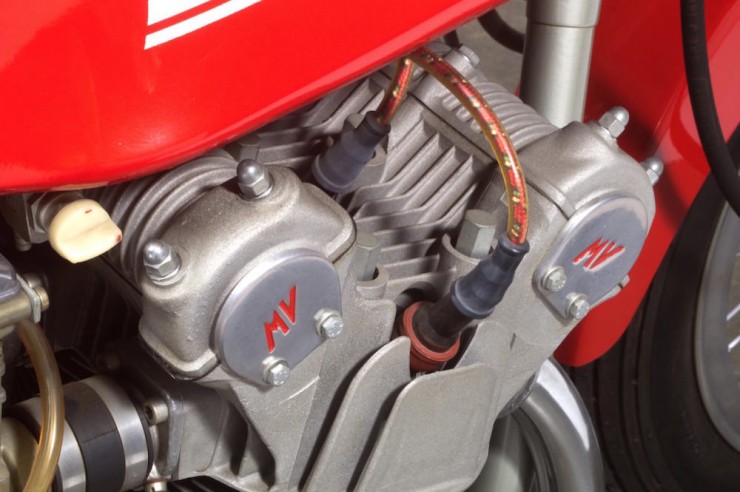 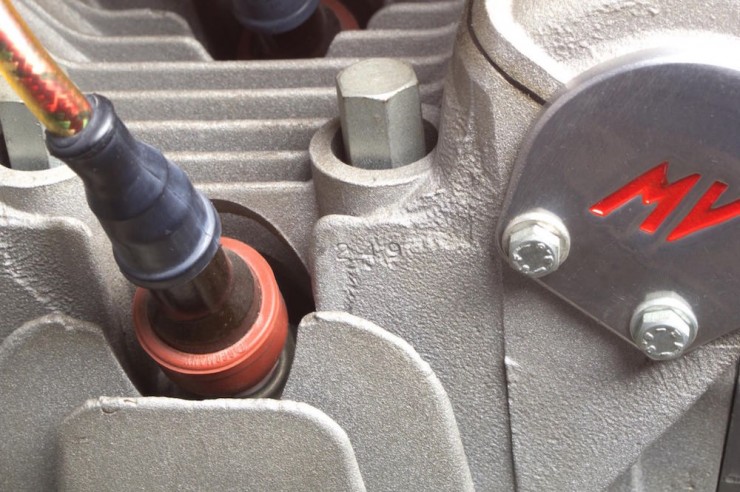 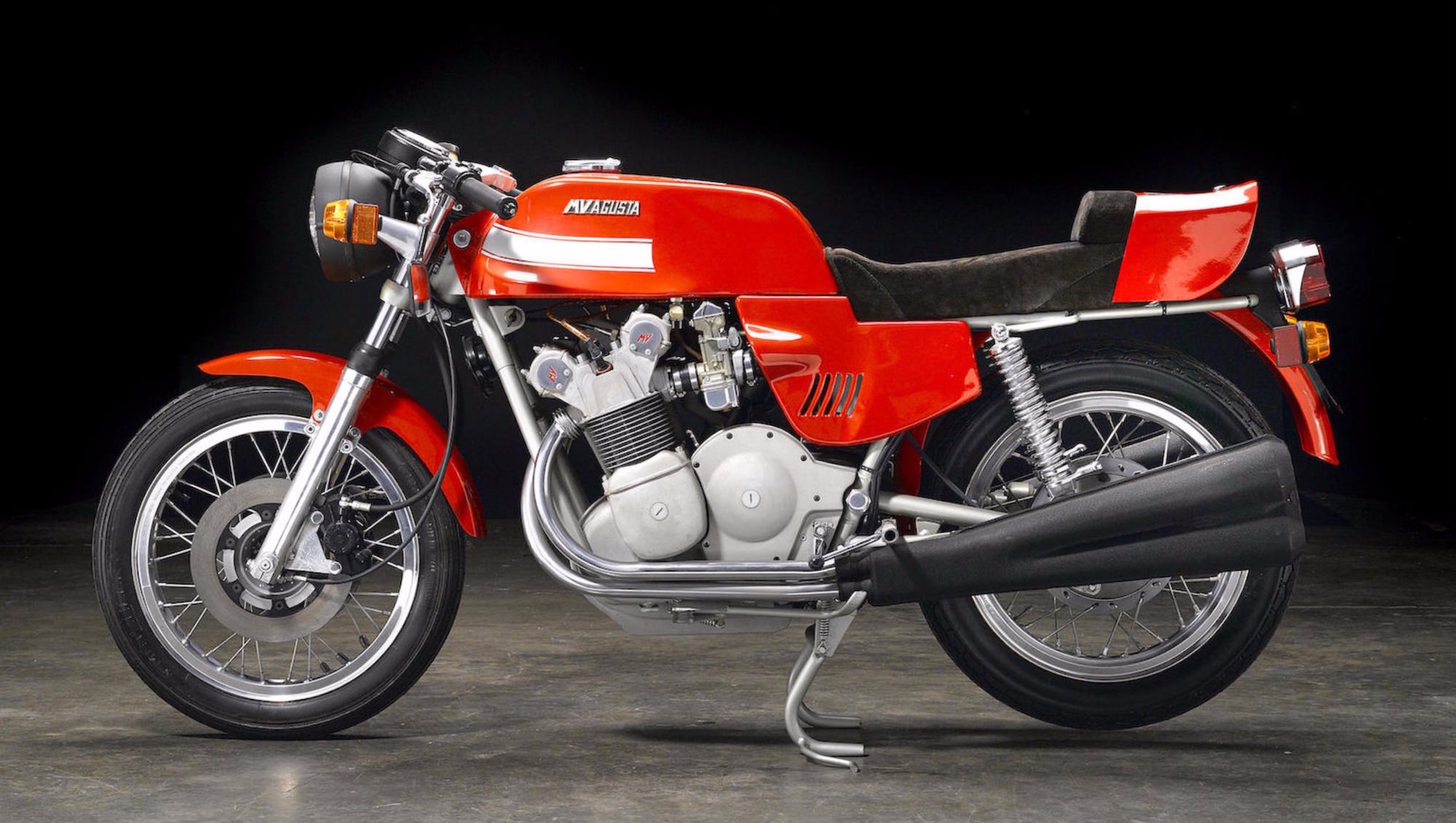