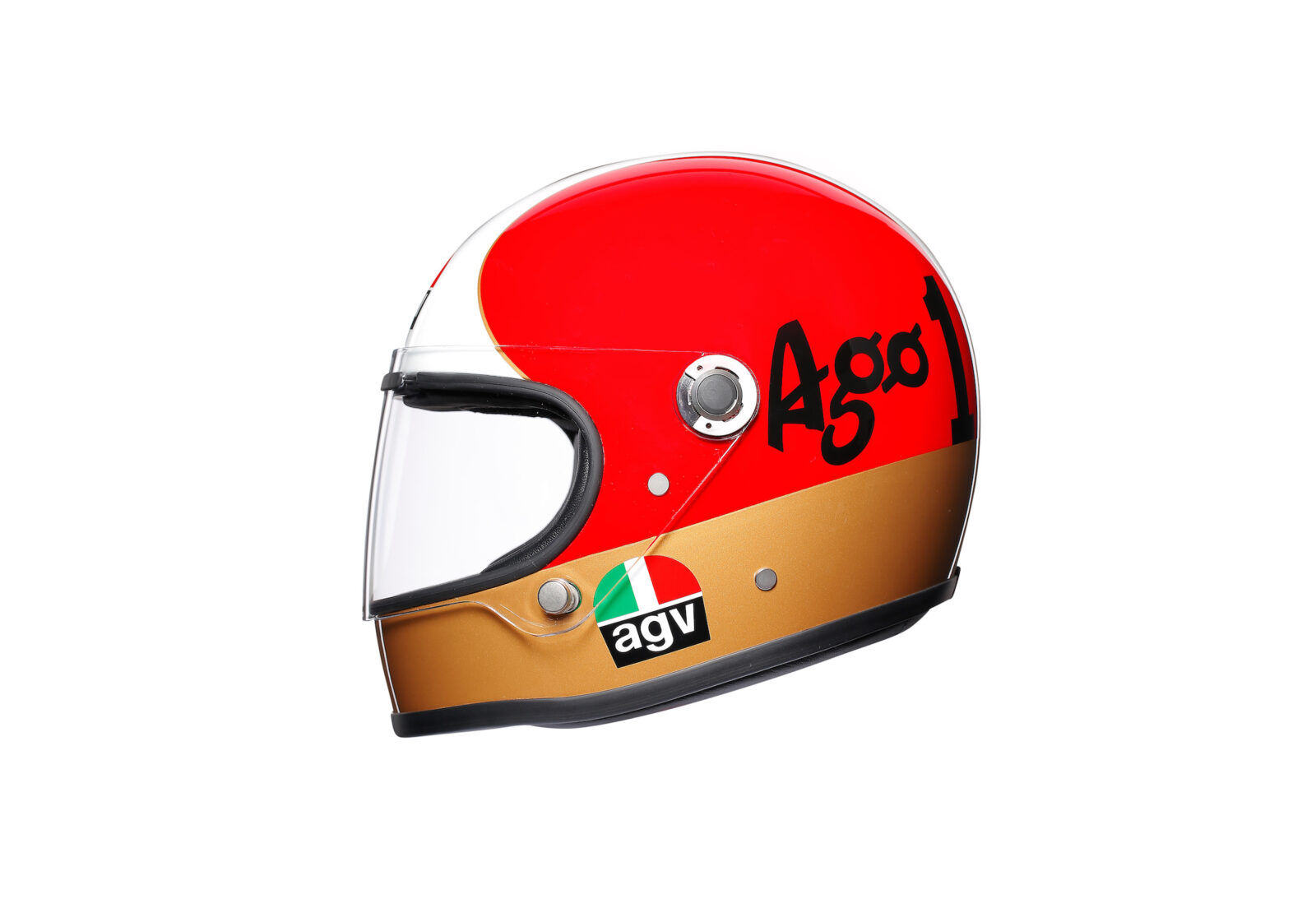 The new AGV X3000 AGO 1 is a classically-styled full face helmet from the famed Italian company that’s likely to find a long list of prospective buyers.

Retro lids like this are one of the fastest growing market segments in the motorcycle helmet world, and many of the major manufacturers either already have retro helmets out, or have them in development.

The X3000 AGO 1 is part of the new AGV Legends series, each designed to look like classic helmets from the golden era, but built with modern materials and methods, to pass modern safety certification.

AGV based the design of the X3000 on the helmet worn by Giacomo Agostini, with the AGO 1 featuring a shell colour scheme similar to the one favourited by the legendary Italian rider. The helmet even keeps the contoured chin piece, which Agostini liked so he could lean down on the tank at speed.

The helmet has a clever ventilation device hidden within the visor port, and there’s a removable embroidered leather interior. AGV are offering the X3000 in three shell sizes (XS-MS, ML-LG, XL-2XL) to ensure a low profile fit for all head sizes, and the shell features ACF (Advanced Composite Fiber) fiberglass construction.

The visor is a high-strength unit with twin studs for securing it in the closed position, and it’a highly likely that AGV will offer both smoked and fully tinted visors for sale as aftermarket parts.

We’re expecting the X3000 to sell out as soon as it hits the shelves, but if you want to get in ahead of the crowd you can pre-order below. 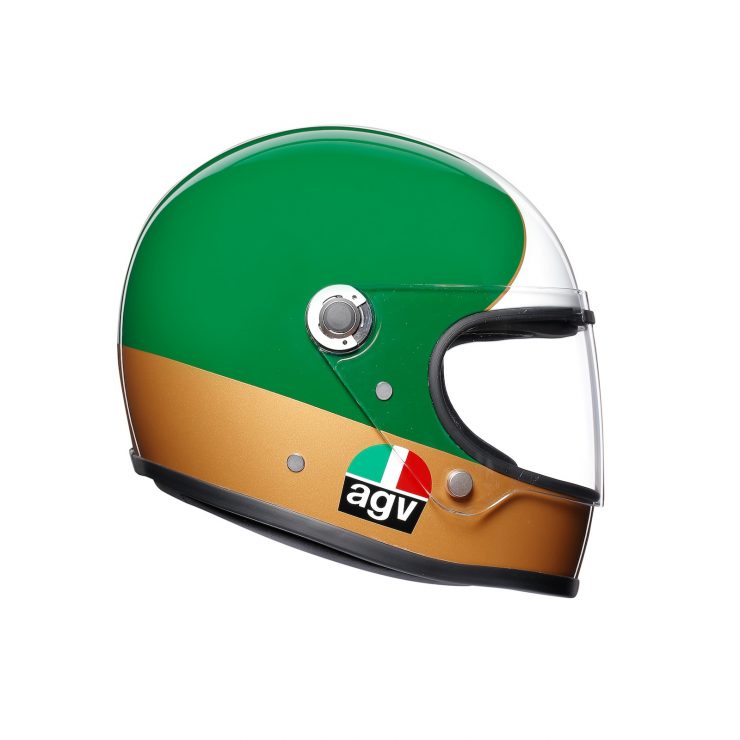 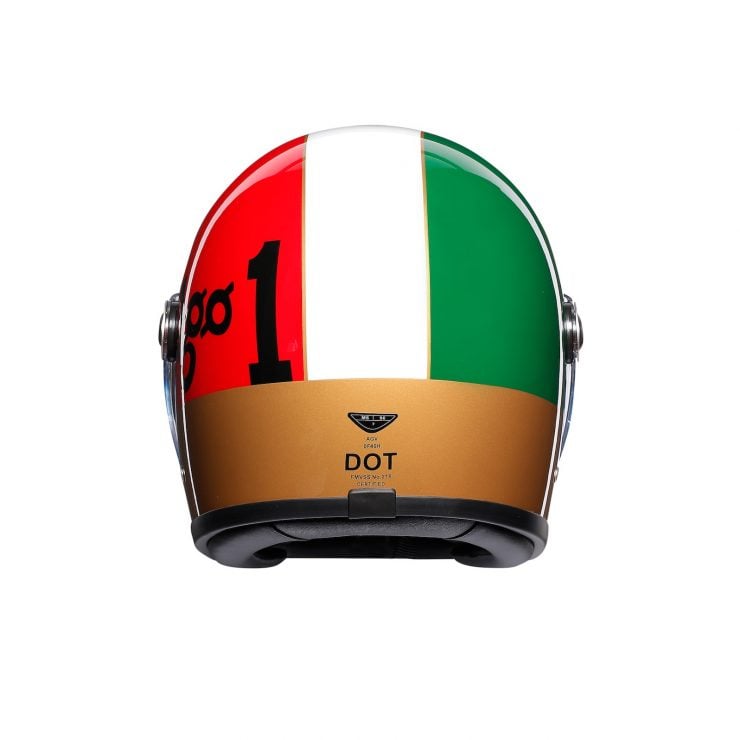 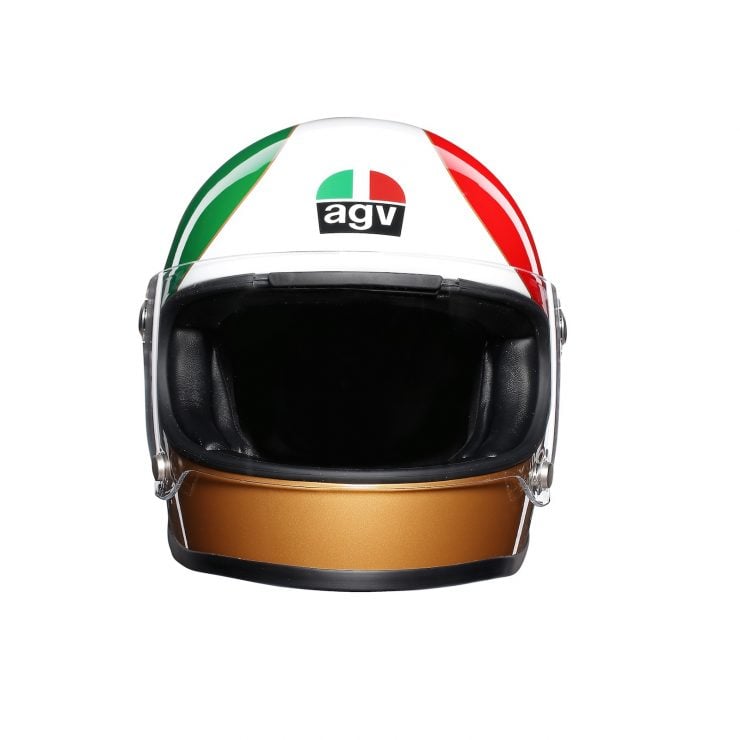 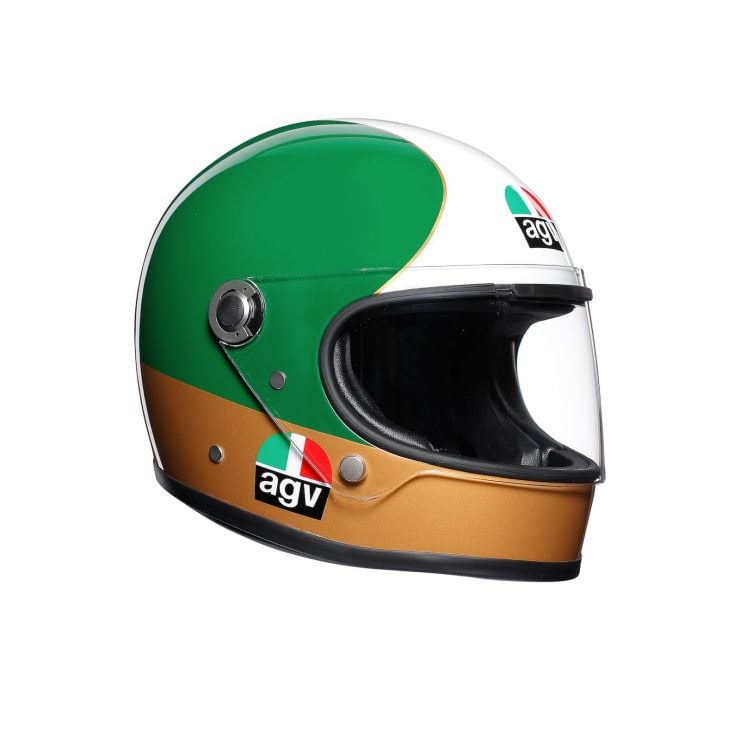 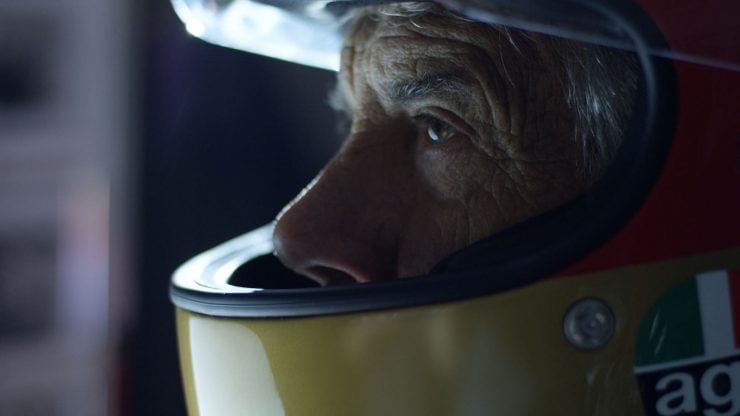 The Veldt Enduro is a series of full face motorcycle helmets with carbon fibre shells, the company was founded in 2017 by the same people who started high-end helmet company Les Atéliers Ruby, who also…