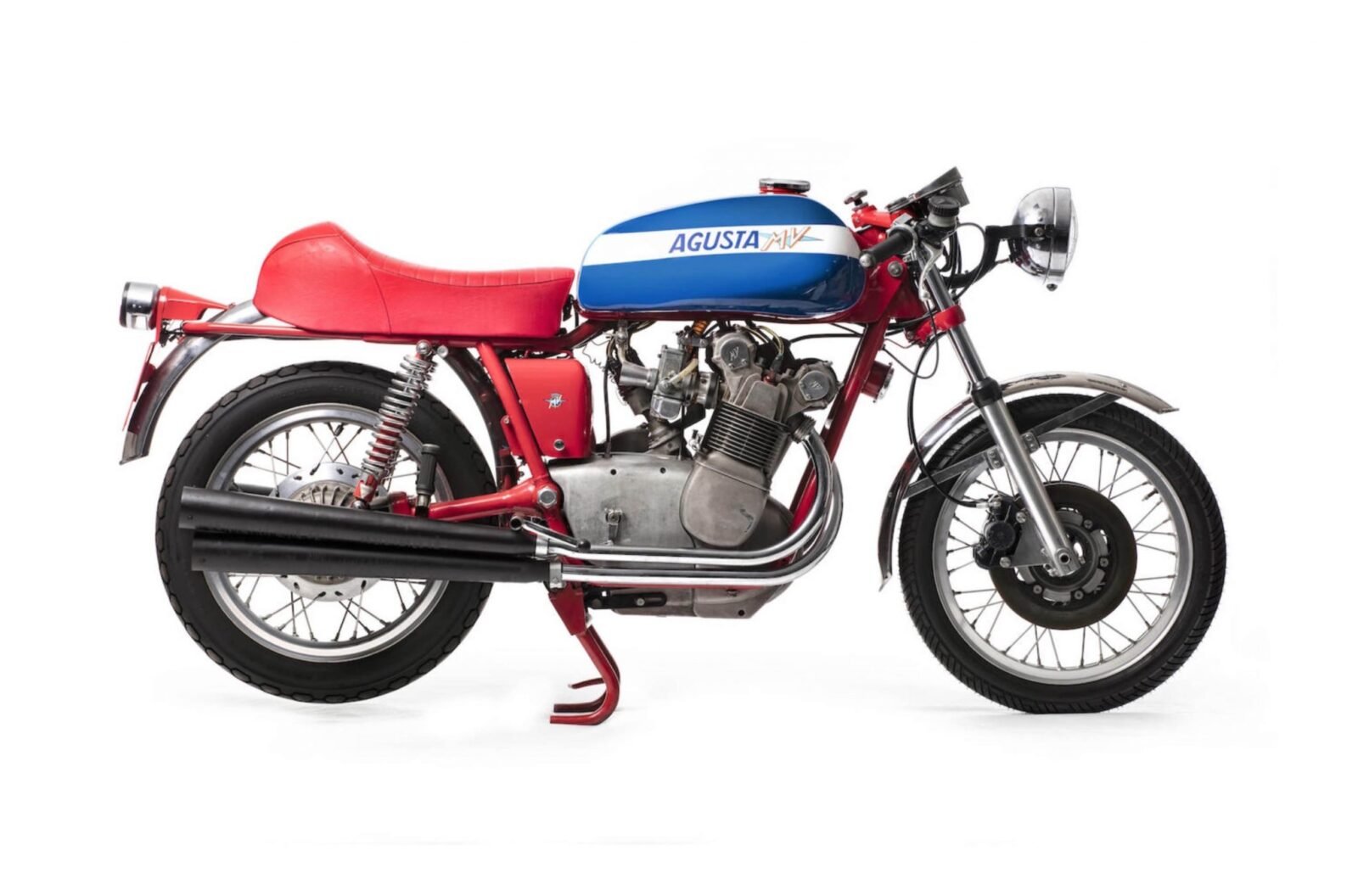 The engine used in the MV Agusta 750S was originally placed in the MV Agusta 600 in 1966 – making it one of the first road-going motorcycles to mount an inline-4 transversely across the frame. It’s unlikely the Italians had any idea how common this engine arrangement would become, particularly once it was adopted by Honda in their SOHC CB750 – where it revolutionised the Japanese motorcycle industry and led to the ubiquitous UJM.

The first non-racing motorcycle to use the advanced DOHC MV Agusta inline-4 was the previously mentioned and somewhat unsuccessful MV Agusta 600 – the 600 wasn’t ever likely to win awards for beautiful design or spellbinding styling. This was a deliberate move on the part of MV Agusta, they wanted to avoid having privateers attempt to race their new inline-4 and potentially lose, so it had a bulky frame, a shaft drive, three horns, and a chunky headlight from a Fiat.

This all changed when the MV Agusta 750S was released. The new model had a far better frame, an engine capacity boost to 750cc, and a new, much smaller headlight. Although the mechanical front disc brakes and suspension weren’t quite up to race specifications, the real jewel of the 750S was the engine.

The engineers at MV Agusta had initially developed the inline 4 for racing, each was fitted with 4 Dell’Orto carburettors and a 4-into-4 exhaust. The twin overhead camshafts are gear driven, and interestingly the starter motor uses a twin belt design allowing it to perform as both a starter motor and an alternator to save weight.

Due to the fact that each MV Agusta 750S was hand assembled on a production line that hadn’t really been developed for cost savings, each one cost a small fortune. Sales were slow but the model stayed in production for a number of years, popular with those who could afford the eye-watering sticker price who would later discover that their initial investment had climbed significantly – these Augusta’s rarely change hands now for less than $40,000 USD and a really nice one like the one you see here will set you back between £30,000 and £35,000. If you’d like to read more about this bike or register to bid you can click here to visit Bonhams. 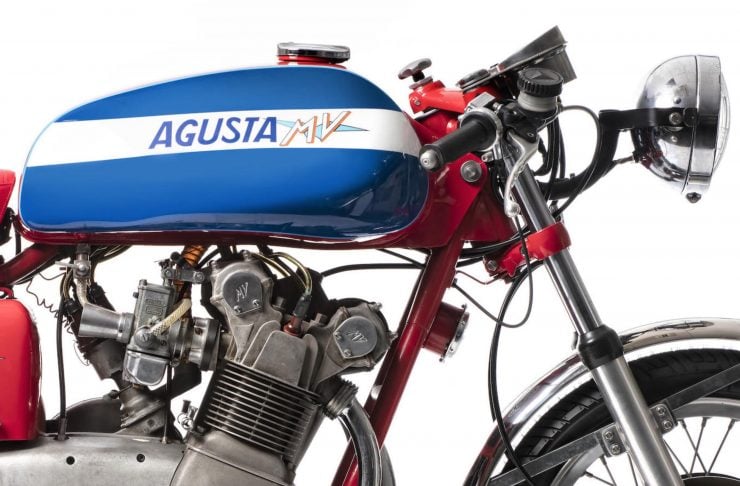 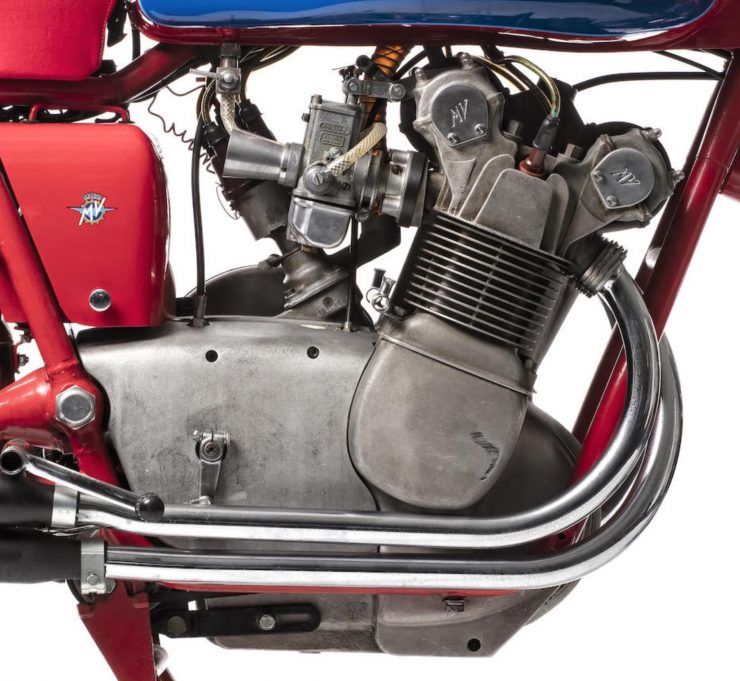 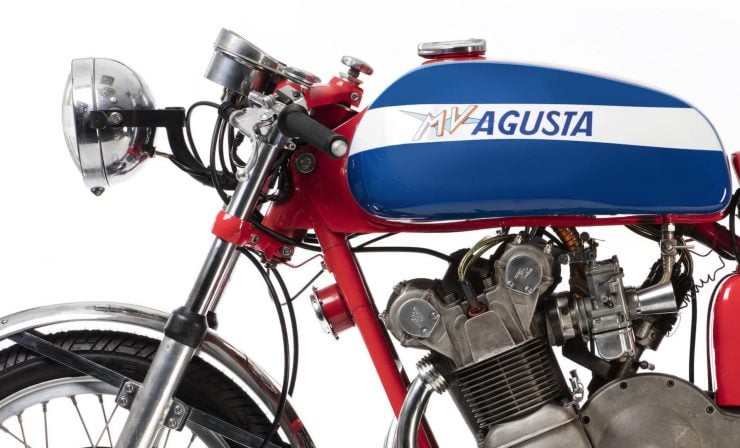 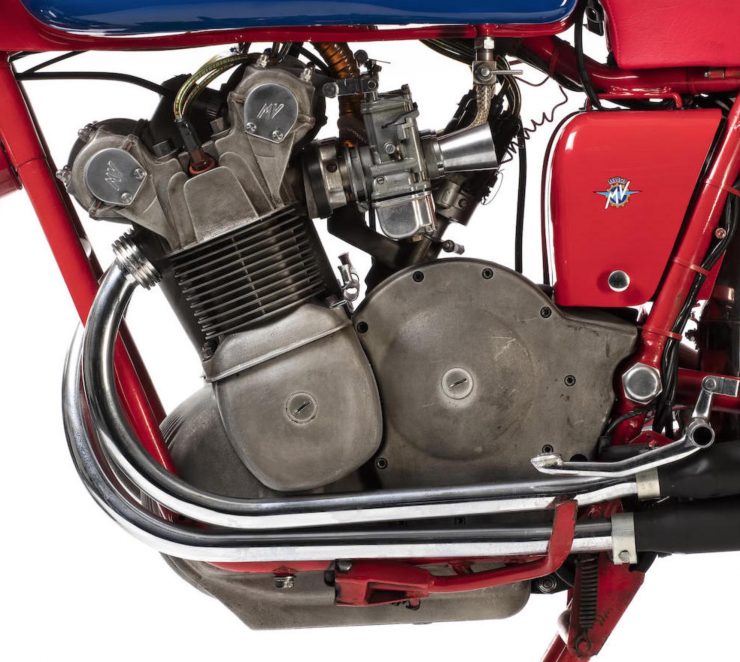 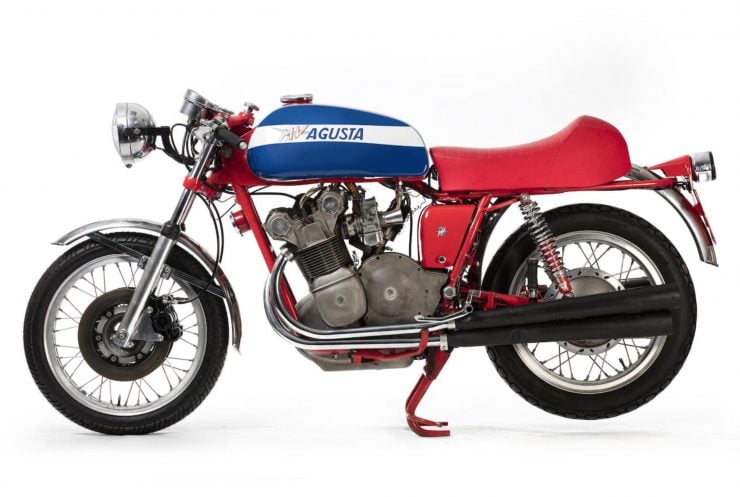 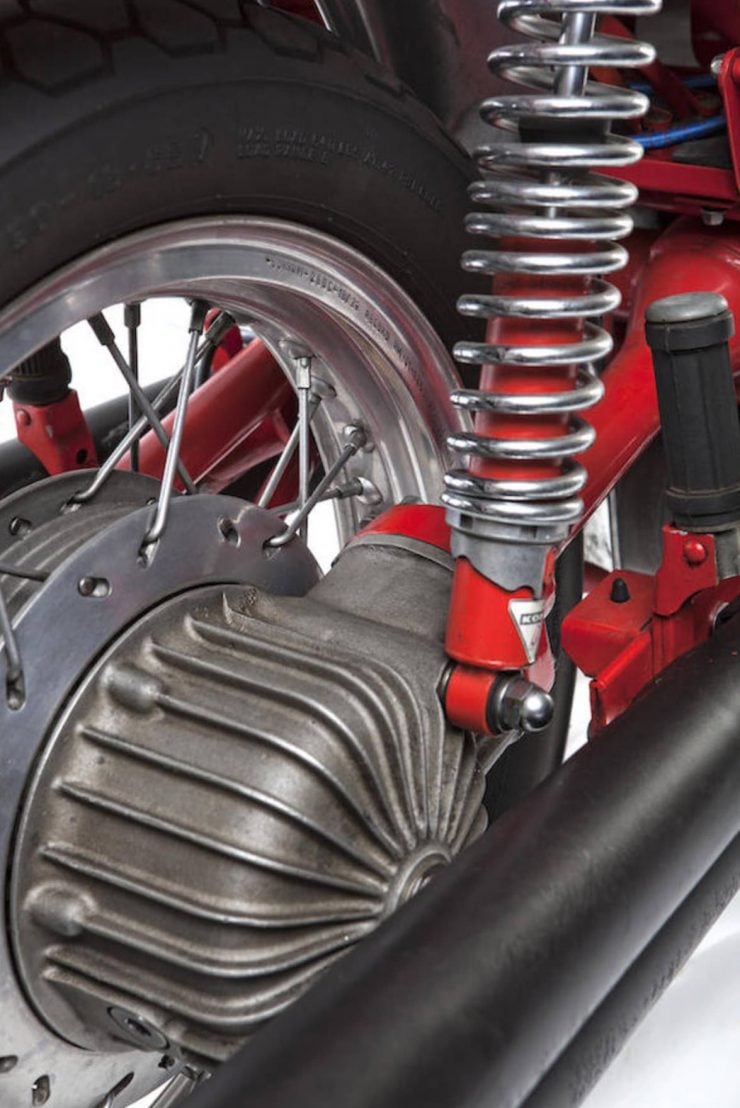 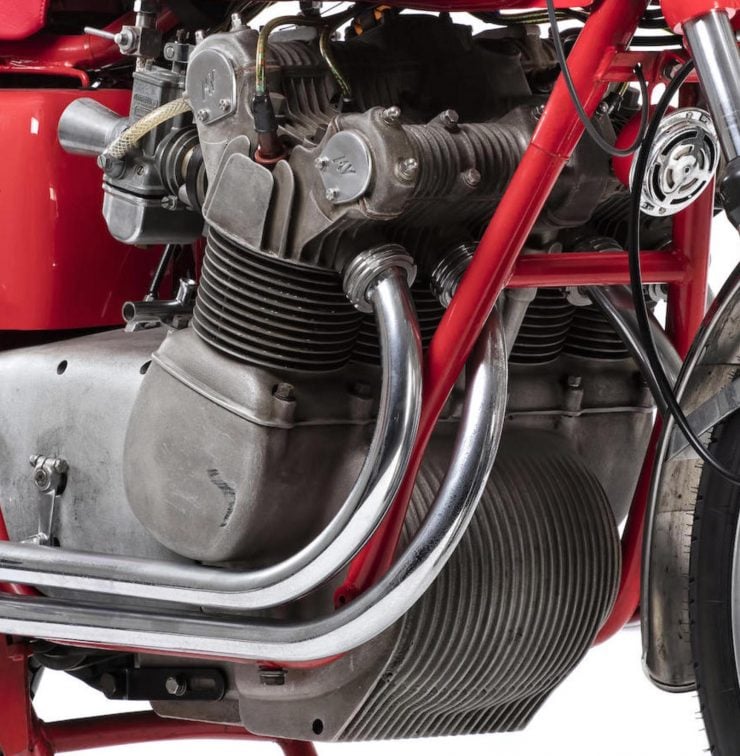 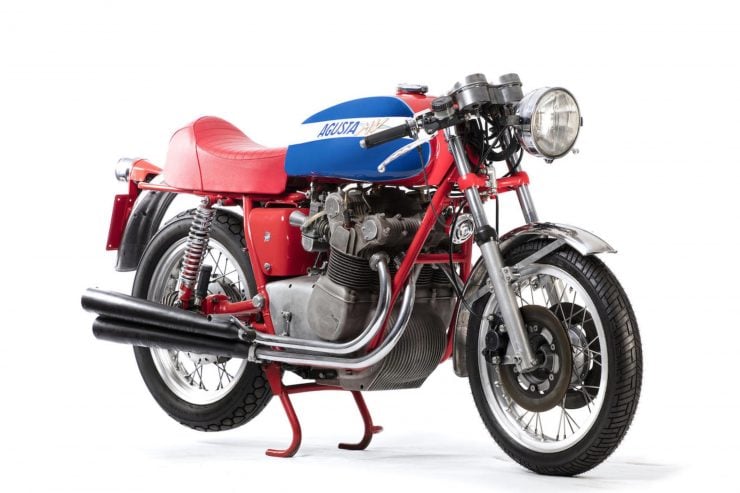 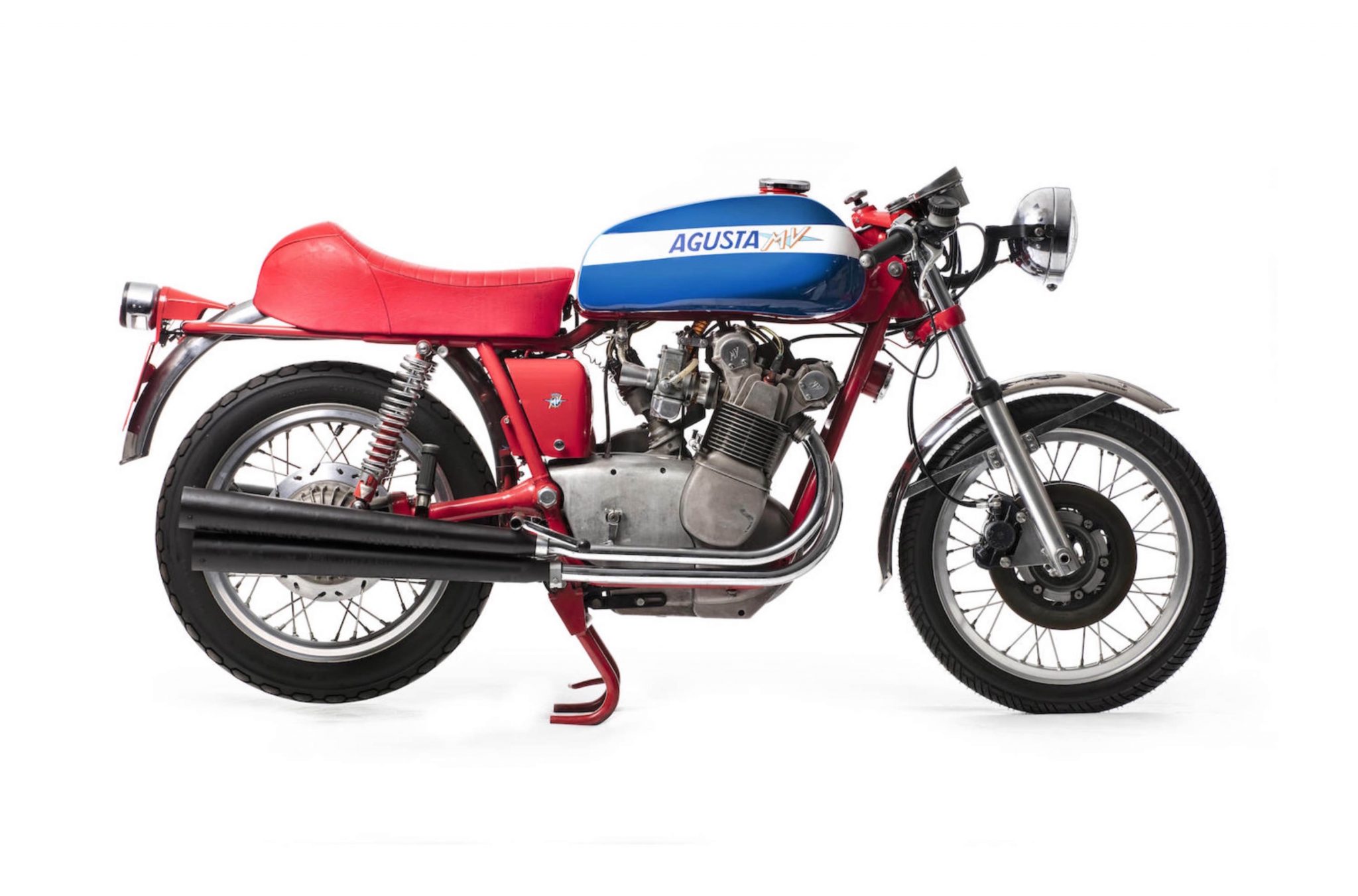