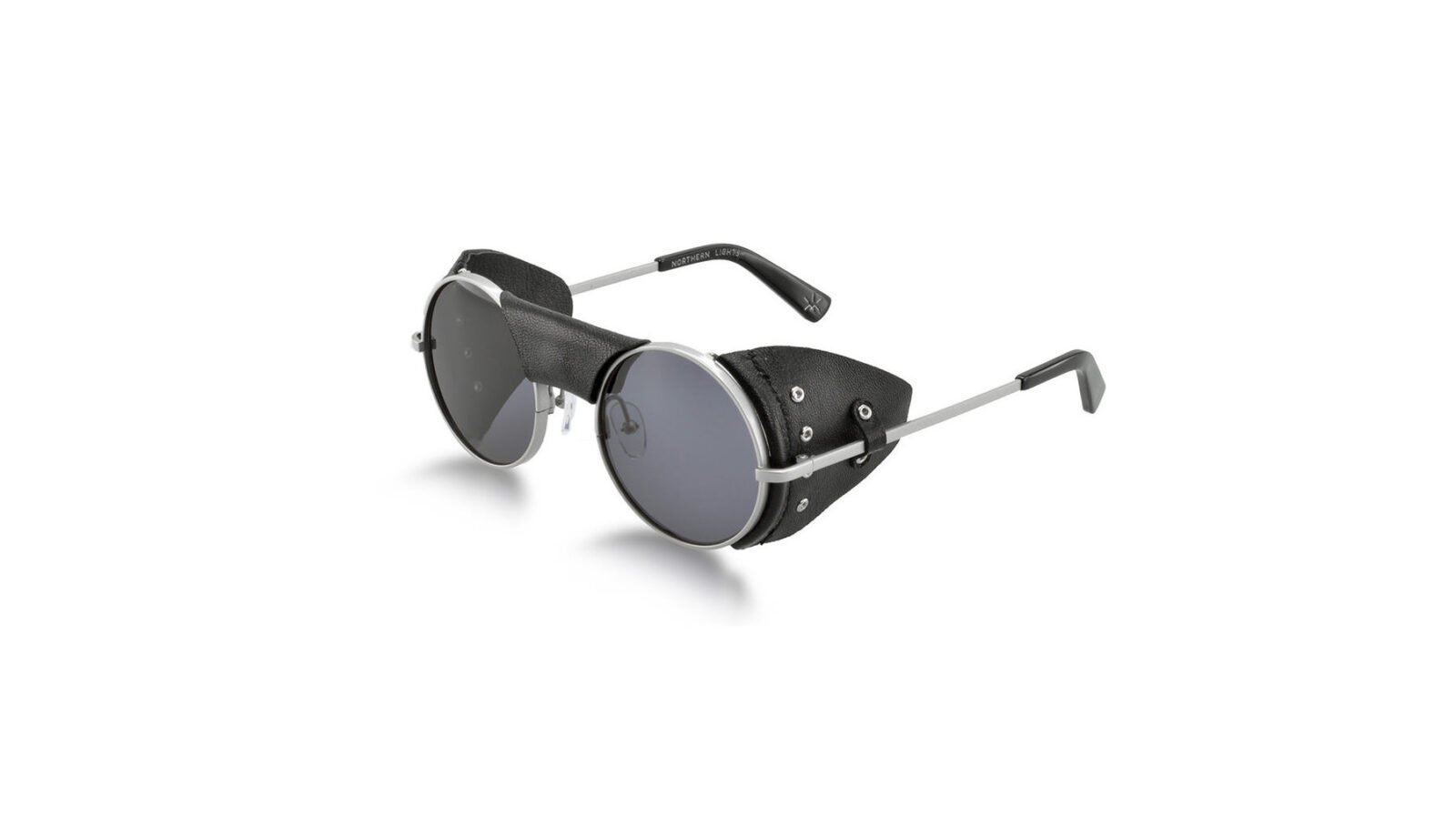 Mountaineering sunglasses were originally developed to protect early mountain climbers from the blinding glare kicked up by miles of ice and snow, they typically have leather or canvas enveloping the wearer’s eyes and moderate to dark tinted lenses.

This pair by Northern Lights Optic is fitted with grey Aurora™ CR39 lenses and removable has leather side and centre shields, and each set has individually handmade frames. 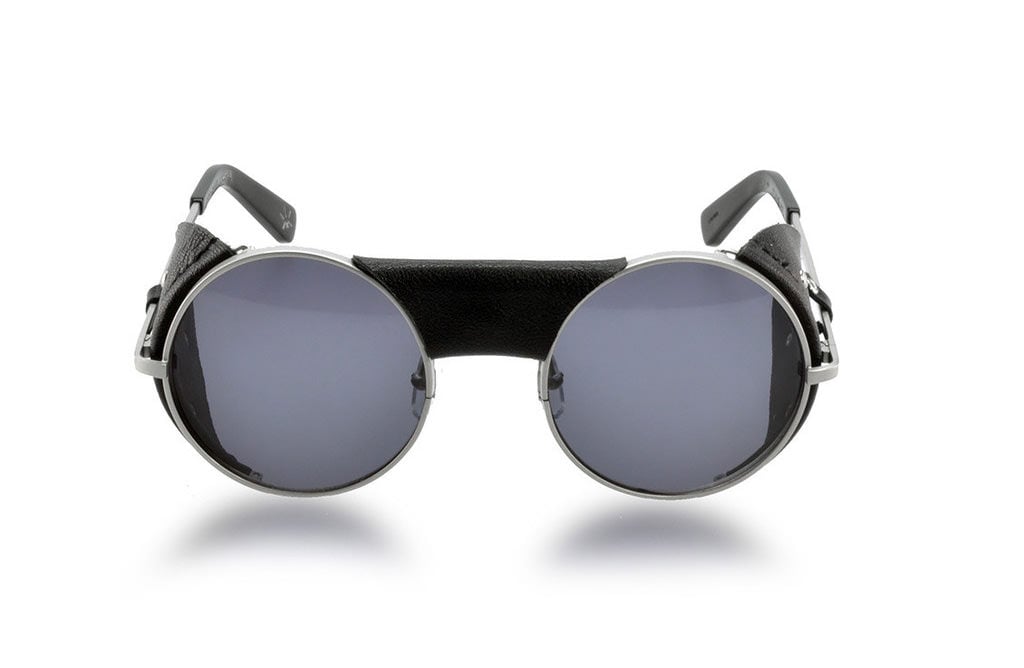 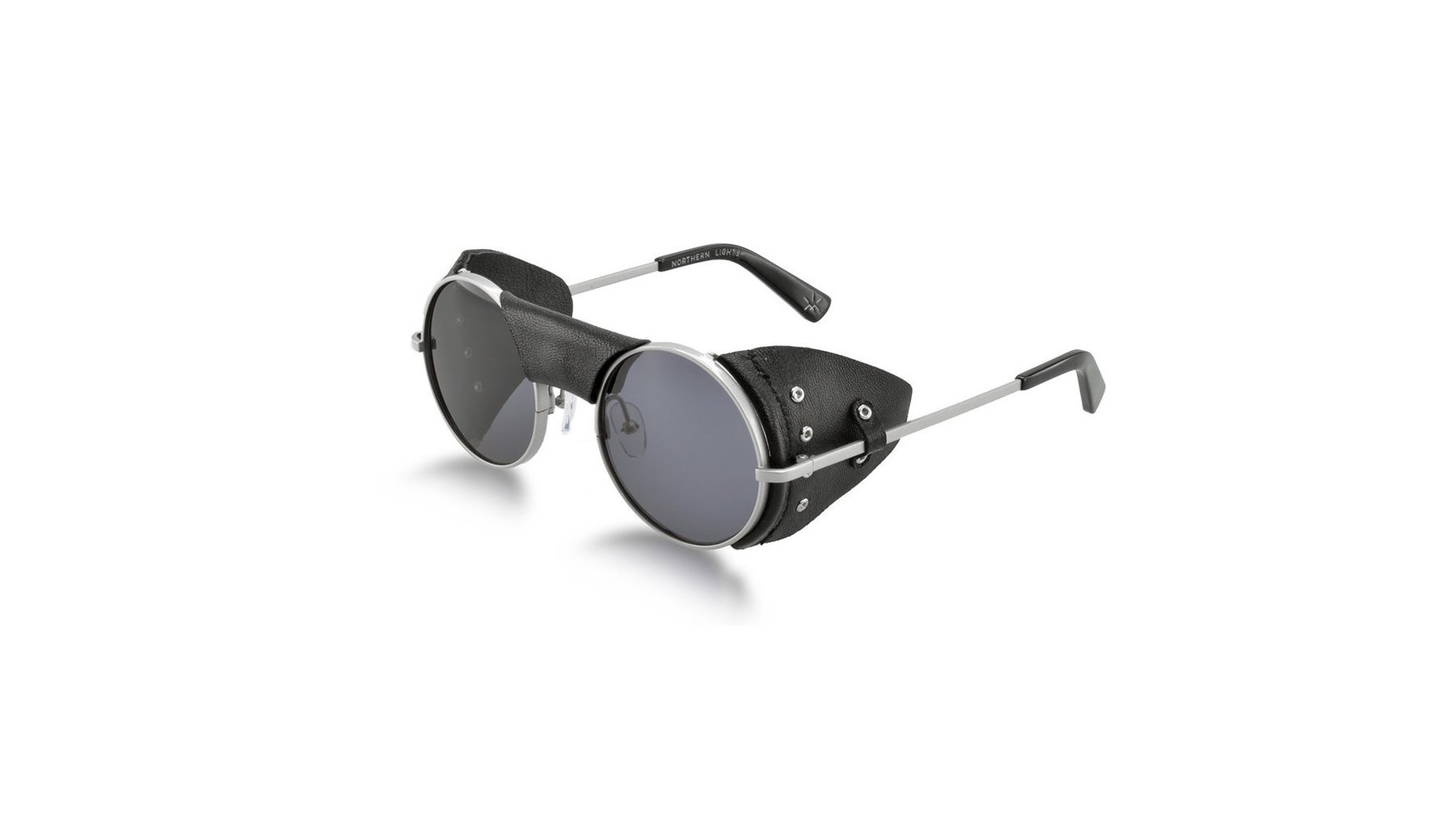