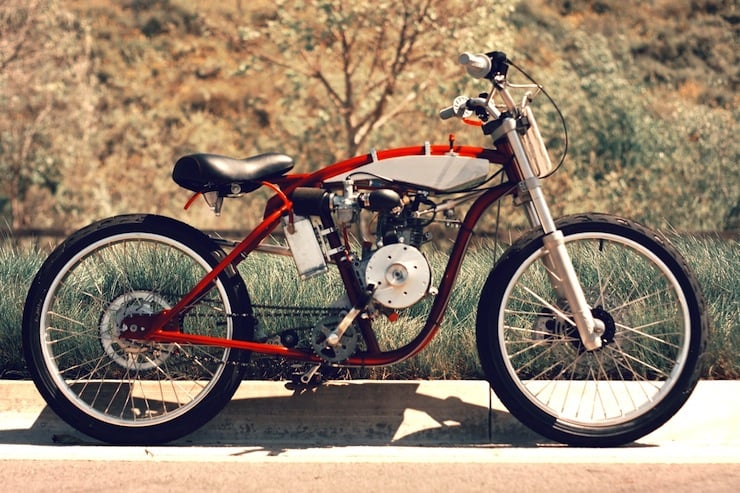 The father and son team over at Wolf Creative Customs have a habit of turning out some genuinely interesting motorised bicycles, we’ve featured their work before and it always seems to pick up a fair bit of interest from across the gasoline-scented parts of the internet.

This is their latest creation, the frame is an older model that was made when they first started building bikes, it has the lines of a hybrid BMX-Board Tracker (which isn’t a bad thing). It’s been fitted with a 212cc single cylinder, air-cooled motor which breathes through a 22mm Mikuni carburettor. 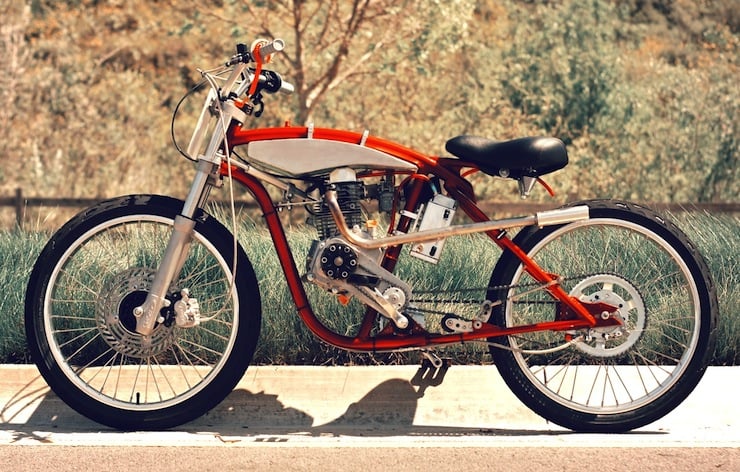 The frame has been powder-coated in Candy Apple Red, pit bike forks have been added, the front hub is from a CR125, rear drum hub is a Puch model and that rear brake is hydraulic actuated. The tires are 24 x 2.5 Maxxis Hook Worms and that engine has been customised with a Hi-Lift Isky cam, a billet con-rod, a flat top piston, chromo push rods and roller rockers, a billet lightened flywheel, a custom exhaust and a swap meet find catch can.

The bike is now owned by a friendly guy with the moniker “DMB”, he’s a good friend of John and Jeff and has helped them out with tools and a lathe. Apparently he’s very happy with the finished bike, and it’s not hard to see why.

If you’d like to see more from Wolf Creative Customs you can hit “Like” on their Facebook Page here – this’ll allow you to stay up to date with their new builds and see their previous work. 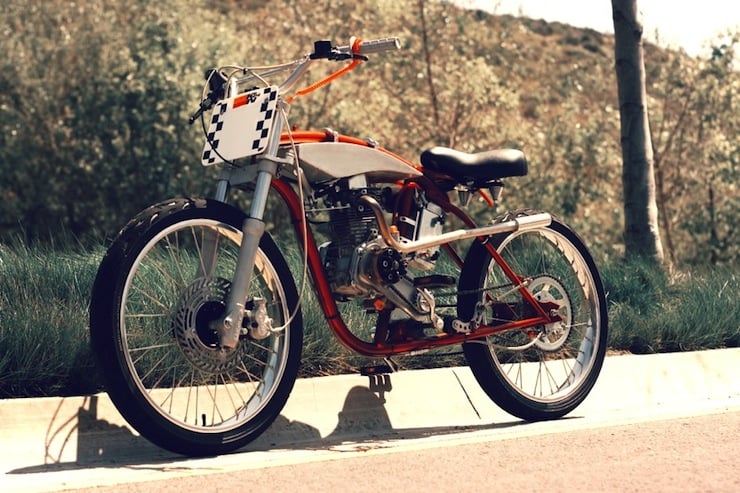 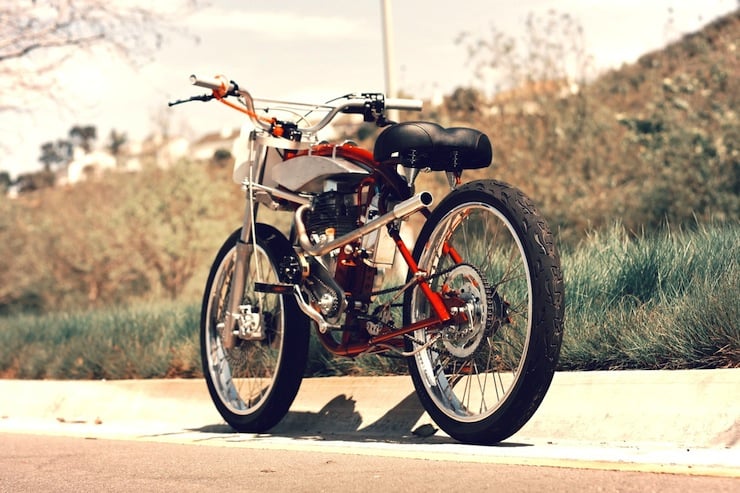 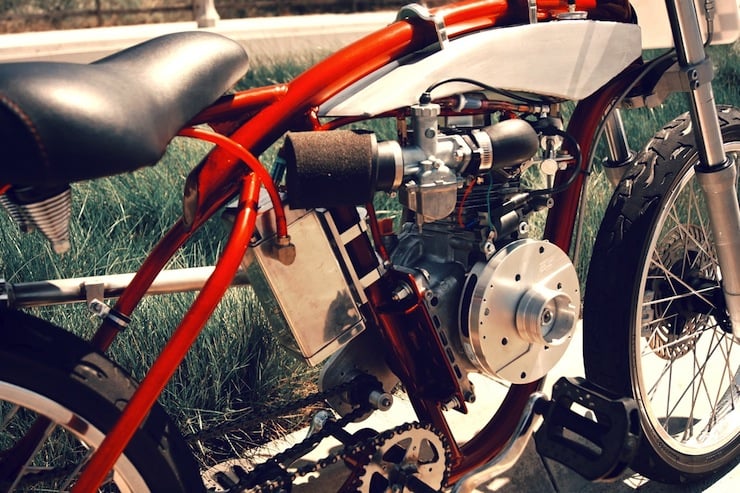 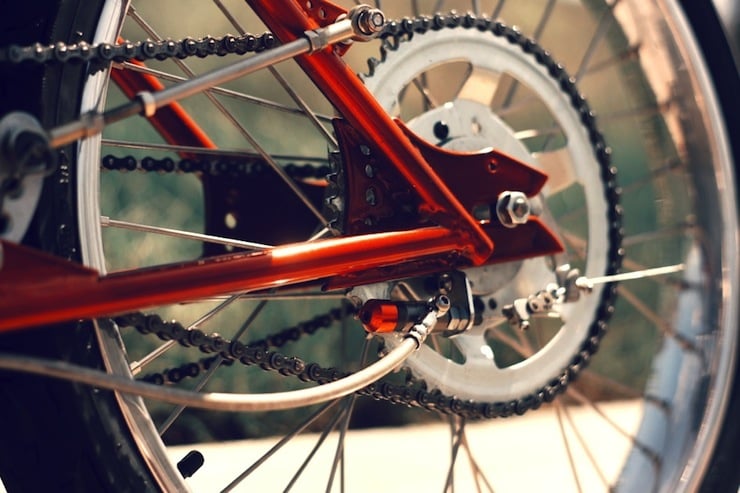 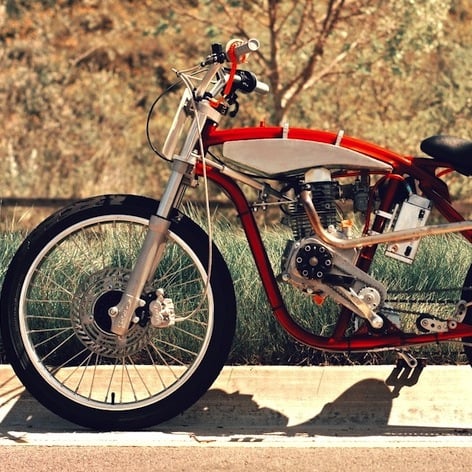