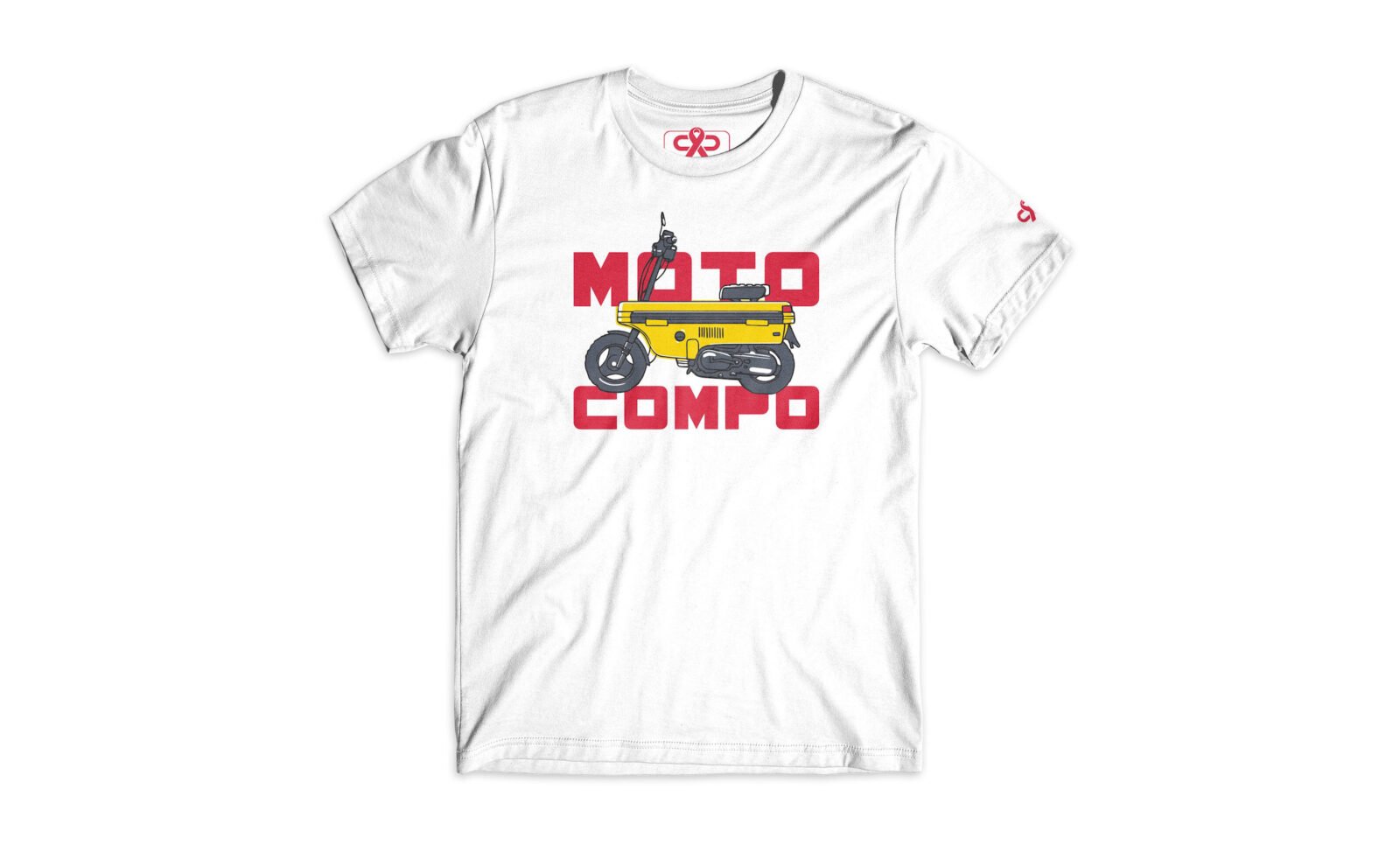 The Motocompo Tee by Cure Collection is the latest release from the small California apparel maker founded by Mason Watson.

Mason lost his mother Sharon to breast cancer in 2008, he founded Cure Collection to raise money for breast cancer research in her memory, using his skills as an automotive designer.

Each tee by Cure Collection is a 100% unique design created by Mason, they’re hand-printed on high-quality 100% cotton t-shirts and they’re offered in sizes from S to XXL.

The Honda Motocompo was a triumph of industrial design, it was released in 1981 and only sold until 1983 in conjunction with the Honda City compact car. The selling point of the Motocompo was that the handlebars and seat could be folded away, allowing it to be stored in the car’s trunk.

The Motocompo is powered by a 2.5 hp, 49cc two-stroke engine and it weighs just 45 kgs (99 lbs) soaking wet. Honda massively underestimated the popularity of the Motocompo, they ended up selling over 50,000 of them and surviving examples are now desirable collectibles.

Mason will be selling a very limited edition pre-order run of this t-shirt, it will be available for pre-order and once the pre-order window closes on July 7th the shirt will no longer be available to buy. Orders will ship out on July 14th. 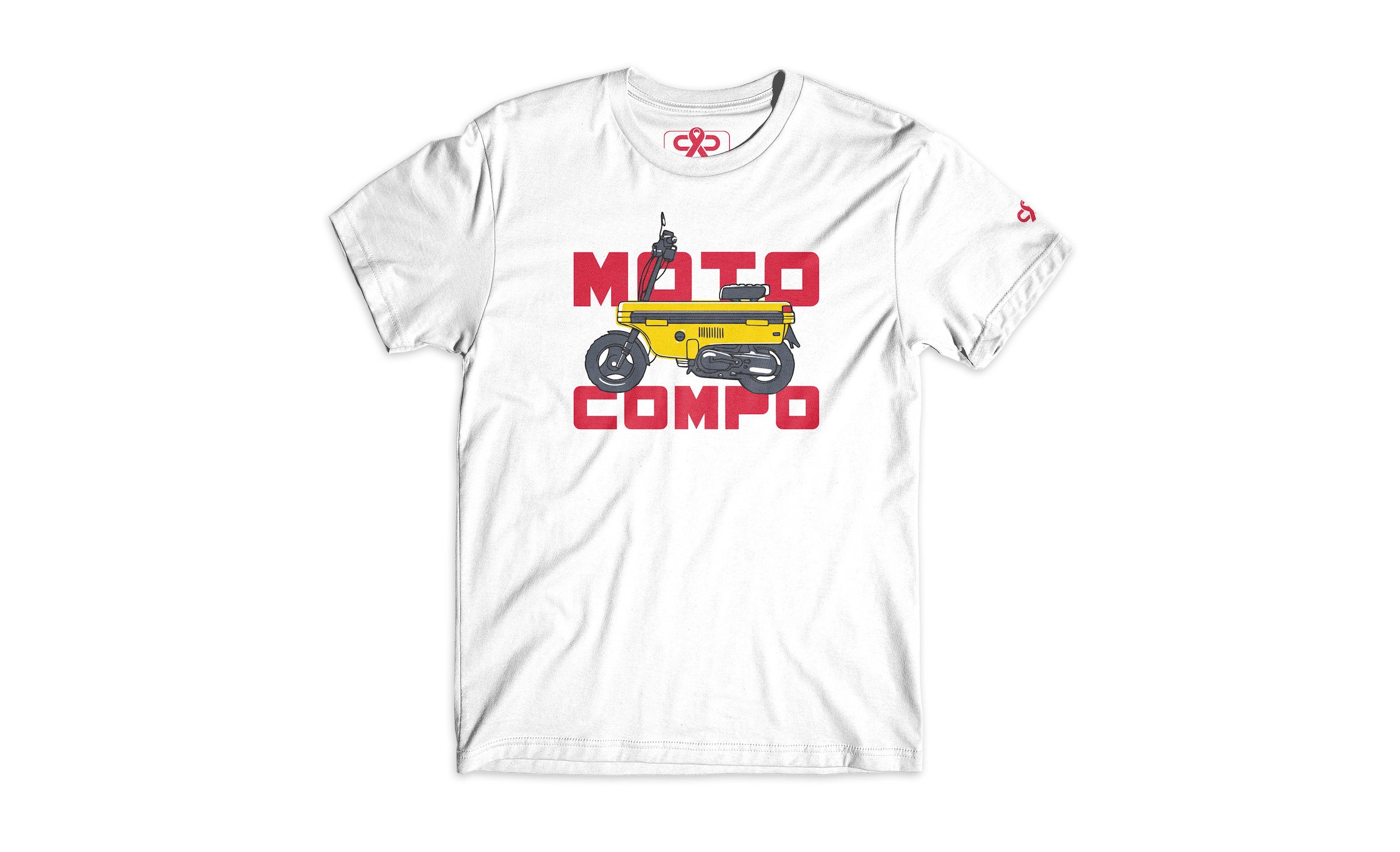 Facebook Twitter WhatsApp Email When the Ferrari F40 was released in 1987 the world was wowed by the car’s rakish styling, hefty rear wing,…

Facebook Twitter WhatsApp Email   This is the new three piece apparel collection by the team at We Went Fast, it celebrates the mighty…