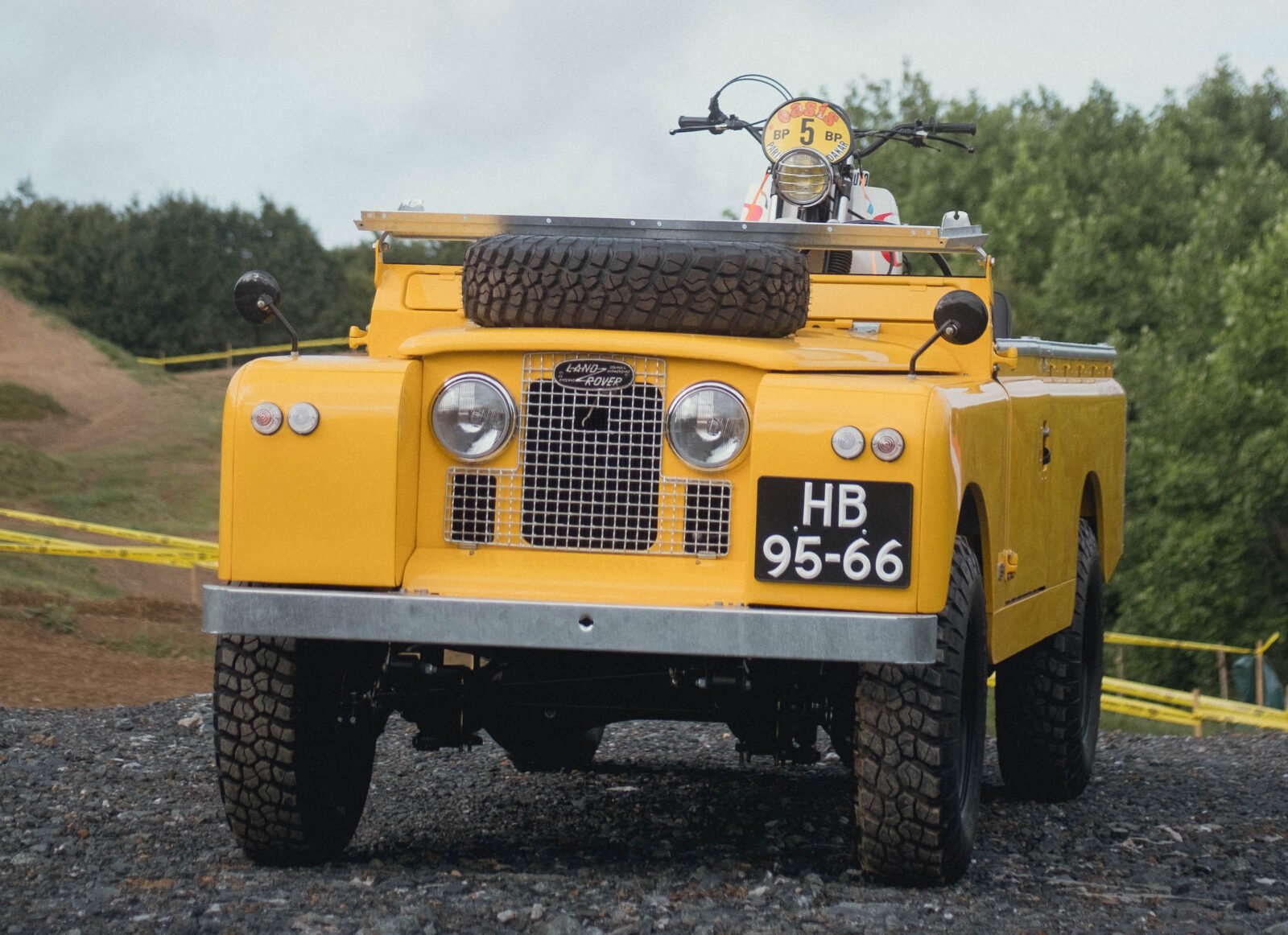 This Land Rover Series 2A LWB (long wheelbase) has been through a comprehensive nut-and-bolt restoration by the talented team at Cool n’ Vintage for a world famous client – Deus Ex Machina.

Impressively this is the 86th Land Rover rebuilt by Cool n’ Vintage over the past few years, the Portuguese company has become globally renowned in vintage 4×4 circles for their work, and I have a sneaking suspicion that restoration number 100 is less than a year away.

This 1966 Land Rover Series 2A LWB was discovered as a retired fire engine that hadn’t run for decades, it was in rough condition but it was complete, and it was perfect for the project that Ricardo Pessoa, the founder of Cool n’ Vintage, had in mind.

Deus Ex Machina had contacted Ricardo to build them a bespoke long wheelbase two-door Series Land Rover that could be used for motorcycle hauling when required. The long wheelbase Series Land Rovers came in both two and four door configurations, with the two door variants featuring a tray back that was commonly used for load carrying, but that also works out well for motorcycle transportation. 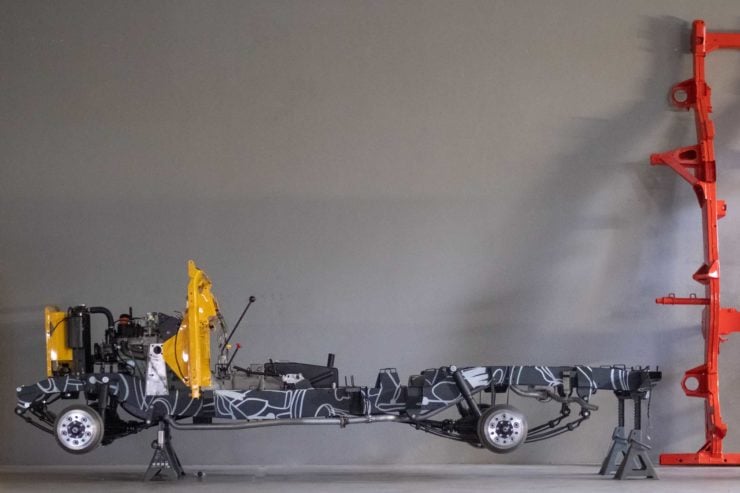 Deus was founded back in 2006 as a passion project where custom motorcycles would be made alongside surfboards, skateboards, art, gear, and apparel. The prodigious growth of the Australian company has seen them opening locations everywhere from California to Biarritz, a far cry from the original shop in Camperdown, Sydney.

Each built at Cool n’ Vintage starts with a full disassembly and an inspection of parts, the chassis and all body panels are stripped, checked, and painted with modern primers and paints to ensure a long rust free life. Of course with Series Land Rovers the external body panels are almost all aluminum alloy, so rust isn’t a concern in these areas.

The rebuild process typically incorporates a series of subtle upgrades like those used on this LR, including parabolic springs uprated telescopic shock absorbers, all new bushings, brake lines, and fuel lines, and all new fixings. 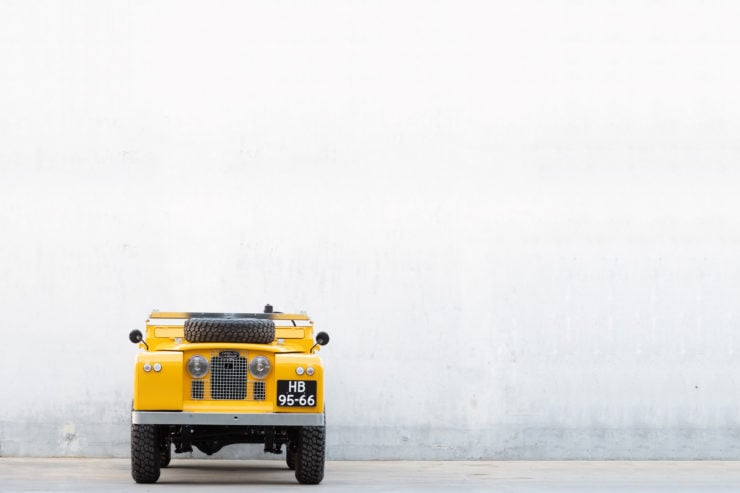 The engine, gearbox, transfer case, and differentials have all been completely rebuilt. This is an original 2.25 litre petrol engine known for its mechanical simplicity and for being easy to work on in the field. Reliability is excellent so long as owners are on the ball with maintenance – additions like modern carburettors and digital ignitions are an excellent idea also.

During the build the team at Deus came and applied one of their signature custom motorcycle drawings to the black chassis, this was part way through the 1,000+ hour restoration process.

Once completed the Land Rover was delivered to Deus in Biarritz, the first ever official Paris-Dakar Rally Yamaha from 1979 (it belongs to the Yamaha museum) was loaned for the occasion, and it now takes pride of place in the back.

With it’s uprated suspension and hefty BF Goodrich Mud Terrain tires, couple with the roof delete and the windscreen folded down onto the hood-mounted spare wheel the Deus Land Rover is an ideal beach 4×4, and thanks to the bright yellow paintwork they’ll never have any trouble finding it in the dunes. 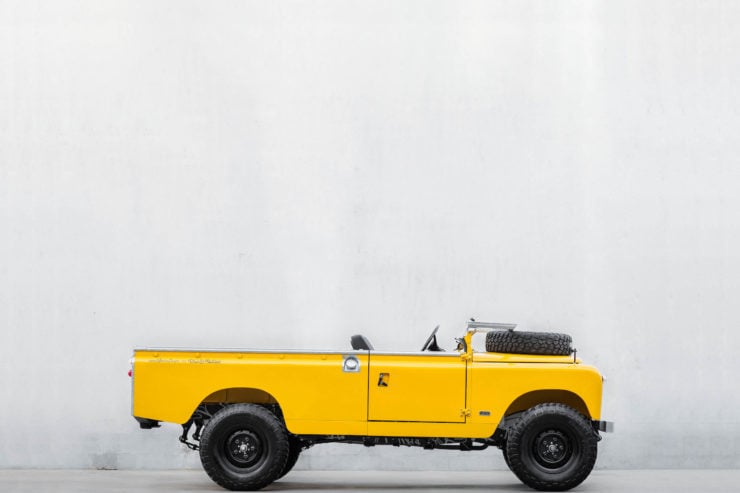 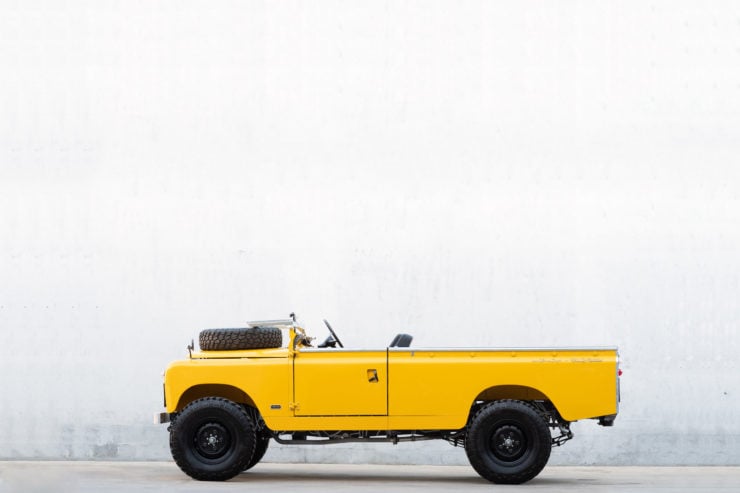 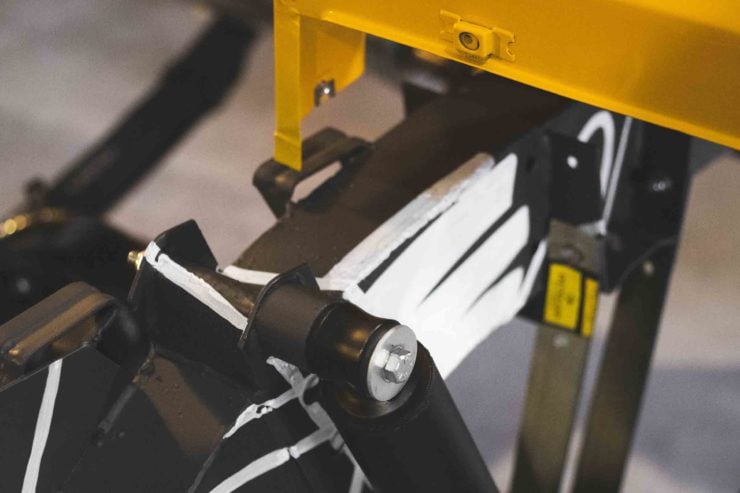 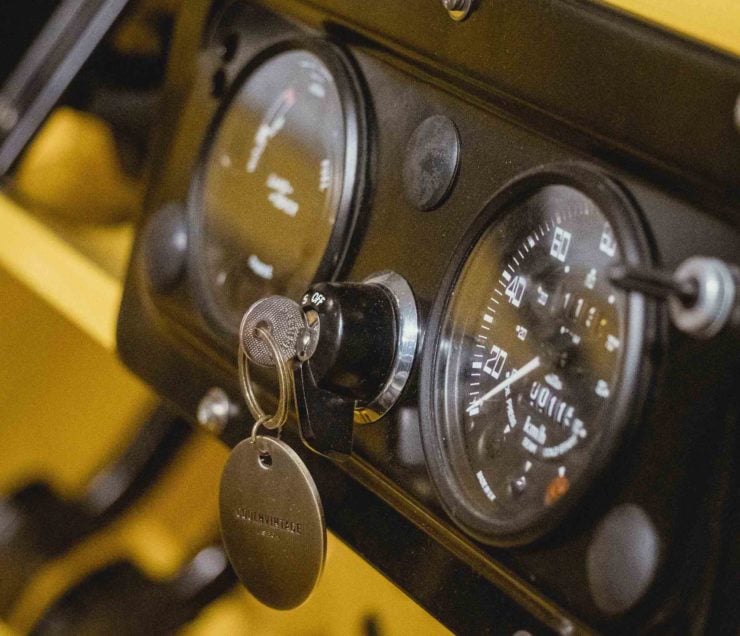 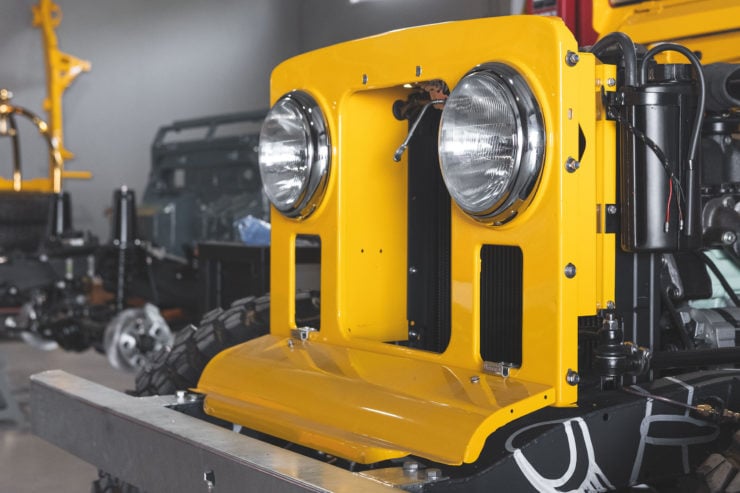 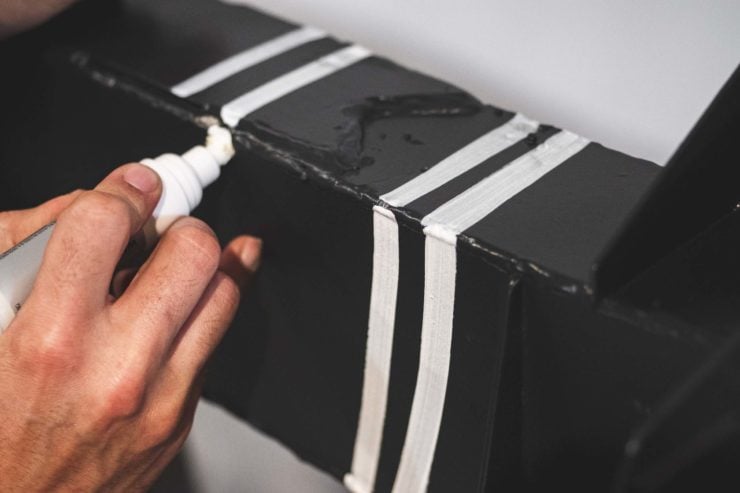 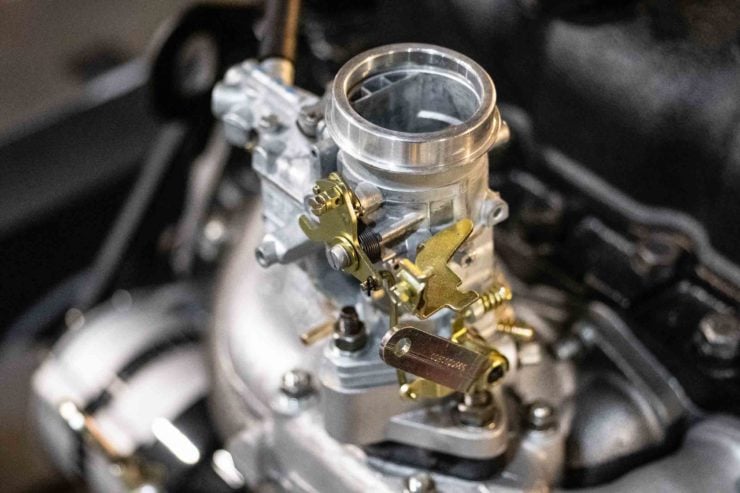 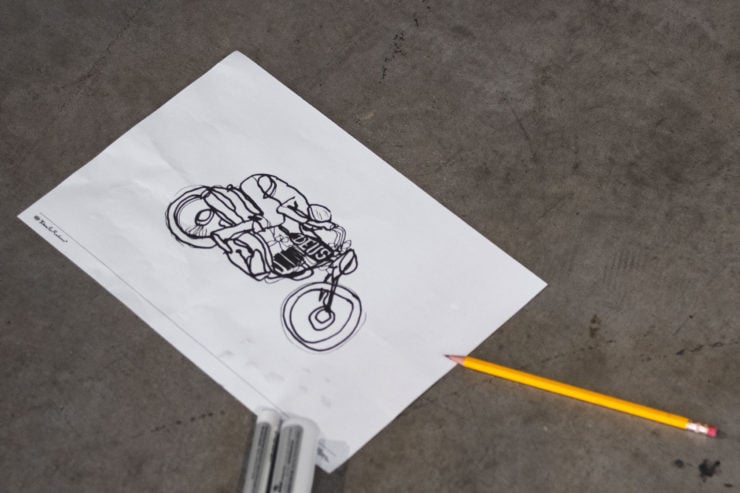 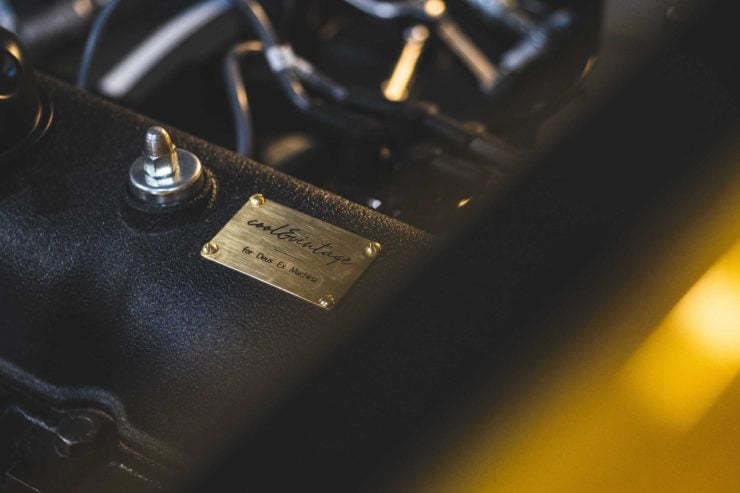 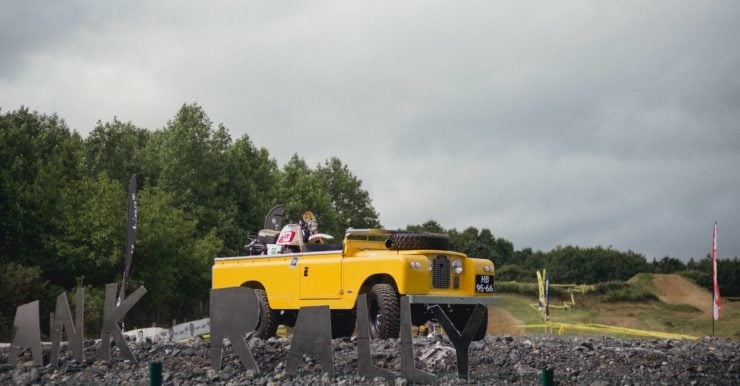 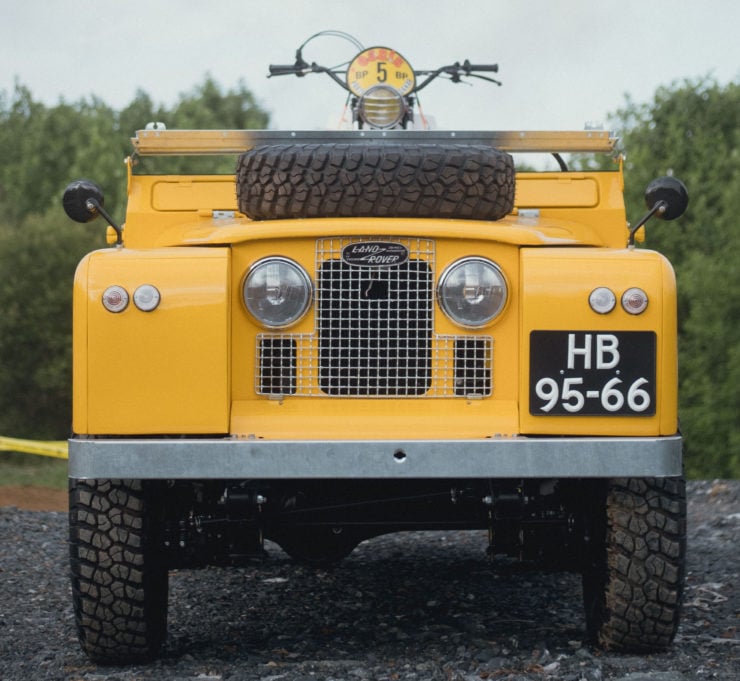 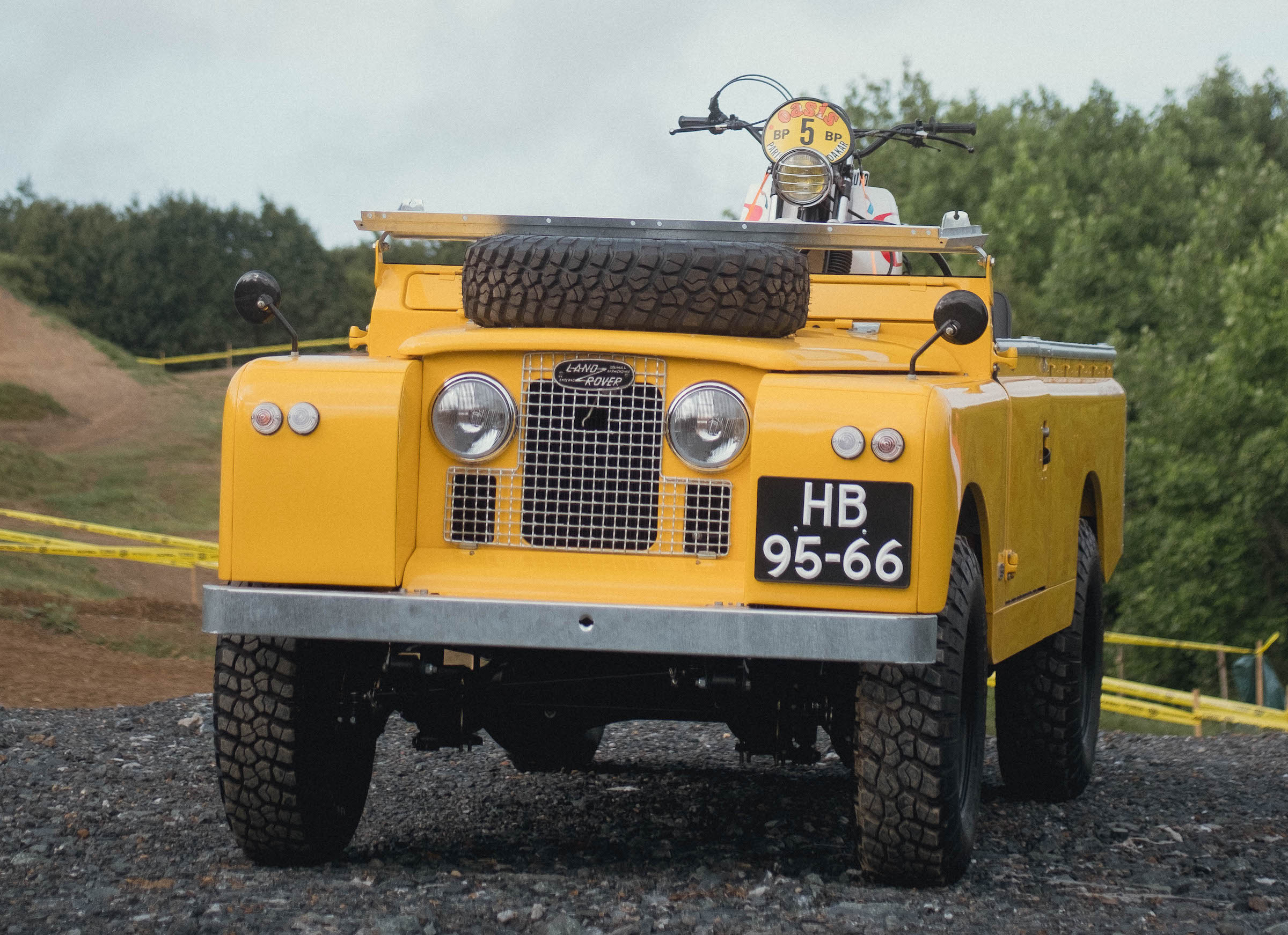