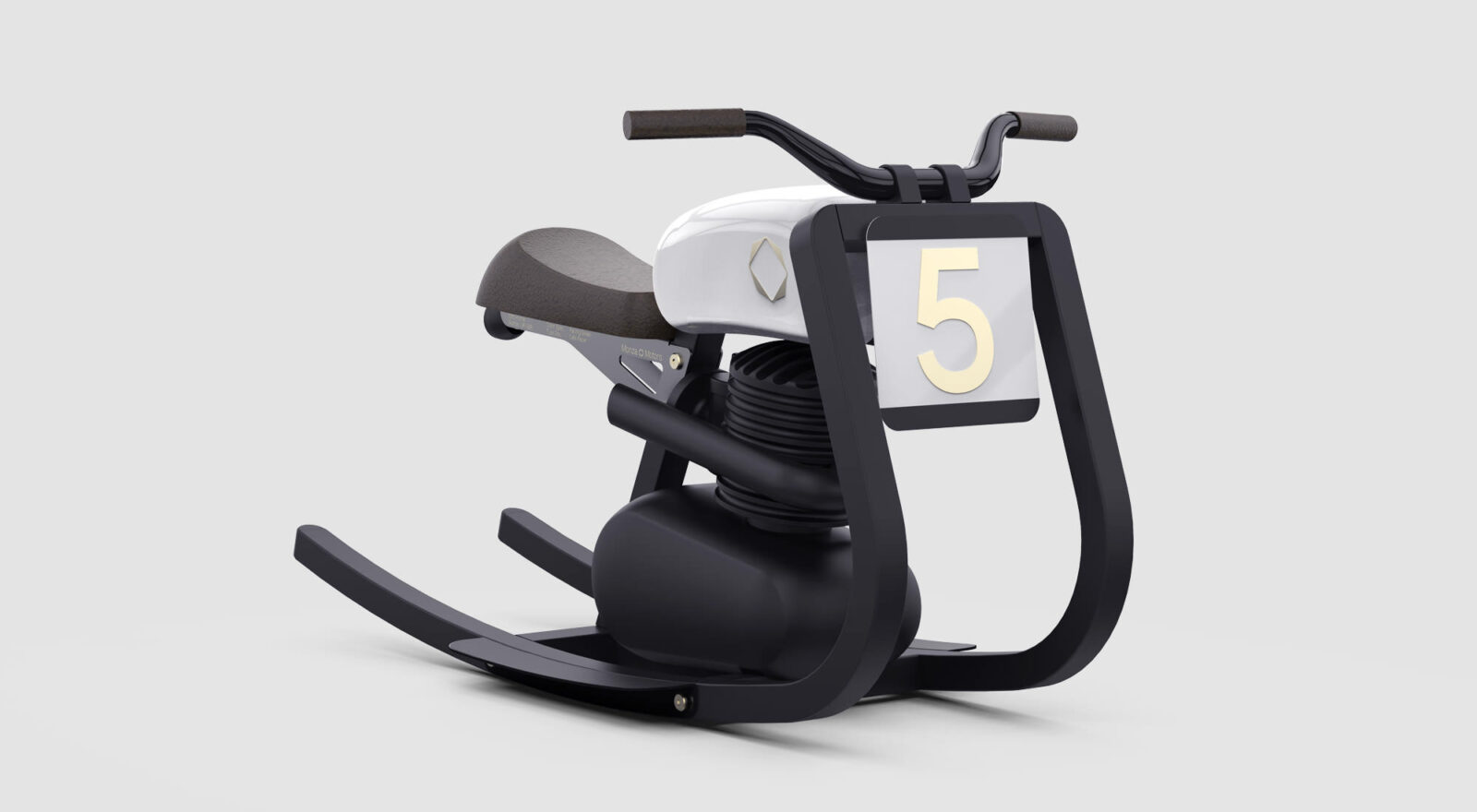 The Moto Rocker was designed to be the first “motorcycle” for aspiring riders between the ages of 1.5 and 4 years. The Moto Rocker has a model engine mounted amidships that resembles a 125cc two-stroke unit, with a carburetor, exhaust, and even a unit transmission.

Three major versions are offered, a Cafe Racer, Brat Racer, or Track Racer, and every rider’s name is placed on the frame bracket with the serial number and model details.

“The horsepower of the Moto Rocker can only be measured by the width of the little riders smile.” – Felix Monza

Each Moto Rocker has a powdercoated frame, with a waxed leather seat, leather handlebar grips, and a total weight of 5 kilograms. Although designed for younger kids, the Moto Rocker can accommodate up to 50 kilograms of rider weight.

Parents can order a custom built Moto Rocker by contacting the team at Felix Monza, with a range of colors, styles, and materials on offer. 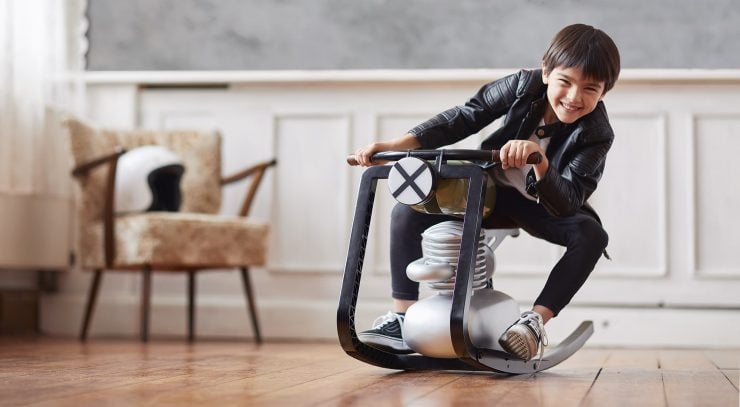 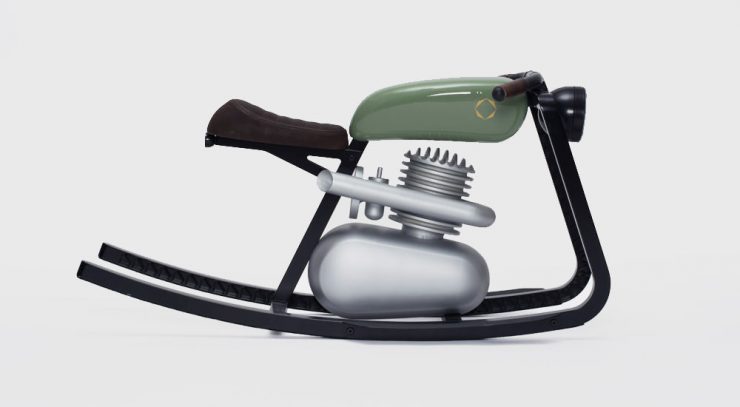 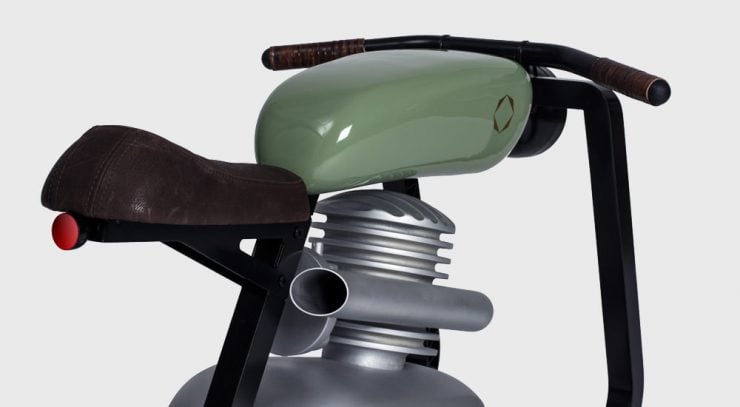 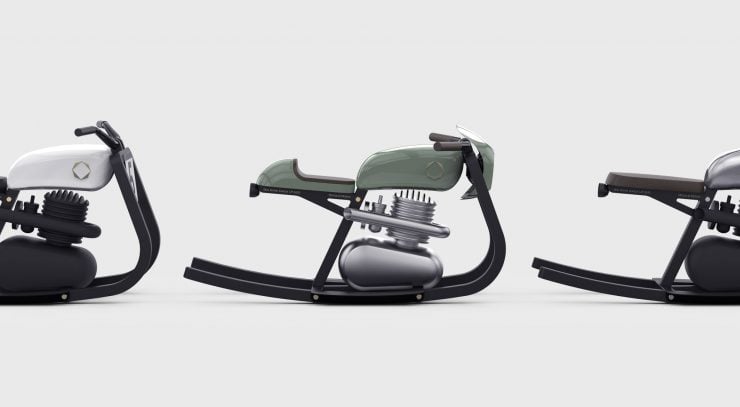 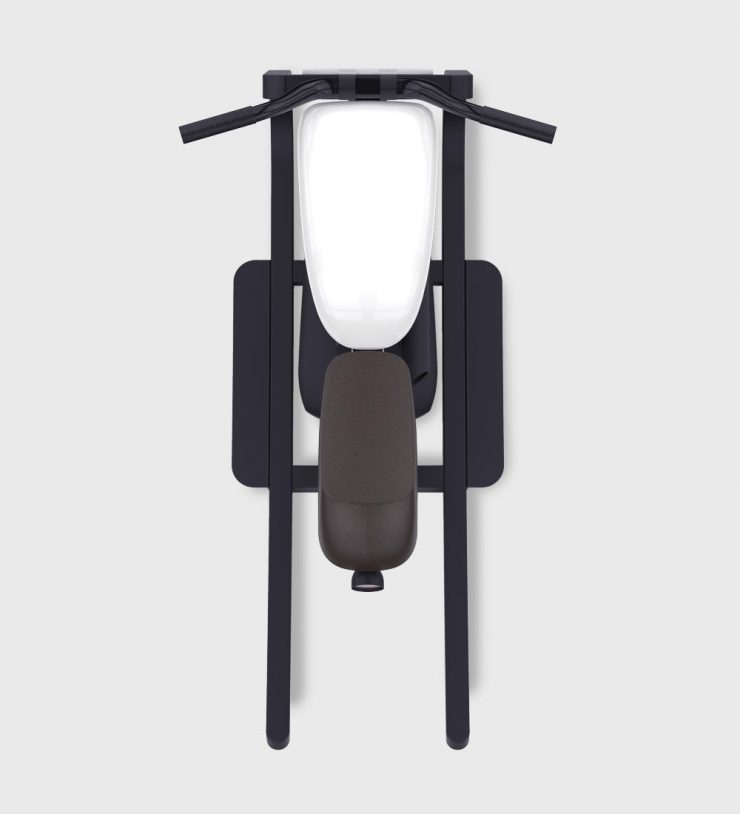 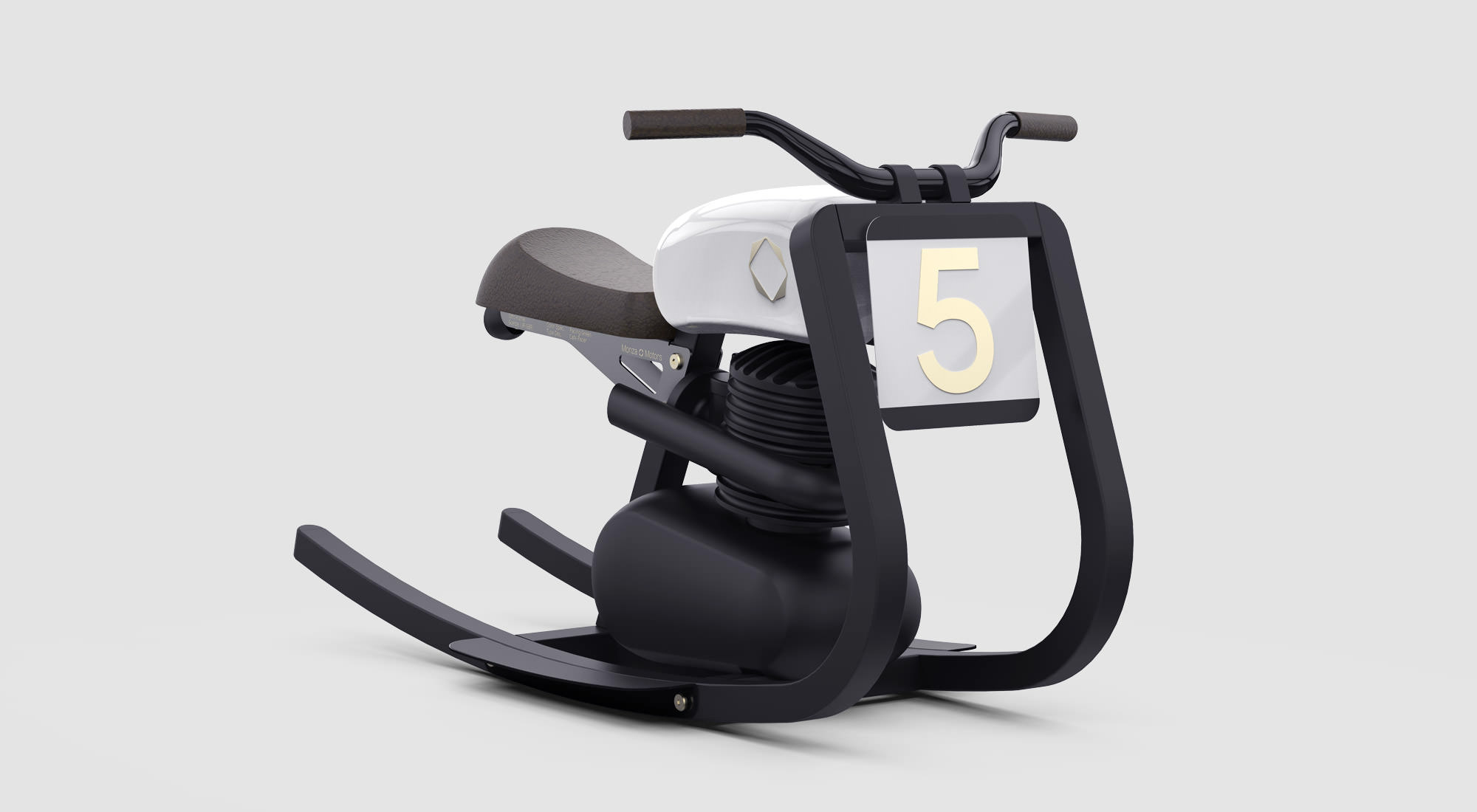 This unusual Triumph-based drag bike was built by the Baron family, who became well known for…

This is the Suzuki GSX750S Katana 1:12 scale kit from Tamiya, it faithfully replicates one…

MoonBikes were invented by Nicolas Muron, a former aeronautical engineer at Dassault Aviation, who was struck…