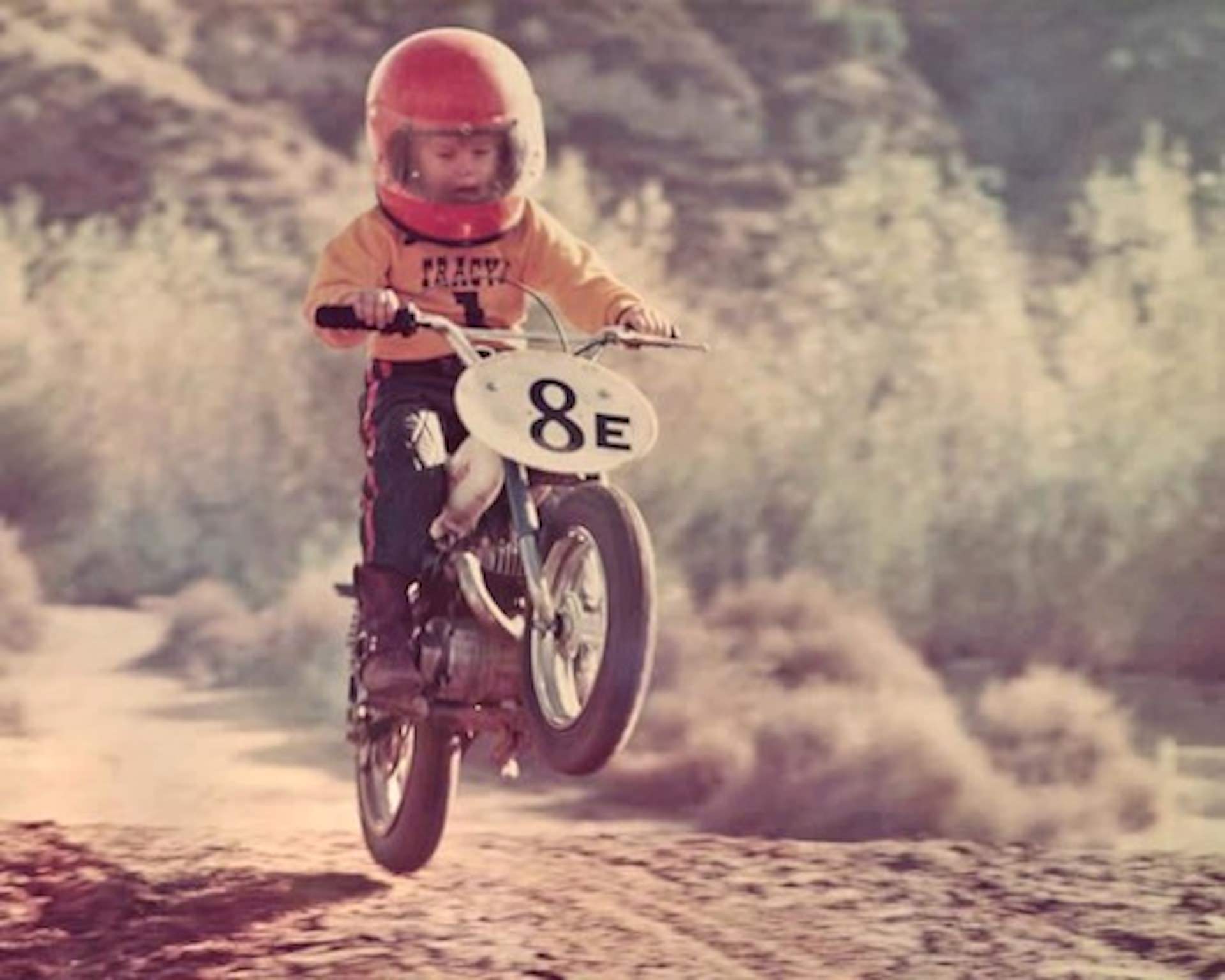 We don’t know who this little fellow is but by God, he appears to have had the coolest childhood in recorded human history. It looks like he’s riding a 50CC two-stroke but I’m not sure of the make or model, if you click the photo to enlarge it you’ll see that the kid has a fantastic look on his face.