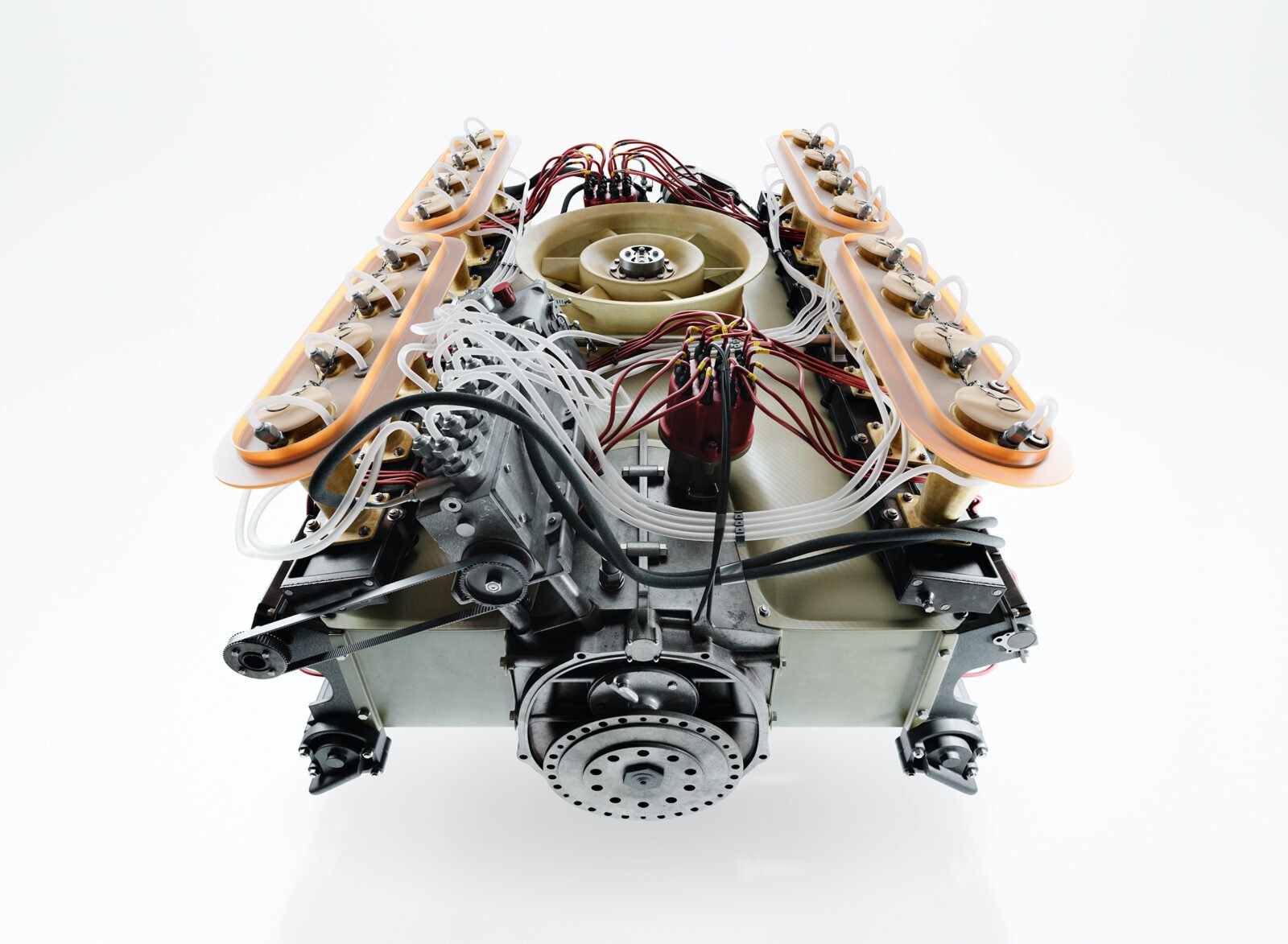 The Mezger 16 was a prototype engine created by one of Porsche’s most important engineers – Hans Mezger. Mezger developed a flat-16 cylinder engine with a displacement of 6.6 litres and 750 bhp in order to give the Porsche 917 enough power to take the fight to the V8 powered Can-Am cars racing in North America.

The talented team at INK recreated the Mezger 16 using 3D modelling software, creating a startlingly realistic model of the engine and offering a series of prints of it, so Porschephiles can have one of Mezger’s most impressive creations adorning their walls at home.

There are three prints in total, showing the engine from three angles. The prints will likely look best if bought as a package and hung side-by-side however they are for sale individually if you like one in particular. Each print is available in two sizes, the first is 16.5 x 23.4 inches and the second is 23.4 x 33.1 inches. 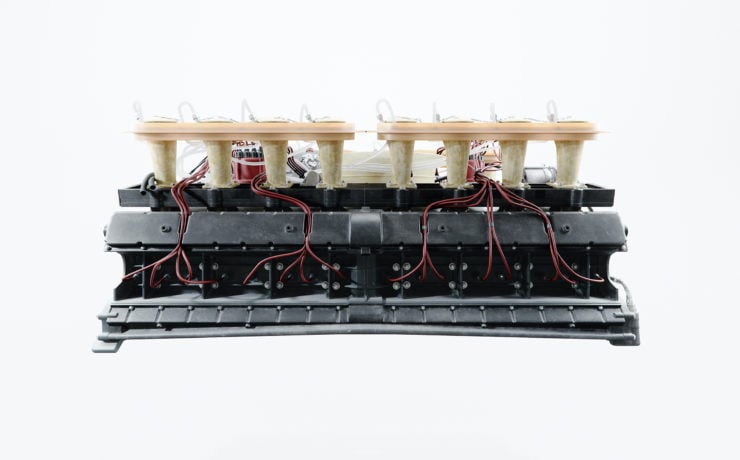 After significant development work had been carried out and four running flat-16 engines had been made Mezger and his engineering team decided to go in another direction – turbocharging their flat-12 engine which would result in the first turbo 911 a few years later, the Porsche 930.

The Porsche engineering team led by Mezger created the flat-16 engine by grafting two cylinders to either end of the flat-12 that was already in use. Fuel is fed into the engine courtesy of a Bosch fuel injection system and the engine has double overhead cams per bank, two valves per cylinder, and it was said to be capable of up to 880 bhp at 8,300 rpm depending on displacement and state of tune.

The engine was fitted to the 1970 Porsche 917 PA Spyder Prototype and tested by Mark Donohue at the Weissach track – he later said the car was a monster, and that he felt that once turbocharged the engine could potentially be capable of up to 2,000 bhp. 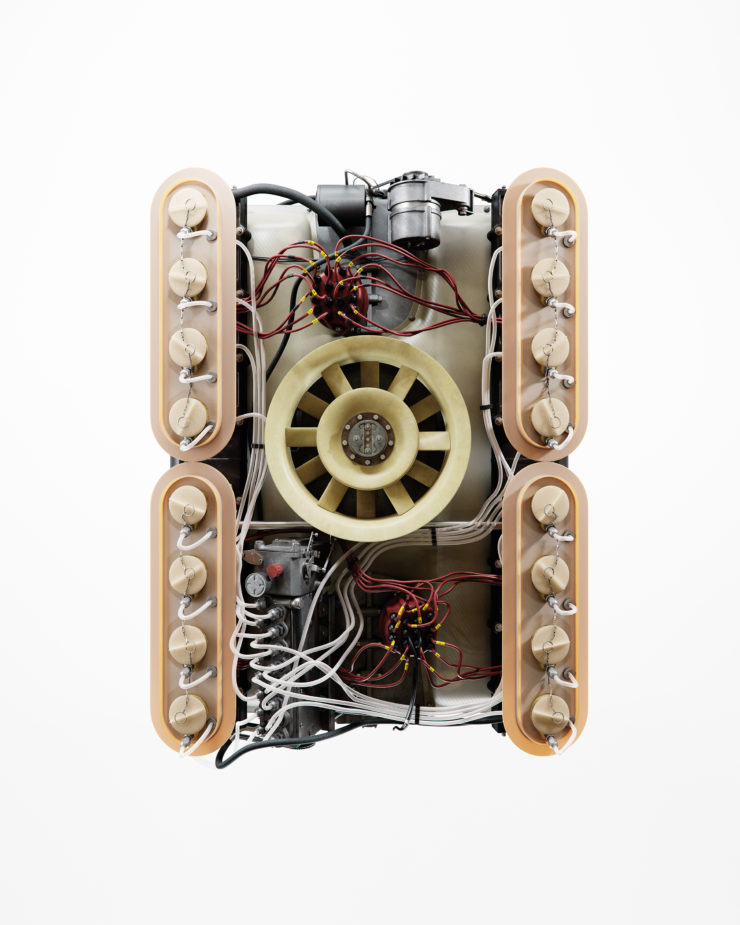 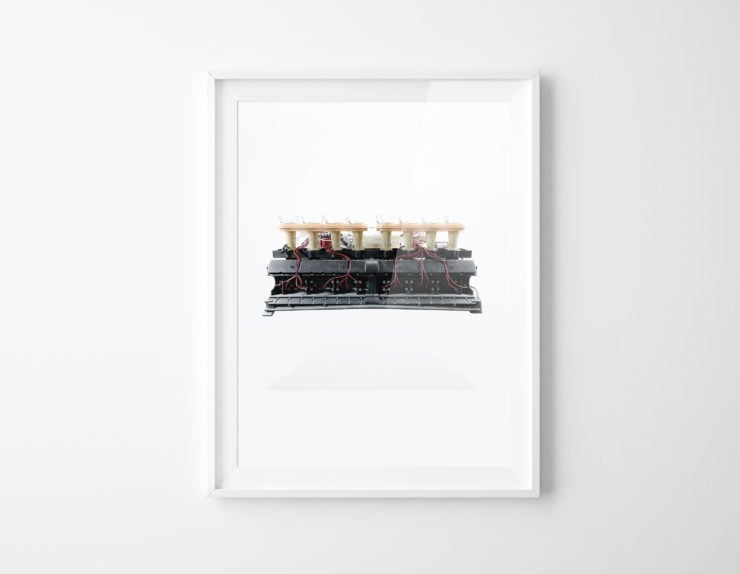 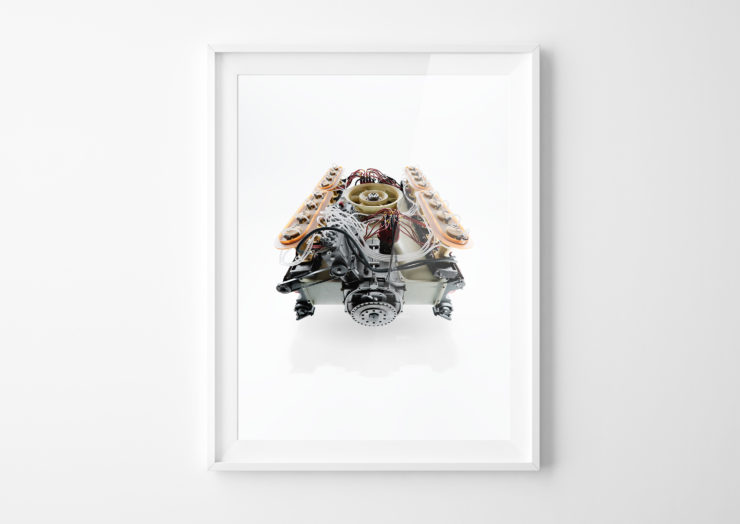 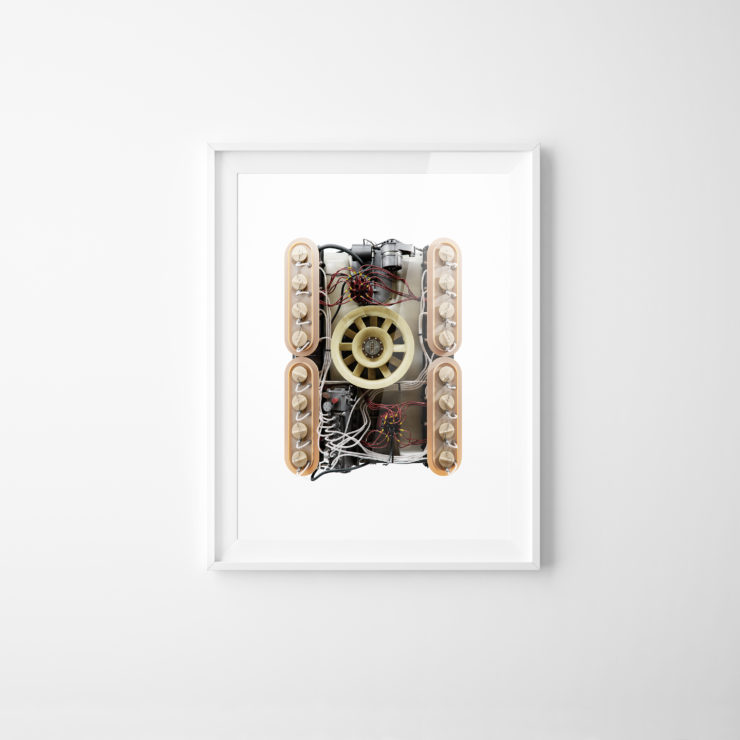 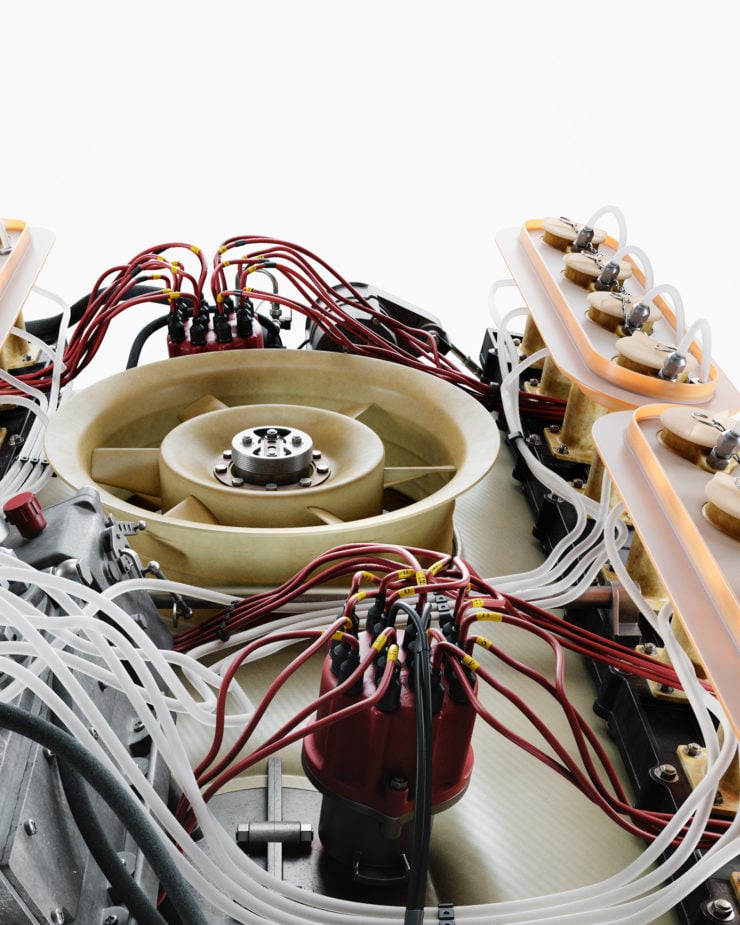 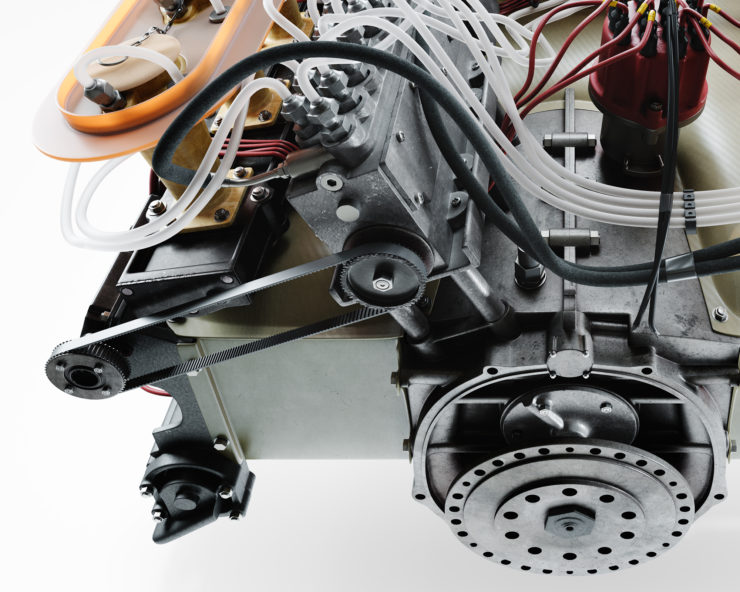 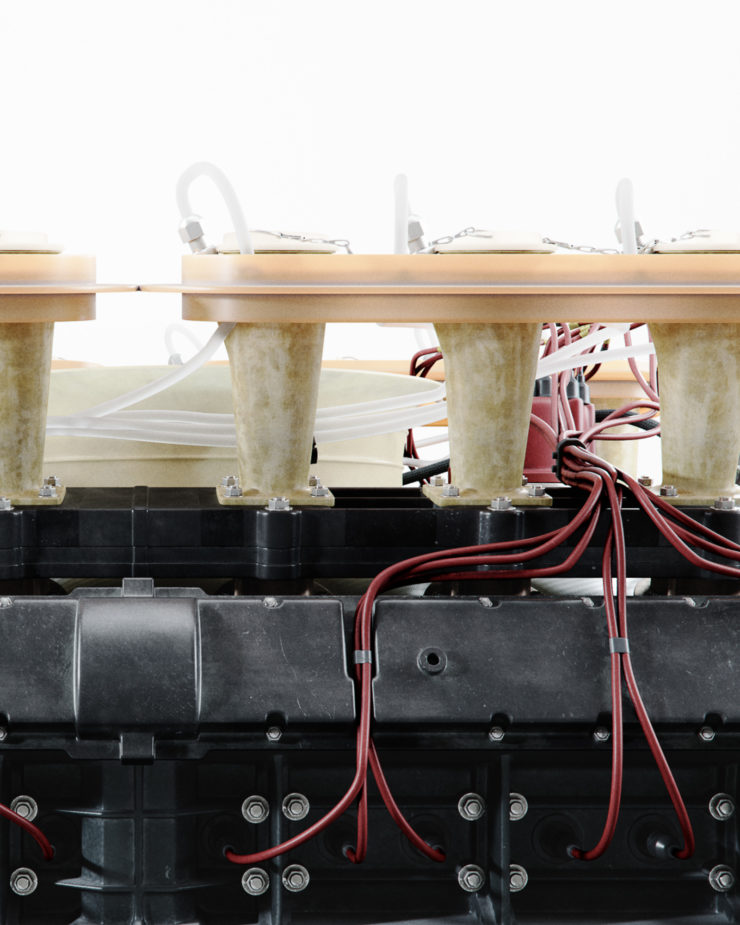 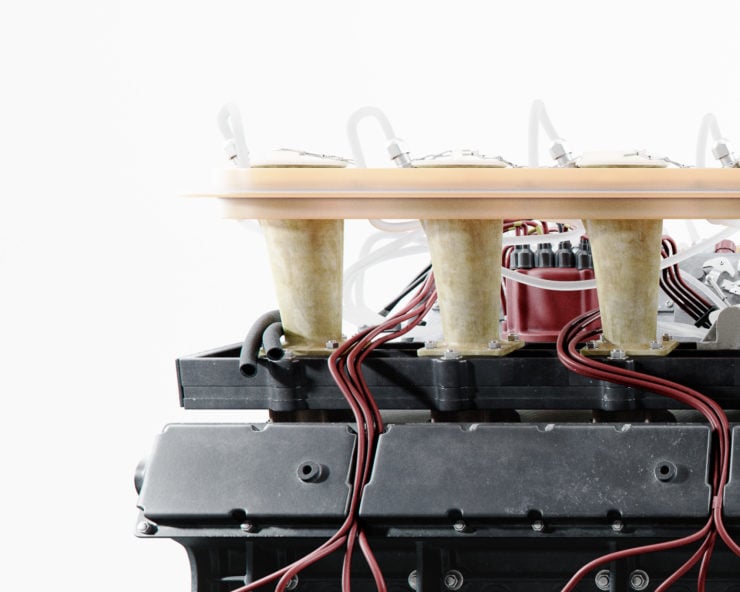 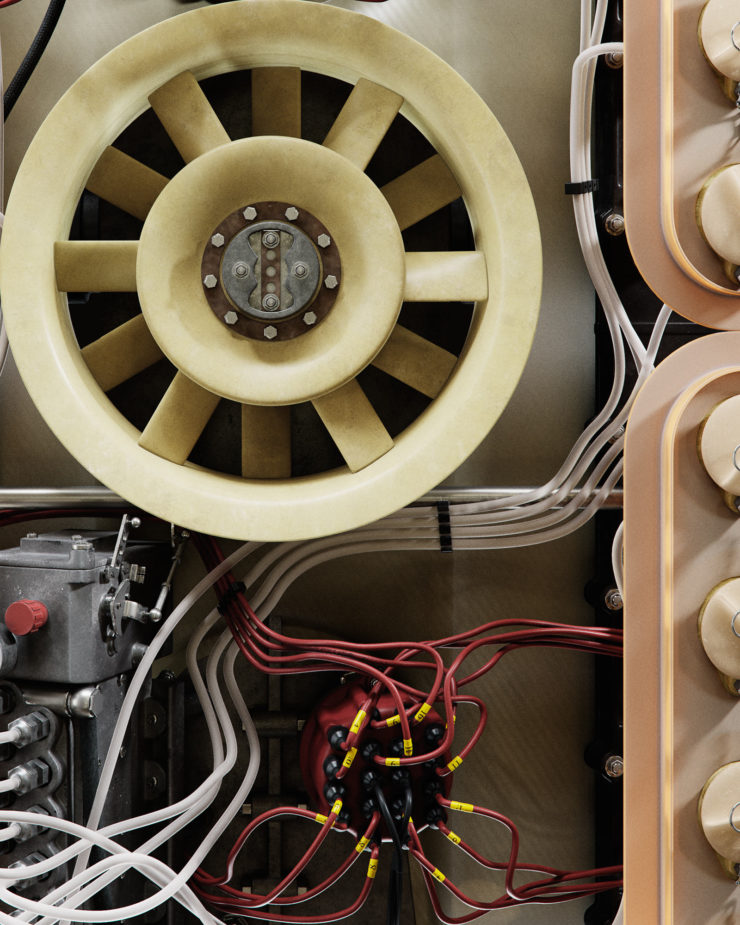 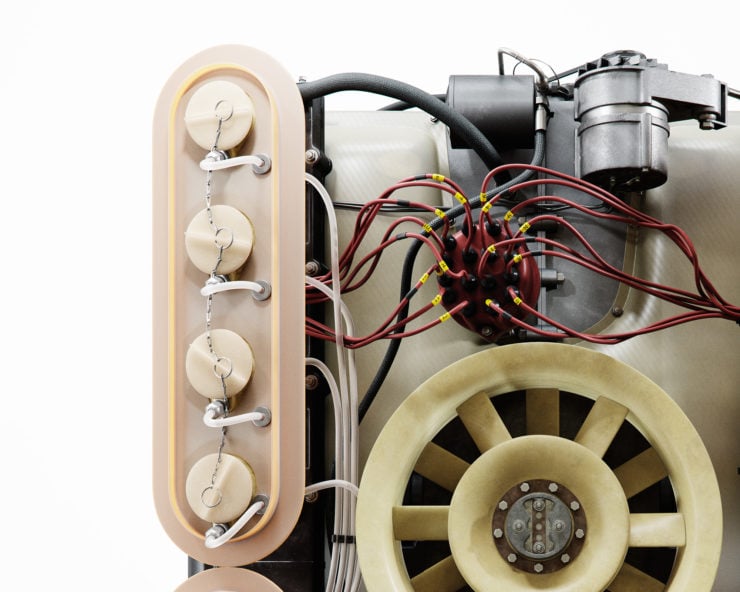 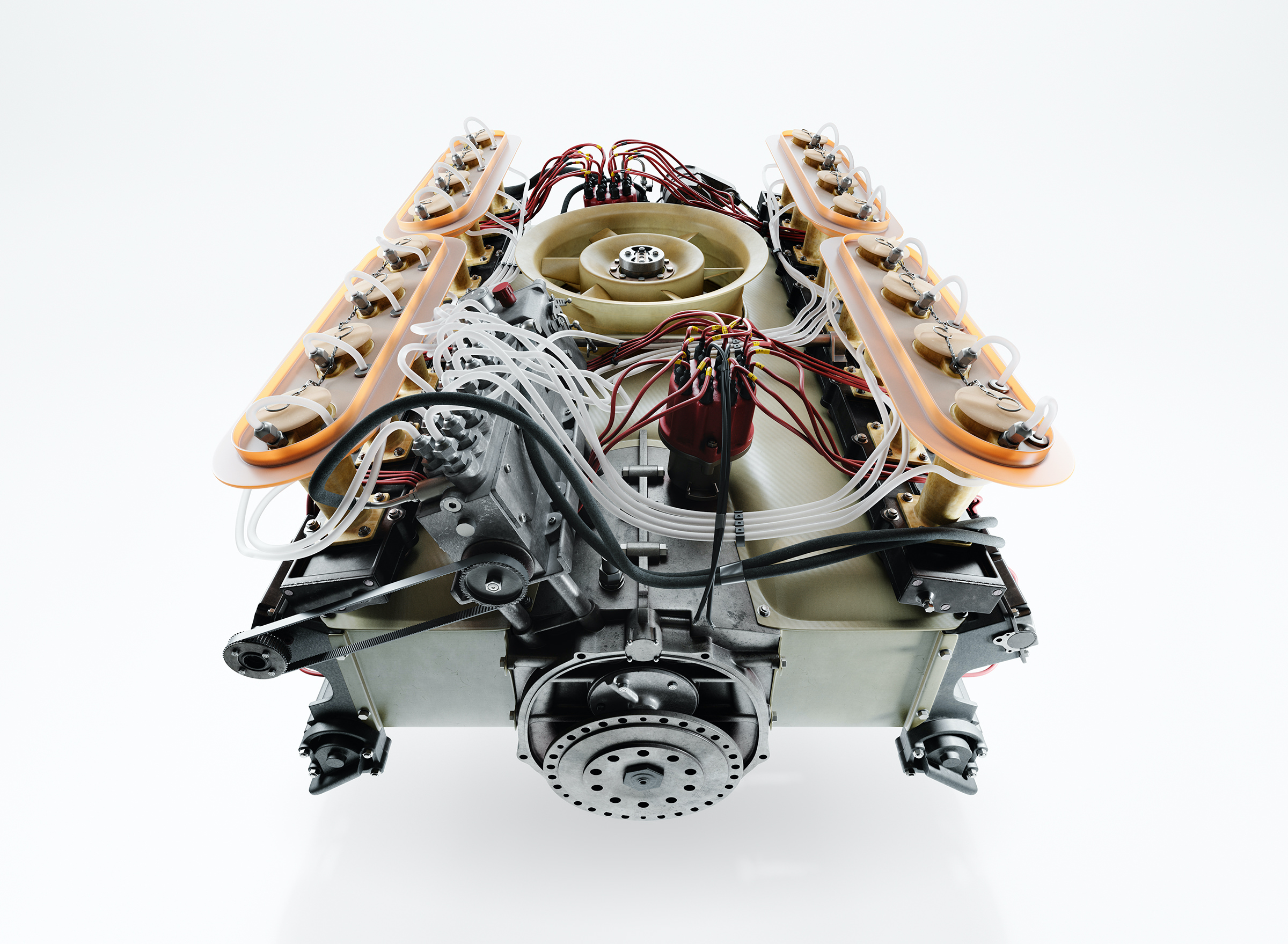