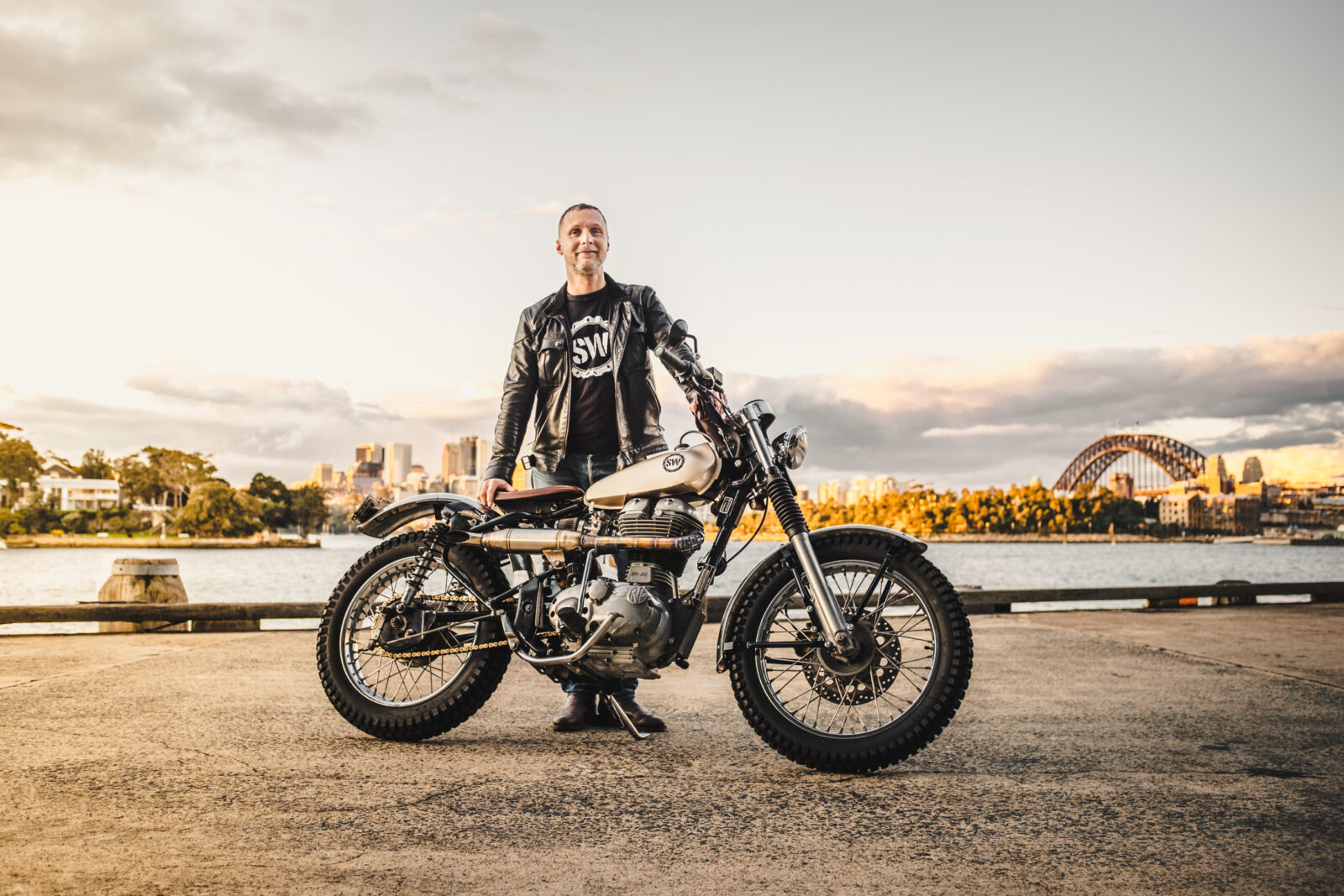 Although you may not know it at first glance, the Royal Enfield Classic 500 has a fantastic ’60s style trials bike hidden underneath its respectable looking exterior.

The man who discovered the transformative ability of the Classic 500 is the founder the custom motorcycle workshop Schlachtwerk, a friendly German chap named Tom who now lives in Sydney, Australia.

The project to build this bike started almost by accident, Tom needed a new bike to use as a commuter and he was looking for something simple, reliable, and affordable. He stumbled across a 2013 Royal Enfield Classic 500 for sale and remembered that he’d rented one for a week days a few years earlier and liked it, but just wished it was a bit lighter.

Helping motorcycles lose weight was one of the founding principles of Schlachtwerk, so he bought the bike and set to work at Sydney’s famous Surfside Motorcycle Garage who provided support during the build as they’re also an official Royal Enfield dealer for the Australia and New Zealand market. 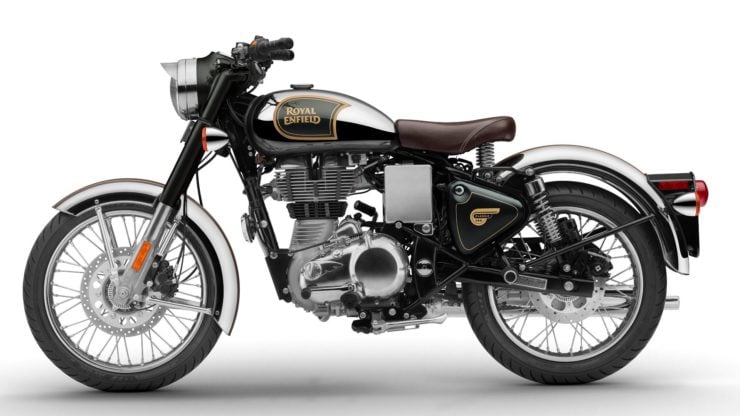 Above: A reference image of a Royal Enfield Classic 500 as it comes from the factory.

Tom’s goal from the outset was to lower the weight of the bike by 40 kilograms, that’s 88 lbs in the old numbers. The build started with a full teardown, the engine and suspension stayed attached to the frame but everything else was removed, and every single part was evaluated to see if was vitally necessary and to see if it could be replaced with a lighter weight replacement.

The electronic fuel injection system, starter motor, and exhaust system were all to be left out of the rebuild – this saved a significant amount weight and the switch to a carburettor also meant the fuel tank could be switched out without worrying about fuel pumps.

A new much slimmer Yamaha fuel tank was modified to fit the frame and a custom carbon fibre seat pan was made, this was then fitted with a newly upholstered seat using vintage leather by Dave at the Bad Arse Trim Company. The front and rear fenders were replaced with new alloy units that help reduce weight and look more period correct for a ’60s era trials bike. 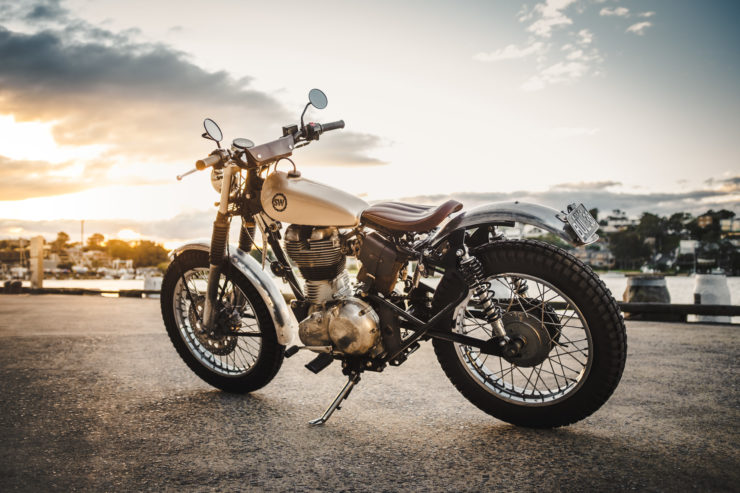 When Dave was finished with the seat he made a leather side bag, this is where Tom tucked away the simplified electrical system to keep it safe from the elements while keeping the bike looking period correct. A new GPR Muffler was modified to fit the newly fabricated stainless steel header, the exhaust has a classic high-exit design typically used on trials bikes and scramblers to keep it up away from rocks and above the water line when fording streams.

The original instruments were replaced with a motogadget Chronoclassic Speedometer, a set of Kellermann 3-in-1 indicators were installed, a lightweight lithium battery from CS batteries was fitted, and a pair of vintage-looking Shinko tires were added to the spoked wheels.

Amazingly the bike now weighs in at 54 kilograms (119 lbs) less than it did when Tom bought it, it now tips the scales at just 148 kilograms (326 lbs) with a full tank of fuel. If you didn’t know ahead of time that this bike had been built recently you could be forgiven for thinking it’s a trials bike from England in the post-WWII period.

Tom is now selling the completed bike, if you’d like to see it you can visit Surfside Motorcycle Garage in Sydney or contact Tom via his social media accounts below. 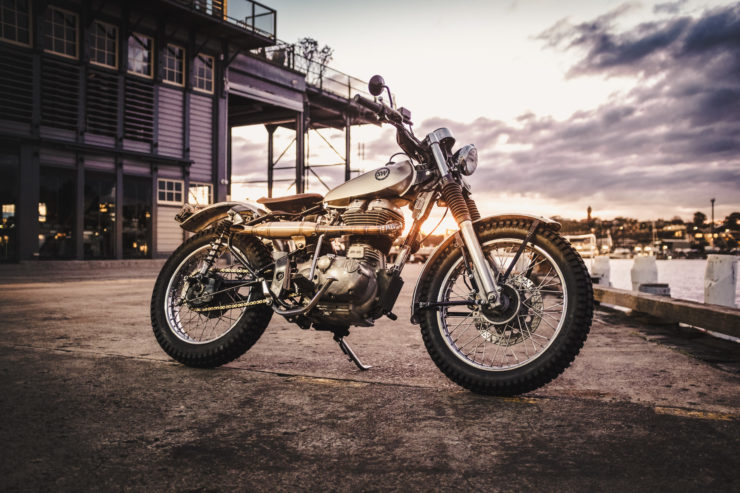 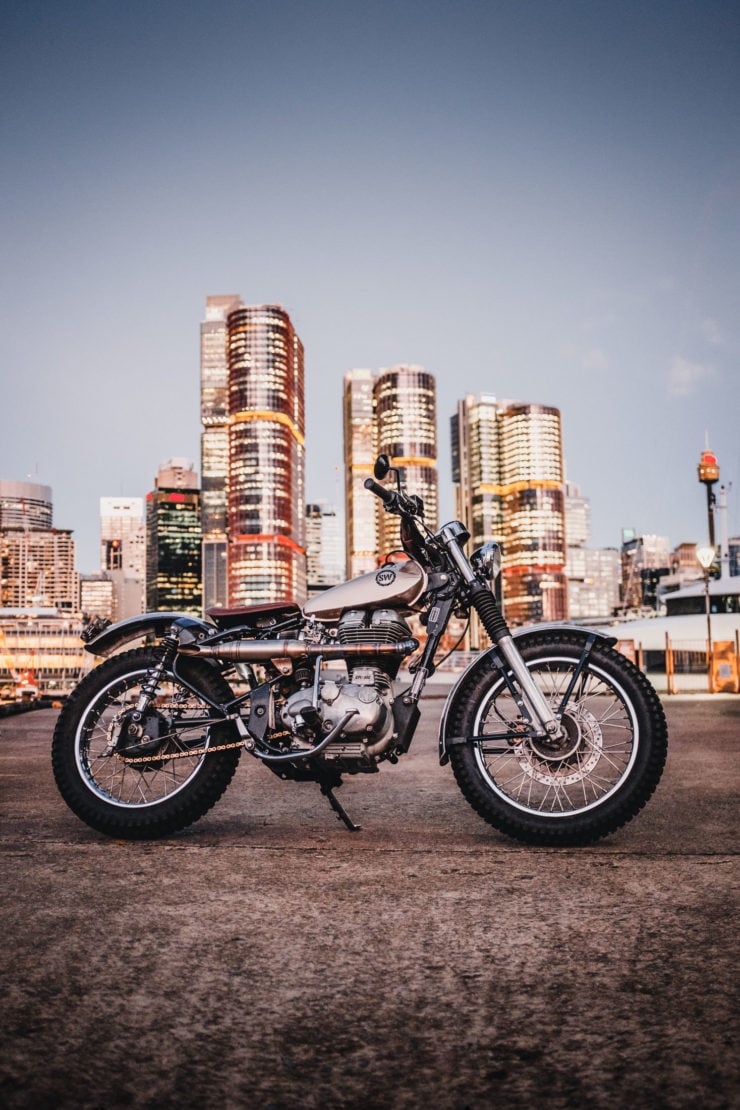 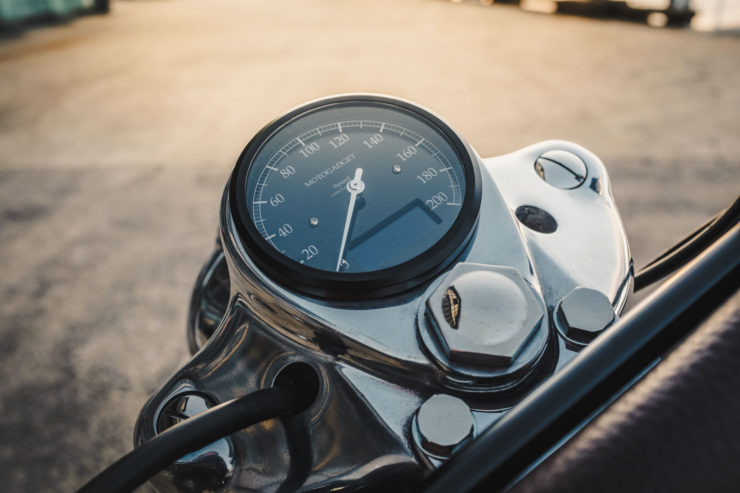 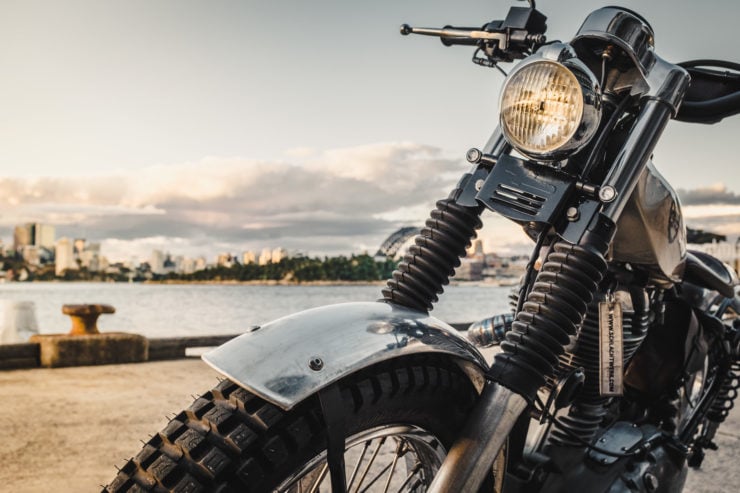 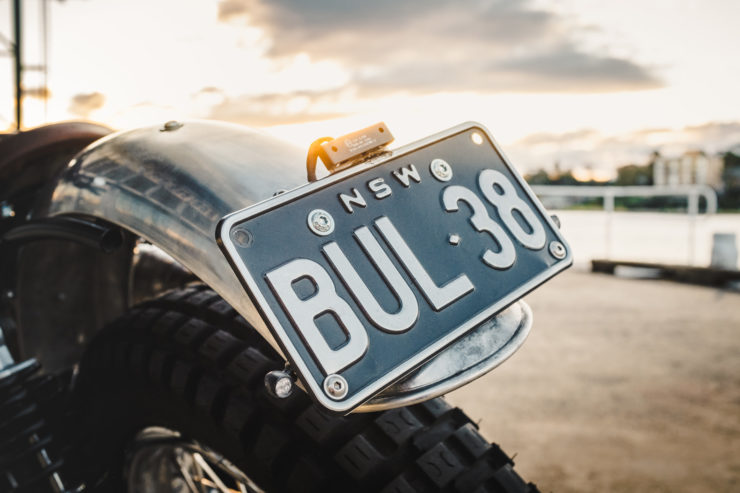 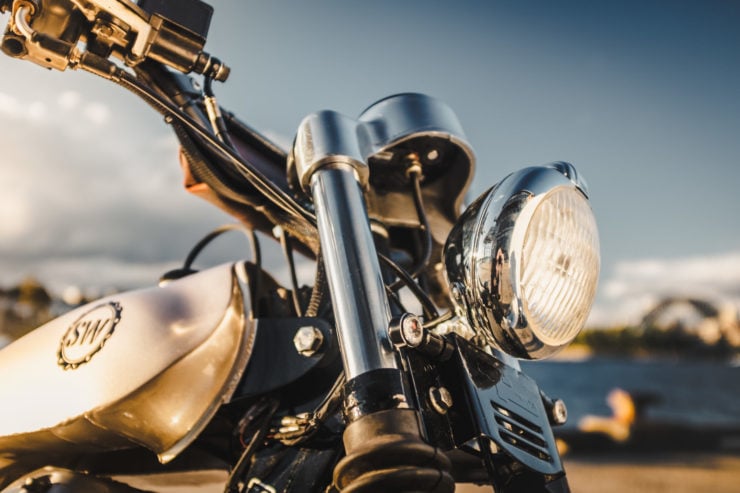 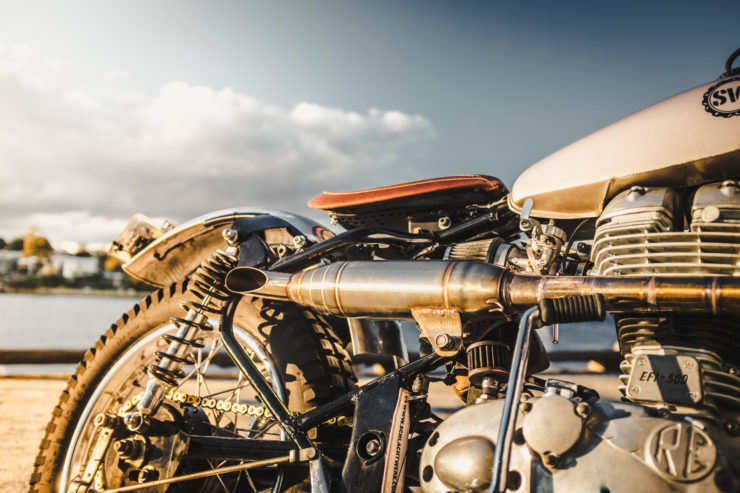 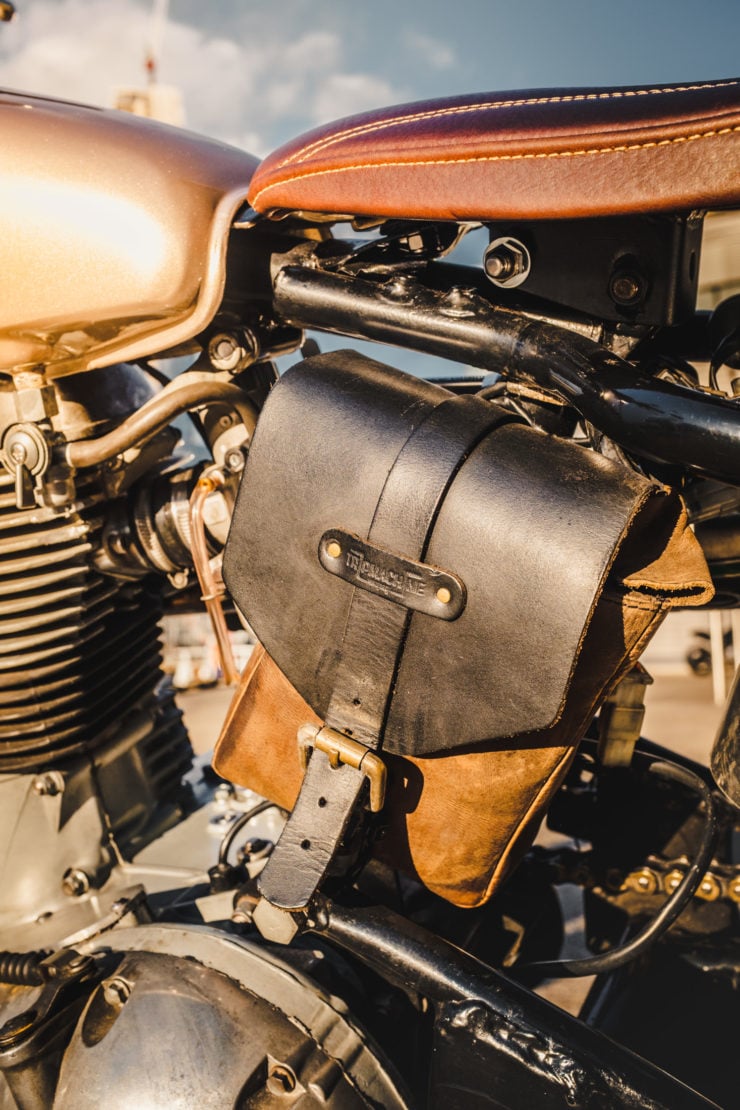 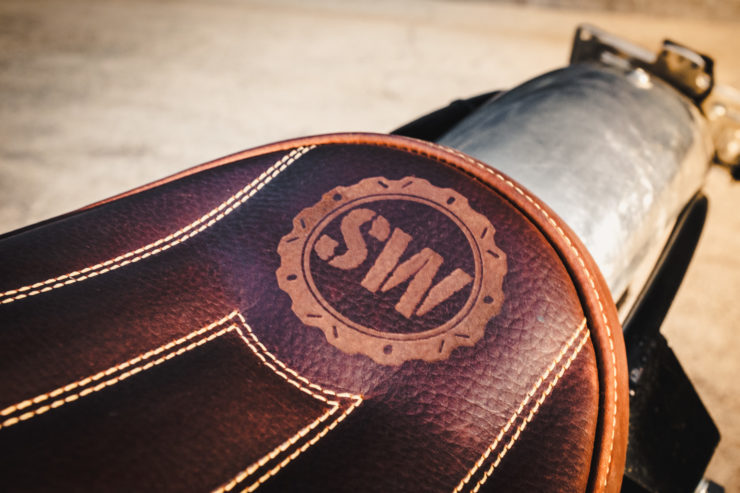 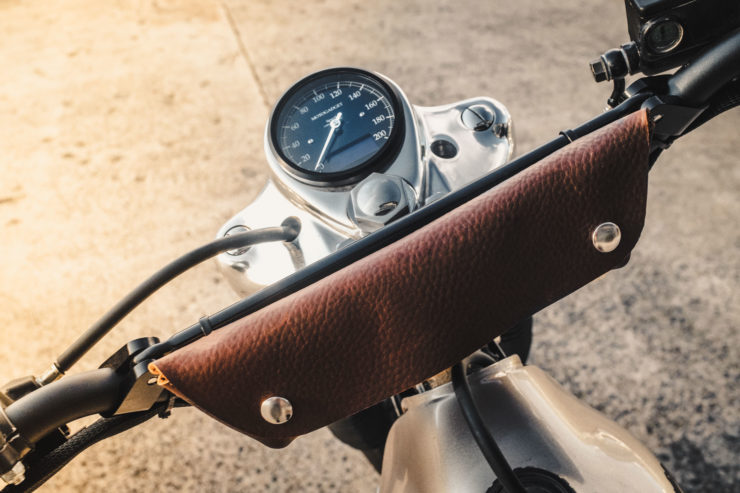 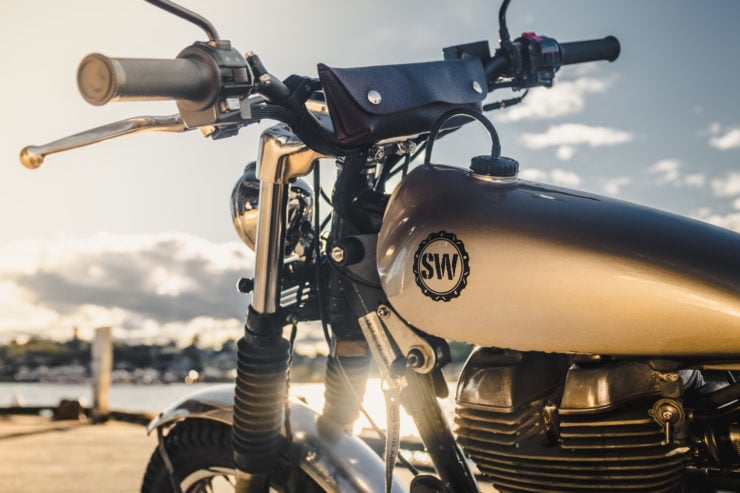 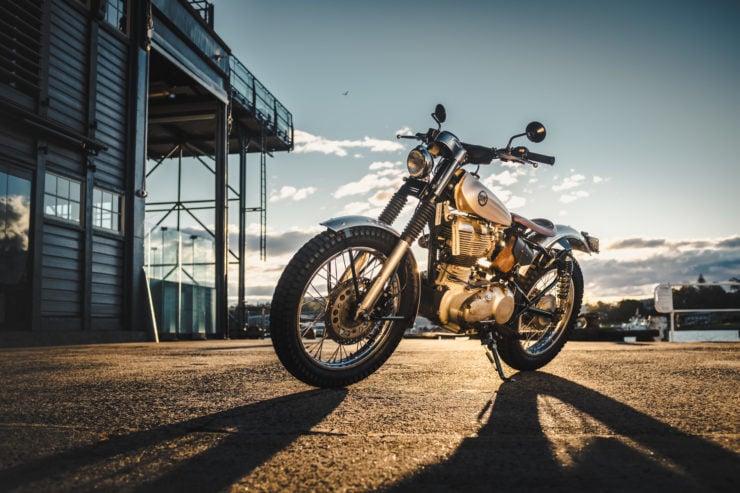 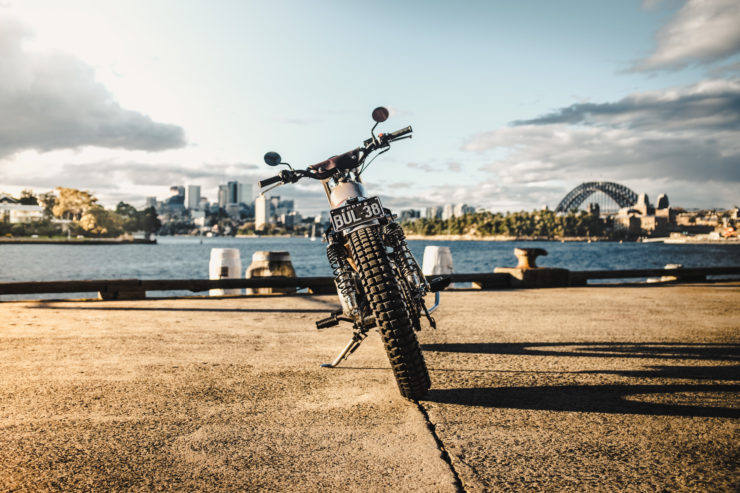 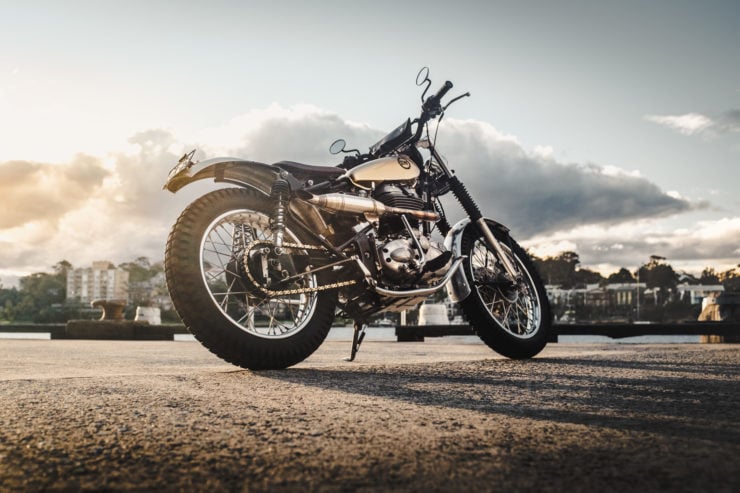 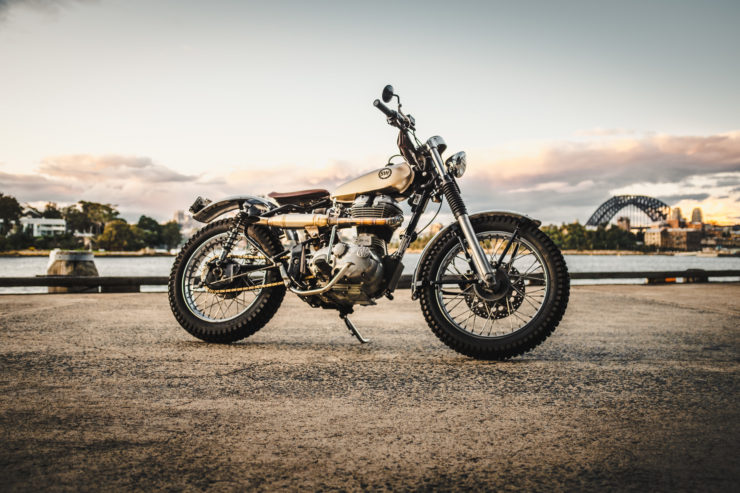 Published by Ben Branch - July 9th 2020
Related Posts
For Sale: A Vincent Black Lightning – The Fastest Production Motorcycle In The World In 1948