This Is The Only 1980 Mercury Cosworth Capri Prototype Ever Built 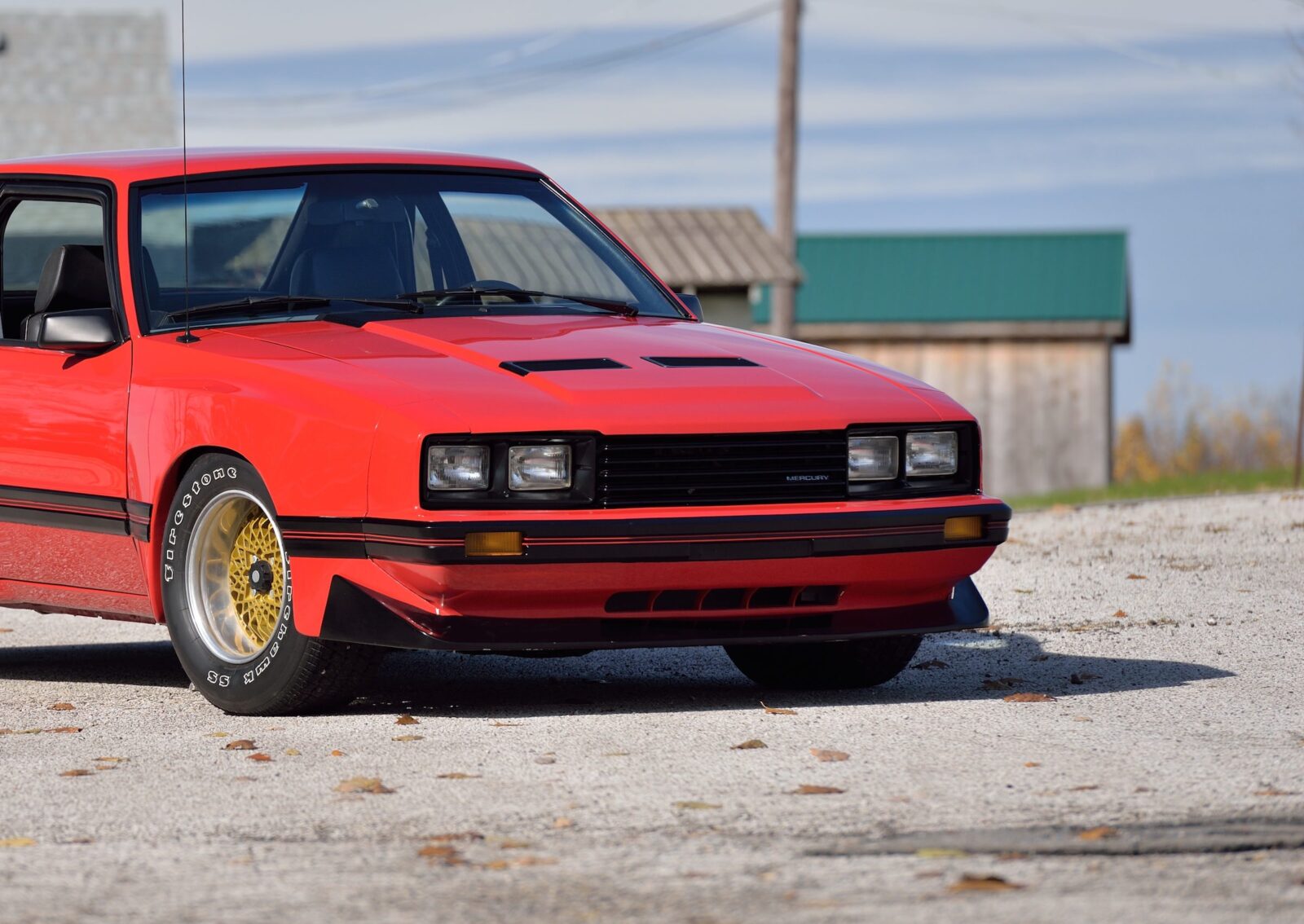 I’d never seen a 1980 Mercury Cosworth Capri before stumbling across this one, and that shouldn’t really be that surprising as only one of them was ever made. The car is a proof-of-concept prototype overseen by the Ford Motor Company but actually developed by the Mercury and McLaren Engines Inc.

McLaren Engines Inc. had previously worked with Ford a number of times including on the 1980 Ford Mustang/McLaren M-81 Cosworth BDA – a car that shared the same body shell, and of course the Cosworth BDA engine used in this Capri.

It’s highly likely that the two projects were linked in some way, two examples of the Cosworth BDA Mustang were built with one racing at both the 1981 Daytona 24 Hours and the 1982 Sebring 12 Hours, just a single prototype of the 1980 Mercury Cosworth Capri was made. Though it is likely that the projects were linked, we’ve not been able to find any documentation to back that up and at this point it remains pure conjecture on my part.

The Cosworth BDA is an engine that needs no introduction for any fan of British performance cars, it’s a high-performance DOHC version of the Ford Kent engine. This was an engine that started life rather humbly as a simple OHV 4-cylinder economy car engine that would be modified wildly over the course of its production life by both Lotus and Cosworth – turning it into a genuine racing engine. 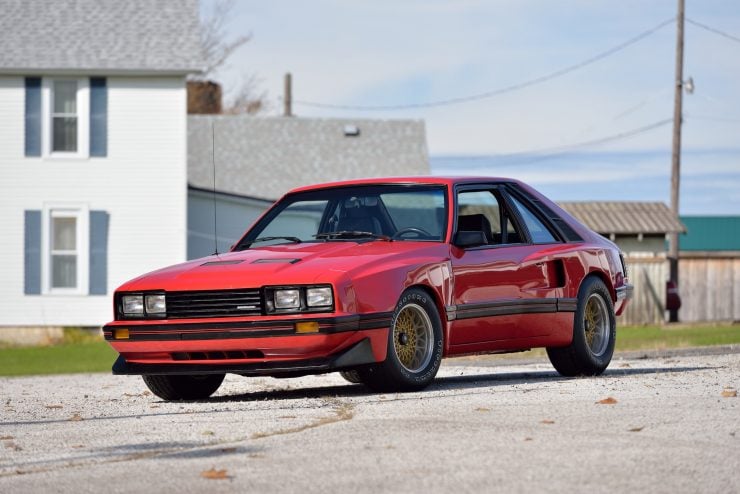 The 1980 Mercury Cosworth Capri was developed to be a showcase car for Mercury that met increasingly stringent emissions regulations, while still offering good performance.

The Europeans had a bit of a head start when it came to building small and highly efficient engines – post-WW2 the period of austerity that engulfed the Continent meant that petrol was expensive, so engines had to be small and extract every possible fraction of a horsepower.

The Cosworth BDA series of engines were developed in 1969 using a Ford Kent bottom end and a new Cosworth double overhead cam head. The engine originally had a displacement of 1601cc, and it’s characterised by an exposed cam belt at the front, and four leads connected to four overhead spark plugs running down the center of the cam cover.

The project to build the Mercury Cosworth Capri started with a 1980 Mercury Capri, a Cosworth BDA engine (the BDD variant) taken from the Formula Atlantic series, a ZF 5-speed manual transmission, and a plan to make the fastest car possible while still keeping emissions in check. 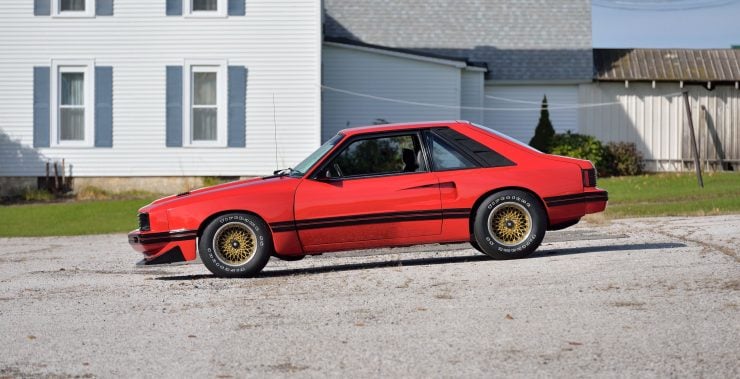 The donor car had custom all steel bodywork fitted by Ron Fournier, including front and rear fender flares with functional rear air intakes for brake cooling. The DOHC 1.6 litre Cosworth BDA engine fits with ample space in the engine bay, it’s fitted with twin 45 DCOE Weber carburettors, custom exhaust headers, and it sends power back through a ZF to a limited slip differential.

To improve handling the Capri has reworked suspension including Koni F81 shocks, and it’s fitted with original 3-piece BBS Gold-center wheels and Firestone HPR tires that do a great job of filling the larger wheel arches.

Inside the car there are heated black leather Recaro seats, the interior is mostly black with the exception of the minimalist dashboard fitted with a set of Stewart Warner instruments.

The Cosworth Capri was featured on the cover of a 1981 issue of AutoWeek, and Ron Fournier wrote about the car in his book “Metal Fabricator’s Handbook”.

Amazingly the car has only covered 468 miles since new, and it’s still wearing its original tires. It’s a fascinating look back at a little-known project car from the early 1980s as American automakers looked to make themselves more competitive in a world of increasing fuel costs and emissions restrictions.

The Capri has been part of the same collection since 1995 but it’s now due to cross the auction block for the first time in decades when Mecum offer the car in January at the Kissimmee Auction. If you’d like to read more about the car or register to bid you can click here to view the listing. 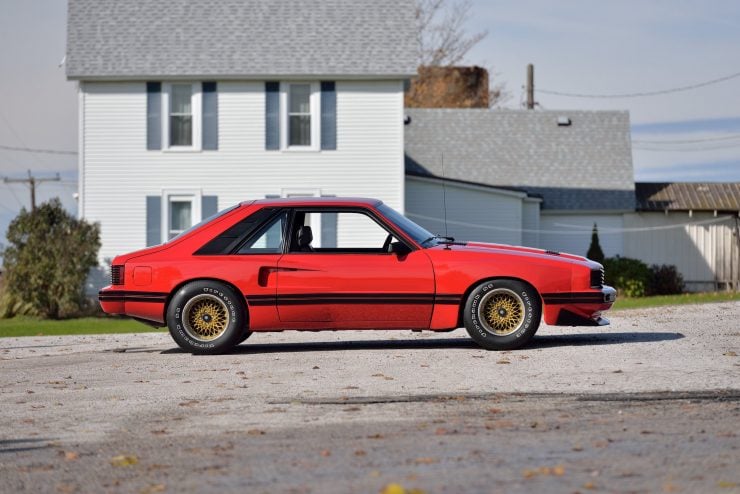 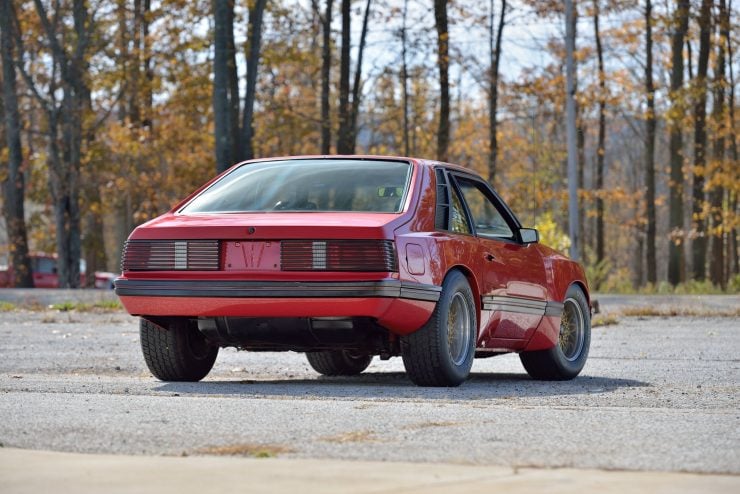 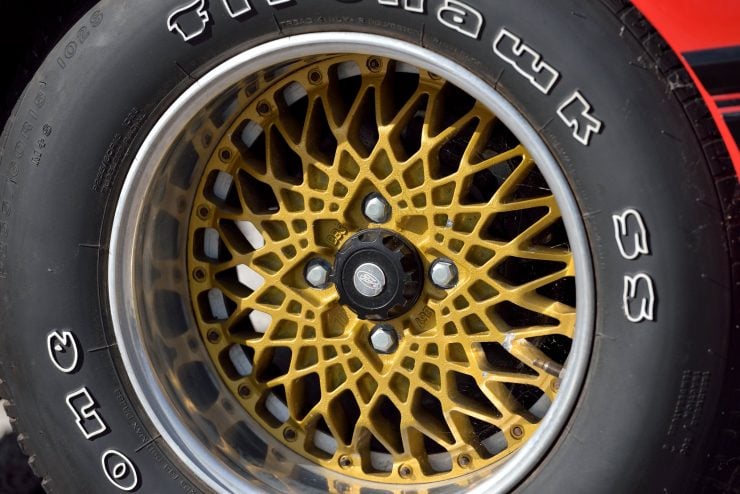 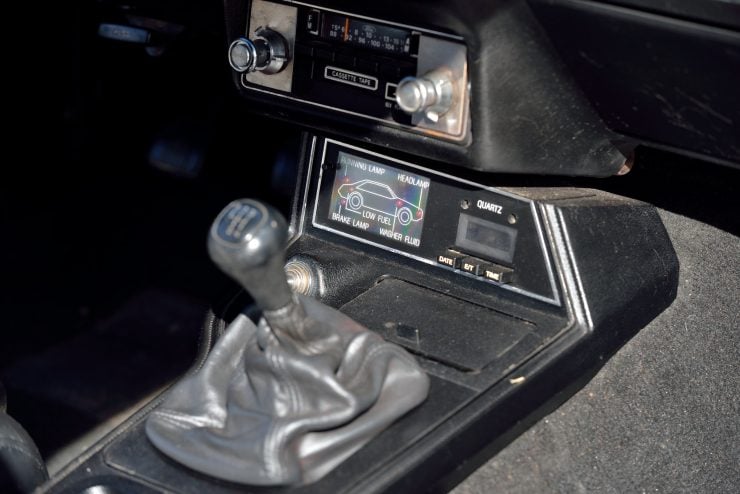 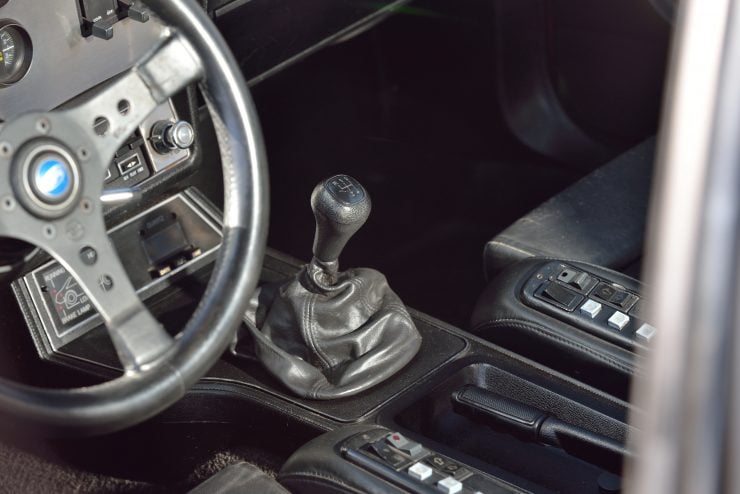 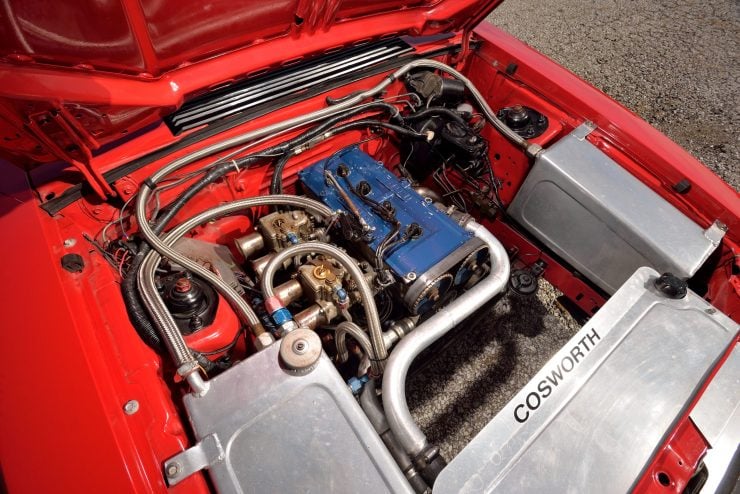 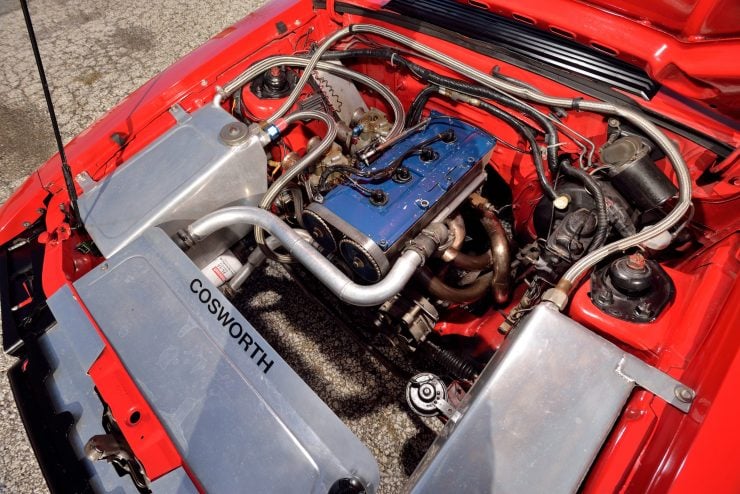 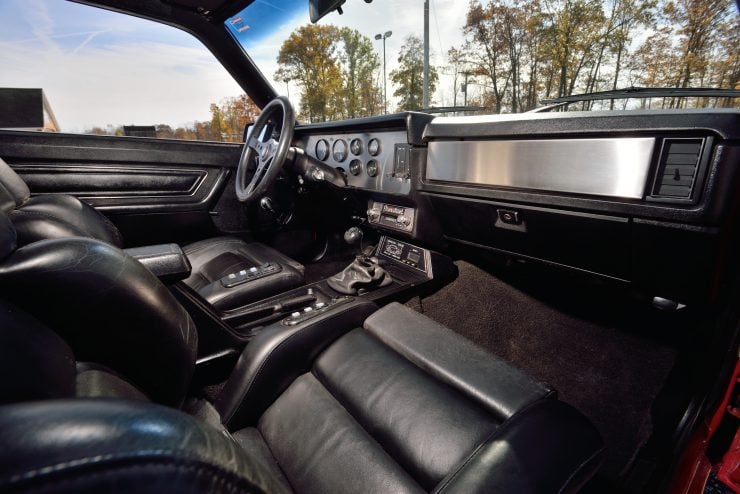 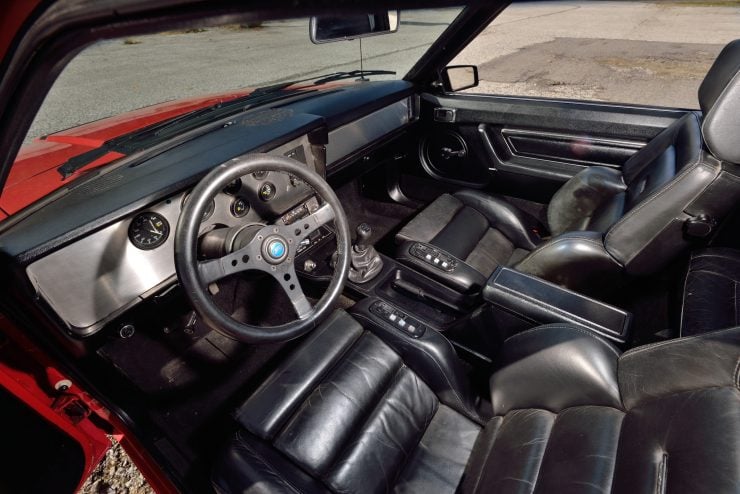 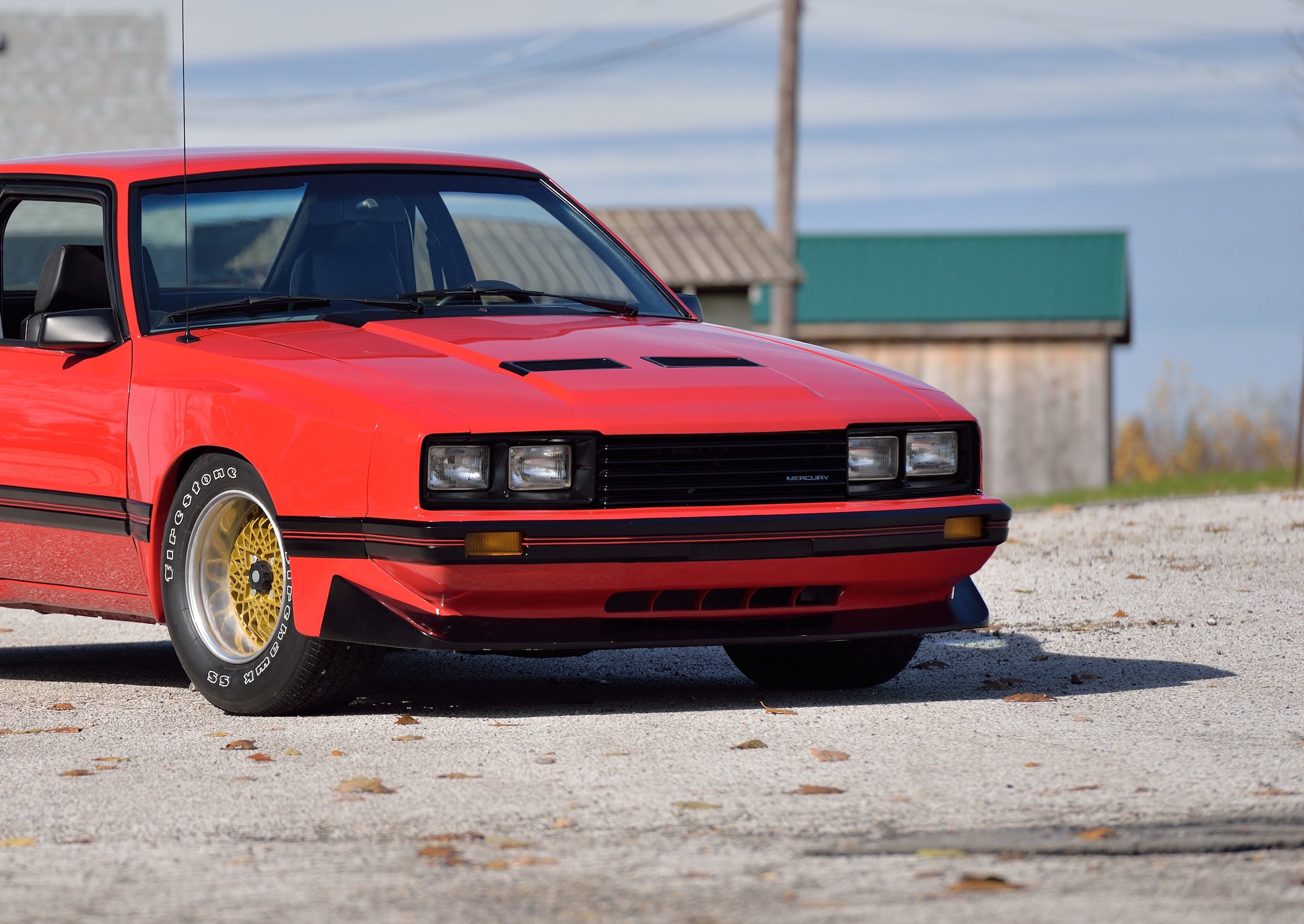