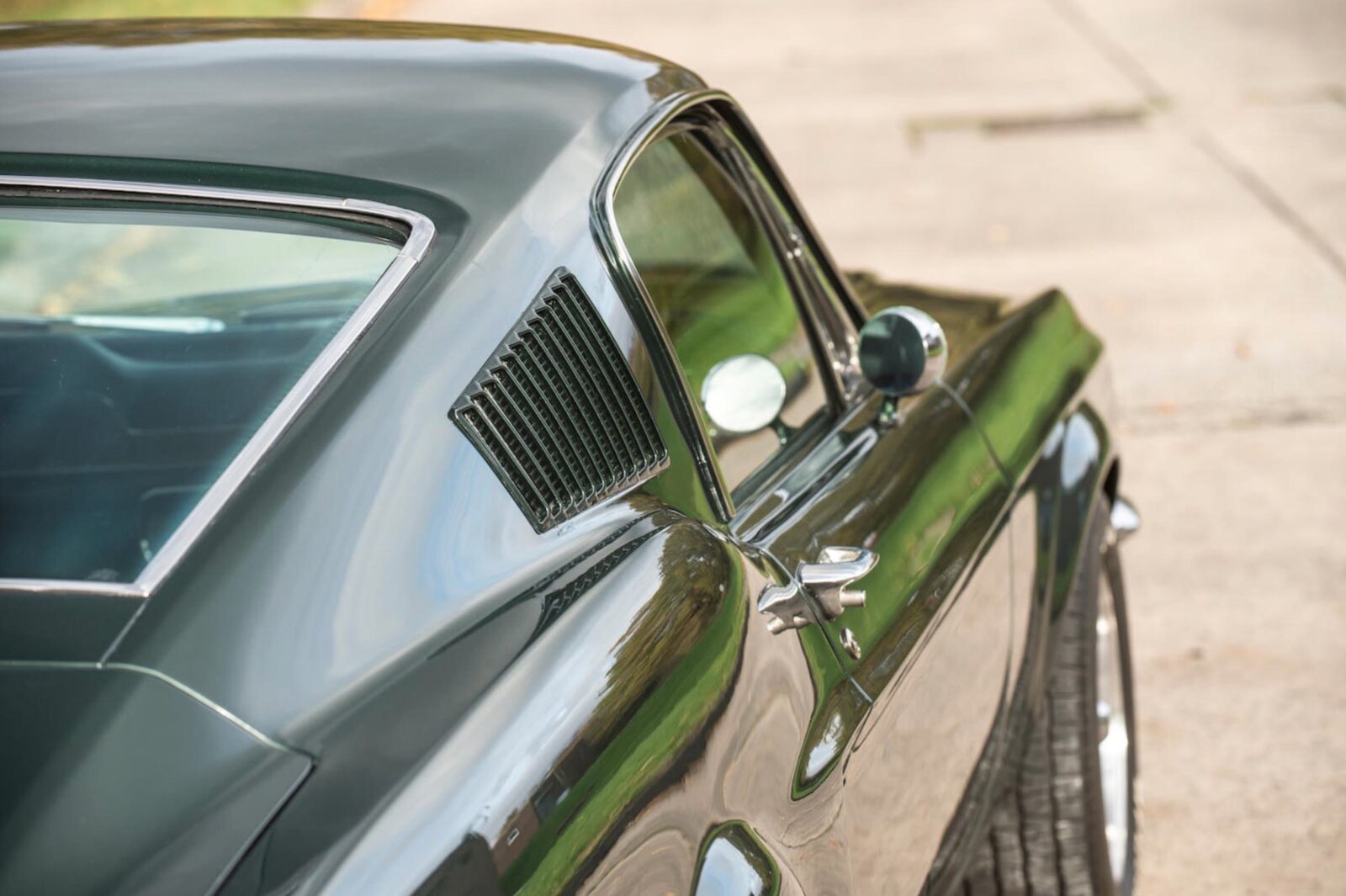 The Ford Mustang driven by Steve McQueen in the 1968 cult classic “Bullitt”, now known as the Bullitt Mustang, has become one of the most memorable and iconic cinema cars of the 20th century.

Steve McQueen is almost as famous for his love of cars and motorcycles as for his career as an actor and filmmaker. He funded his acting classes in the 1950s by working as a mechanic where he met James Dean and worked on his cars.

McQueen raised additional funds by winning motorcycle races, an activity he would continue after becoming famous, though once he became a celebrity he entered races using the pseudonym Harvey Mushman to avoid unwanted attention.

Bullitt is almost certainly best known for its 9 minute and 42 second long high-speed pursuit through the streets of San Francisco, featuring Steve McQueen in a Highland Green metallic 1968 Ford Mustang GT Fastback being chased by a 1968 Dodge Charger, before flipping the tables on his two adversaries and chasing them – resulting in a remarkably unpleasant demise for them.

Two matching Mustangs were supplied by Ford for the film as well as two Galaxies which were intended to be used by the bad guys, it was discovered that the Galaxies were just too heavy for the jump sequences so they were replaced by a pair of matching black Chargers.

For filming the dark green Mustangs were significantly modified with performance suspension and brakes, and a comprehensively reworked engine – all completed by accomplished race car builder and racing driver Max Balchowsky.

Aesthetically the Bullitt Mustangs were stripped of badges, a move that likely irritated the PR folks at Ford, all exterior Mustang and Ford badging and branding was removed, the grille was blacked out, and a set of 15 x 7 American Torque Thrust wheels were fitted.

In the film, the Mustang was essentially McQueen’s co-star throughout, ensuring it landed squarely in the hearts of young (and old) cinema goes around the world. The car became so famous that Ford released a new version of the Bullitt Mustang in 2018, exactly 50 years after the film was first released.

The car you see here is a creation very closely inspired by the film, it’s become popular in recent years for people to build their own Bullitt-specification Mustangs using either 1967 or 1968 cars due to the close similarity between the two model years when compared with the earlier and later cars. Purists will tell you that only 1968 cars count, but they’ll always find something to have a gripe about.

On the 40th anniversary of the Bullitt theatrical release the then-owner of this car sent it for a bare-metal restoration to Bullitt specification. The rebuild required over 2,000 man hours of work using all original Ford or American high-performance parts, body panels showing signs of age were all replaced, and all chrome and brightwork was replaced with new parts.

A complete new deluxe interior was fitted, including new carpets, headlining, seat upholstery, and the rare overhead console with integrated map lights. The original, wood grain dashboard, instrumentation, and door panel inserts were in excellent condition, and so they were retained. 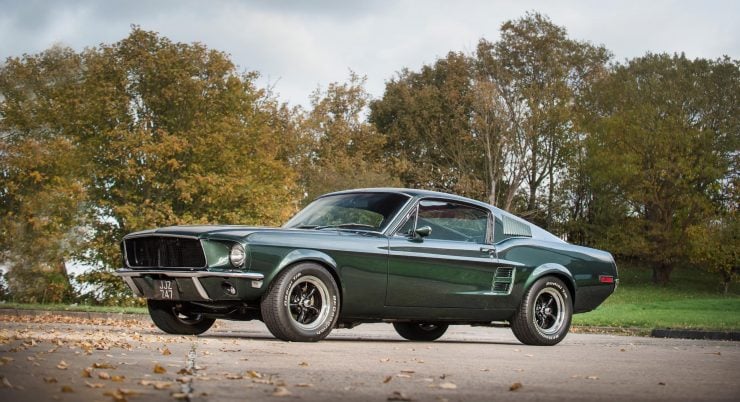 The car was painted in film-correct Highland Green metallic, with the same blacked out grille and comprehensive de-badging, with the correct American Torque Thrust wheels and a set of BF Goodrich tires.

The car’s original 380 cubic inch Big Block V8 was completely rebuilt with innumerable tuning parts to bump the power well over the stock figure of 320 bhp. Power is set back through a manual transmission through a Hurst shifter, all suspension and brakes have been upgraded specifically to handle more like the film car – and to handle the new power being generated by that V8.

If you’d like to read more about this car or register to bid you can click here to visit the listing on Bonhams, it’s due to be auctioned on the 3rd of December in London with an estimated value of between £70,000 to £90,000. 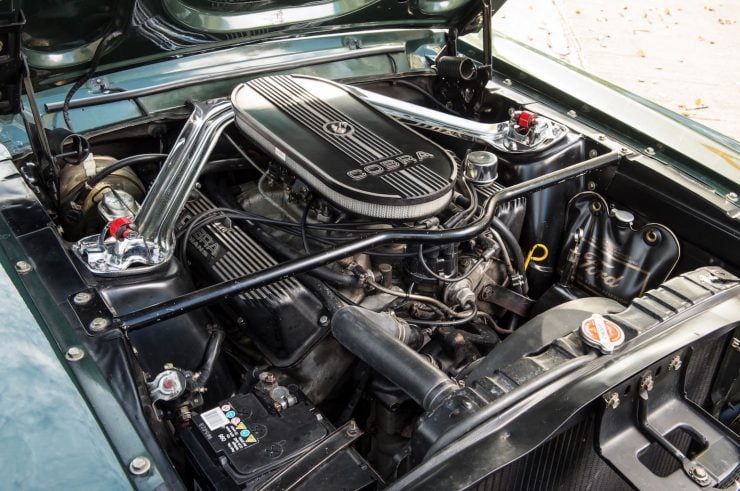 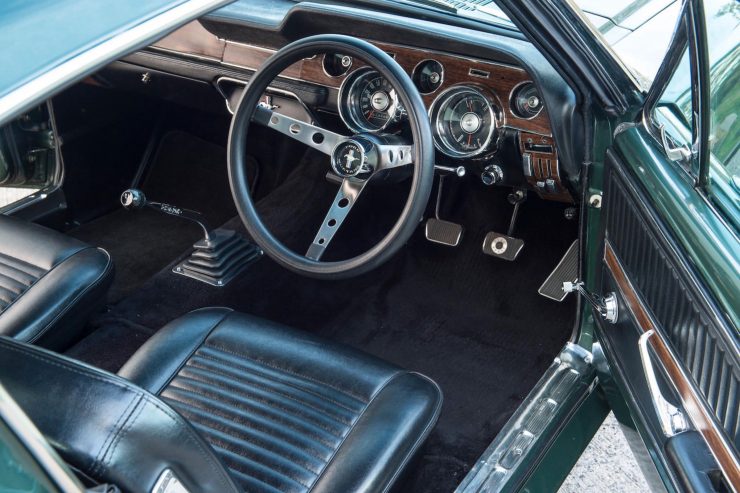 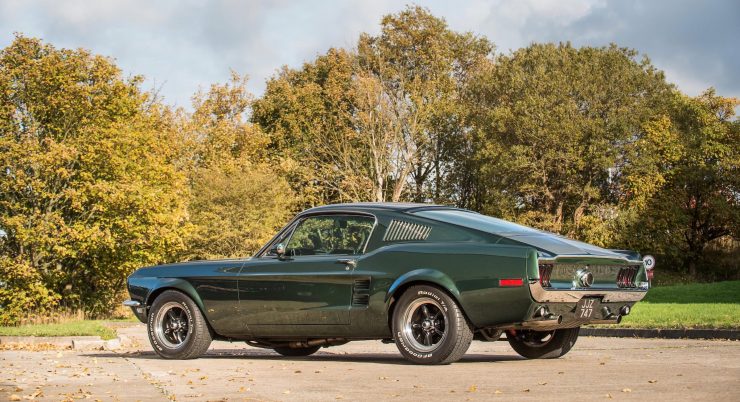 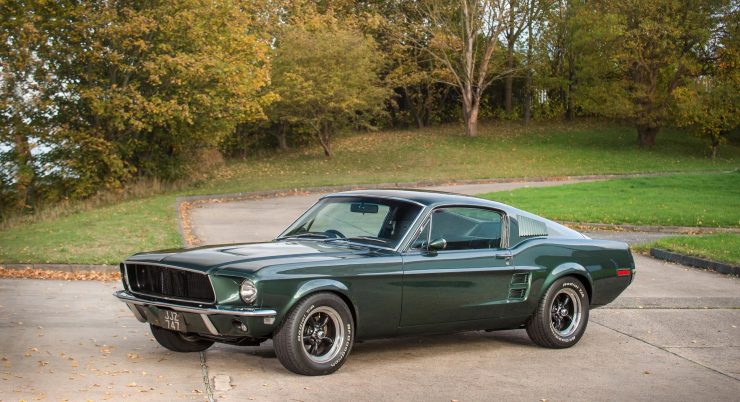 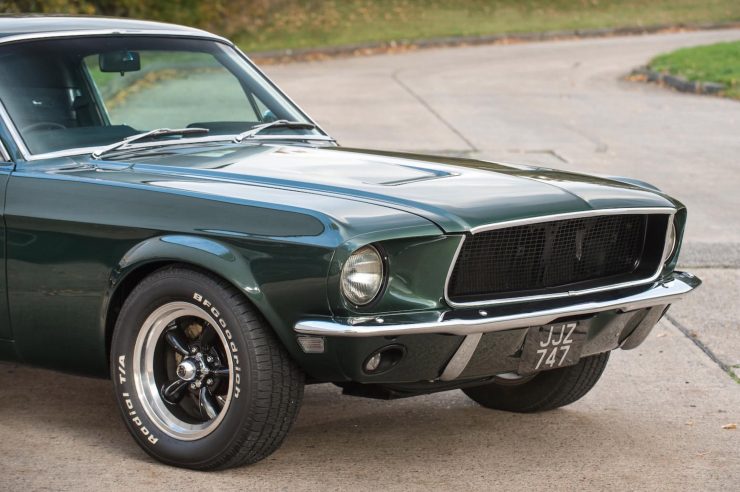 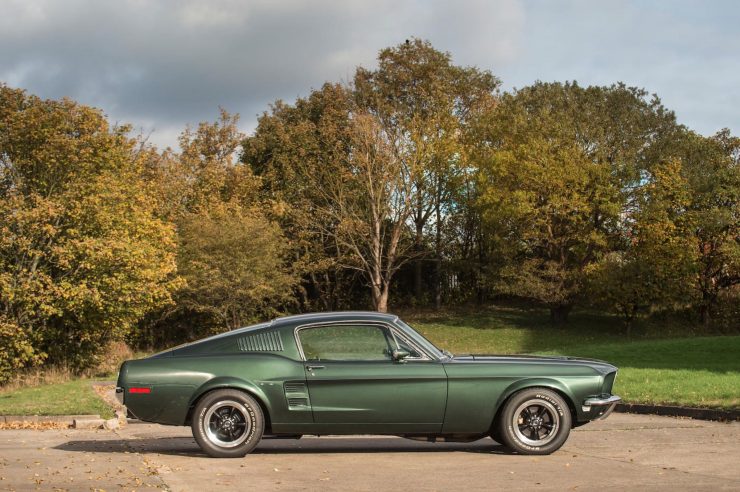 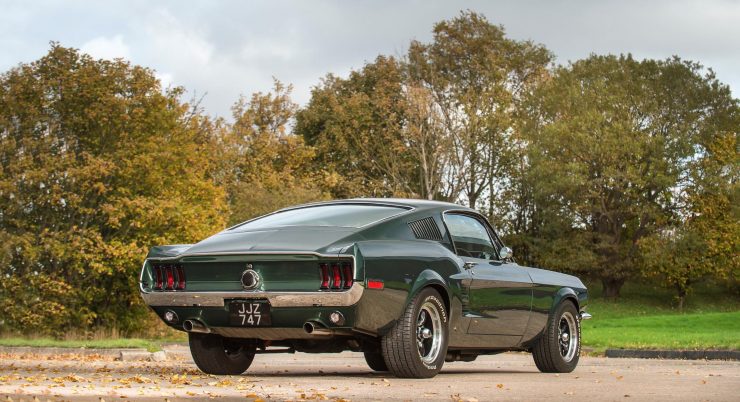 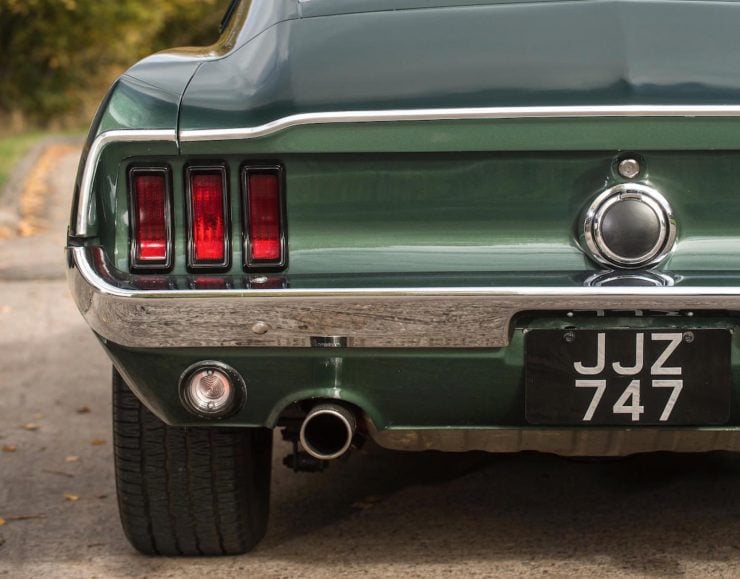 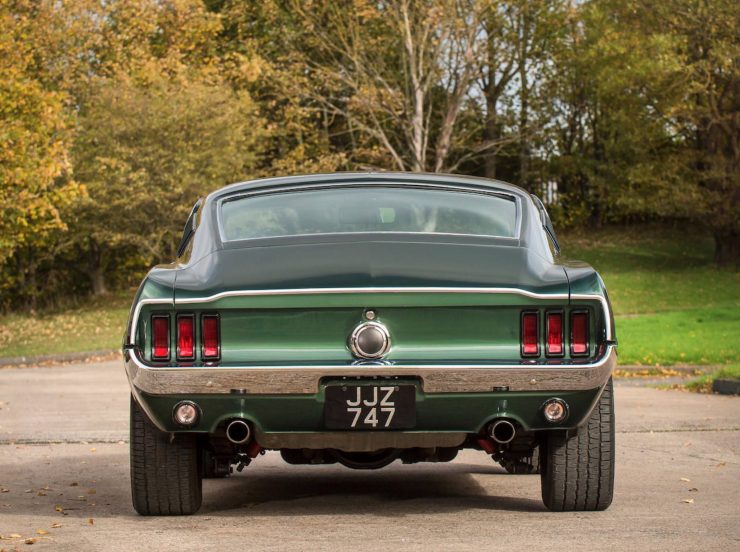 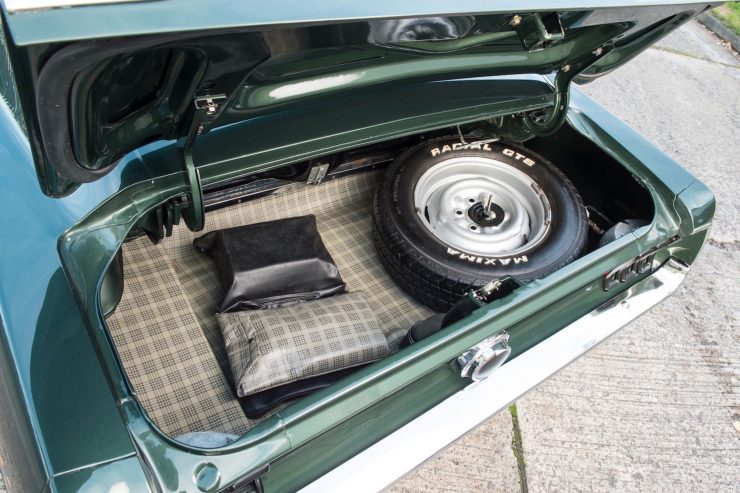 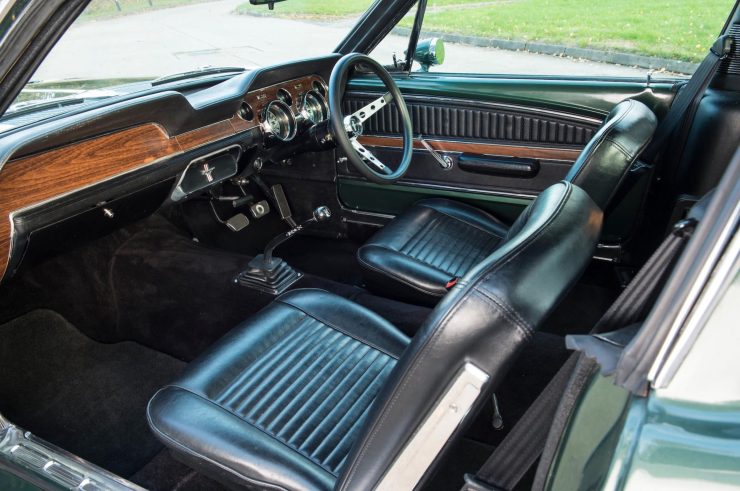 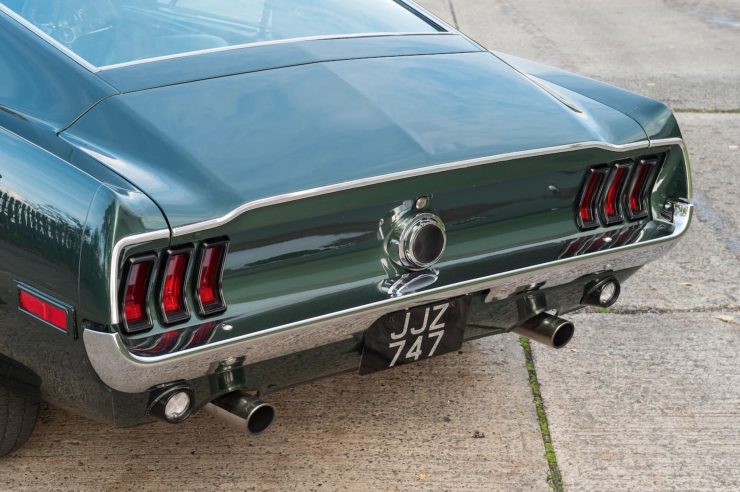 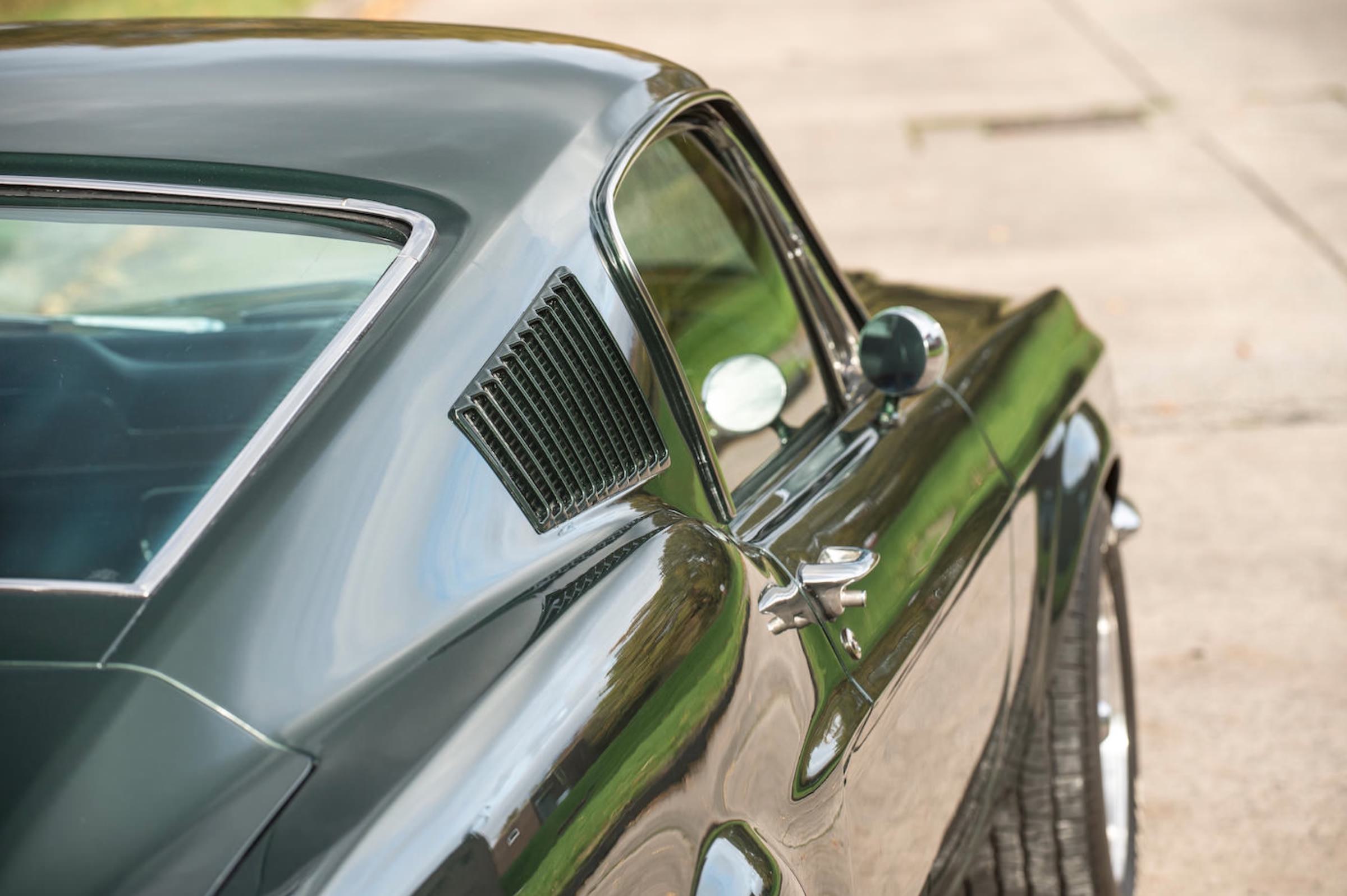