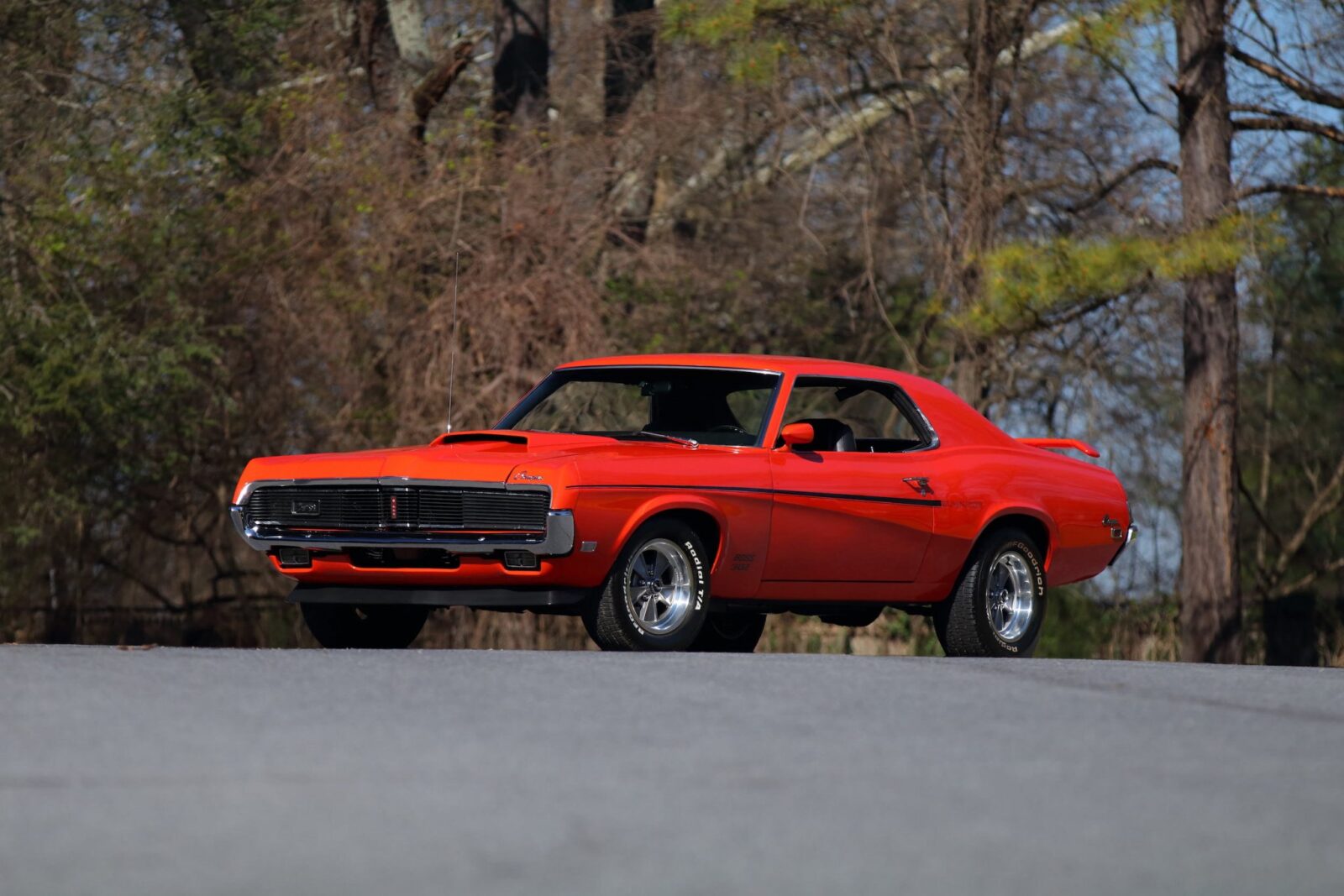 The Mercury Cougar Boss 302 is exceptionally rare even amongst other low volume American muscle cars, just 169 were built, and it’s not known exactly how many have survived to the modern day.

Mercury introduced the Boss 302 in 1969 as a special version of the Cougar Eliminator, it was marketed as an alternative to the popular Ford Mustang Boss 302. Both cars shared a common basic platform, although the body panels are all unique between the two models.

Ford had created the Mercury marque in 1938 to slot in between the Lincolns at the top end and the regular Fords at the lower end. It was a passion project of Edsel Ford – the only child of company founder Henry Ford.

By 1966 it was clear that the Ford Mustang had triggered a new and highly lucrative automotive genre – the Pony Car. The executives at Mercury were quick to capitalise on it with their own version that slotted in neatly between the already world famous Ford Mustang, and the higher-end V8 that was the Ford Thunderbird.

Perhaps the most distinctive element of the first generation Mercury Cougar is the blacked out front grill with its hidden headlights. The black covers flip up using a vacuum system, and they proved to be very popular with buyers looking for something a little different to a Mustang, a Camaro, or a Barracuda. 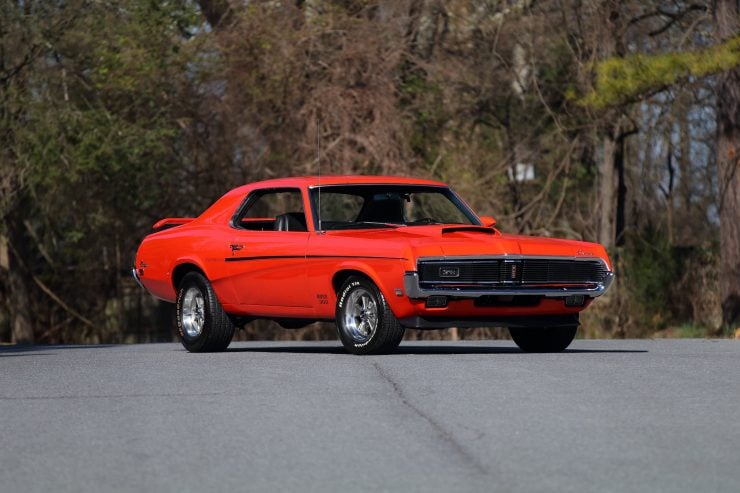 The rarest Eliminator was the Boss 302 variant, it included all the perks of the regular Cougar Eliminator with the addition of the high-performance 290 hp 302 cubic inch Boss V8 borrowed from the Mustang.

Engineers at Ford built the high performance 302 V8 by combining the Ford Windsor 302 cubic inch motor and pairing it with the Ford Cleveland (351 cubic inch) heads. Cleveland heads had larger valves, larger ports, and the same basic bolt pattern as the Windsor – although the passages for coolant did have to be modified slightly. In road-going trim this new engine could produce 290 hp at 5200 rpm with 290 lbf.ft of torque at 4300 rpm, however it could be revved right the way through to 6250 rpm.

Customers who ordered the Boss 302 package had no choice but to have it paired with a close ratio 4-speed transmission and a 3.50 Positraction rear end. Power front disc brakes also came as standard, as did staggered rear shocks, 31-spline axles and nodular iron case, a rev limiter, and an 8000 RPM tachometer.

The car you see here is one of the 169 original cars from 1969, it was sold new at Duick Lincoln Mercury in Bowling Green, Kentucky and it’s still wearing its correct Competition Orange paintwork with the correct black interior. It’ll be interesting to see where the bidding ends up when it rolls across the block with Mecum on at the Indianapolis Auction in May, if you’d like to read more about it or register to bid you can click here to visit the official listing. 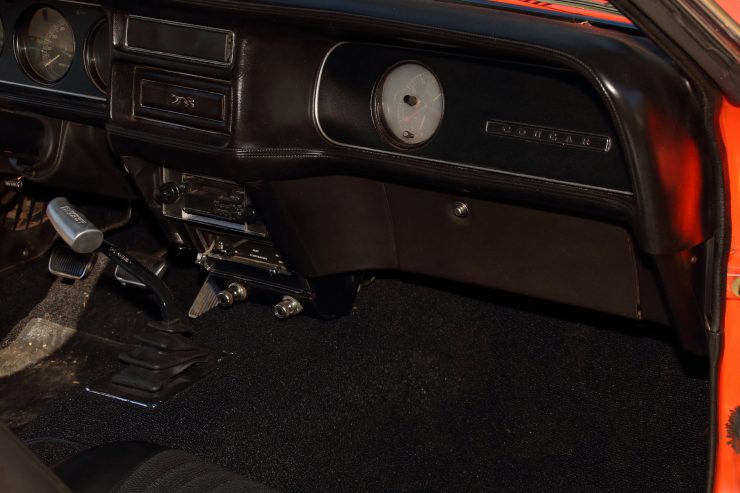 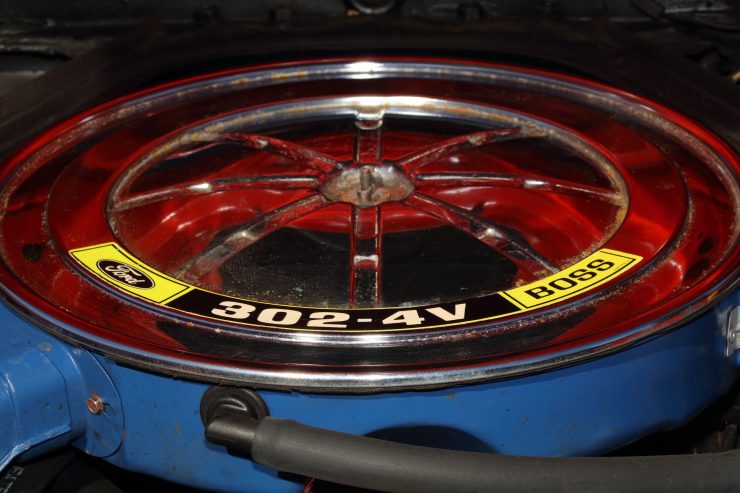 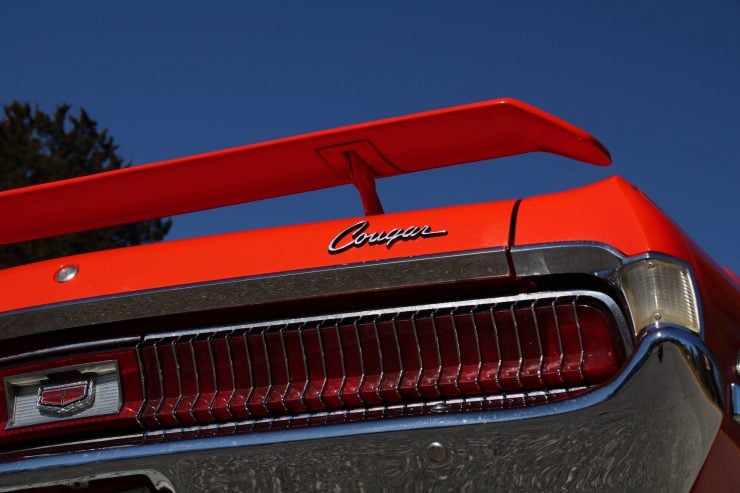 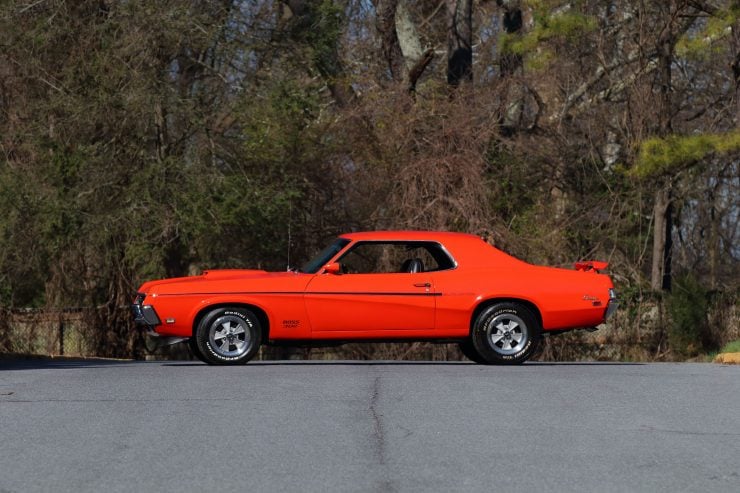 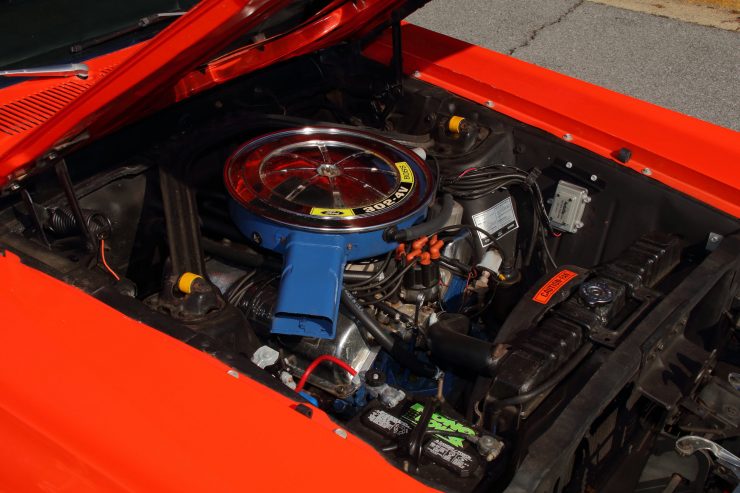 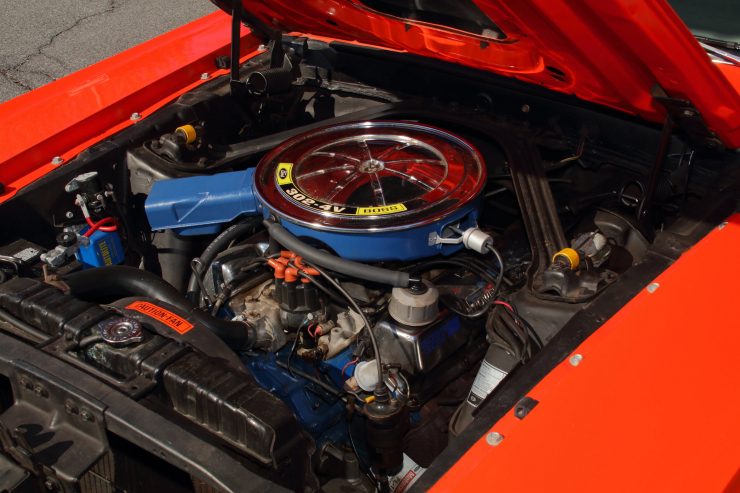 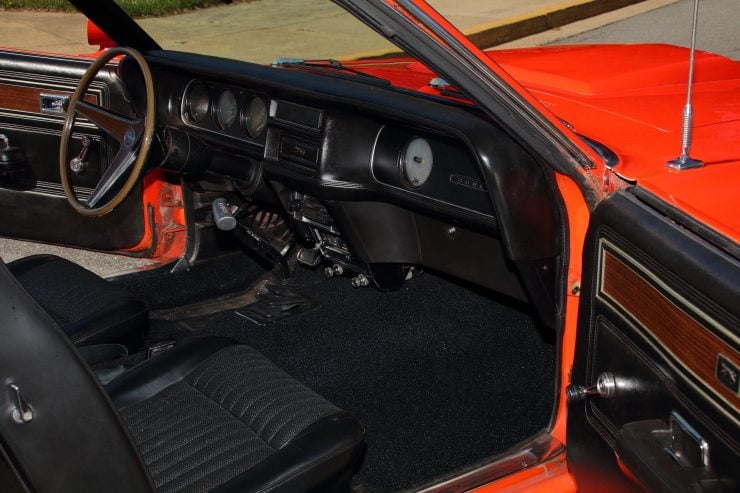 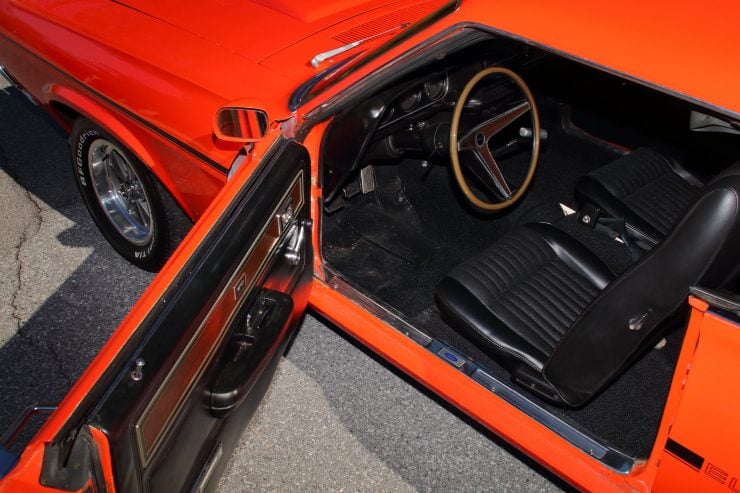 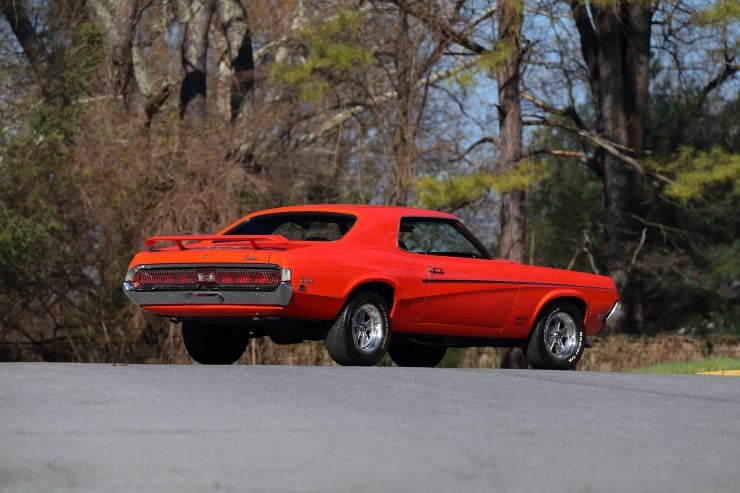 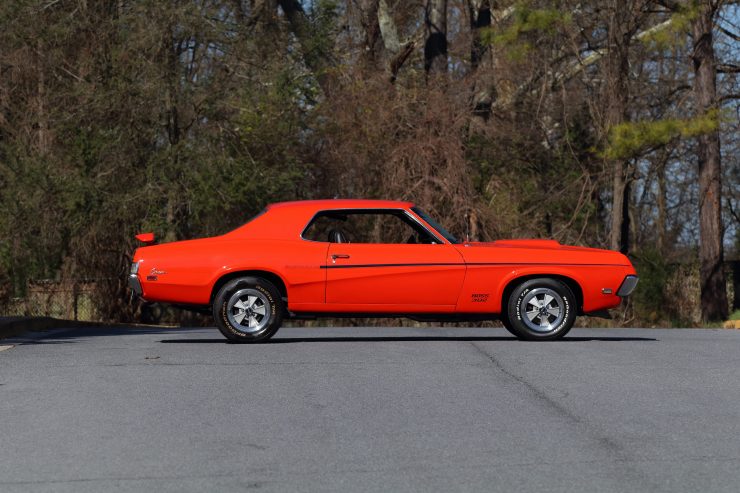 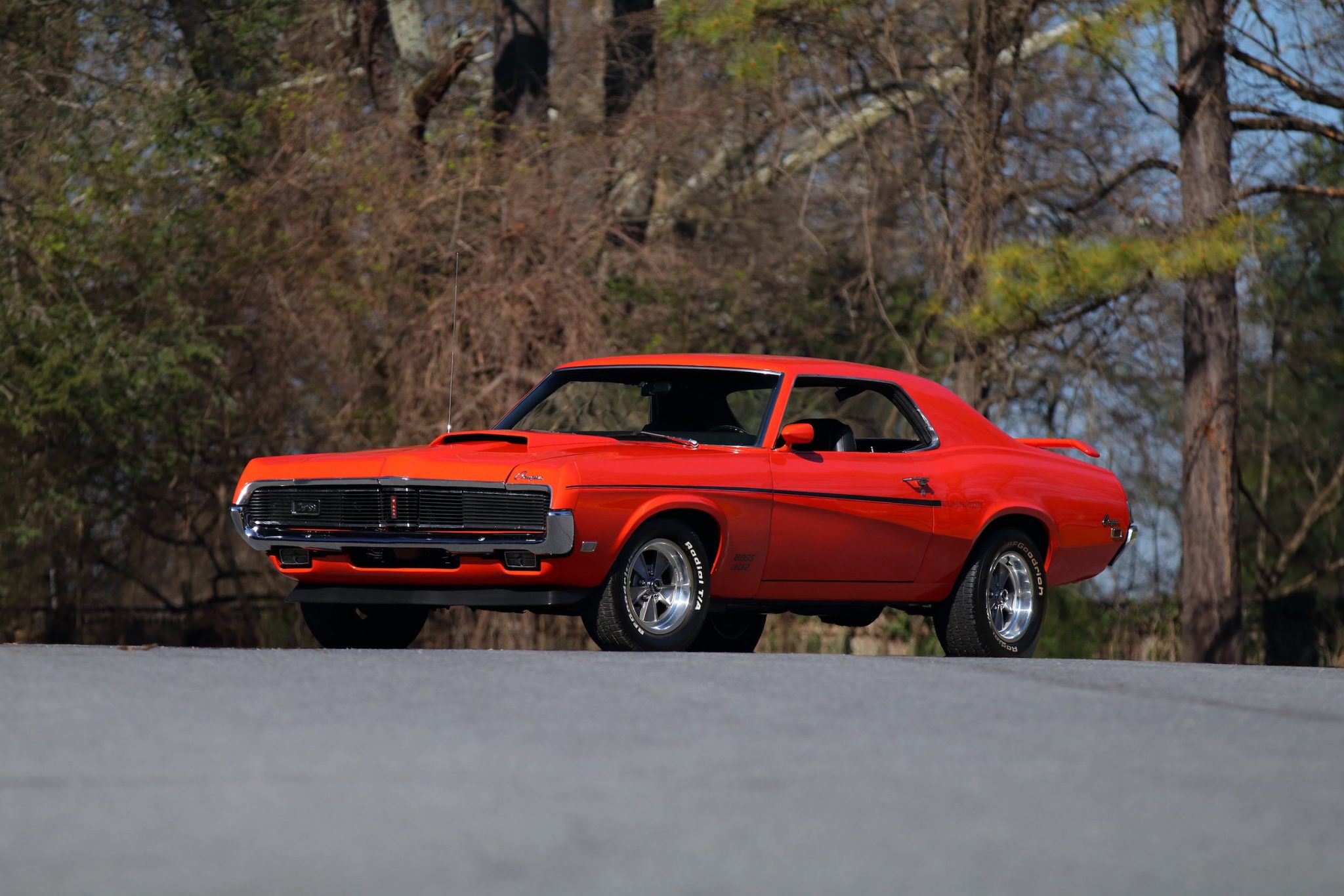