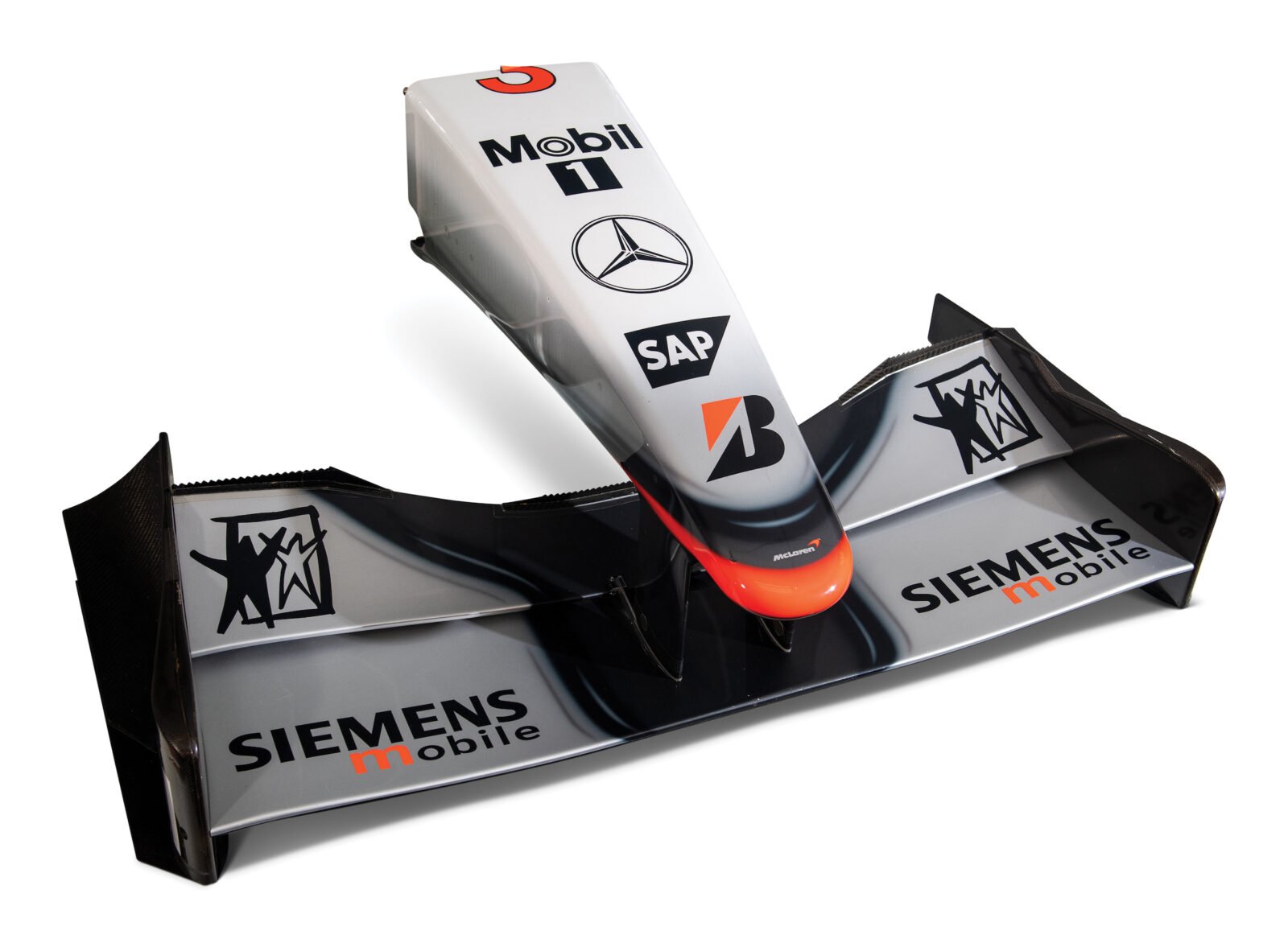 This McLaren Mercedes MP4-16 nose cone was used by the great Mika Häkkinen during the 2001 season, winning four Formula 1 races, including Brazil, Australia, British, and the United States Grand Prix. McLaren finished the season with 102 points, taking a hard fought second place in the Constructors’ Championship.

Häkkinen is widely regarded as one of the quickest drivers of his era and he’s one of very few drivers who have gone toe to toe with Michael Schumacher and come out on top. Schumacher himself later said that Häkkinen was his toughest rival, quite the compliment coming from a man who also raced against Senna, Prost, and Mansell.

Mika Häkkinen one the 1998 and 1999 Formula 1 Drivers’ World Championship for McLaren, helping the team take the Constructors Championship at the same time. In the 2001 season Häkkinen suffered a slew of mechanical failures which severely hindered his chances of winning the championship, he would beat the odds by taking two victories – they would be his last in F1 before his retirement in 2002. 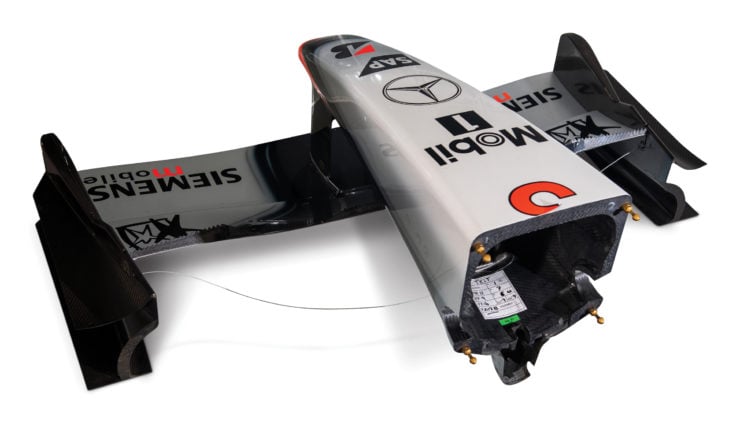 The nose cone for the MP4-16 is designed to be quickly removable, it includes the full front wing of course and it could be changed during pitstops within 5 seconds or less. F1 front wings often incur damage when cars are close and battling for position, the wing typically connects with the rear tire of the car in front resulting in a shower of carbon fibre shards and sometimes a puncture for the sparring partner.

RM Sotheby’s estimate that this nose cone will sell for between $4,000 and $6,000 USD, it’s being offered with no reserve and you can click here if you’d like to bid or read more about it. 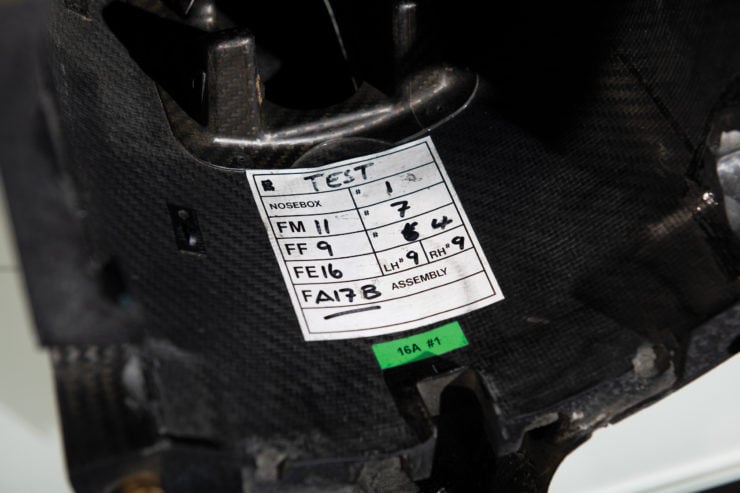 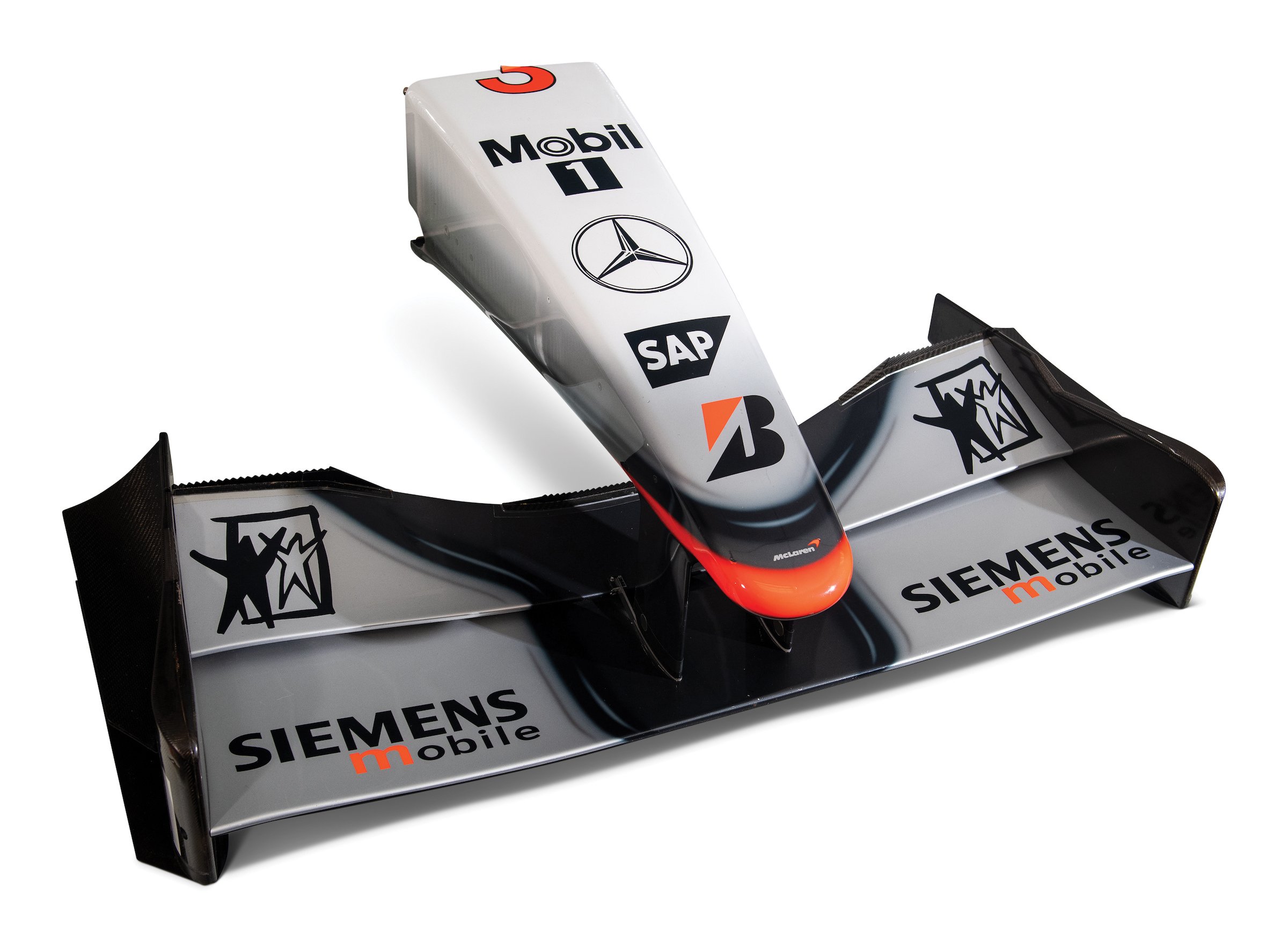