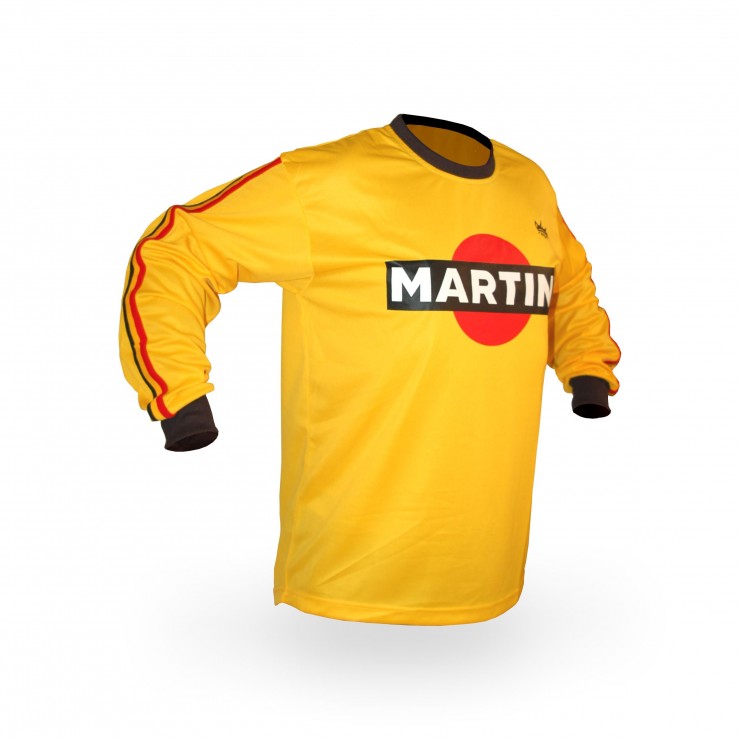 The retro MX jersey collection over at Reign VMX is one of my favourite recent discoveries, the jersey you see pictured above is the classic Martini design worn by men like Roger DeCoster and Joel Robert in the early ’70s.

Each one is made using modern micro-birdseye vented, moisture wicking fabric with period-correct foam padded elbows and a drop-tail cut in the back to keep your jersey tucked in. They’re designed to fit over standard MX armour and they look a damn sight better than the fluorescent green ‘Monster Energy Drink’ labelled nonsense that you see in modern MX competition. 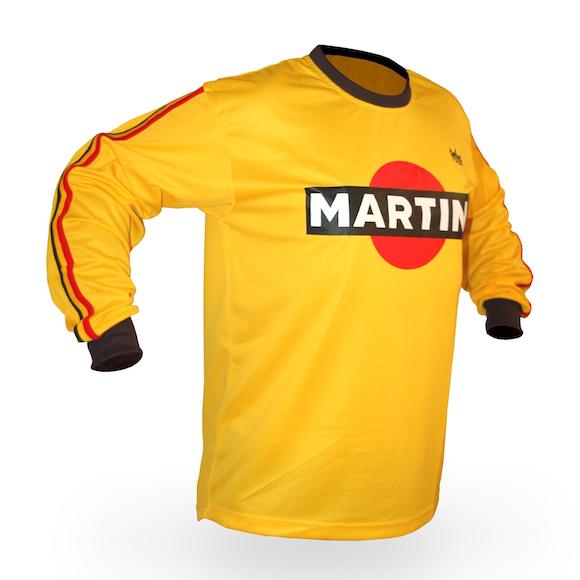