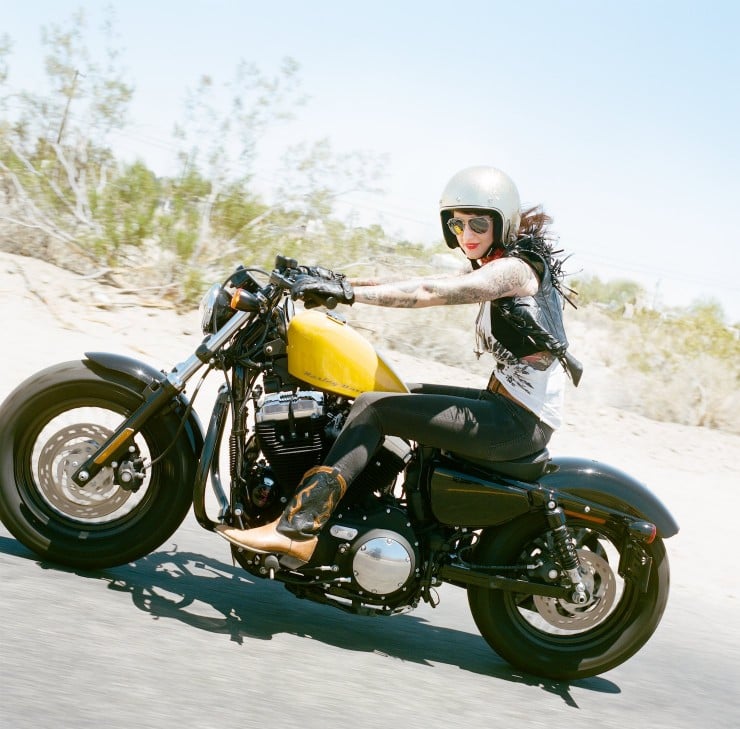 The Women’s Motorcycle Exhibition by Lanakila MacNaughton is a photographic exhibition centred around female motorcyclists, I’ve included some of her images here to give you a glimpse of what you’ll see at the brick and mortar exhibition on the 22nd of December at the Riverside Art Museum in Riverside, California.

There are due to be additional shows in other locations and if you’d like to contact Lanakila about hosting an exhibition, you can visit her website here. 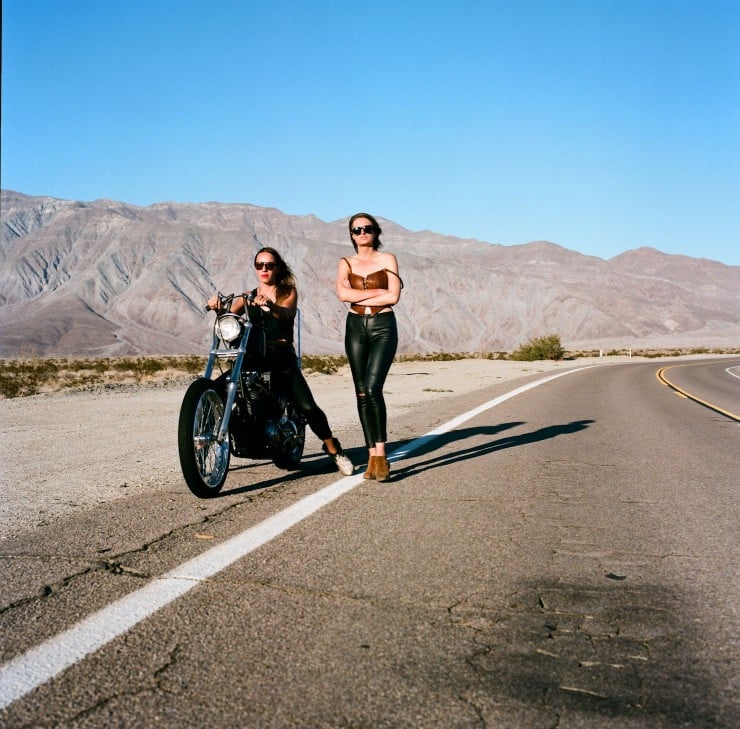 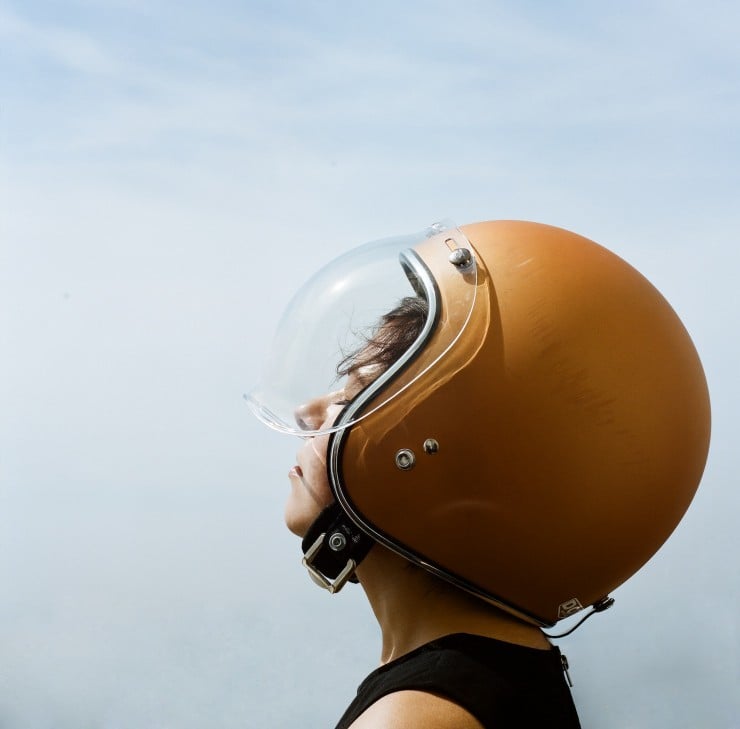 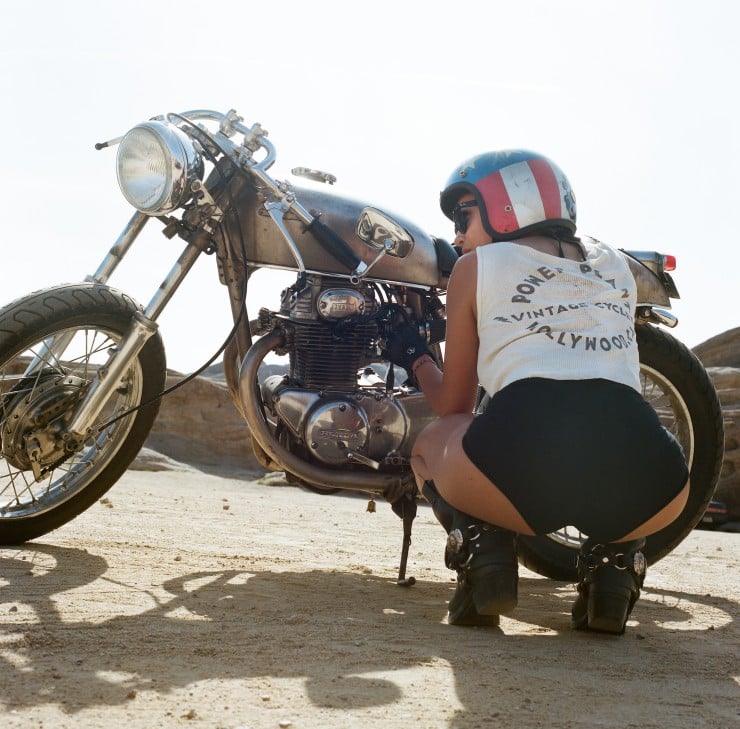 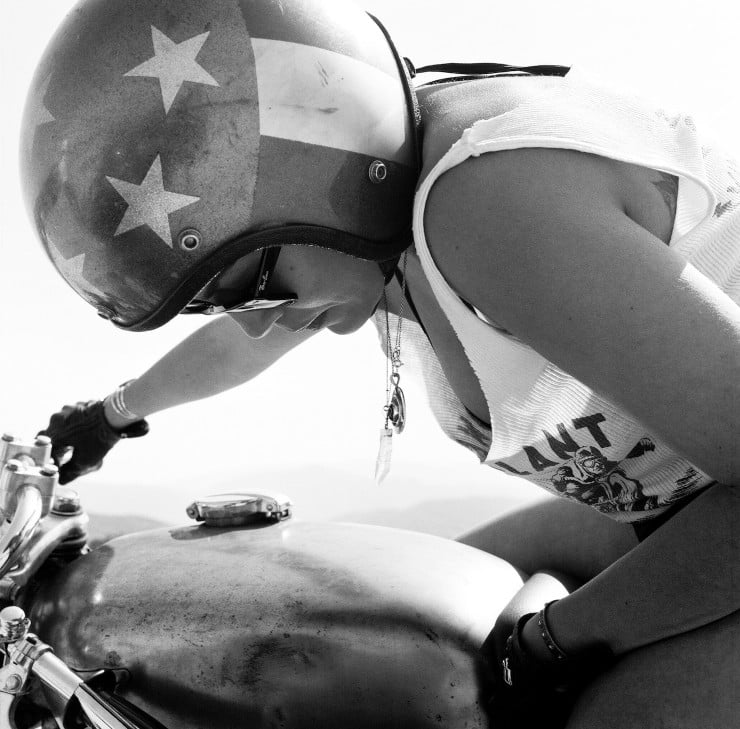 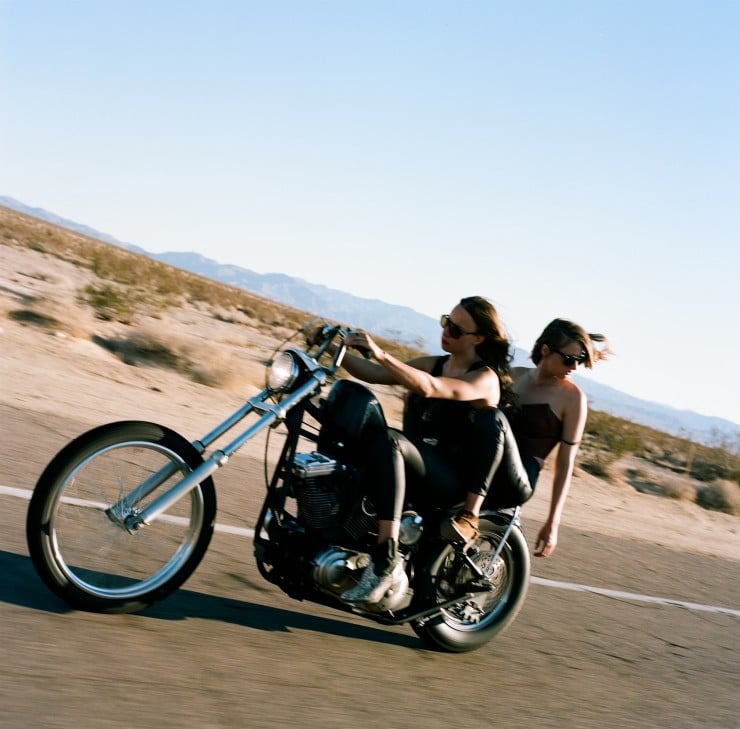 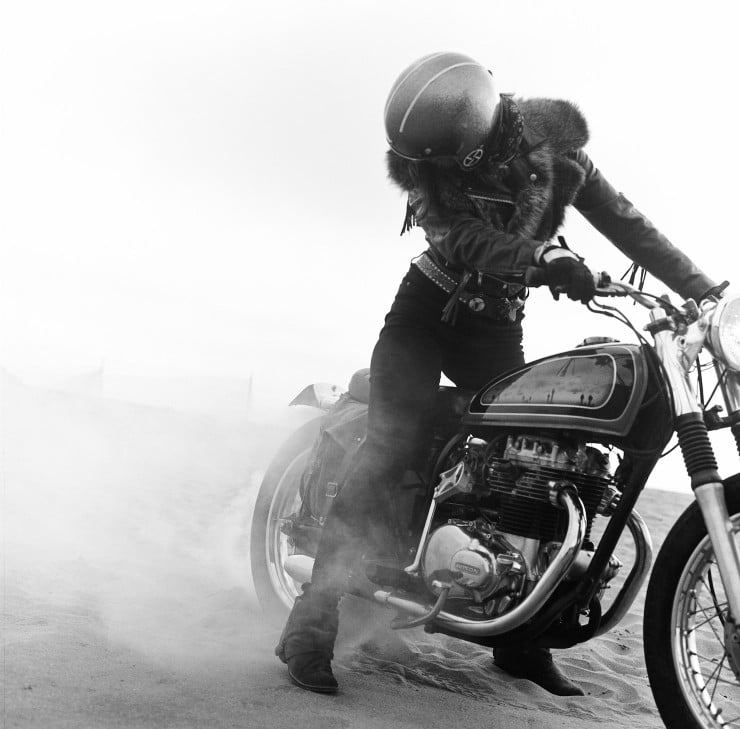 My name is Lanakila MacNaughton. I was born and raised in Portland Oregon. My mother was a florist and my father a builder. I was immersed in the arts early on by my mother who studied art history in college and was very passionate about all mediums and forms of visual expression. I picked up my first camera by the age of 17, a Nikon D50. From there I started experimenting with film and lighting. I shot for 2 years only on a Holga which is a toy camera, still to this day one of my favorite cameras. I gradually moved up to a Hasselblad CM, a medium format 60 year old manual camera. The entire show is shot on my Hasselblad CM because of the richness in tonal value, grain, and clarity from this amazingly engineered machine.

Once I started riding I was eager to meet other women in my community who rode, but couldn’t really find any. Most of the girls I heard that road around town mainly road with their boyfriends which I thought was super lame! I was eager to find, meet and connect women in the community. The women that I did meet blew me away, they were and are independent, strong, courageous women. I was inspired to create The Women’s Motorcycle Exhibition to represent these fearless women who have been unacknowledged in our culture and media. The show is a vehicle to promote women motorcyclists as liberated, passionate and fearless riders rather than just an ornament standing perched naked on a bike.

The women riders in the show blow me away. There are hundreds of sexy, strong fashion conscious women with attitude and drive, hidden in every city, my goal is to find them. The show is a traveling exhibition because I want to draw out and connect women from different cities and countries to create a stronger sense of community amongst women riders. The women riders I have met through the show all have the same passion for life, enthusiasm for motorcycles and a desire to create memories with like minded women.

All images copyright © Lanakila MacNaughton. Not to be reprinted or published without full attribution.