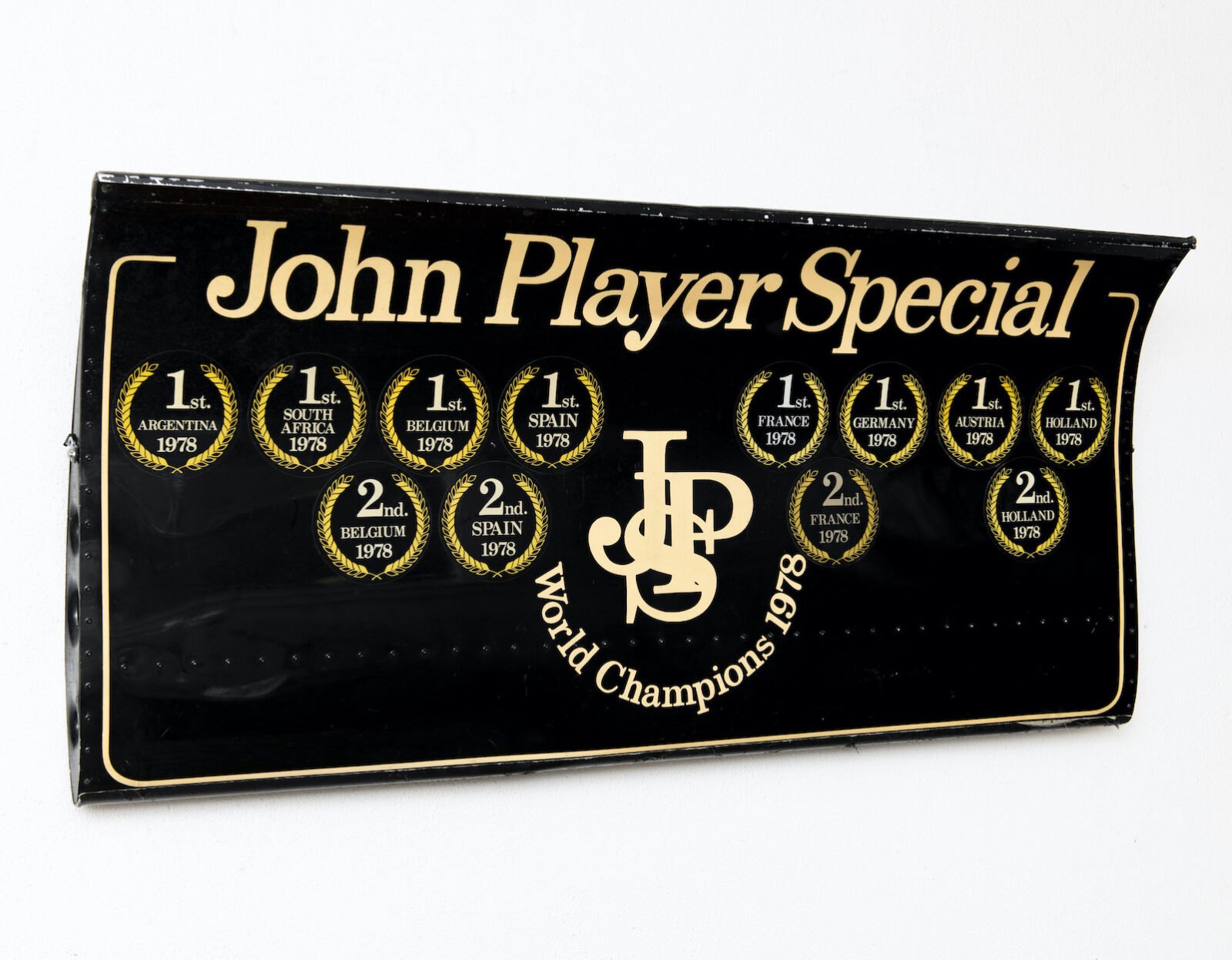 This was the rear wing fitted to Mario Andretti’s ill-fated Lotus 79 Formula 1 car, the same car he used to set the pole position for the 1978 United States Grand Prix in front of the jubilant 150,000 strong home crowd at Watkins Glen.

Unfortunately on the final warm up lap before the race Andretti spun the car into the barriers, forcing him to race back to the pits and use the team’s backup car for the race.

This backup car would develop brake problems early on, and would later retire with a blown engine. It wasn’t all bad news for Andretti however, as he had already secured the points to win the Drivers’ Championship at the preceding race in Italy.

The segregation between Formula 1 fans and the teams was considerably less rigid than it is today, and as a result Lotus was known for auctioning off parts of their cars to fund race after parties.

Above Video: Top Gear presenter Chris Harris putting the Lotus 79 through its paces and sharing insights about what made the car so special.

This wing was removed from Andretti’s wrecked Lotus 79 and sold off to the highest bidder after being signed by Colin Chapman, Mario Andretti, and “Miss Hurst” Linda Vaughn.

Sadly Andretti’s signature has faded away over time but he’s still a regular fixture at many vintage race meets, so getting him to sign it again likely wouldn’t been too difficult for an enterprising new owner.

The wing remained in the ownership of the same family to the current day, it’s now due to be offered by RM Sotheby’s in early August with out reserve, with a price estimate of $10,000 to $20,000 USD. 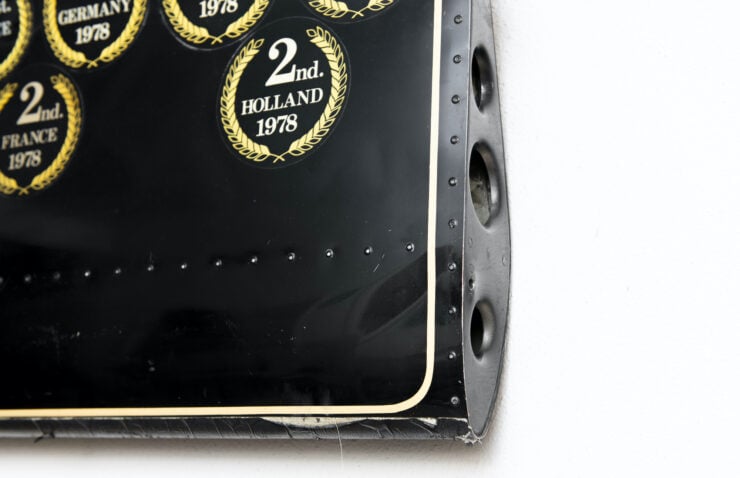 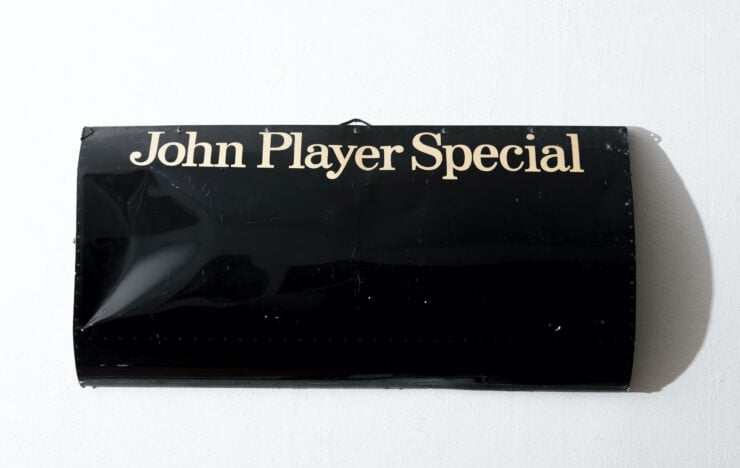 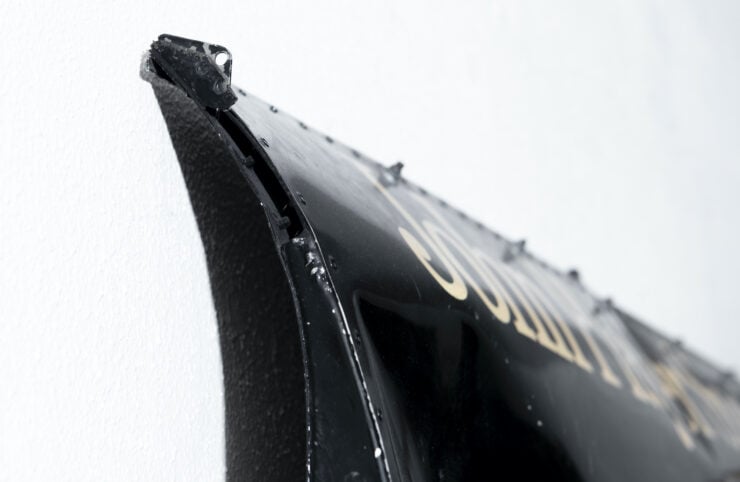 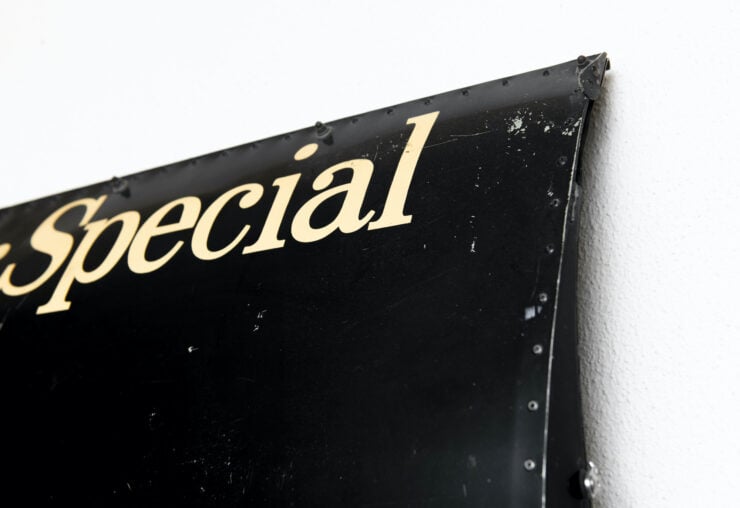