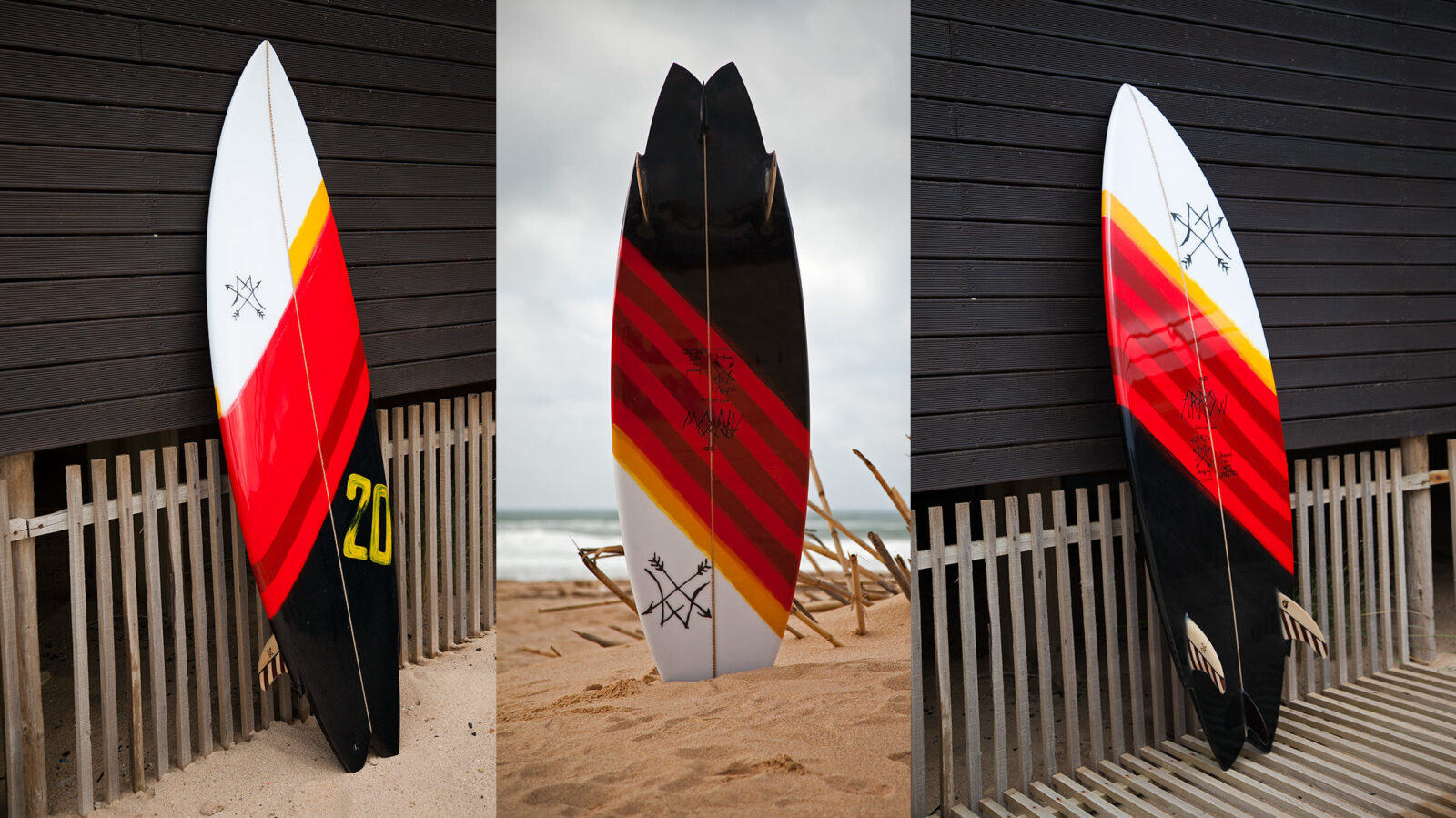 The Maria Riding Company was founded by a group of friends to create custom motorcycles, surfboards, skateboards, motorcycle helmets, and a wide range of other gear – all of which celebrates counter-culture, adventure, and the great outdoors.

Based out of Lisbon, Portugal, the team at Maria are avid surfers and motorcyclists, living a west coast California lifestyle on the west coast of an altogether different continent.

The Arrow Miccosukee Surfboard was shaped by Nick Uricchio to take advantage of the inherent qualities of a traditional fish tail surfboard design. The “Arrowtail” fins are made from a selection of different woods, contributing to the board’s excellent handling, and ability to tackle a wide variety of waves.

The Arrow Miccosukee is 6 feet long, and it uses the tried and true fiberglass over foam construction, with a plywood spine for additional rigidity. 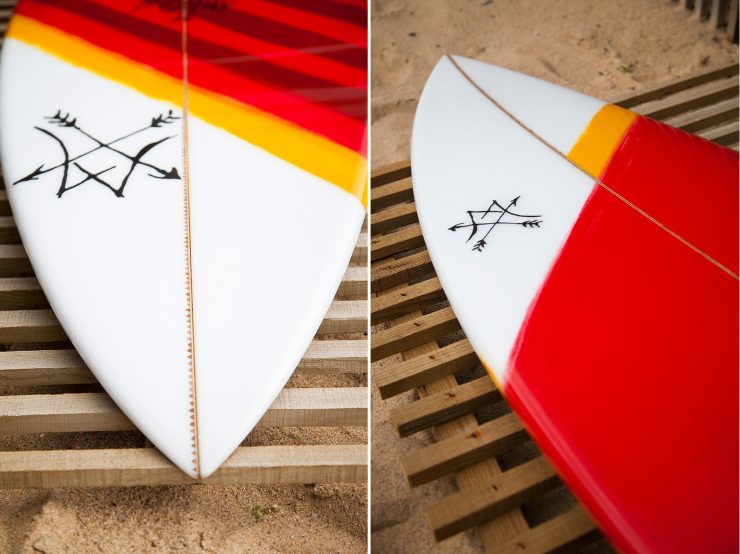 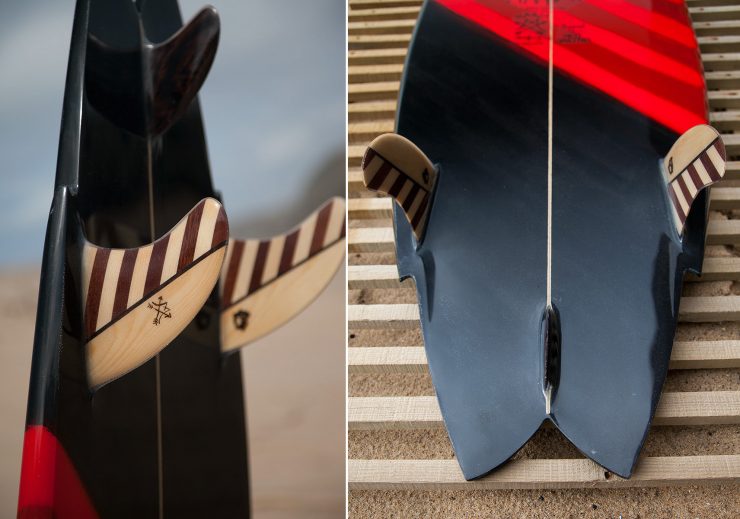 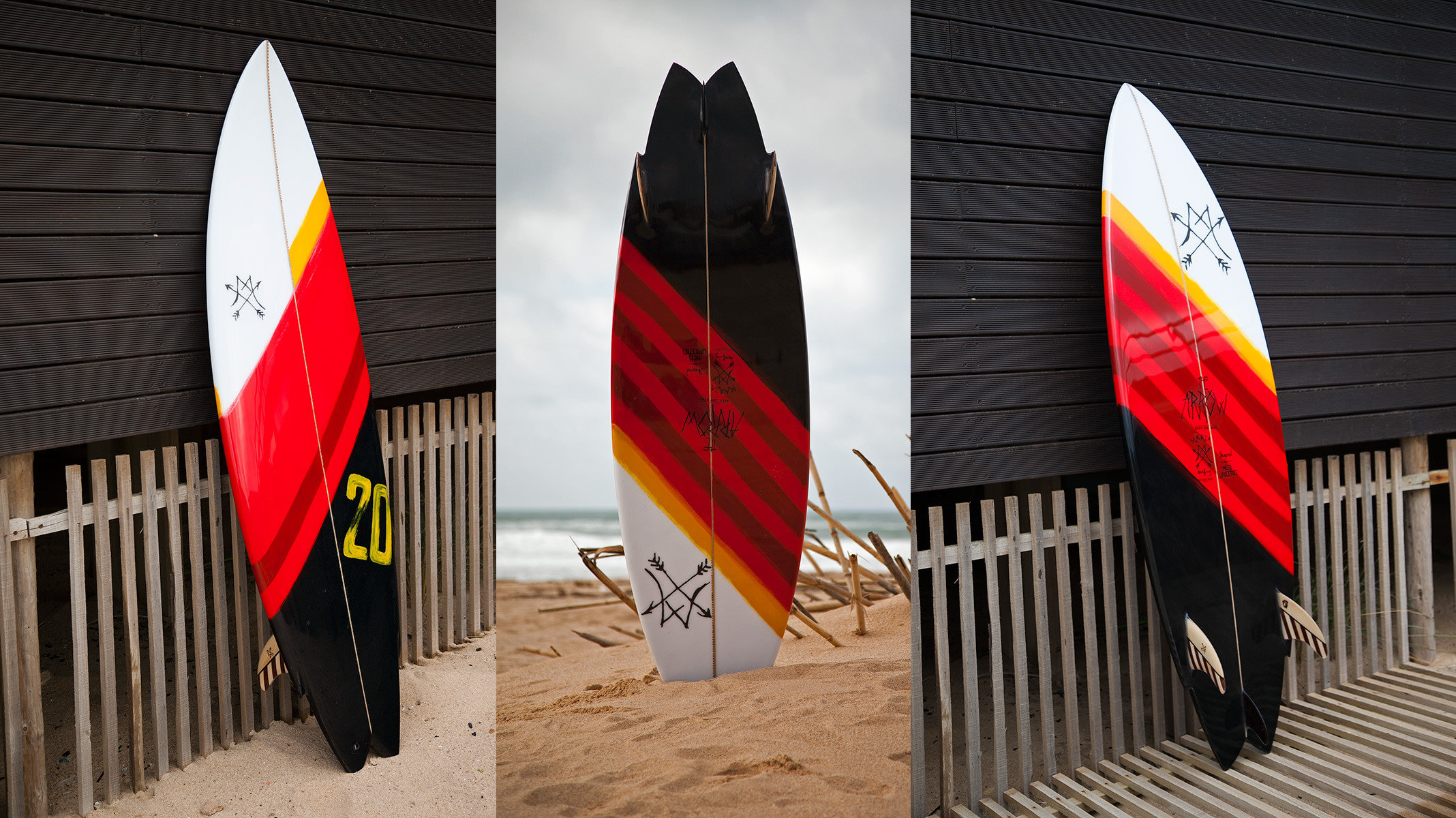