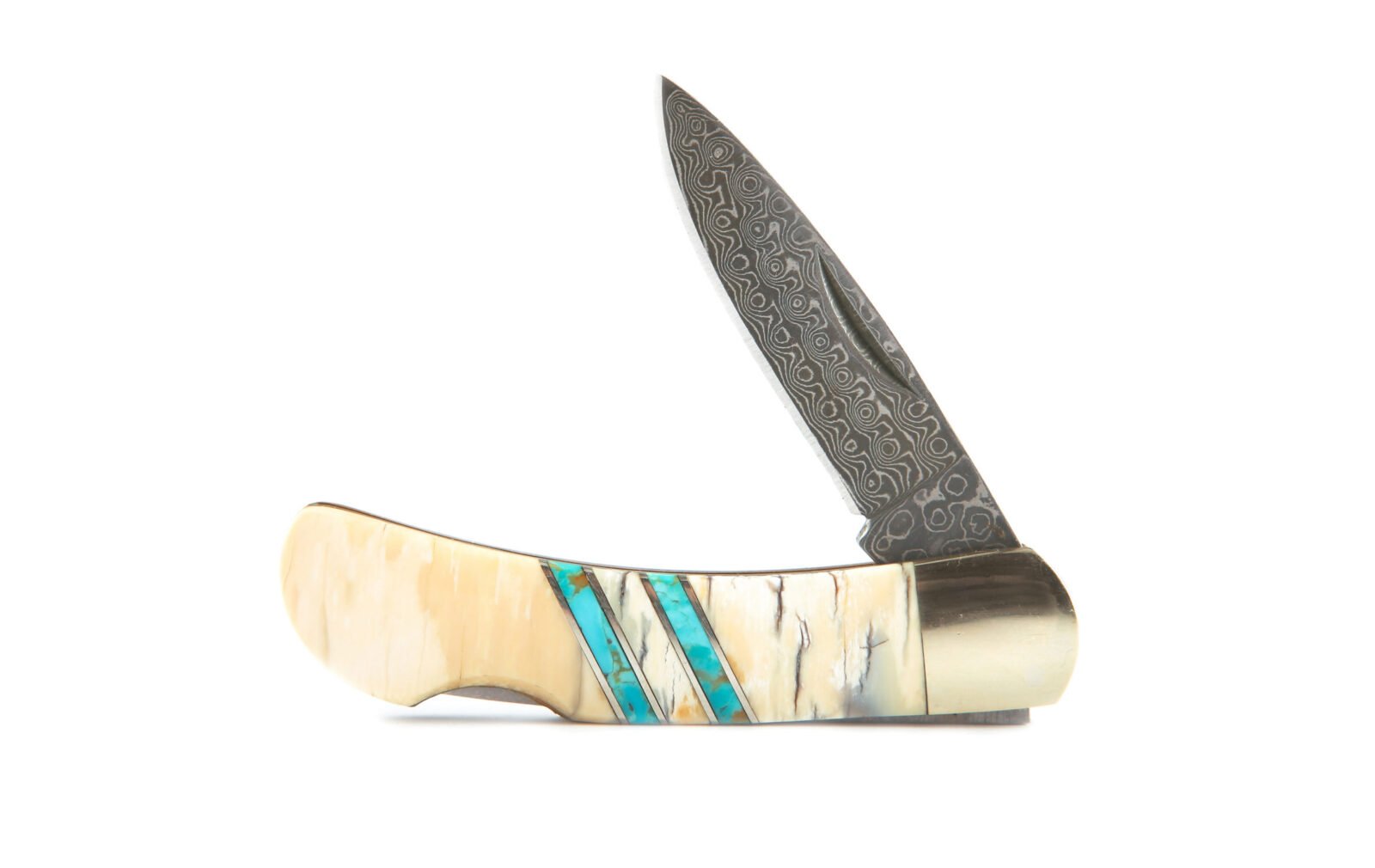 This pocket knife by Santa Fe Stoneworks is made in the USA with an authentic woolly mammoth tusk and turquoise handle, it also has a Damascus steel blade famed for its ability to hold a razor sharp edge.

Damascus steel originated in Asia in (approximately) the 3rd century AD, “wooly” steel ingots were made in India and then transported to the Near East where they would be formed into swords. These swords were legendary and highly sought after, they were the lightsabers of their day, and warriors would trade a small fortune to own one.

Damascus steel is known for its unusual pattern, caused by carbon layering in the metal resulting in a series of black and silver swirls. This added carbon means the blades are resistant to shattering but are excellent at holding a sharp edge.

Santa Fe Stoneworks make all of their knives in the USA, each is built to heirloom quality and can be used daily for decades.

This knife has a genuine woolly mammoth tusk handle on one side featuring two turquoise inlays, the reverse of the knife handle is polished dark wood, and the blade is 16-layer Damascus steel measuring in at 3″ long.

The woolly mammoth tusk can be anywhere from 10,000 to 200,000 years old, though they’ve been extinct for approximately 4,000 years there is a movement to bring them back using DNA, with modern African elephants acting as the surrogates.

All of the gear made by Santa Fe Stoneworks make great daily carry pocket knives, they’re built to last the test of time and make excellent heirlooms and gifts. 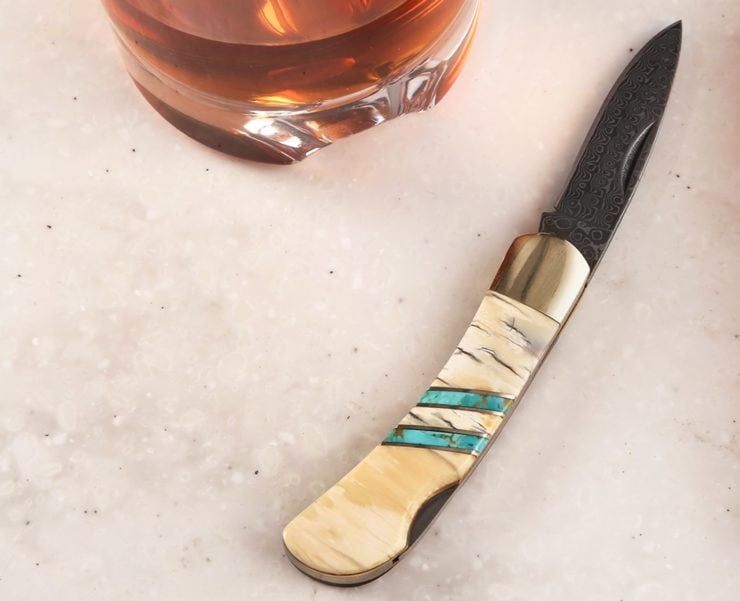 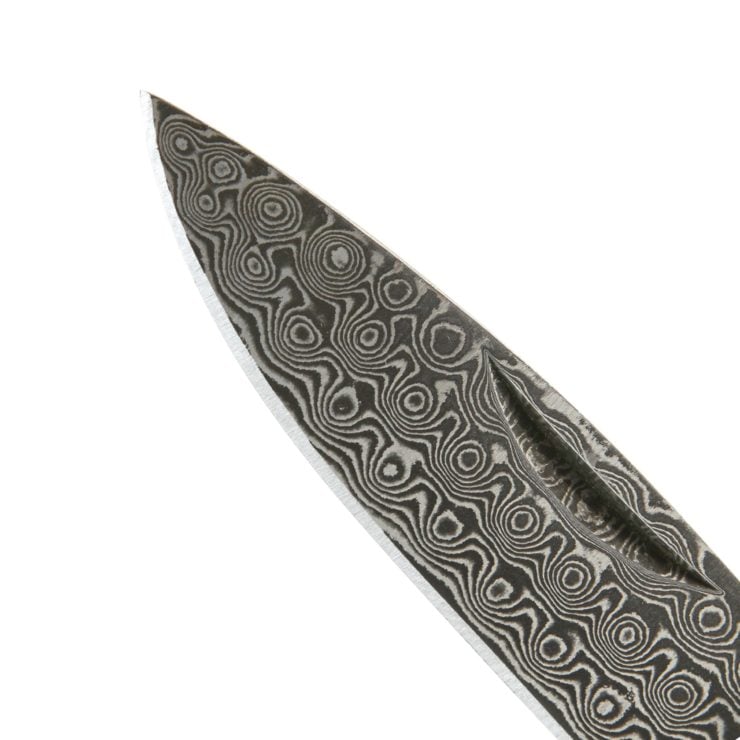 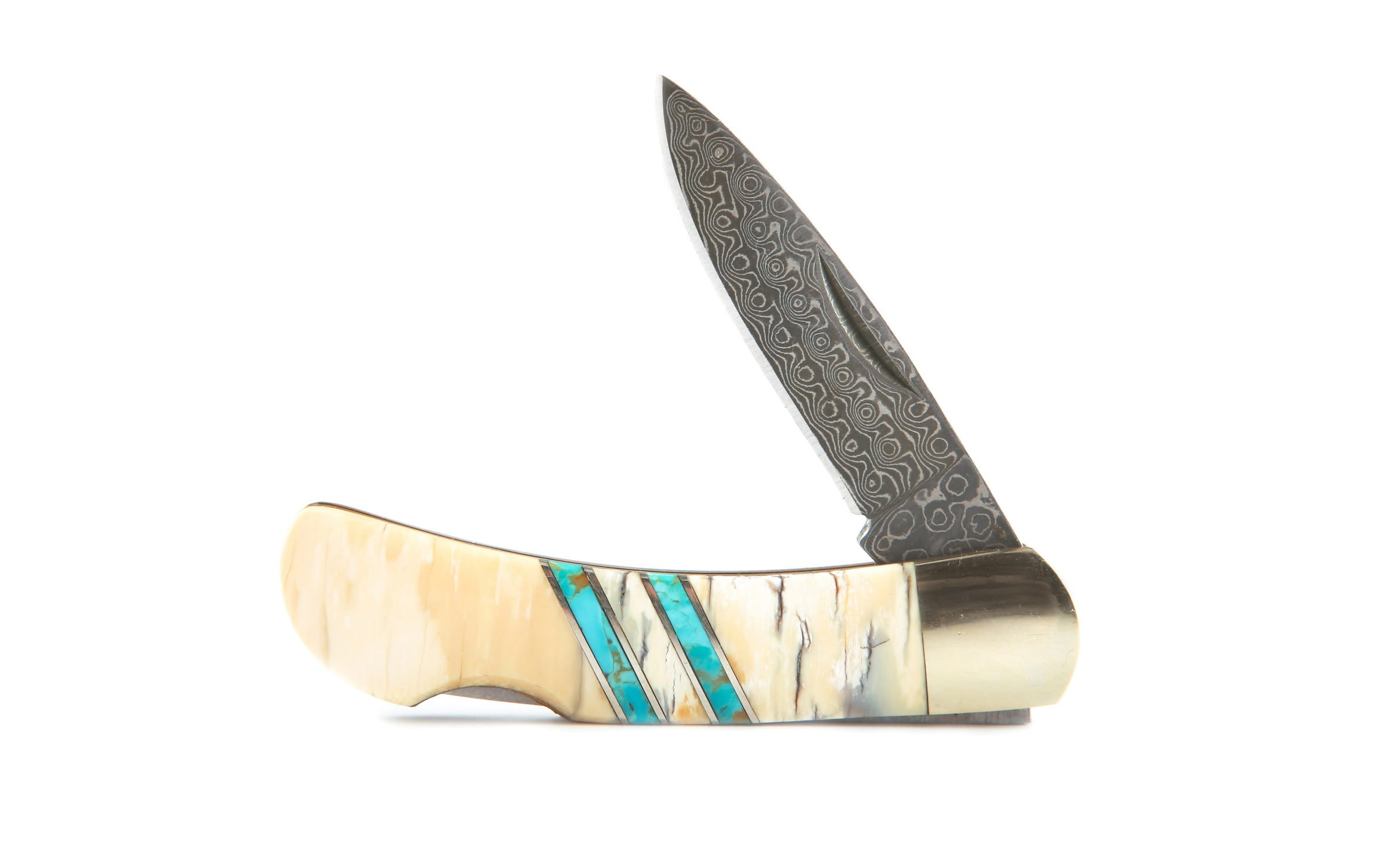