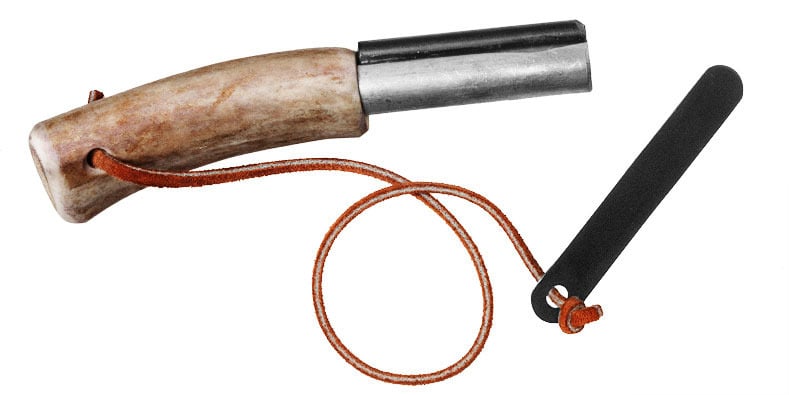 Kaufmann Mercantile is one of those online stores that I can spend hours browsing, it’s almost like an alternate reality where cheap, Chinese goods don’t exist and everything is handmade by artisans in Europe or North America.

This magnesium and flint firestarter costs $36 USD, a seemingly cheap price tag for something than can kick off magnesium shavings that burn at 5,610°F (3,098°C) sizzling through water and damp kindling. Firestarters like this are worth having handy, they’re waterproof, they have no expiry date and nothing makes you look cooler than lighting a fire like some sort of Palaeolithic Bear Grylls.

Buy it here via Kaufmann Mercantile.