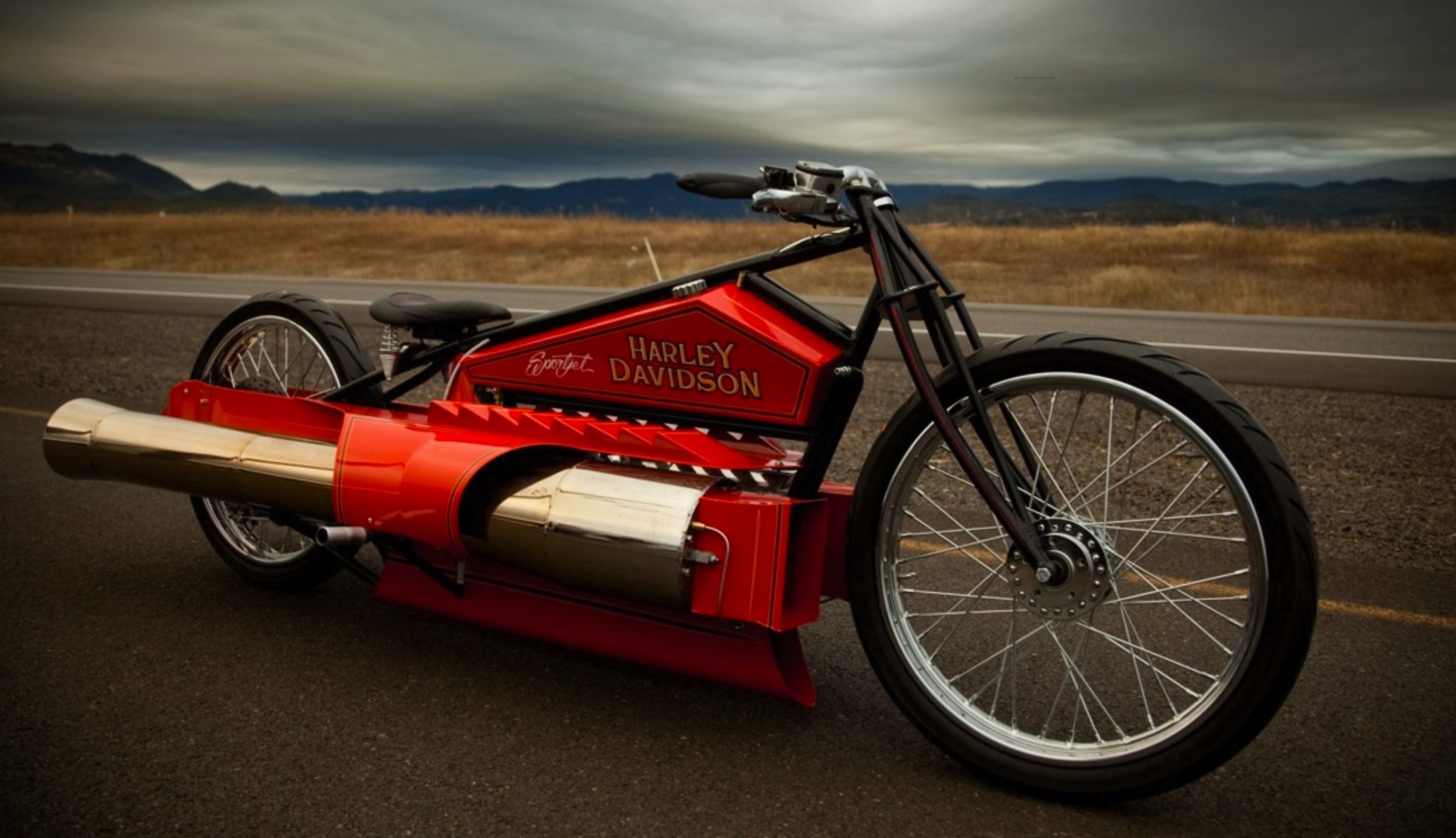 Imagine if, for just a smidge over $1,000 USD, you could build a pulse jet engine in your garage, strap it to the vehicle of your choice, and blast off into the sunset. If this sounds like exactly the sort of batshit crazy idea that would appeal to you, I have good news. A man they call Maddox has your back. For $1,015 he’ll send you a kit that you can build with basic tools in your shed or garage. If you’re a metal-working god he also has plans for sale at just $39.95.

Sounds like a fun project to me. Plus after you build it and ride around the neighbourhood you’ll become an instant celebrity and from then on people will refer to you as “the crazy guy who built a jet powered motorbike”. Not a bad moniker.

Robert Maddox is an interesting man, he first became interested in pulse jets at the age of 17, he wanted (and very nearly did) build a jet, strap it to his back and jump out of a plane. In the end he decided it would be too much of a risk for the pilot, however, he’s now designed a jet with 5,000lbs of thrust that stands 40ft high that he plans to use to launch himself to 25,000 feet before parachuting back to Earth. Elton John would love this guy.

I’ve included 3 video’s below, the first 2 are of pulse jet vehicles and the 3rd one is a nice Aussie man explaining how they work. Trust me, after you see and hear the videos of them running you’re going to want to know how the hell these things operate. 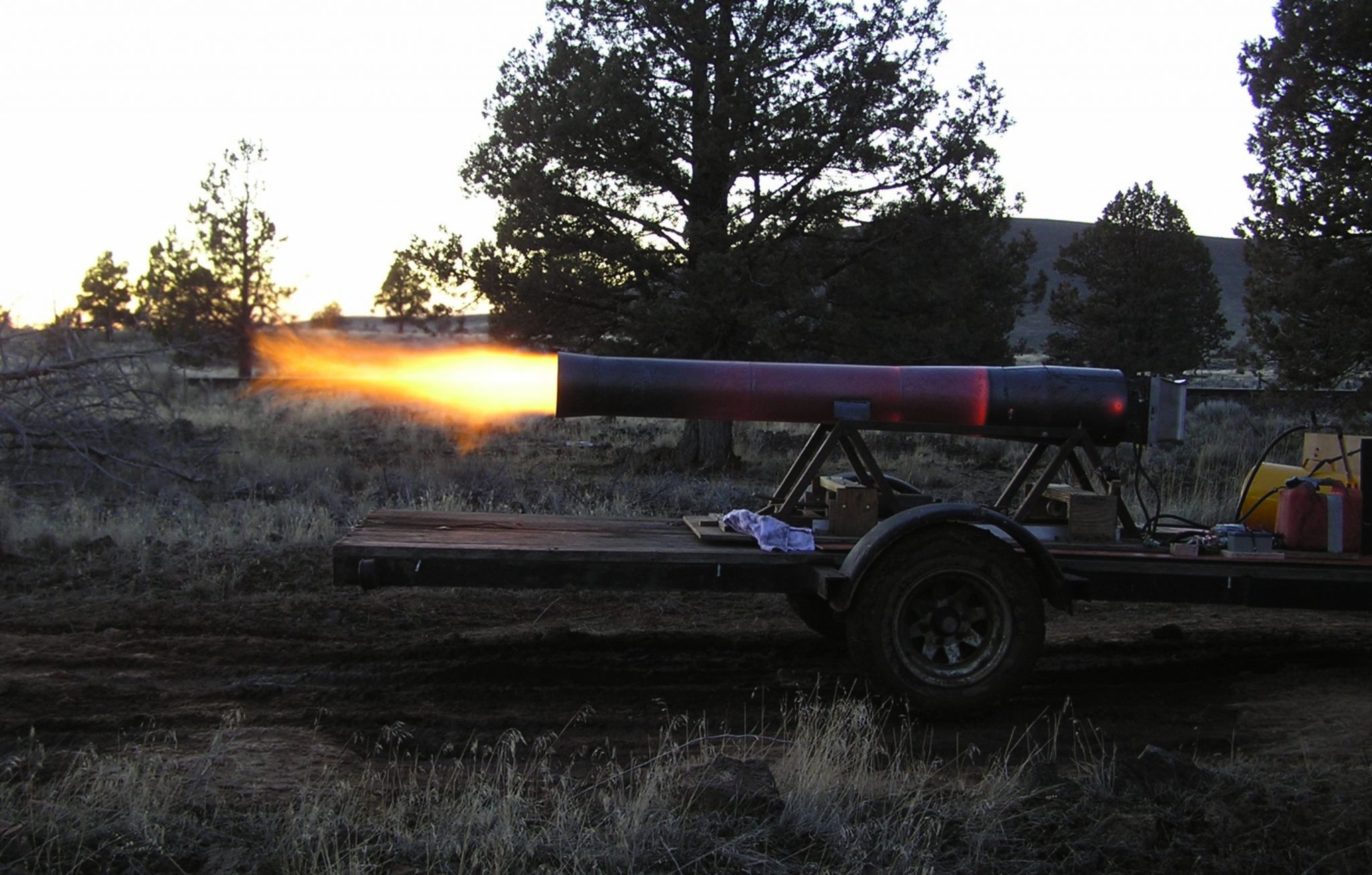 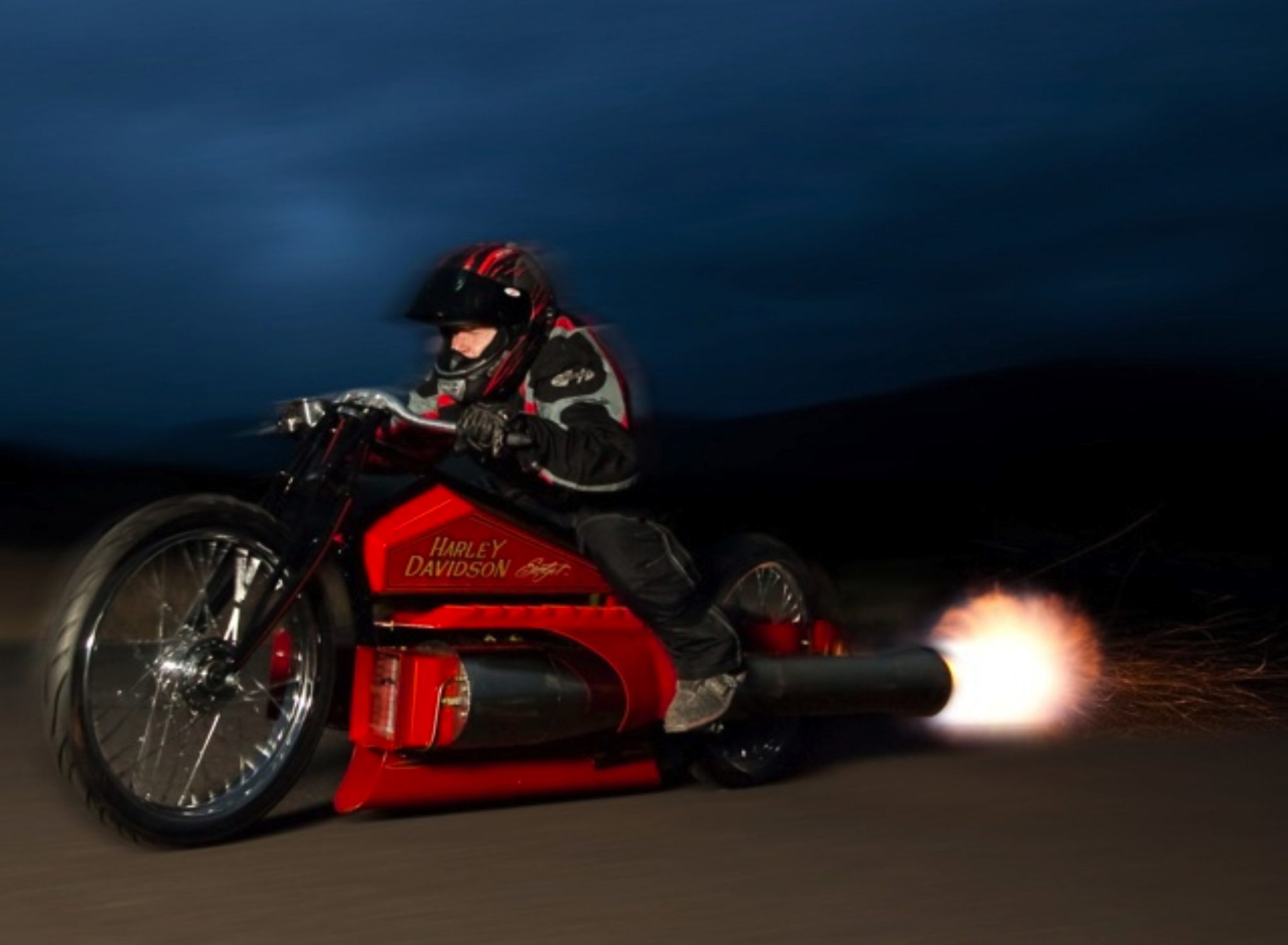