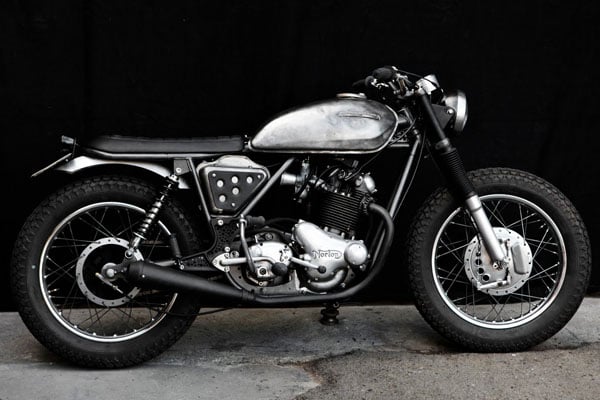 This bike is, without question, my personal favourite build yet from The Wrenchmonkees. Based on a Norton Commando the minimalist, industrial style appeals to me. Probably because it looks exactly like a stripped down racer you’d have seen parked en masse outside the 59 Club in the 1960s.

The engine and transmission have been rebuilt, always a good idea on a 40+ year old classic bike, the tank was pulled off an old Kawasaki and dare I say it, looks better than the stock Commando tank that these bikes came with in ’68 and ’69. That engine is a 750cc twin, capable of 51hp and the transmission is a chain-fed 4 speed. The Norton Commando originally weighed in at ~186kgs (410lbs) but I’d bet good money that this modified example weighs a little less than that.

The only thing I’d change about this bike would be the tires, I’d go for something a little more modern but still chunky, like the Avon Distanzia, so I could lean it over in the corners without being too worried about testing the abrasion resistance of my helmet. I can’t help but think that Firestone Military ANS rubber looks a little light on contact area.

The Monkee #25 has been sold already but eBay always has some great old Commandos listed if you’re a fan of this look. 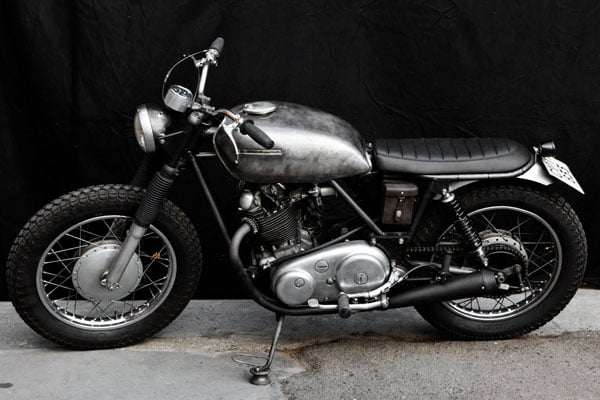 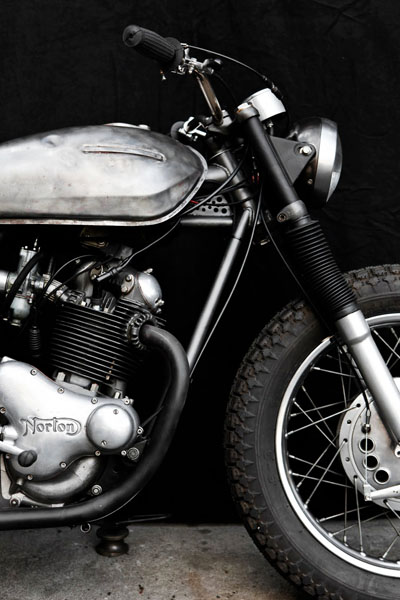 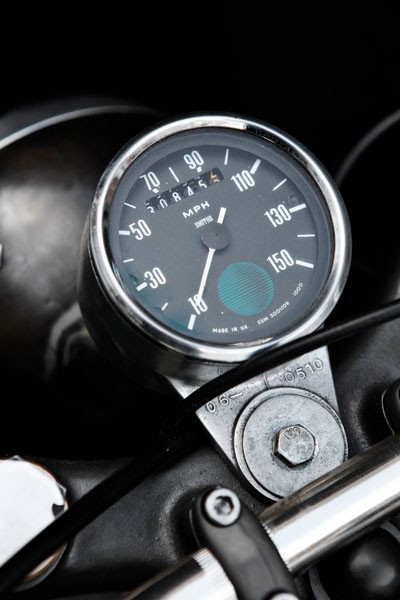 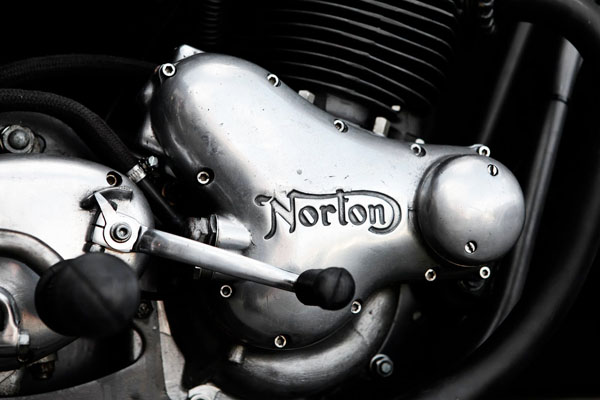 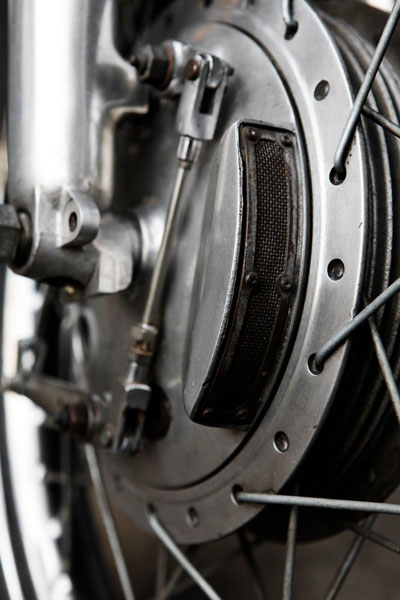 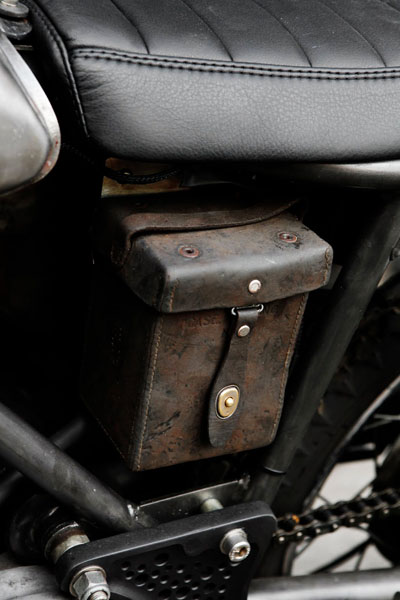 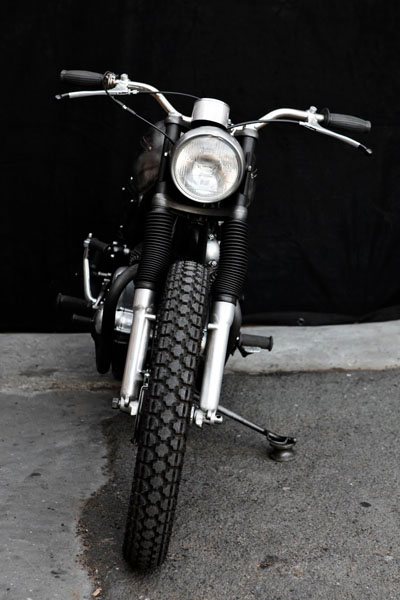 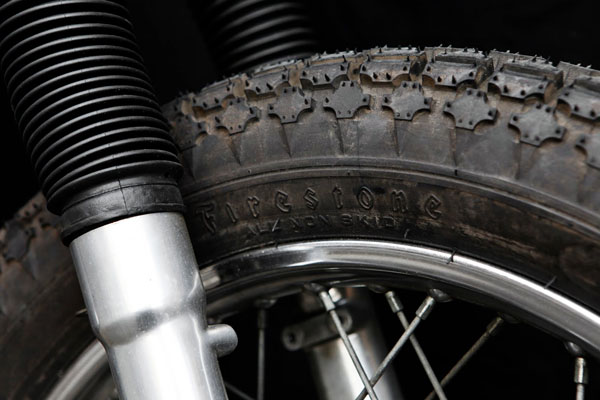 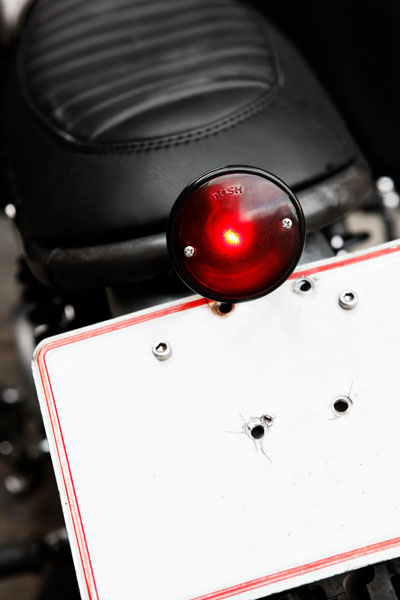 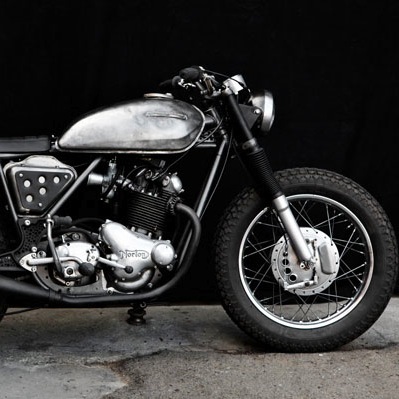