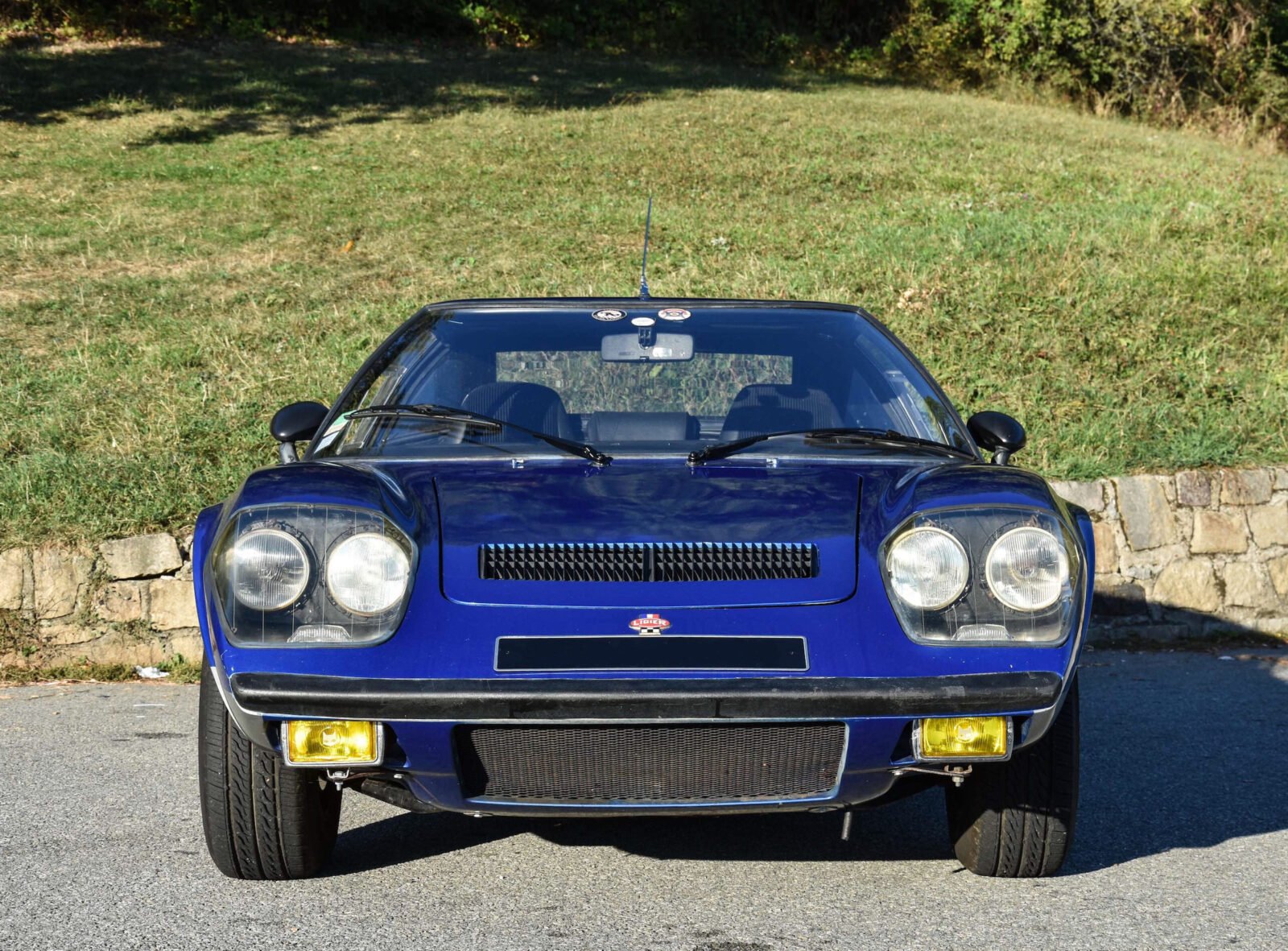 The Ligier JS2 is a car with a remarkable story, dual French/Italian heritage, and competition history in many of Europe’s great races. That said, the low production volume of the JS2 has resulted in it being a largely unknown cult classic only rarely seen at shows and rarer still on the road.

The sad truth is that the Ligier JS2 was created as a direct result of the tragic death of Jo Schlesser – a close personal friend and frequent teammate of Guy Ligier, and a popular French rally, sports car, and Formula 1 driver.

Schlesser was killed driving the Honda RA302, a Formula 1 car that John Surtees had flat-out refused to drive, calling it an underdeveloped death trap. Keen to prove his abilities in F1, Schlesser accepted the challenge of taming the unruly Japanese open-wheeler and piloted it at the French F1 Grand Prix at Rouen in 1968.

After just two laps Schlesser had lost control and crashed side-on into a banking. The magnesium bodied car with a full tank of fuel ignited instantly, killing him and resulting in Honda’s withdrawal from F1 at the end of the season. 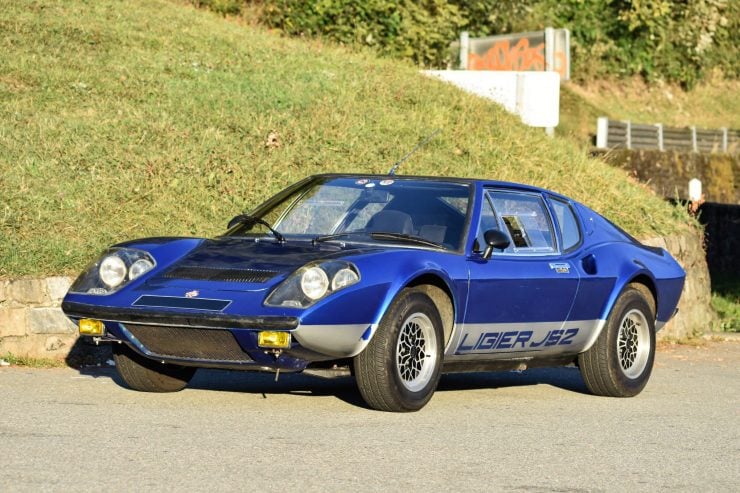 Guy Ligier was devastated by the death of his close friend, and took a hiatus from driving race cars to fulfill a dream that he had originally intended to fulfill with Schlesser by his side – to start his own French sports car marque.

Incredibly the first example of the new car was ready just a year after Schlesser’s premature death, it was named using his initials, JS1, as an homage to him. Lessons learned building the LS1 were rolled into a more polished production-ready successor named the Ligier LS2 – this would be the car that would battle shoulder to shoulder with many of the greatest racing cars of its era.

Guy Ligier tasked the design of both the JS1 and the JS2 to Italian automobile designer Pietro Frua, the body was crafted from fiberglass and sits on a steel frame for the road cars, and a lighter aluminum frame for the track-specific race cars.

It has been initially planned to use the Ford Cologne OHV V6 engine but Ford was reticent to provide it to what would potentially be a competitor for their own planned GT70. Ligier managed to secure a supply of engines from their compatriots at Citroën who had bought Maserati in 1968 – the engine that would be used was the Maserati C114 V6. 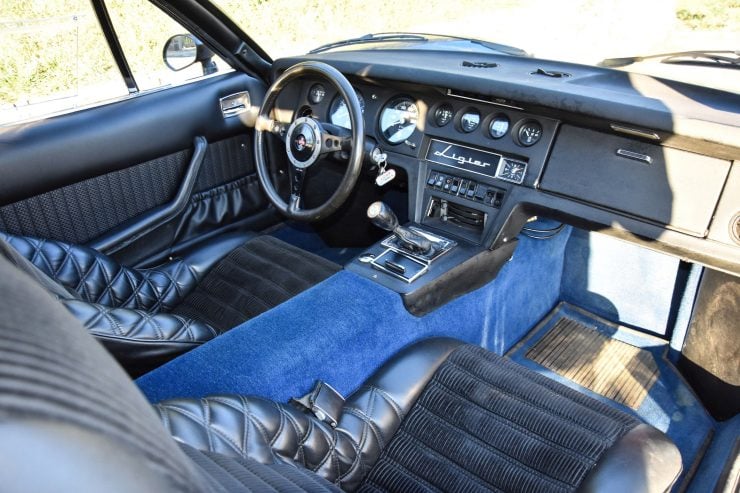 The C114 V6 was designed by Giulio Alfieri, it’s a 90 degree double overhead cam alloy V6 with hemispherical combustion chambers, 12 valves, and an initial displacement of 2675cc and a weight of 140 kgs (308.6 lbs), but produced 168 hp in street trim and upwards of 330+hp in race trim. The original design of the JS2 had to be extended 50mm to accommodate this slightly larger engine, though thanks to its lightweight construction the vehicle’s dry weight is just 980 kilograms (2,161 lbs).

In 1973 the JS2 received the slightly larger 2965cc version of the engine also used in the Maserati Merak, now capable of a more notable 192 hp. The Series 2 version of the JS2 made its debut in 1975 with a redesigned nose, hidden headlights, and 5 bolt wheels. The ongoing Oil Crisis had shrunk the global market for luxury performance cars significantly, and just 7 examples of the JS2 were made in 1975 before Maserati went into receivership – sounding the death knell for the JS2.

The Ligier JS2 In Competition

The racing variants of the Ligier JS2 showed extraordinary promise on the race tracks of Europe, though they were often let down by their engines which were highly tuned and suffered from a lack of development. Engine failures resulted in multiple JS2 retirements at the 1972 24 Hours of Le Mans, and the same thing a year later at the 1973 race, though a privateer entry did finish that event.

At the 1973 Tour de France a team driving a JS2 won 14 of the 17 stages in a dominant performance before a distributor failure ended their race. Things began to look up in 1974 when a JS2 won the Le Mans 4 Hours, and took an 8th place in the 24 Hours of Le Mans. A return to the Tour de France after the disappointment of the year before proved successful, with JS2s finishing both first and second.

In 1975 Ford relented and gave Ligier access to the Ford Cosworth DFV engine, the 1975 24 Hours of Le Mans featured a now Ford-powered JS2 battling all race long with a Mirage before finally finishing in 2nd place.

It isn’t known exactly how many examples of the Ligier JS2 were made, though 81 is the most commonly cited number. It’s thought that just 40 or so remain today.

Above Clip: Onboard in a Ligier JS2. Please note this is not the same car shown here.

The 1972 Ligier JS2 you see here was first registered in 1974. Its early life is largely a mystery, what we do know is that it was discovered a little more recently after spending 14 years in covered storage and required comprehensive re-commissioning.

The engine, gearbox, running gear, and brakes were all thoroughly refurbished, and a new electronic ignition was added to improve reliability. It was decided to keep the paintwork as it was, with a few minor blemishes and imperfections – a little patina never hurt a red-blooded ’70s performance car after all.

The car has now done just 1,500 kms since its rebuild, it would be eligible for many (if not most) vintage motoring events and races, and it’ll be offered for sale through Artcurial on the 4th of November with an estimated value of between €70,000 and €90,000. 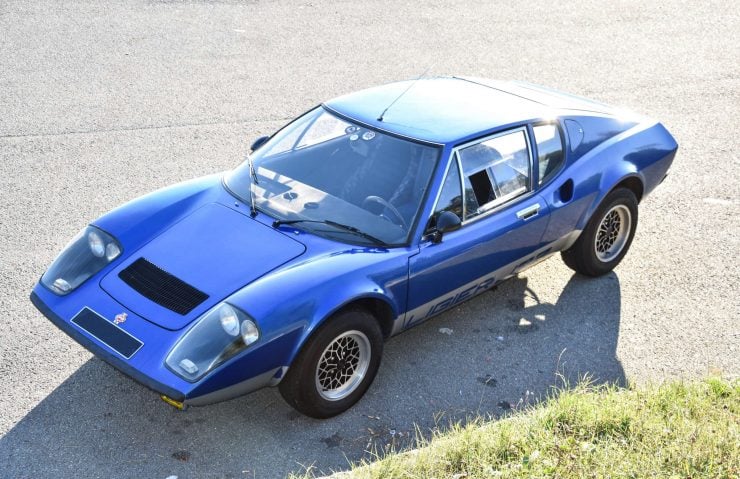 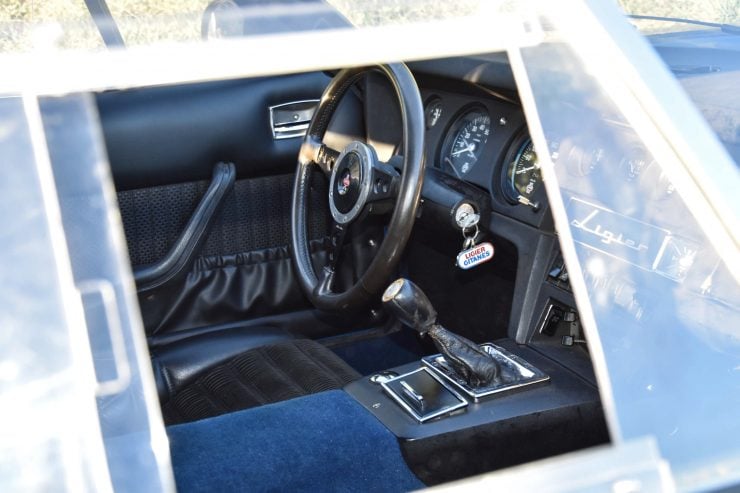 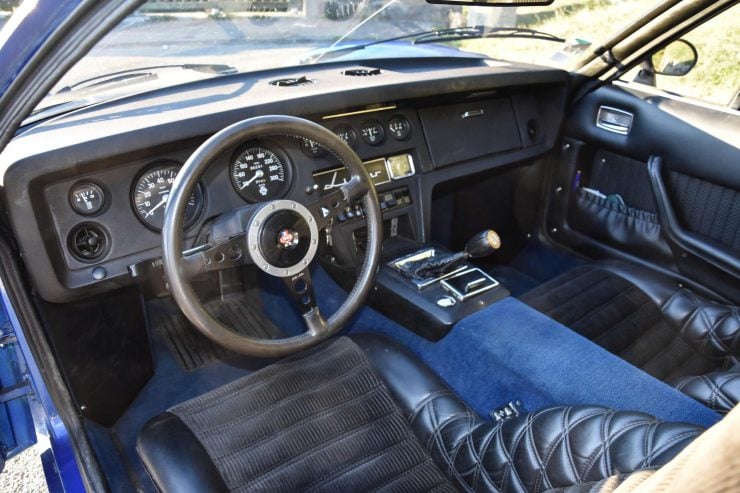 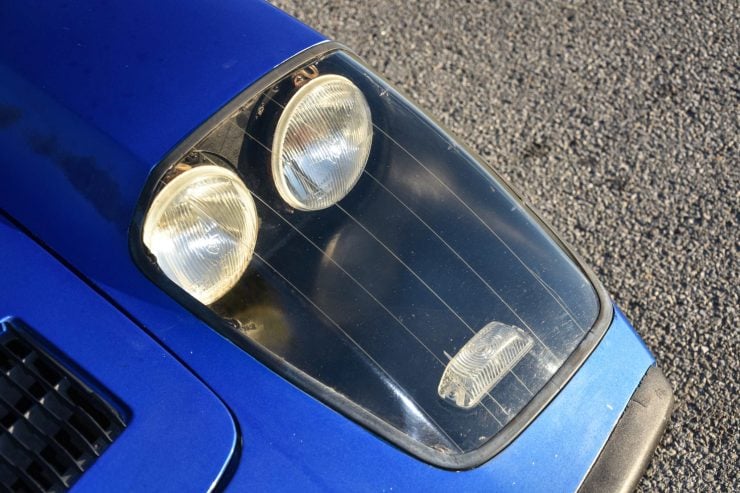 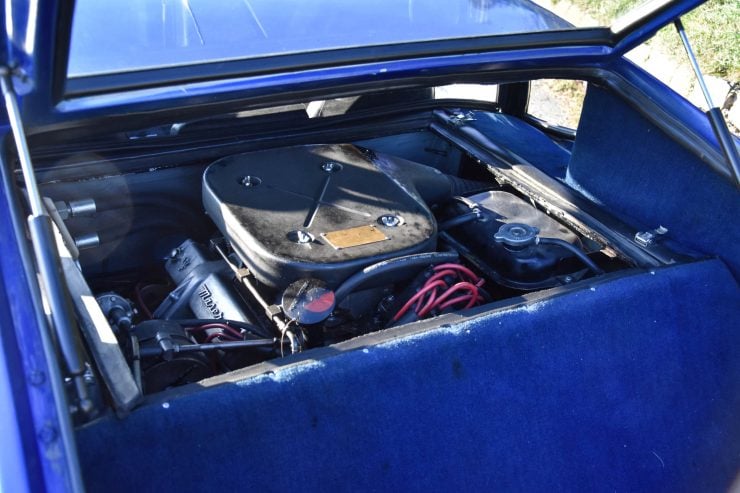 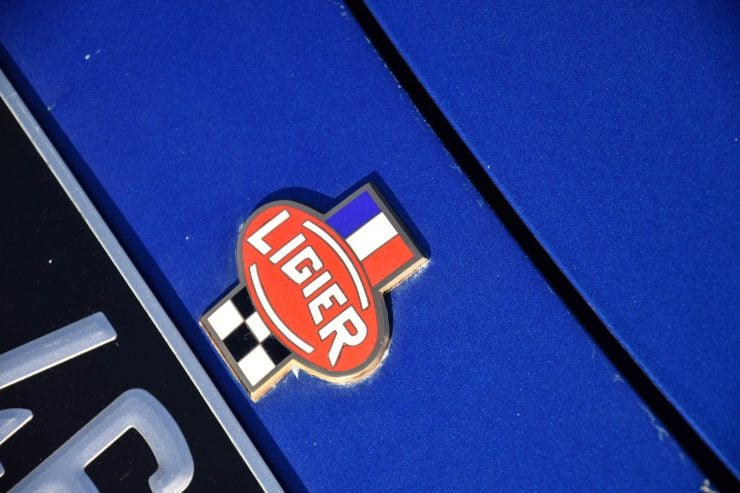 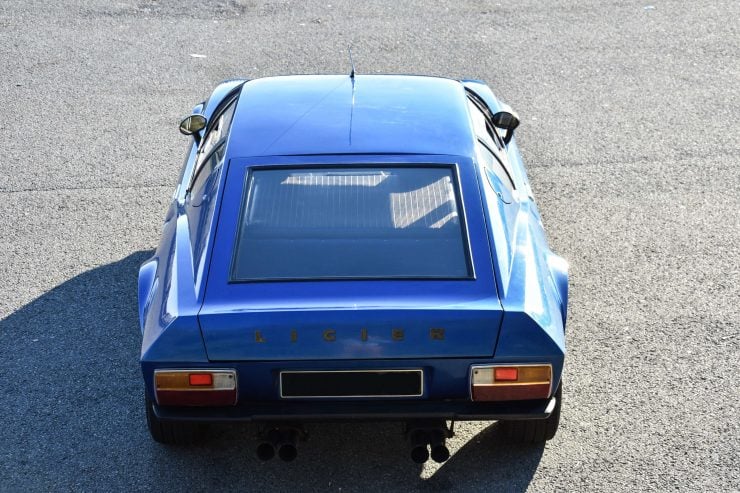 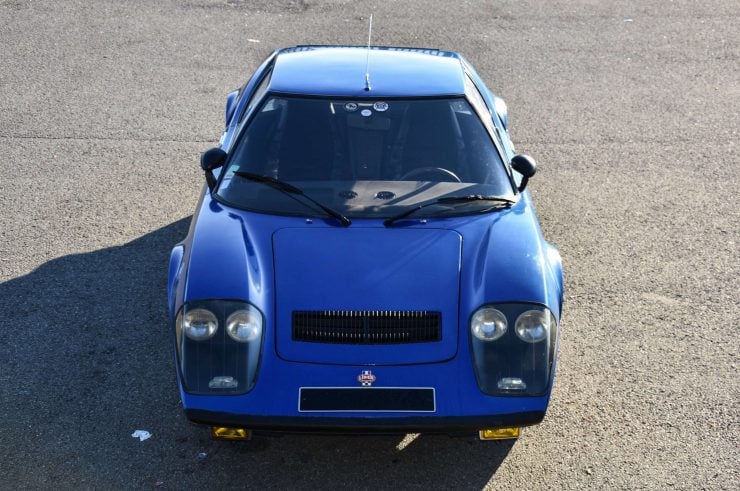 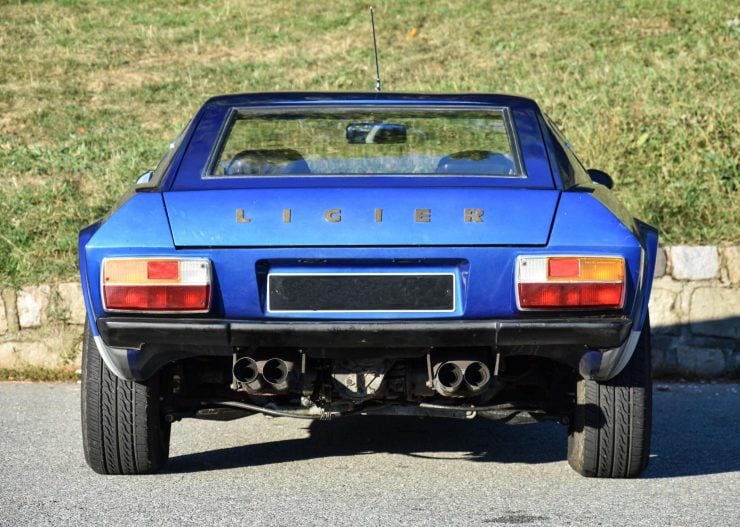 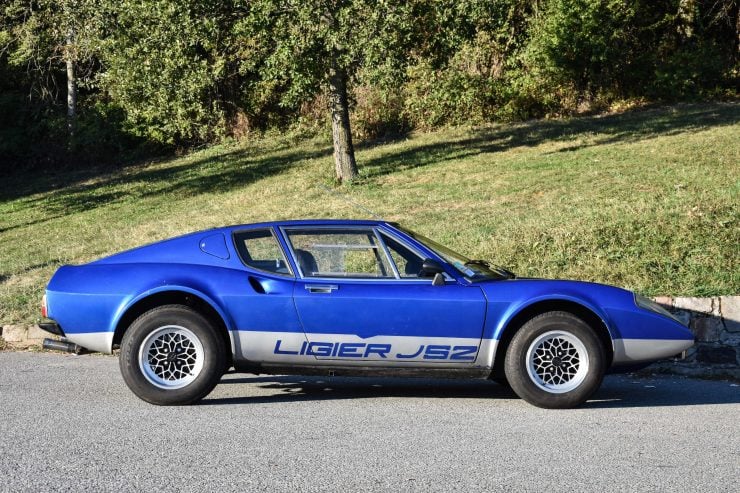 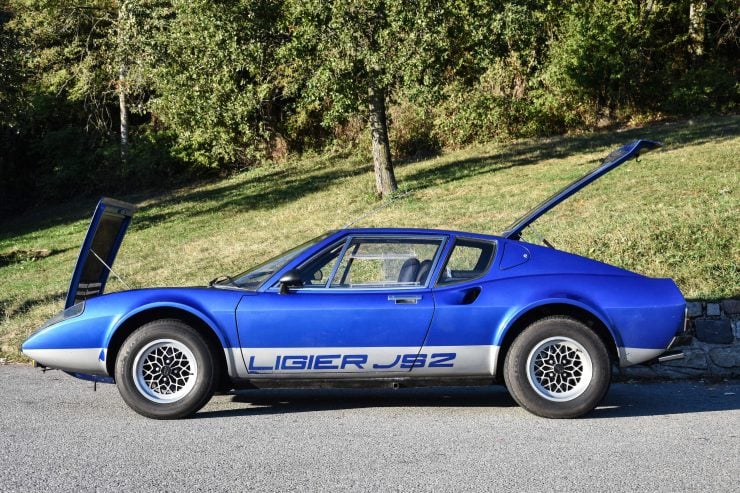 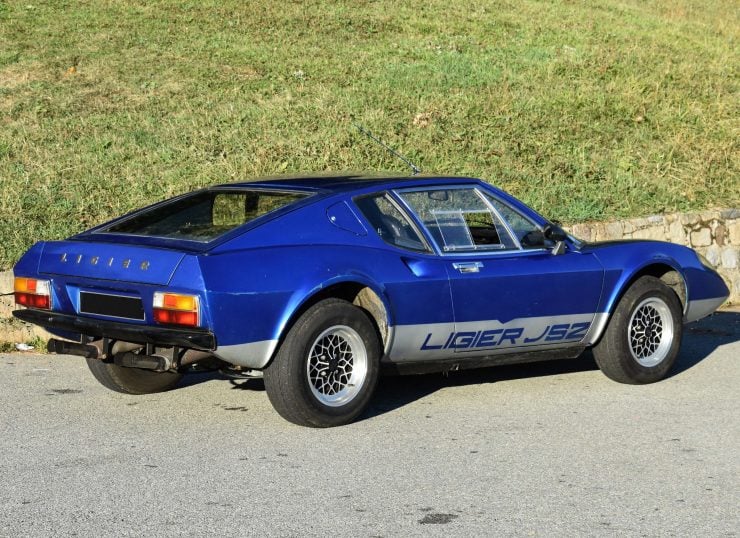 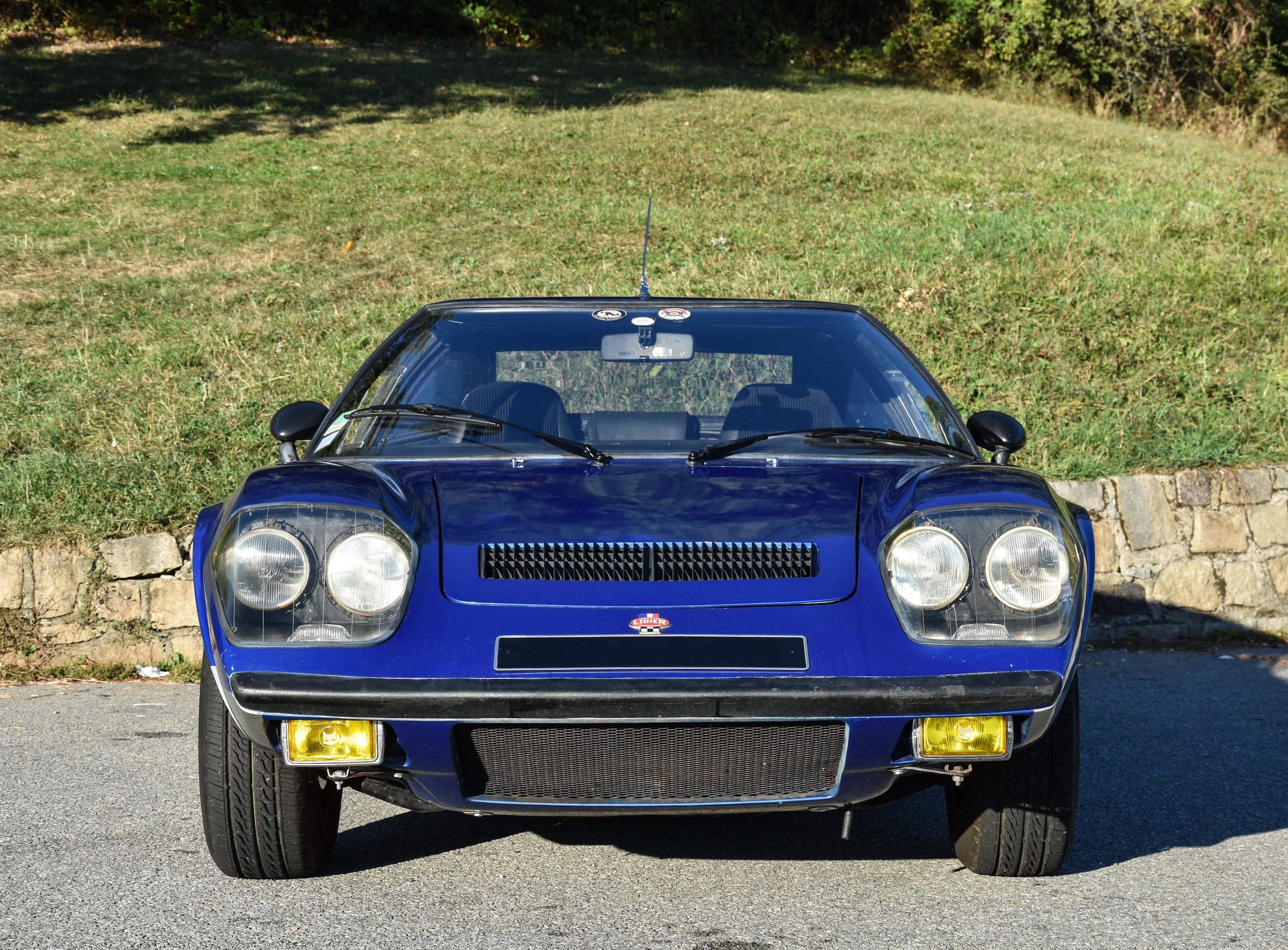