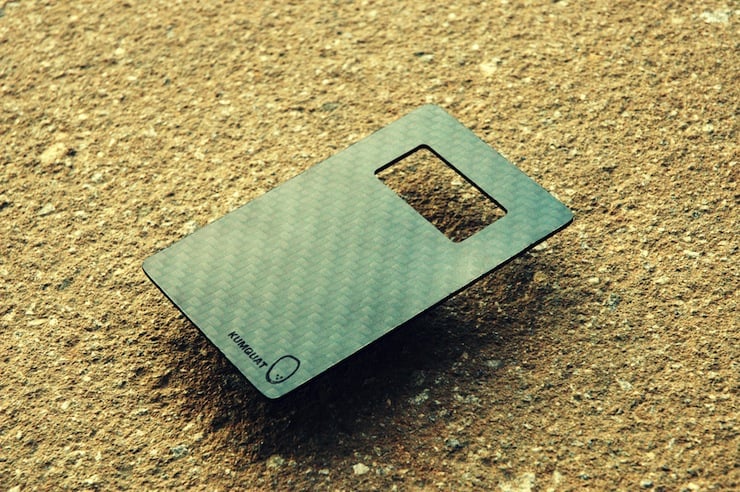 Bottle openers are often like mouse traps in that there are many available types but the simplest always seem to be the best. This opener, dubbed “leverage”, takes minimalism to new heights with a total thickness of .059″ and a weight of .3oz, it’s made from solid carbon fibre and is the exact same size as a standard credit card.

The design is currently being funded on Kickstarter and has hit 400% more in pledges than it’s goal amount, if you pledge $20 USD they’ll send you one when they begin production, that sounds like a good deal to us.

Check out the Kickstarter Project here. 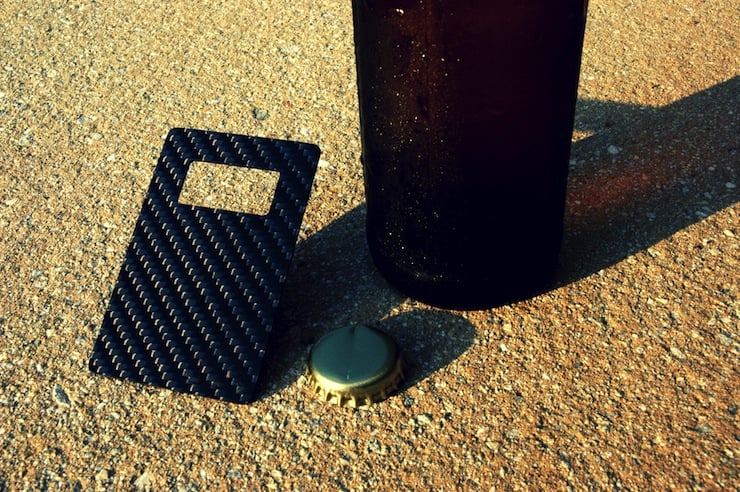