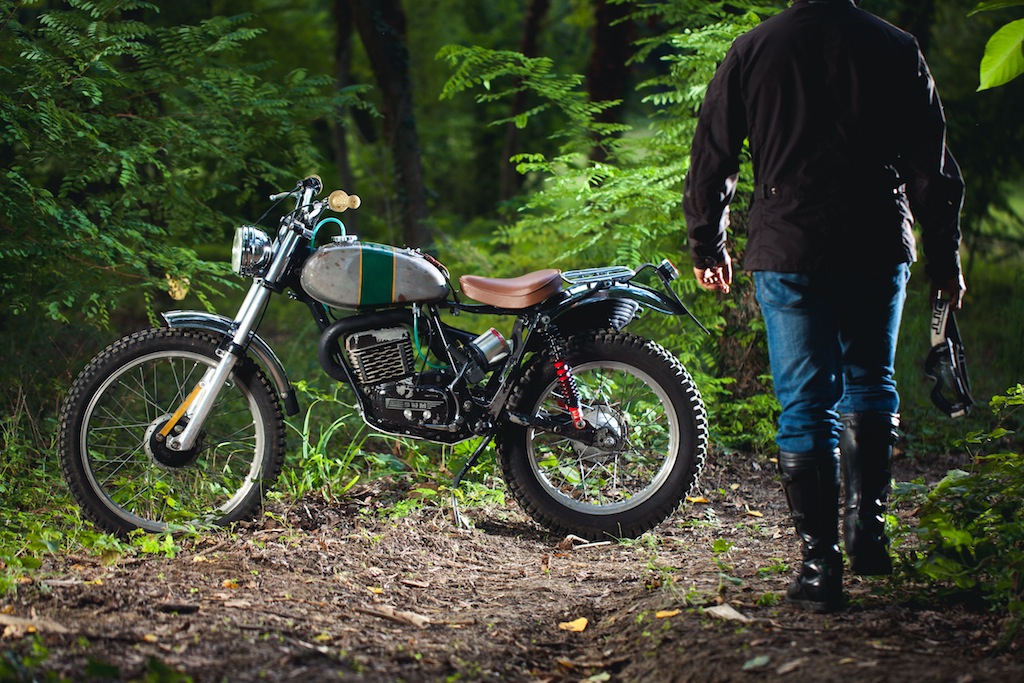 Lorenzo Buratti is rapidly gaining a reputation as one of the more talented and creative custom motorcycle builders in Italy. His work has been featured on venerable websites like BikeEXIF and Sideburn, once you take a look through his motorcycle and furniture designs I think you’ll agree that he’s a very talented chap.

This bike is based on a classic Italian SWM Enduro motorcycle powered by a 280cc Rotax 2-stroke, he built the bike for his 17 year old daughter although there’s nothing girly about the finished bike. Lorenzo used to race enduro bikes and part of the reason for building this motorcycle was, in his own words;

“…sometimes enduro riders don’t consider the beauty of a quiet ride, with an open face helmet, with some stops to talk with farmers or to see animals and pristine landscapes…”

I can’t help but agree with him on that point, some of the most memorable rides are the slowest, the rides where you aren’t perpetually clenching your buttocks and whispering the Lord’s prayer as you hurtle yourself forwards atop hundreds of pounds of hot, roaring steel.

The upright seating position, leather saddle and broad handlebars give this little thumper the look of a very fun Sunday afternoon bike, the simplicity and warmth of the colours are immediately appealing and I can’t help but think that Lorenzo’s daughter may be tempted to ride this bike a little faster than Mr Buratti might like. 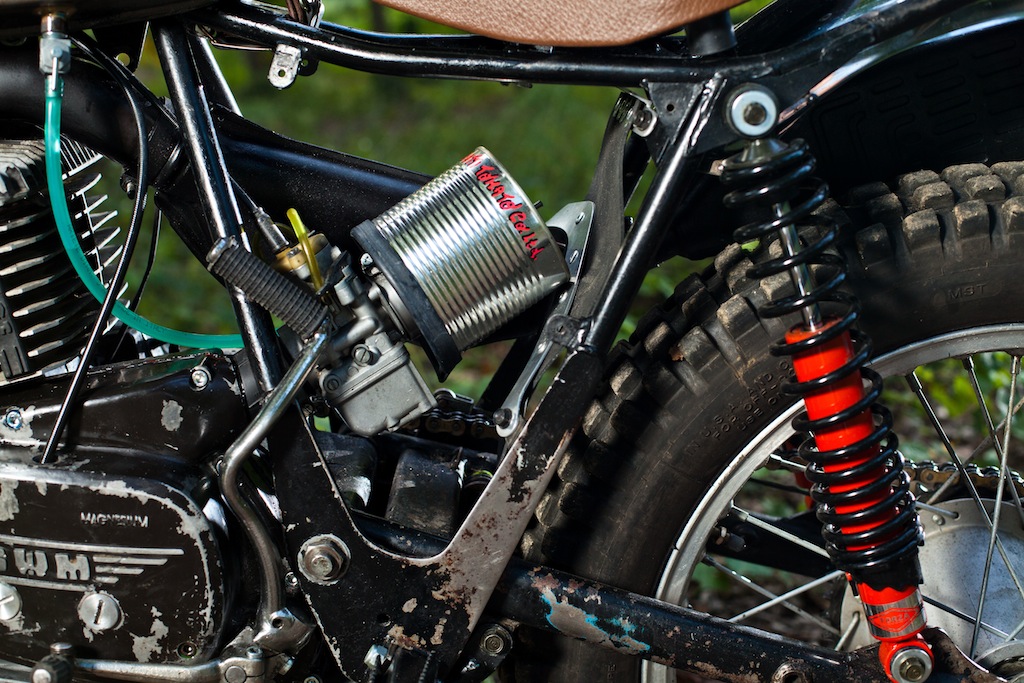 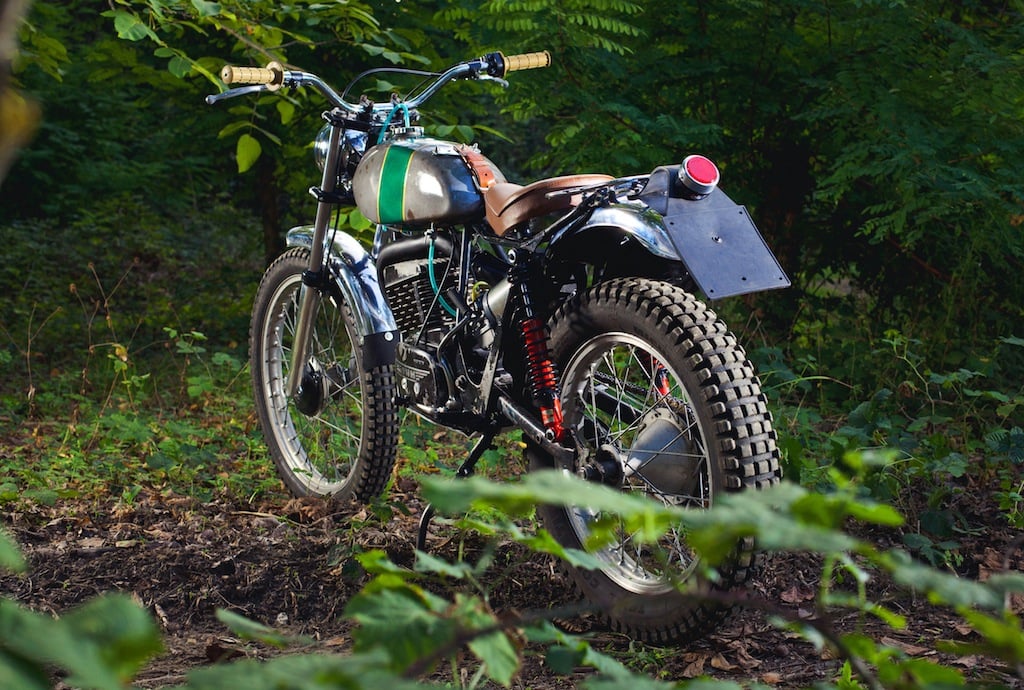 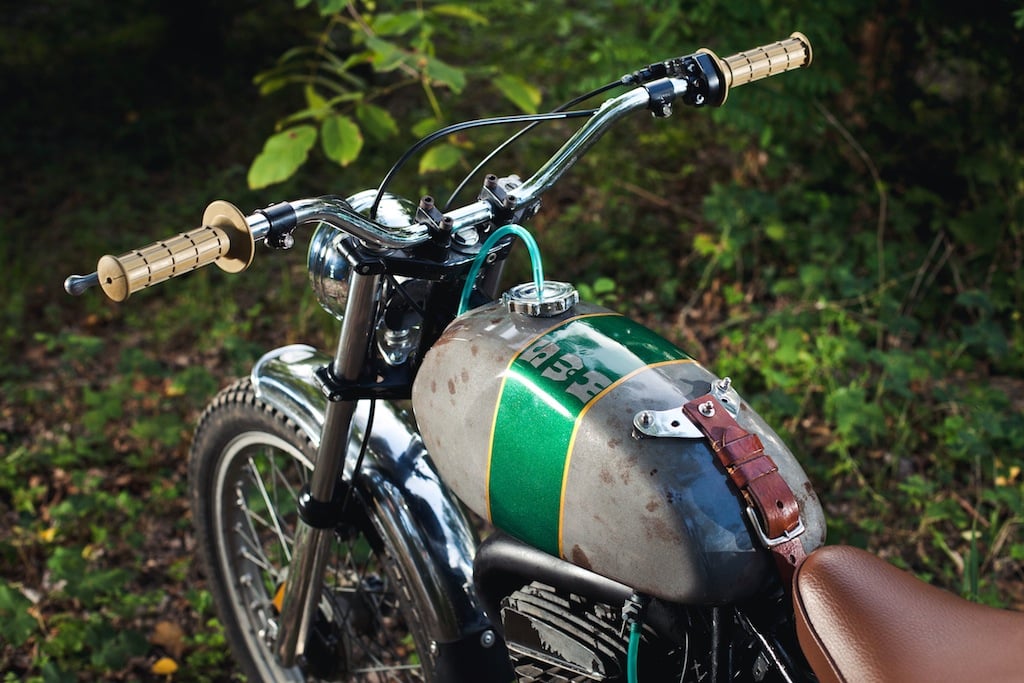 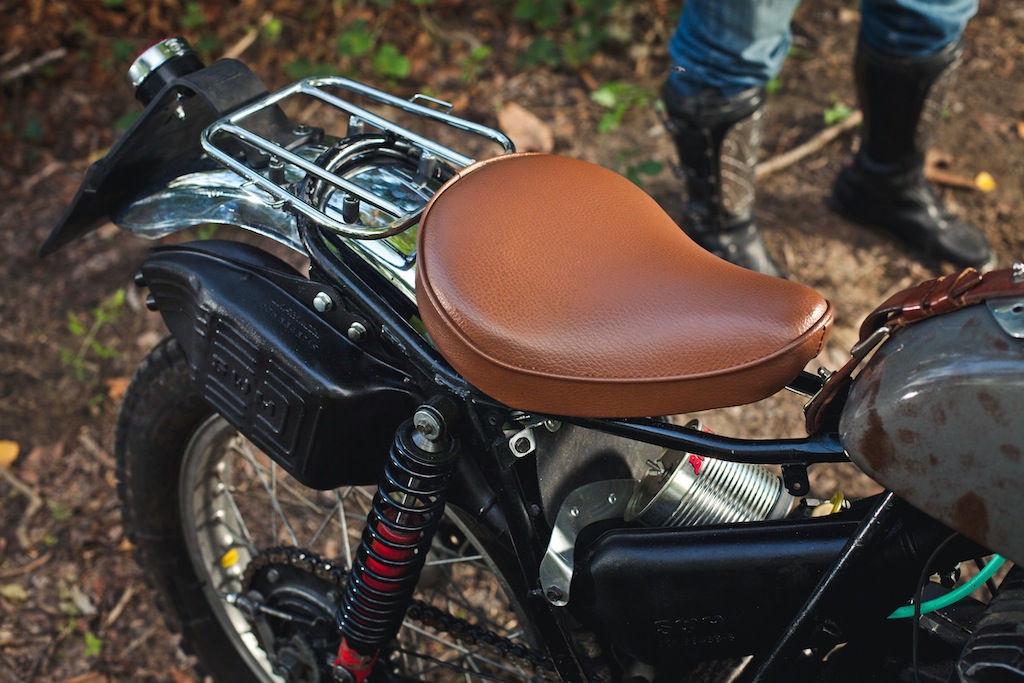 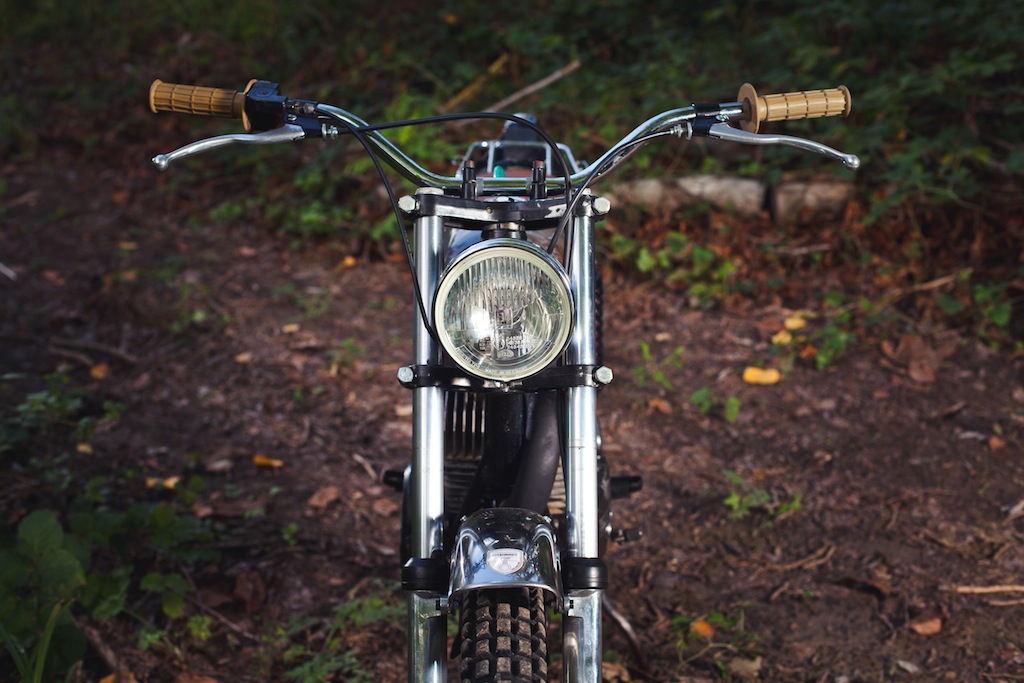