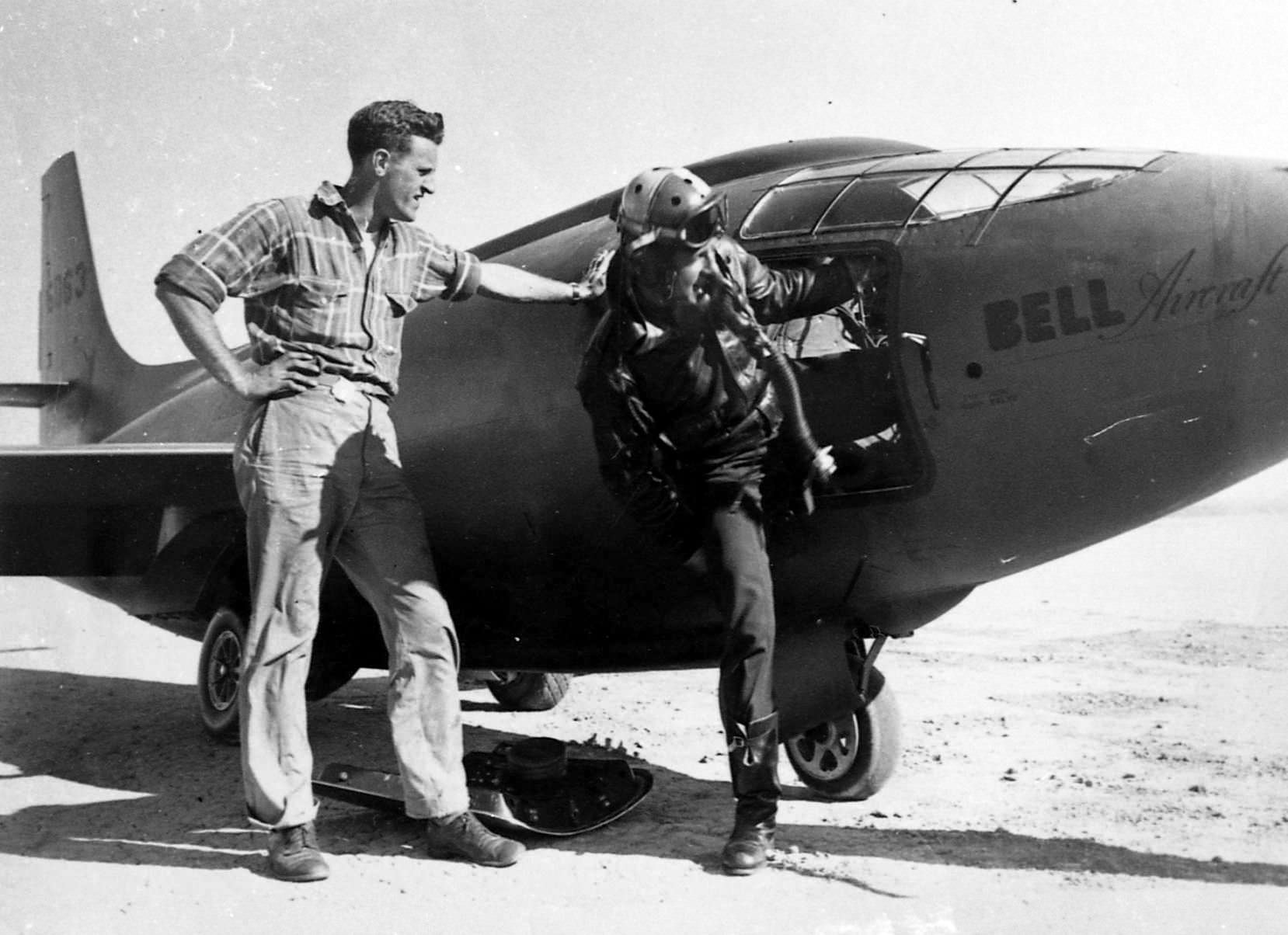 This is a shot of Chuck Yeager climbing out of the Bell X-1 in 1949, Chuck was first human to break the sound barrier on October 14, 1947 sitting in the cockpit of this very plane.

Interestingly, Yeager is still alive today at the age of 89, he was promoted to Major General in 2005 and is today one of the most outstanding pilots ever produced by the US Airforce.