The original Land Rover is a marvel of post-war British engineering, this period in British history is often derided from a quality-control perspective but I think it’s largely exaggerated. Some of the most beautiful and brilliantly designed vehicles in human history came out of Britain during this post-war chapter and all the tired old Lucas-Electrics-jokes in the world can’t make that any less true.

I only discovered recently that the iconic Land Rover Green that all the Series 1 models were painted wasn’t a choice, rather it was due to the fact that paint was tightly rationed post-WWII and the only colour available in any significant quantity was Army surplus green.

If you’d like to read more about the history of Land Rover you can click here to see the very well-written Wikipedia entry, if you’d like to download either of the images below you can click them to open them in a new window and then drag and drop to your commuter’s desktop. 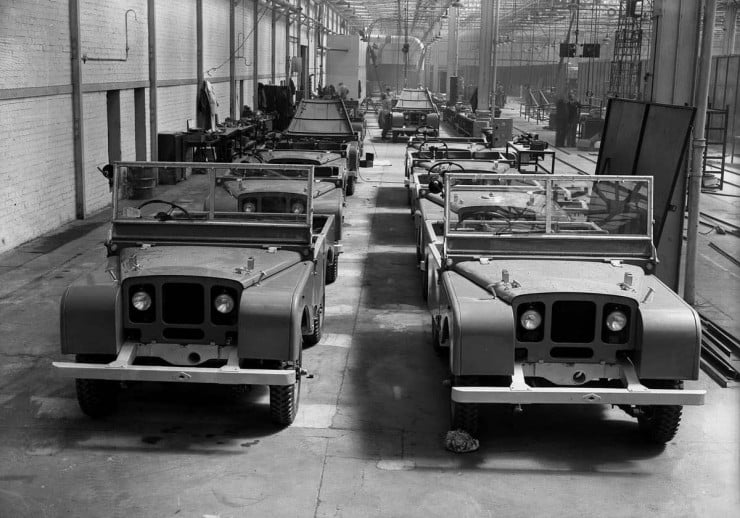