The 6.3 litre V12 engine fitted to the Lamborghini Murcielago is a direct descendant of the first V12 ever made by Lamborghini in 1963. This engine had a remarkable shelf life of well over 40 years, powering all of Lamborghini’s flagship supercars including the Miura, the Countach, the Diablo, and the Murcielago.

Rumour has it that when Ferruccio Lamborghini hired Giotto Bizzarrini to design an all-new V12 engine for his fledgling automobile company he agreed to pay him a bonus for every horsepower it produced more than the comparable Ferrari V12 of the time.

Bizzarrini created a masterpiece of engineering, a 60º V12 with double overhead cams per bank, a capacity of 3,464cc, cable of producing 370 bhp at a screaming 9,000 rpm. Over the course of this V12’s long life it would be fitted to thousands of supercars, its capacity would increase all the way up to 6,498cc, and its power output would climb to well in excess of 700 bhp. 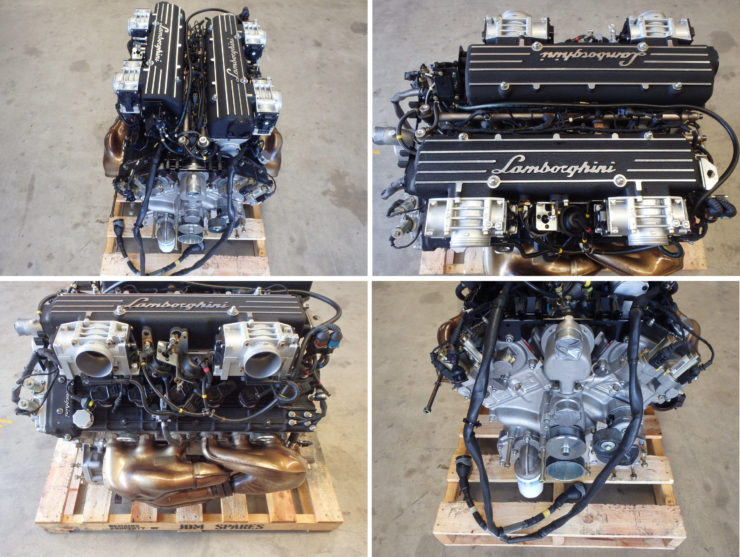 When Bizzarrini originally built the engine he claimed it was capable of producing considerably more power than it did in stock form, but it’s unlikely that even he could have predicted just how far the development of his engine would go, and how much power it would produce by the end of its life.

The 2005 Lamborghini V12 you see here was pulled from a Murcielago Roadster that suffered a front end collision, however the engine appears to be unharmed. The car it was sourced from had just over 7,000 kms on the odometer, which means the engine has most of its life still ahead of it. The most famous high-mileage Murcielago in the world has 258,098 miles on it and counting.

Overall the engine is better presented than most (if not all) of the other supercar engines on eBay we’ve featured, it would be ideally suited to a Murcielago owner who needs a new (or a spare) engine, or someone who wants to do a Cthulhu-grade engine swap. 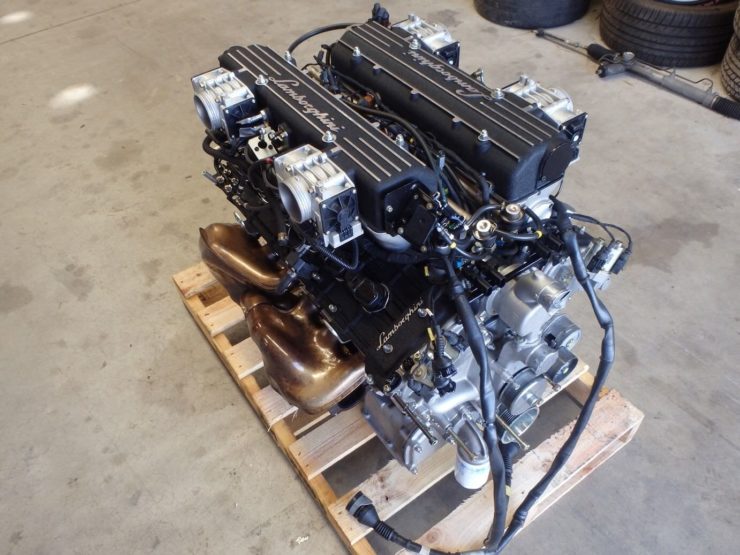 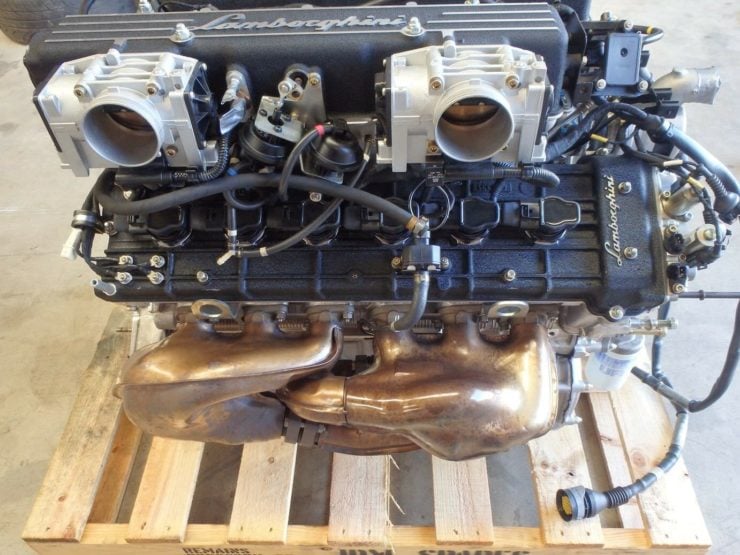 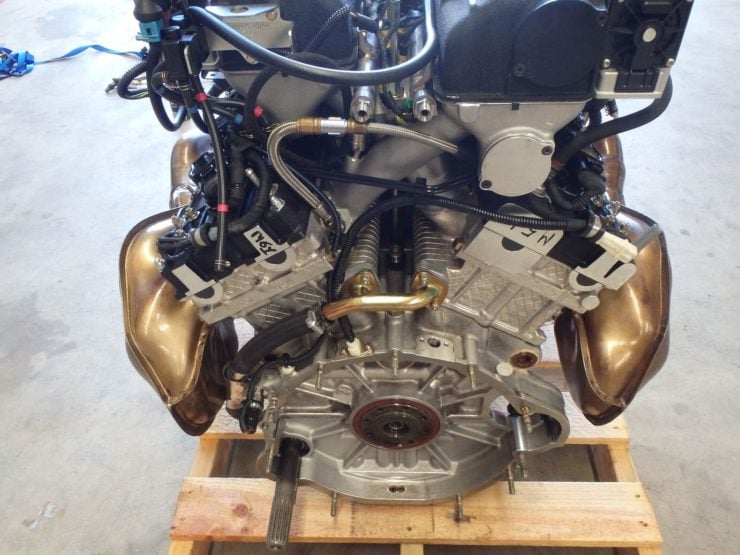 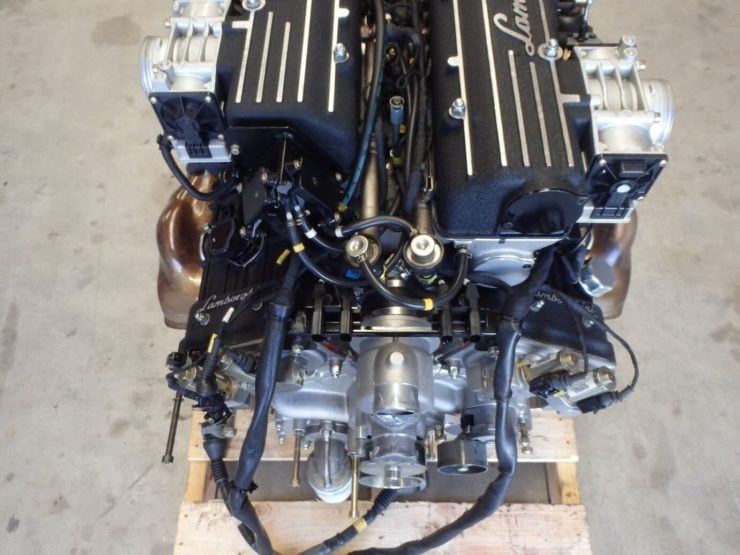