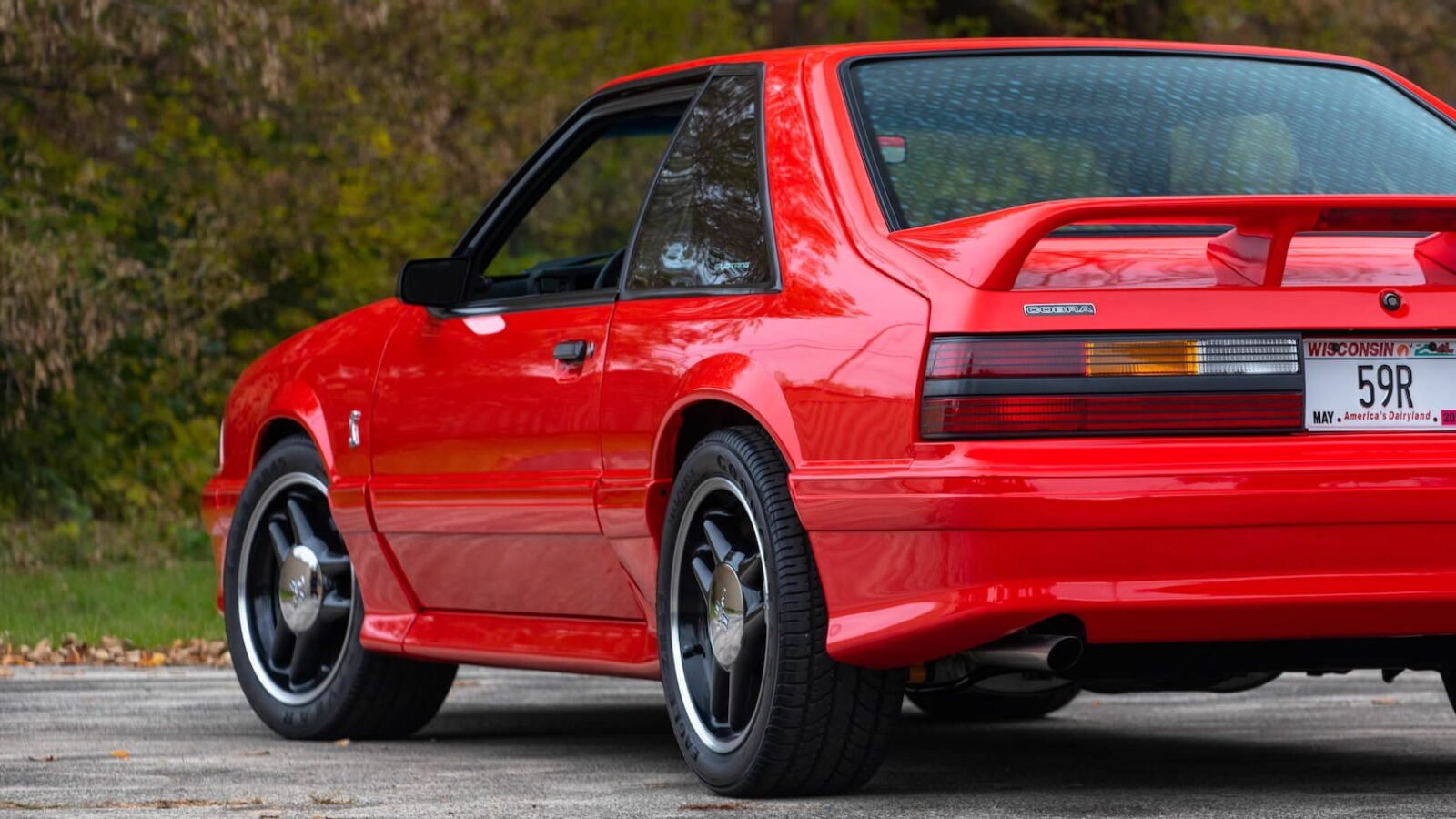 The 1993 SVT Mustang Cobra R would be the first of its kind, it was designed to be the ultimate version of the Fox Body Mustang before the introduction in 1994 of the new fourth generation Mustang (Fox-4). I say ultimate version but it’s perhaps best described as a joint title with the Shelby SAAC MKI and MKII – an even rarer performance version of the car.

The team at Ford’s Special Vehicle Team (SVT) didn’t pull any punches with the Cobra R, they stripped out 450 lbs of excess weight and added the biggest brakes they could fit inside the wheels. The weight reduction was largely achieved by deleting parts of the car designed to keep people comfortable, like sound deadening, air-conditioning, electric windows, the stereo (including all wiring and speakers), and electric rear vision mirrors. 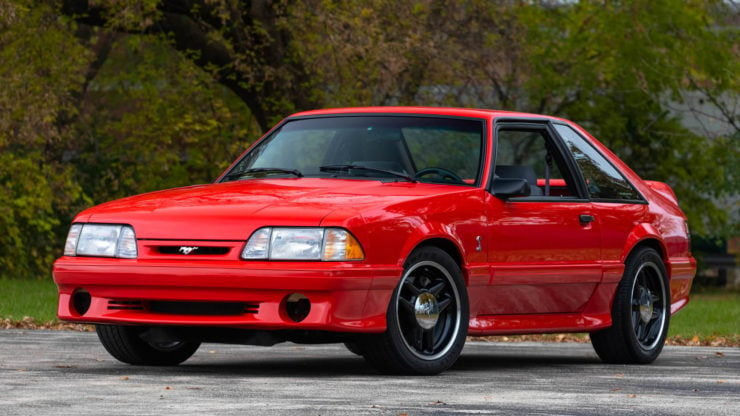 SVT engineers added a strut brace across the front as well as a V-brace to improve shell rigidity, underneath these braces lies a 5 litre Windsor V8 producing 235 hp at 4,600 rpm, 280 ft lbs of torque at 4,000 rpm, with a compression ratio of 9.0:1.

One of the single largest expenses Ford encountered when building the SVT Mustang Cobra R were its brakes. Heavy duty 13″ Kelsey-Hayes vented rotors were installed in front with 10.5″ vented rotors in the rear.

When speaking about the brakes later Neil W. Ressler (executive director of vehicle engineering for Ford) was quoted as saying: the 1993 Cobra R’s brakes “were the most expensive brakes ever fitted to a [production] Mustang. I bought the brakes for the R model out of my engineering budget. I wanted big brakes, and we didn’t have them. The program couldn’t afford it. Unbeknownst to the higher-ups at Ford, I spent like $2,100 per car to buy those big brakes. But the last thing I wanted was a fast car that didn’t stop. We ended up putting good brakes on all those (Cobra R) vehicles.” 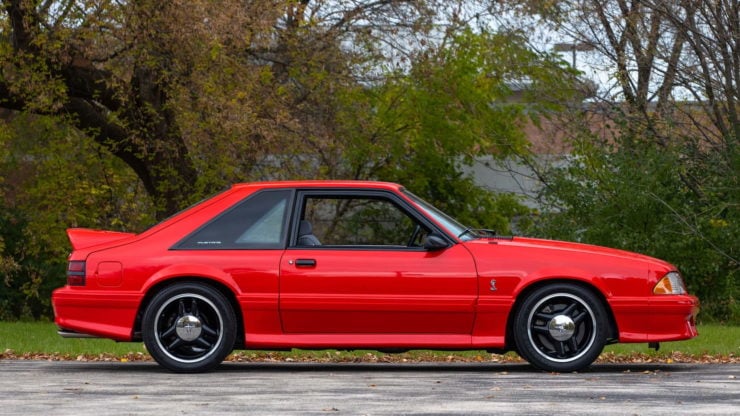 Ford would build just 107 examples of the 1993 SVT Mustang Cobra R, many were snapped up by collectors and never saw the race track, much to Ford’s chagrin. The upside of this is that there are some very low mileage examples of the car in the world now that haven’t been flogged to death on circuits around the North America.

The all-original ’93 SVT Mustang Cobra R you see here is one such example, it has just 2,096 miles on the clock and it’s the 59th one made. This car has had three owners from new, all of which had far more will power than I do as is evidenced by the low mileage. The original window sticker and original delivery paperwork are all on hand and the car is due to come up for sale with Mecum in early January. 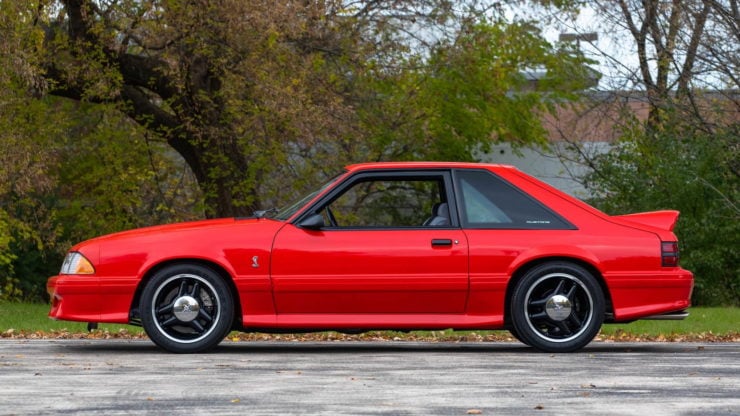 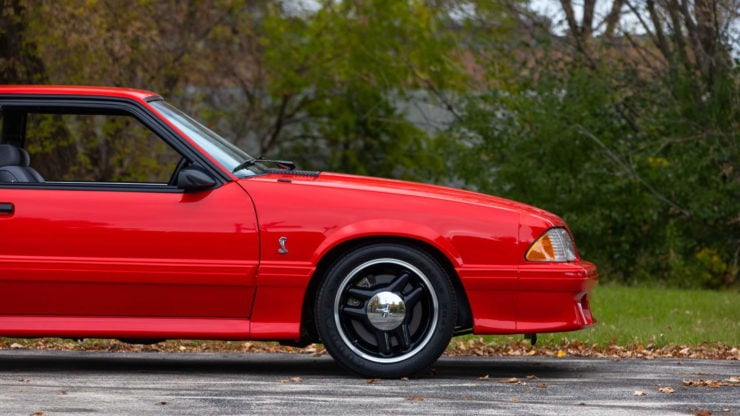 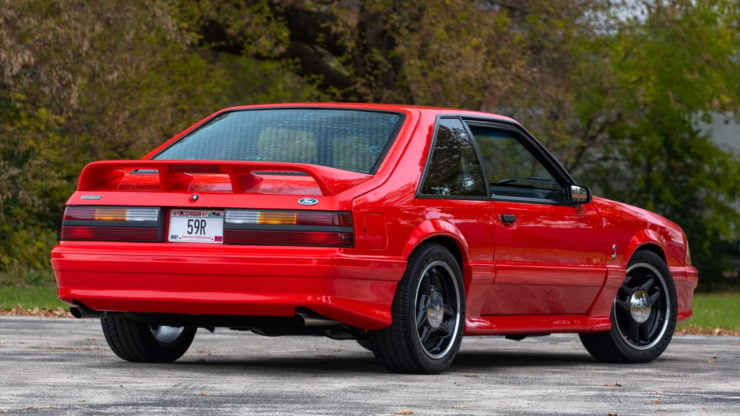 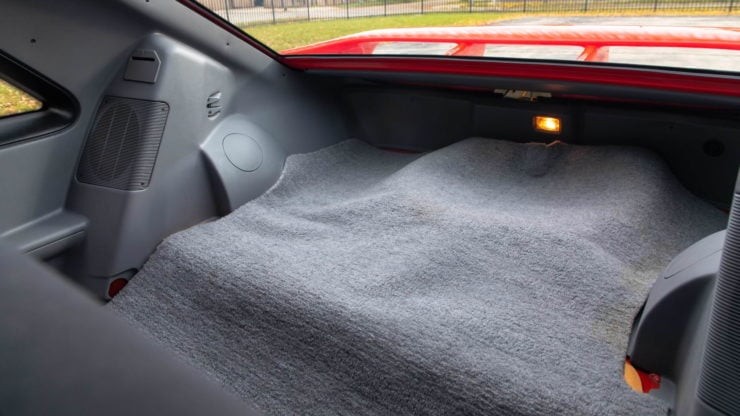 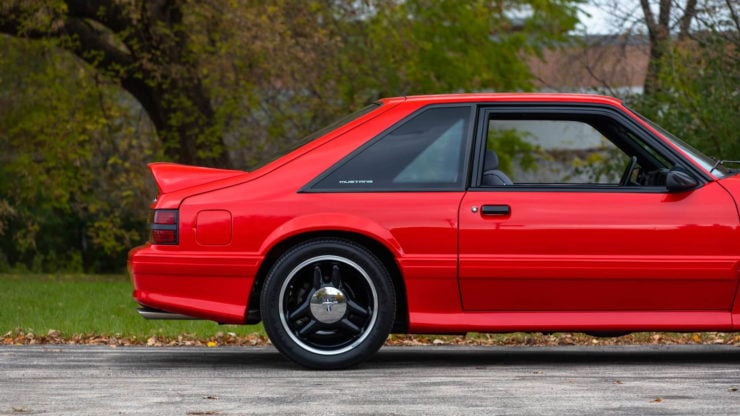 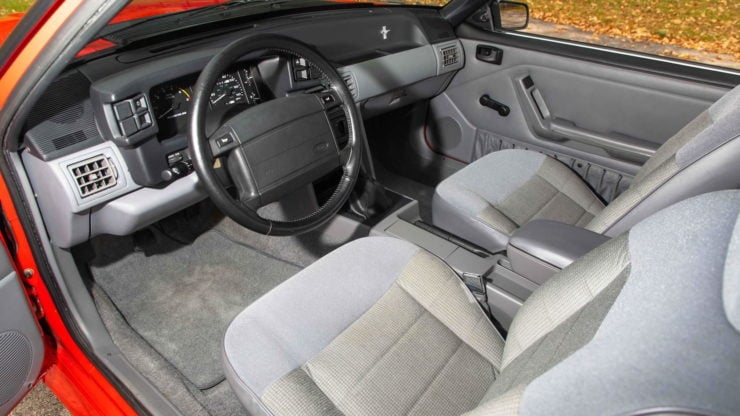 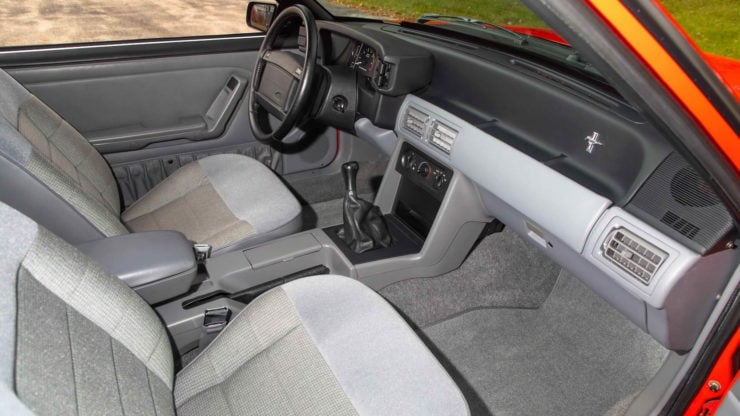 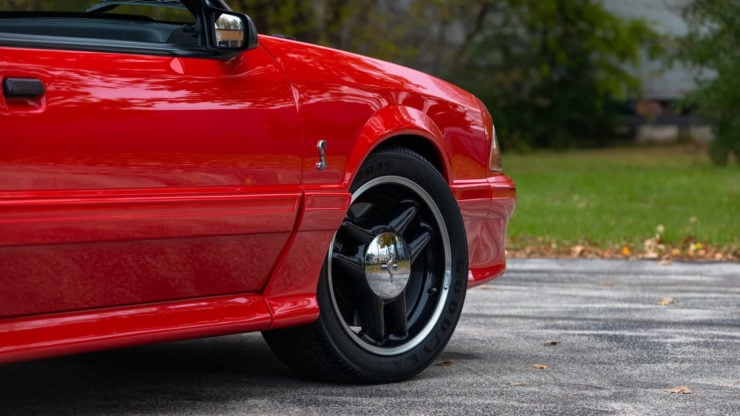 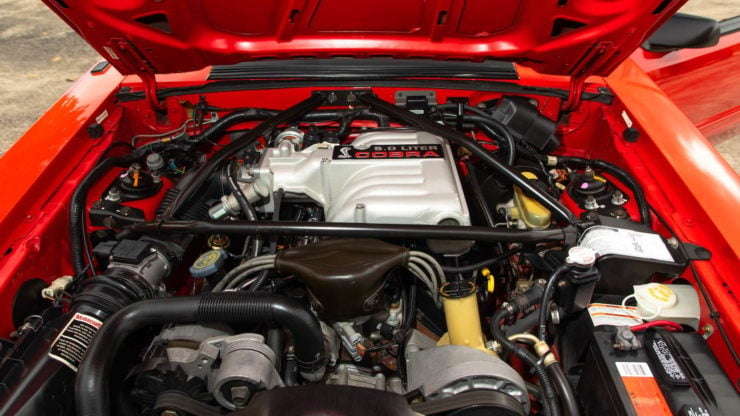 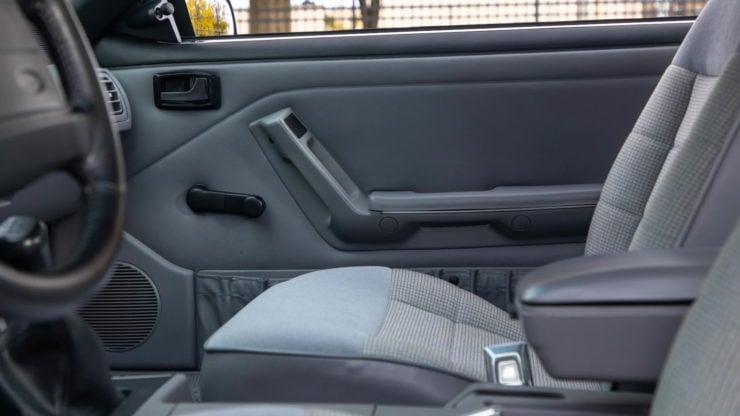 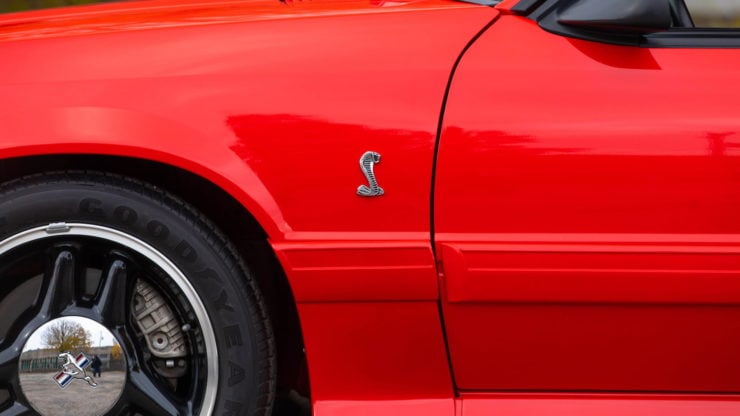 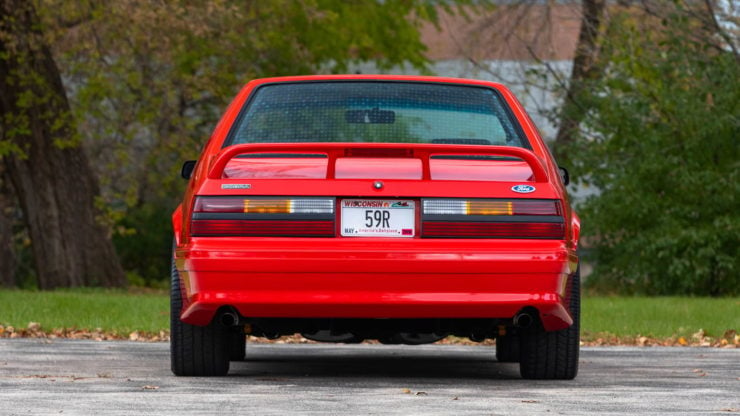 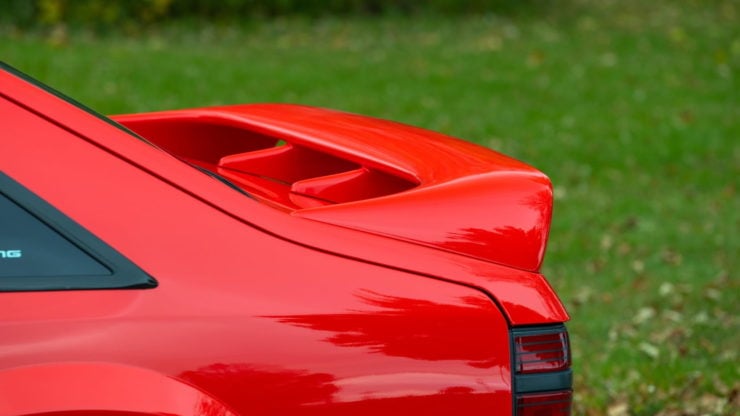 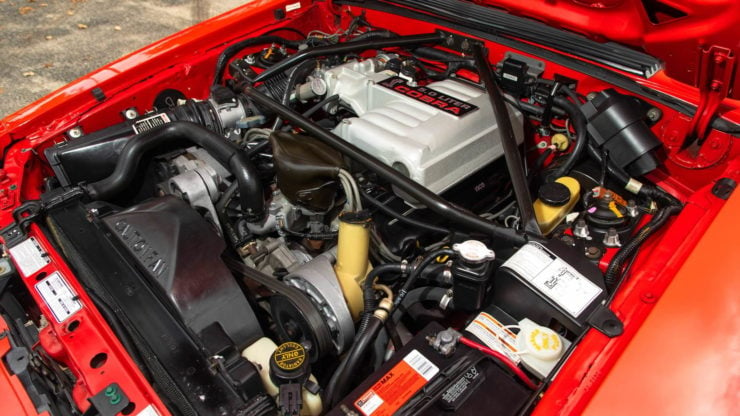 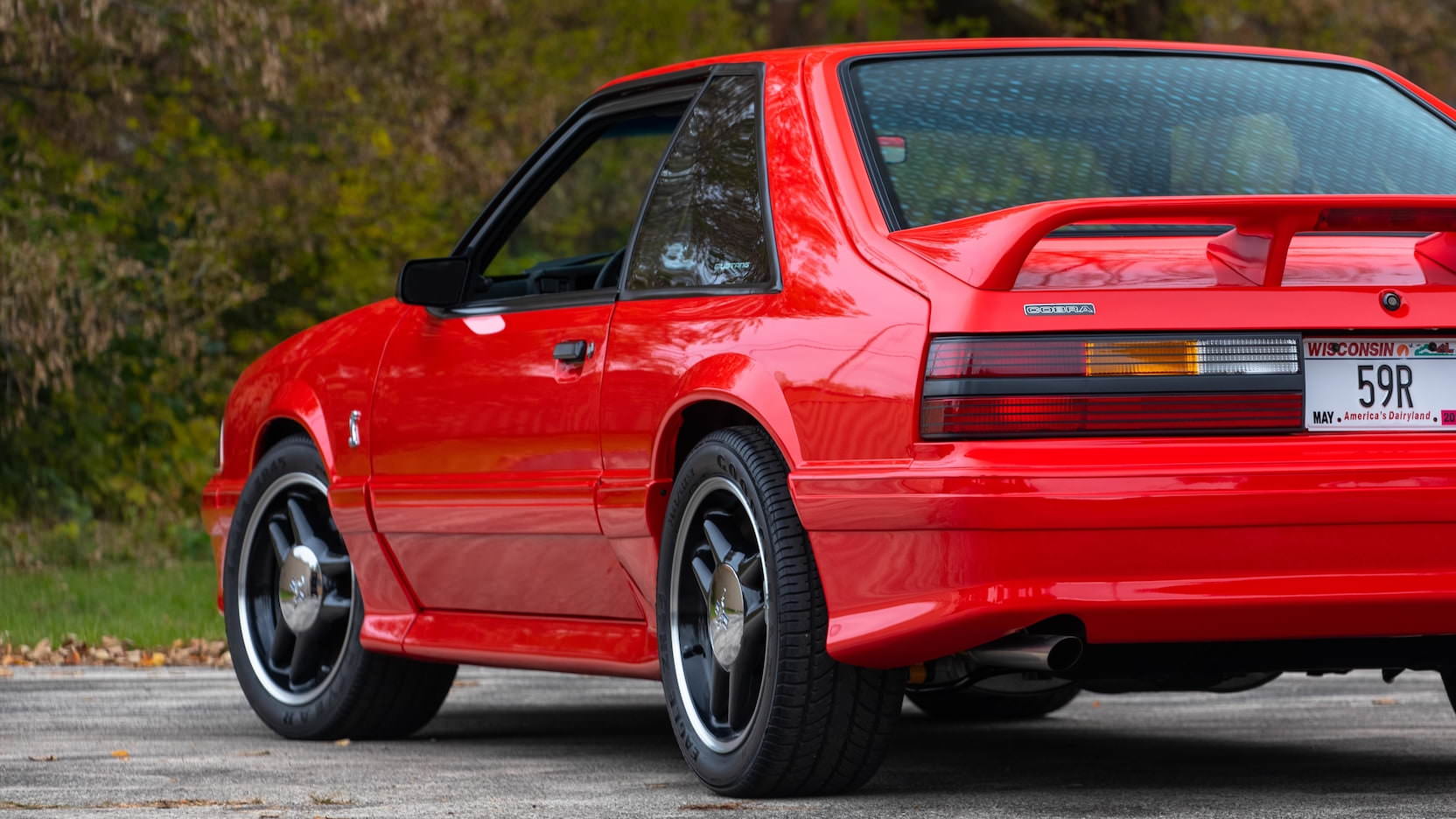