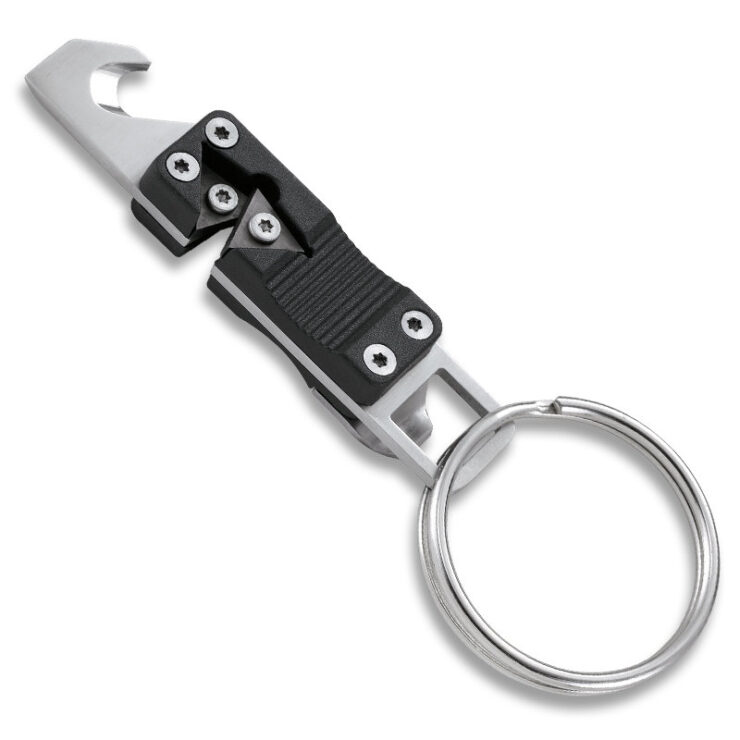 This keychain knife sharpener designed by Tom Stokes is an order of magnitude more useful that that commemorative Boca Raton keychain you’ve been carrying around since 1996 – this one’ll sharpen any blade you slide through it and it also includes a flathead screwdriver, a small channel blade/cutter and a bottle opener.

To operate it you hold it firmly on a solid surface, place the rear of the blade edge into the “V” of the carbide sharpener blades and draw the knife through, pulling towards you – making sure to keep fingers well clear. 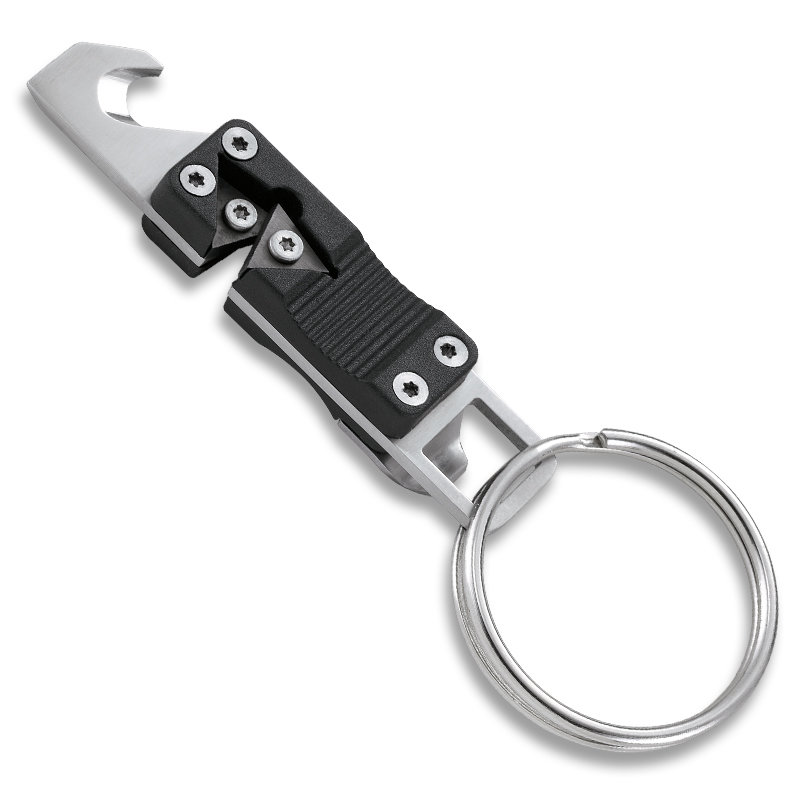